A woman is in hospital with life-threatening injuries after she was shot in the early hours of Sunday.

The Metropolitan Police said the woman, who is thought to be in her 20s, was found after officers were called to reports of gunshots in Consort Road in Peckham, south-east London, shortly before 3am.

Officers, including firearms officers, and London Ambulance Service attended the scene in Southwark. 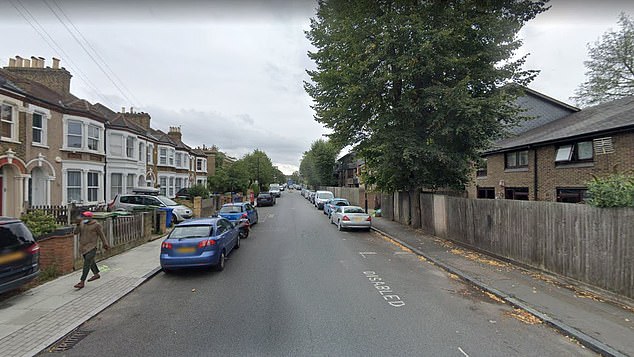 A woman in her 20s is in hospital with life threatening injuries following a shooting in Consort Road, Peckham, in the early hours of Sunday morning

Detectives from the Met’s Specialist Crime Command (Trident) are leading the investigation.

Detective Chief Inspector Jimi Tele said: ‘We are all hoping that this young woman’s condition improves. Our investigation is in its early stages and urgent inquiries are under way to establish the circumstances.

‘I would appeal to the residents of Consort Road and the surrounding area to check any doorbell or dashcam footage for any suspicious activity that may relate to this investigation.’

A police spokesman said there is a significant police presence in the area and a number of roads are closed.

No arrests have yet been made.

Anybody with information about the incident is asked to call police on 101, tweet @MetCC, quoting CAD 1172/23May or contact Crimestoppers anonymously on 0800 555 111.