Home
World News
Woman, 21, records terrifying moment Uber driver relentlessly pesters her for sex despite her telling him 'no'

A YOUNG woman has recorded the terrifying moment an Uber driver relentlessly pestered her for sex – despite her telling him "no".

The 21-year-old woman, from Adelaide in South Australia, shared a video to TikTok yesterday showing her sitting in the front seat of a car. 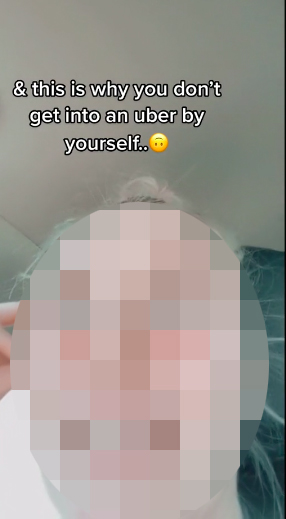 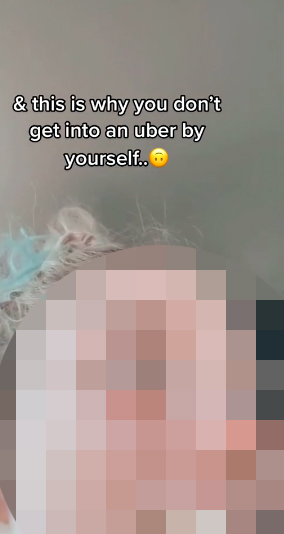 She captioned the video: "This is why you don't get into an Uber by yourself."

The driver can be heard asking her if she wants to go to his house.

"So do you want to go now or not?" the driver asked her.

The woman rejected his suggestion – later saying in the comments that she remained calm to avoid being assaulted by the driver.

The woman said she was visiting her friends house, however the driver continued to try and persuade her, telling her it would take "just a few minutes" to get to his house.

She told him she didn't want to cheat on her boyfriend, to which the driver replied: "Not even once?"

He then said: "Not even half?"

She later wrote that she has been driven by the same man before – but was surprised at his behaviour and would not be using his services again.

The woman said he "seemed very genuine" when they first met, and had talked to her about his girlfriend.

Shocked viewers shared their thoughts on the video, with one saying: "All respect, but you shouldn't have been so nice to him. He just took advantage of your kindness and kept going."

Another wrote: "You did the right thing. You refused consistently and diffused the situation."

The woman said she had reported the driver to Uber.

HOW YOU CAN GET HELP

Women's Aid has this advice for victims and their families:

If you are a ­victim of domestic abuse, SupportLine is open Tuesday, Wednesday and Thursday from 6pm to 8pm on 01708 765200. The charity’s email support ­service is open weekdays and weekends during the crisis – [email protected]

Tags: $21, records, Terrifying, Woman
You may also like
Recent Posts