THE camera was invented over thousands of years by lots of people building on each other’s work.

These days cameras are tiny devices integral to a huge number of portable devices. But early cameras were massive and took hours to produce an image. 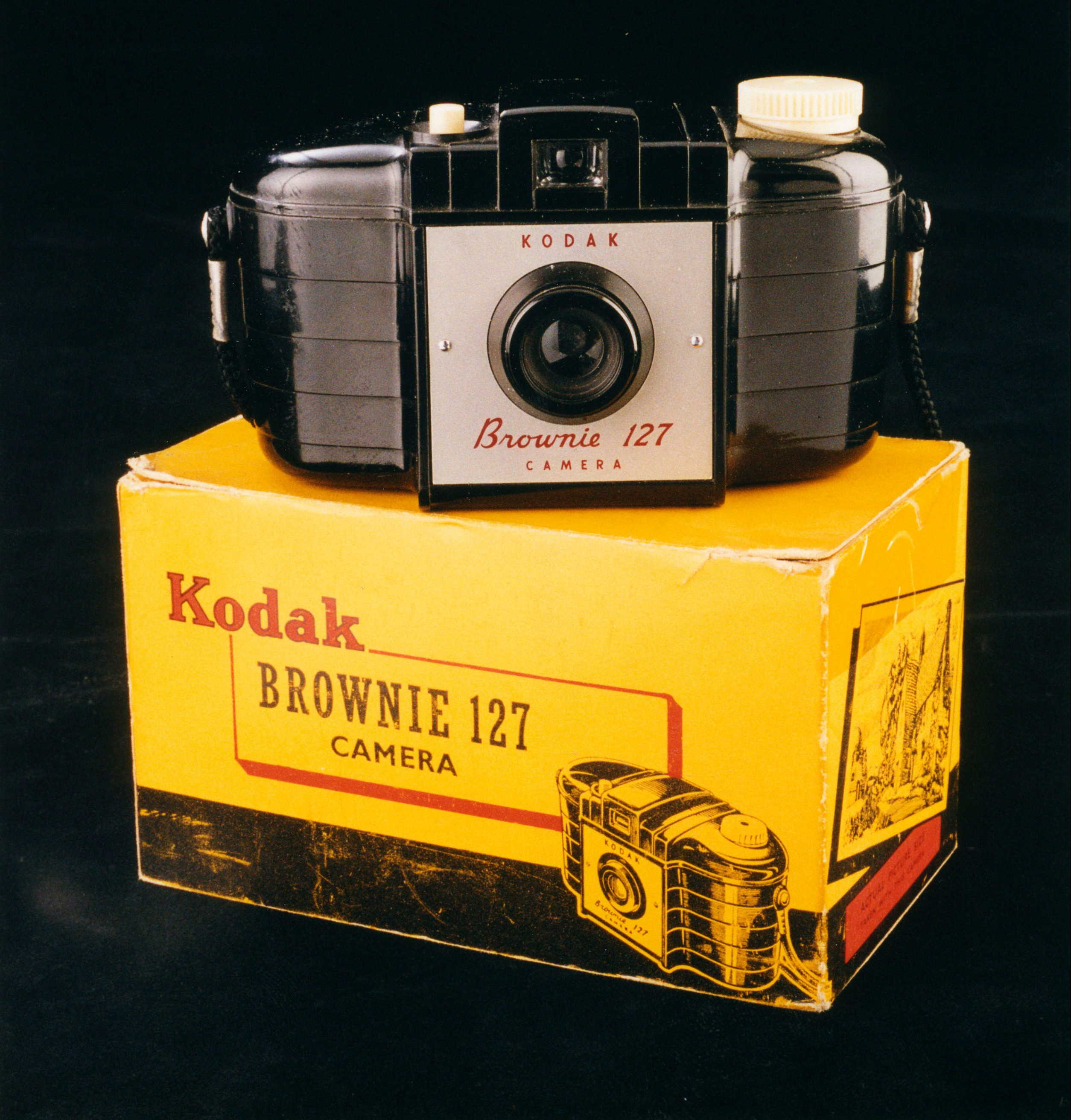 When was the camera invented?

The cameras we know today are the pinnacle of thousands of years of development.

They combine the idea of projecting images accurately, which was first discovered around 2,500 years ago, with the ability to permanently save those images, which was invented only 300 years ago.

Around 400BC Chinese philosophers discovered camera obscura, which means projecting an image on to a flat surface by forcing light through a tiny hole in a screen.

The projected image is an exact copy of the actual image, preserving size, colour and perspective.

This is the idea behind the pin-hole camera, which was developed during the middle ages as a progression of the camera obscura.

In 1685 German author Johann Zahn designed a hand-held camera but didn’t have the technology to make it.

In 1816, work began on the first photographical images; that is, capturing images projected by a pinhole camera on to surfaces treated with specific chemicals.

By 1839, these photographic images were made longer lasting, as the initial images had faded after around eight hours.

Next, manufacturing made paper film more readily available in 1885, which meant pictures could be made more cheaply and sold, enabling mass-marketing of photography.

In 1918, personal cameras started to be marketed and became more widely available to the public as well as specialists and scientists.

However it was still rare to own a camera until 1948 when Polaroid produced the first instant camera.

Then in 1959 the first panoramic camera was invented by Thomas Sutton.

Who invented the camera?

The camera was invented by the efforts of many scientists over many years working on how to project images and how to preserve them.

Mo-Ti, a Chinese philosopher of the Han dynasty, is thought to be the first known person to have projected an image on to another surface using the principle behind the pin-hole camera – known as camera obscurer.

He explored the idea of creating an image while preserving colour and perspective; the basic idea behind cameras today.

Nicéphore Niépce created the first experience like the modern camera in 1826 because he invented a way to preserve the images he copied.

That said, he wasn’t able to keep the images for long, so his ideas were built on by many others before we had cameras like we know today.

This camera was able to take 100 pictures which needed to be sent to Kodak to be developed into pictures.

In 1900 Eastman Kodak marketed the Brownie, invented by Frank A. Brownell, which brought the snapshot to the masses.

Oskar Barnack invented the first commercially successful cameras in 1913, the Leica cameras, and these were sold after World War I. 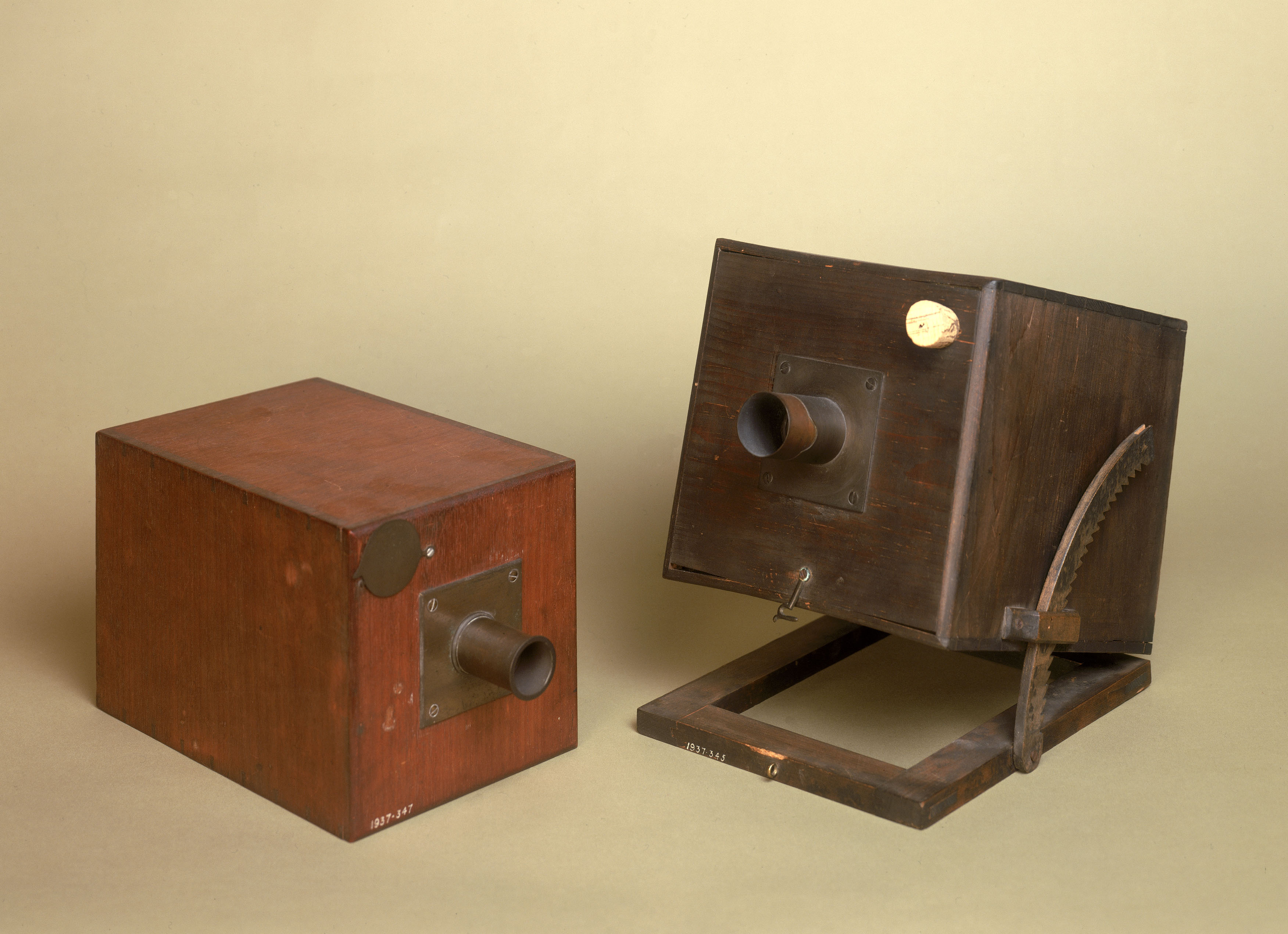 When was the first camera used?

The idea of the modern camera was probably first used in 1826. This combined the pin-hole idea of projecting images with the ability to preserve them.

It is French inventor, Nicéphore Niépce, who is credited as the inventor of photography and a pioneer in that field.

He invented heliography, which is an engraving process in which the image is obtained by photographic means.

Initially he used bulky materials such as bitumen and pewter to capture the images, but later efforts using paper film probably best approximate the modern camera.

Niépce had difficulties with the images fading, a problem future inventors worked on and solved.

Early "film" was made of a sheet of silver chloride coated paper.

In 1839, the Daguerreotype camera, with its lasting images, was invented by Louis Daguerre who had worked with Niépce.

In 1840, Henry Fox Talbot followed this with the very similar Calotype camera.

Some also credit Alexander Wolcott with creating the first long-lasting images in 1840.

What is the oldest picture in the world?

The oldest photographical image is around 300 years old and was created by Niépce in 1826.

Niépce called the image, "view from the window at Le Gras", because it was of the tree and roof tops from his window in a French commune.

To preserve the image he spread bitumen over a pewter plate which he then left in a camera obscura.

After eight hours the bitumen exposed to the light had hardened, so when he removed the soft bitumen the image remained.

Tags: camera, invented, The, Who
You may also like
Recent Posts