An Advanced Placement Government teacher in Loudoun County, Virginia is speaking out about what she calls “Marxist” ideas that have prompted intense infighting among county residents.

“We’re told that we’re living in a county that’s suffering from systemic racism and I think that that whole notion has done nothing but damage our community and our school since they began pushing equity,” teacher Monica Gill told Fox News this week. 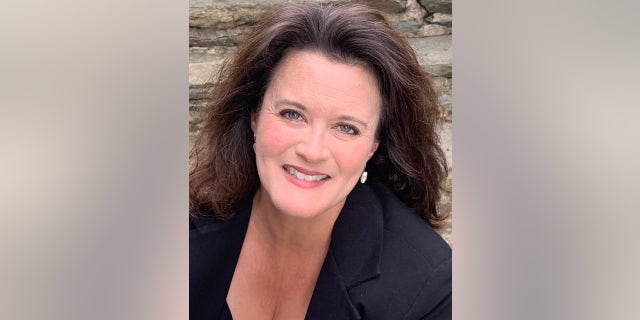 Her comments came amid a raging debate over the county’s controversial equity and diversity trainings, forms of which have surfaced in schools across the country.

On Tuesday, the frustration among Loudoun’s parents once again burst forth during a contentious school board meeting. With plenty of mic-drop moments, the vast majority of in-person guest speakers lambasted ideas associated with critical race theory or the county’s stalled reopening in the pandemic.

Parents have repeatedly accused the administration of providing insufficient responses to their complaints. As of recent, they’ve demanded a town hall where parents and officials would purportedly have a more in-depth discussion about the ideas pervading teacher trainings.

Like Gill, parents who spoke with Fox News this week indicated that the ideas taught by the school district had created division within the county.

At one point in Tuesday’s meeting, an educator accused the school board of being “fascists” in their pursuit of racialized curricula.

“You are racists now, you are the fascists, you are the oppressors,” said Jeremy Wright, a teacher at Douglass School.

He later told Fox News that “there was a lot that motivated” him not to make that speech. “I feel like I’m kind of walking a tight rope when I go in there and this one I made pretty personal because I just think that they’re not listening.”

The county has maintained that it doesn’t utilize critical race theory (CRT).

“In explaining LCPS’ equity priorities, it might be helpful to state what they are not. They are not an effort to indoctrinate students and staff into a particular philosophy or theory. What they are is an effort to provide a welcoming, inclusive, affirming environment for all students,” said Interim Superintendent Scott A. Ziegler.

“LCPS’ work on equity is a journey that requires the commitment of staff at all levels. I feel the staff’s work, which has been sustained, honest and undertaken in good faith, has been misrepresented recently by some members of the public,” he added.

However, opponents have suggested that the buzzwords and concepts employed are too similar not to be an advancement of CRT.

Once an obscure phrase confined to academia and high school debate rounds, CRT has garnered significant attention in the wake of George Floyd’s death. Across the nation, curricula has surfaced with controversial claims linking widespread racism and White supremacy to seemingly neutral activities. For example, the states of Oregon and California have promoted materials suggesting that math contains racist elements that must be dismantled.

Loudoun parent Scott Mineo leads Parents Against Critical Race Theory with a website that continually tracks instances like these. While ideas surrounding equity and diversity have been in public education for years, public outcry has skyrocketed in recent months. Mineo told Fox News that an “awakening” occurred when the school district criticized Dr. Seuss books for carrying “racial undertones.” Although headlines framed the issue as Seuss getting cancelled, the school district later clarified it wasn’t banning any of his books.

Reckoning with the ‘Chardonnay Antifa’

Over the past year, parents and school officials have been pitted against each other in abnormally hostile ways due to tension surrounding CRT.

Perhaps the most striking example of this involves a secret online group, members of whom critics have labeled as the “Chardonnay Antifa.” School board members have been identified as members of the “Anti-racist parents of Loudoun County” Facebook group. They have allegedly compiled a list of critical race theory opponents and attempted to track, hack and “doxx” them.

David Gordon, who leads the anti-CRT Virginia Project, provided a number of screenshots allegedly taken from the private group that he said showed evidence of an attempt at soliciting cybercriminals to go after groups opposed to teaching and taxpayer funding CRT programs.

In one post, a group member shared “a call for volunteers” to combat anti-CRT advocates and websites. She asked for volunteers to help “gather information” on critics of the controversial race-based education platform, to “infiltrate” their groups and sought “hackers who can either shut down their websites or redirect them.”

Others show group members listing the names, addresses and workplaces of community members they disagree with.

A parent who spoke on the condition of anonymity told Fox News that people appeared to take pictures outside of their house after the list was compiled. The Loudoun County Sheriff’s office wouldn’t discuss specific allegations but confirmed to Fox News this week that an investigation into various allegations of harassment is underway.

Multiple members of the group – V.R. Maddox, school board member Beth Barts, and Chairwoman Brenda Sheridan – did not respond to Fox News’ request for comment.

In a LinkedIn message, member Jamie Neidig said she had received death threats and accused Gordon of posting her address on Twitter. Gordon, who moved and currently resides in South Carolina, told Fox News that he may have inadvertently posted her address by tweeting a public document.

At an equity meeting last week, one of the group’s members, a middle school teacher named Andrea Weiskopf, seemed to suggest that parents were racist for opposing equity trainings.

“Over the past few weeks, a small group of Loudoun residents have put their racism on display for the nation,” said the speaker, who was identified as Weiskopf.

“They have been emboldened by the meekness and silence of those on the school board and in the community … it is the duty of the school board to acknowledge such overt and blatant racism against the students under your care.”

When asked about Weiskopf’s comments, Gill told Fox News that it was “absolutely so sad to see someone thinking with that mentality and completely unaware that the mentality that she expressed there was itself based in racism against White people.”

Gill later clarified that “a more accurate reflection is that [Weiskopf] is supporting School Board policies that encourage racism towards White America, the Caucasian people in our community. Her comments were inflammatory and paint a false picture of our school environment as a dangerous and violent place for our minority students.”

Weiskopf did not respond to Fox News’ requests for comment. In a statement, Loudoun County Public Schools (LCPS) emphasized that Weiskopf was exercising her First Amendment rights and that it “has stated, consistently, that it does not condone the actions of employees – or anyone – who would target fellow members of the community for expressing their viewpoint.”

That respect for the First Amendment presumably applies to Gill’s criticism of CRT as well, but that wasn’t always so clear. The Daily Wire previously reported on how the leader of the district’s Minority Student Achievement Advisory Committee (MSAAC) proposed punishing teachers if they criticize equity trainings.

“That simply cannot and should not be tolerated by anyone employed by LCPS!” MSAAC Chair Keira Jennings reportedly wrote. She then appeared to call for teachers to be dismissed if they did not fully embrace diversity training.

“If our teachers and staff cannot be open and willing to learn how to be culturally competent then they do not need to be in the classrooms any longer as they will only hinder the process and most importantly cause irreparable harm to the vulnerable hearts and minds of our students,” Jennings said.

Who exactly is the school board serving?

Donning a “Black Students Matter” shirt Tuesday, Weiskopf assured the children of Loudoun County that “whoever you are, you belong here.”

“Now, I return my attention to you,” Weiskopf said, looking up at the school board. “Remember that you are not elected to serve your constitutents. You are elected to serve the children of Loudoun,” she added.

The recent onslaught of parental criticism has raised questions about why the county decided to implement ideas related to critical race theory in the first place. It doesn’t appear as though any major changes will occur either, despite a steady flow of outrage from the community.

On Tuesday, parent Erin Dunbar reminded the board that their and teachers’ salaries are paid by her and other residents of the county.

“I was disgusted to learn last week that a Loudoun teacher whose salary is paid for by us and our tax dollars had the gall to phone into an equity meeting and call parents racist for being against this program,” she said, apparently referring to Weiskopf.

She added: “Bigotry comes in many forms and the fact that an LCPS employee can freely use such derogatory words to describe parents is a perfect example of what’s wrong with this county’s decisions.” Part of her ire was also directed at a Loudoun teacher who, in a now-viral video, berated a student for not explicitly recognizing racial differences in a picture of two girls — one Black and one White.

It’s unclear what exaclty Weiskopf meant in her comments about constituents, and an LCPS public information officer declined to comment when contacted by Fox News. Instead, the officer, Wayde Byard, pointed to a document on the board’s “Legal Status, Authority, Powers and Duties.” The document doesn’t specify who the school board is intended to serve, but rather said members derived their authority from “the Constitution of Virginia, the Code of Virginia, and the regulations of the State Board of Education.”

But according to Ian Prior, a Loudoun parent and former Trump administration official, the school board failed to fulfill their responsibilities to taxpayers. In announcing a political action committee to recall board members this week, he said that members had “abused their office” and “been incompetent in the performance of their duties.”

LCPS did not respond to a request for comment on Prior’s PAC and its goals.

Besides enraging critics, equity programs can cost taxpayers significant sums of money, raising questions about what measurable achievements they’ve wrought other than strife. One diversity consulting group called the Equity Collaborative has received nearly $500,000 from the school district. According to The Washington Free Beacon, that included $90,000 in salary for Jamie Almanzan, the owner who is described as an equity leadership coach.

COVID-19 seemed to fuel the controversy as it relied on more distance learning, which has received criticism from both parents and students nationwide. With virtual learning, lessons started to take place in households where parents could actively monitor – or record – charged rhetoric about race. And despite parent demands, Loudoun is one of many school districts that has yet to fully reopen, prompting concerns about students’ mental well-being.

One speaker at Tuesday’s meeting implored the board to focus on mental health and decried the isolating effects lockdowns had on students.

“This is so important, more important than adopting a world language curriculum tonight. Make getting kids back in school – all of them now – a priority. There are no more excuses left.”