The state’s political leaders have joined thousands of Victorians rushing to be vaccinated against COVID-19 amid calls to allow more adults to get the jab.

Acting Premier James Merlino became eligible for the vaccine on Friday and took the opportunity to be inoculated at the Royal Exhibition Building after his government expanded eligibility to his under-50 age group. 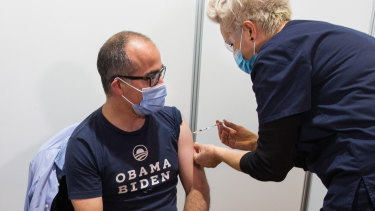 Opposition Leader Michael O’Brien, also under 50, received his first vaccination at the Melbourne Convention and Exhibition Centre on Friday.

While most eligible Victorian MPs have been vaccinated, an analysis by The Age has found about a third of those over 50 are not confirmed to have received the jab.

The Age contacted MPs it identified as being over 50 to ask whether they had received at least one shot. Of the group of 63 MPs, more than 40 confirmed they had received the jab, while others were intending to be vaccinated in the future or did not respond to questions. 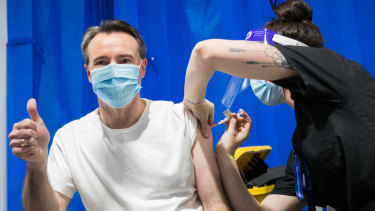 Labor MPs had a higher uptake, with more than 79 per cent confirming they had received the vaccination compared with 55 per cent of Coalition MPs. Six of the 11 crossbench MPs identified as being eligible for the jab said they had received it.

Other Labor MPs, including Matt Fregon, said they had booked a time to be vaccinated in the coming weeks.

Frontbenchers David Davis and Georgie Crozier were among the Liberal MPs to have received the vaccination. Others, including David Hodgett and Nick Wakeling, have booked times to receive the vaccination next month. Upper house MP Bernie Finn did not respond to requests for comment.

National Party leader Peter Walsh, 67, said he hadn’t received his first vaccination but intended to get it soon.

The state’s oldest MP – Labor’s John Kennedy, who was 71 when he was elected in 2018 – has received his first AstraZeneca shot.

Politicians from across the political spectrum have urged Victorians to get inoculated to protect against future outbreaks.

The vaccine rollout has suffered from a lack of vaccine supply, but the Victorian lockdown has fuelled uptake. More than 17,000 shots were given on Thursday, about double the amount given on single days last weekend. 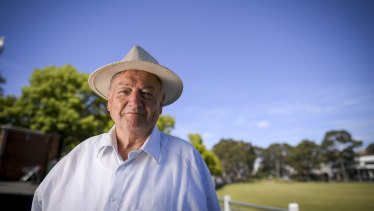 Mr Merlino, 48, urged all eligible Victorians to get a COVID-19 vaccination once they became eligible.

“This is our best and fastest way out of the pandemic,” he said.

The acting Premier – who wore an Obama-Biden T-shirt for his vaccination – said he didn’t believe Premier Daniel Andrews had yet been vaccinated because he was under 50 and had become eligible only this week.

After receiving his jab, Mr O’Brien, 49, said getting a vaccination was something every Victorian could do “to keep us all safe and end these lockdowns”.