The huge leap in deaths is the second highest jump anywhere in the world – beaten only by America’s tally of 1,971 from the day before. 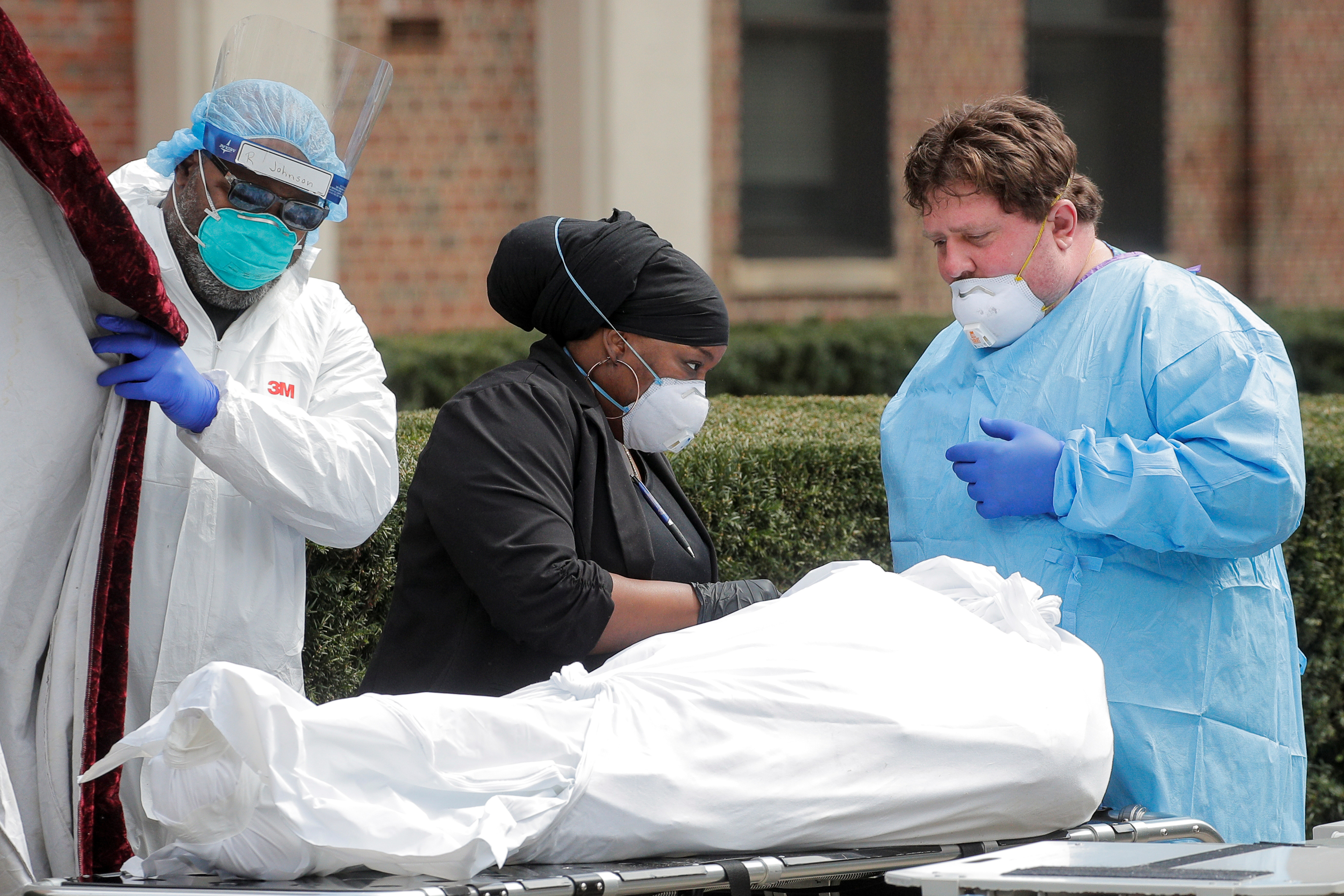 The number of confirmed cases also jumped by an enormous 31,935, bringing the national total to 435,160.

And the country is still three days away from its projected “peak” on April 12.

A leading forecasting model used by the White House to chart the coronavirus pandemic predicts the outbreak will be at its worst in the US on Sunday.

But there could be light at the end of the tunnel, according to the model created by the Institute for Health Metrics and Evaluation (IHME) at the University of Washington.

It slashed its predicted total US death toll from 82,000 to 60,000, and brought the expected peak forward from April 16.

It also revised predictions to say the US could need fewer hospital beds, ventilators and other equipment than previously projected, the Washington Post reports.

But some experts have said the model’s projections have been consistently lower than those of other models.

It comes as Donald Trump said the lockdown end-date is "not far behind" Easter as he predicted there will be an economic "big bang" to come.

During a press conference on Wednesday the President added that he does "not like giving dates", following the "aspirational" Easter date he set last month.

He told reporters: “I don't like giving dates. I don't think we're going to be very far behind.

“We'll see what happens. We have a lot of good things happening.” 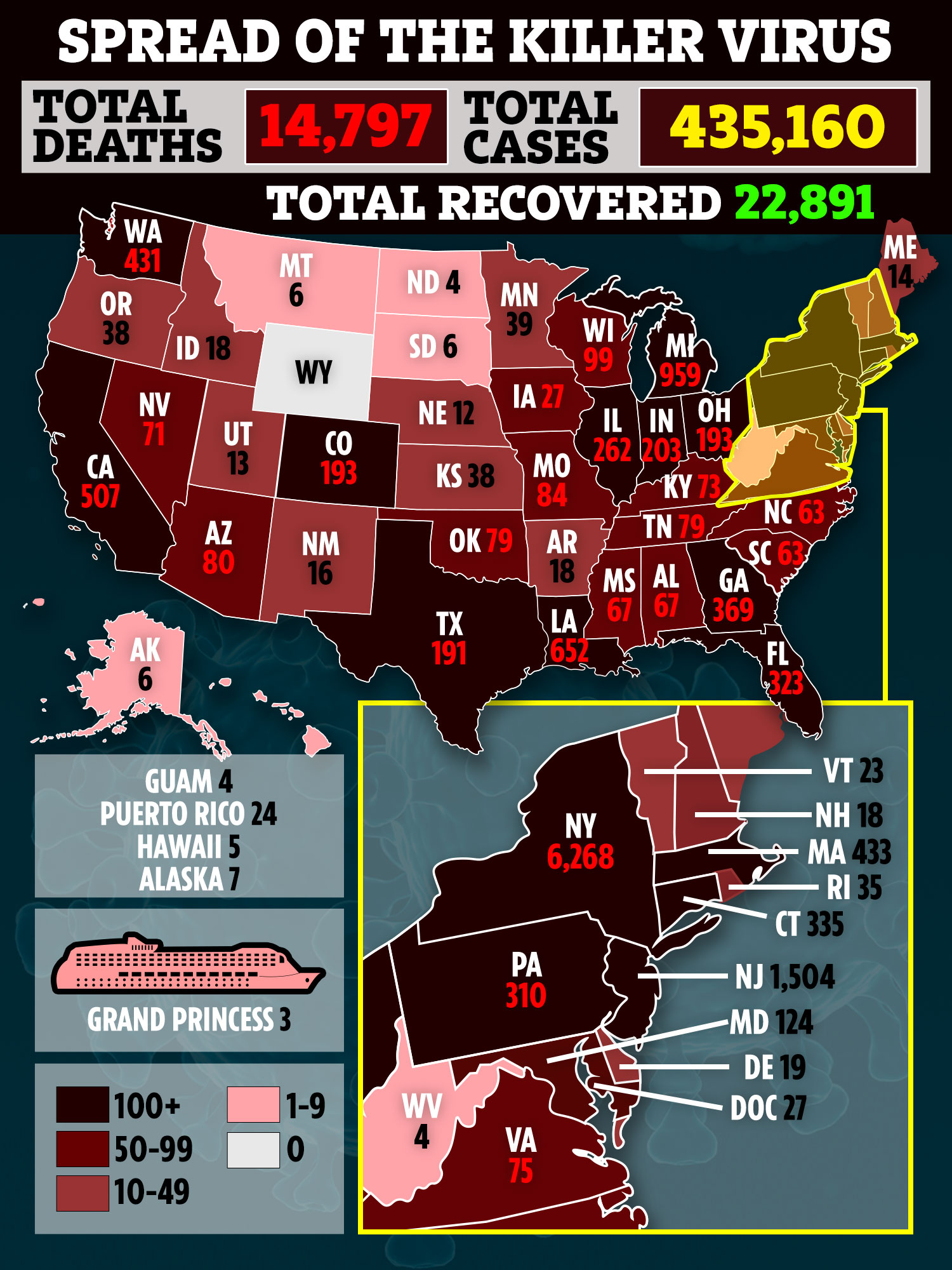 The CDC also announced that some essential workers who have been exposed to the deadly coronavirus can return to work.

In the first sign of the pandemic lockdown ending, the Trump administration released guidelines to help employees return to their jobs.

Dr Robert Redfield, director of the the Centers for Disease Control and Prevention, announced at the White House that essential employees who have been within six feet of a confirmed or suspected case of the virus can return to work under certain circumstances if they are not experiencing symptoms.

During his press conference, the president also vowed to open the US economy soon, and hopefully with a "big bang".

He said: "We can do it in phases, go to some areas where – you know, some areas are much less affected than others.

"But it would be nice to be able to open with a big bang and open up our country, or certainly most of our country." 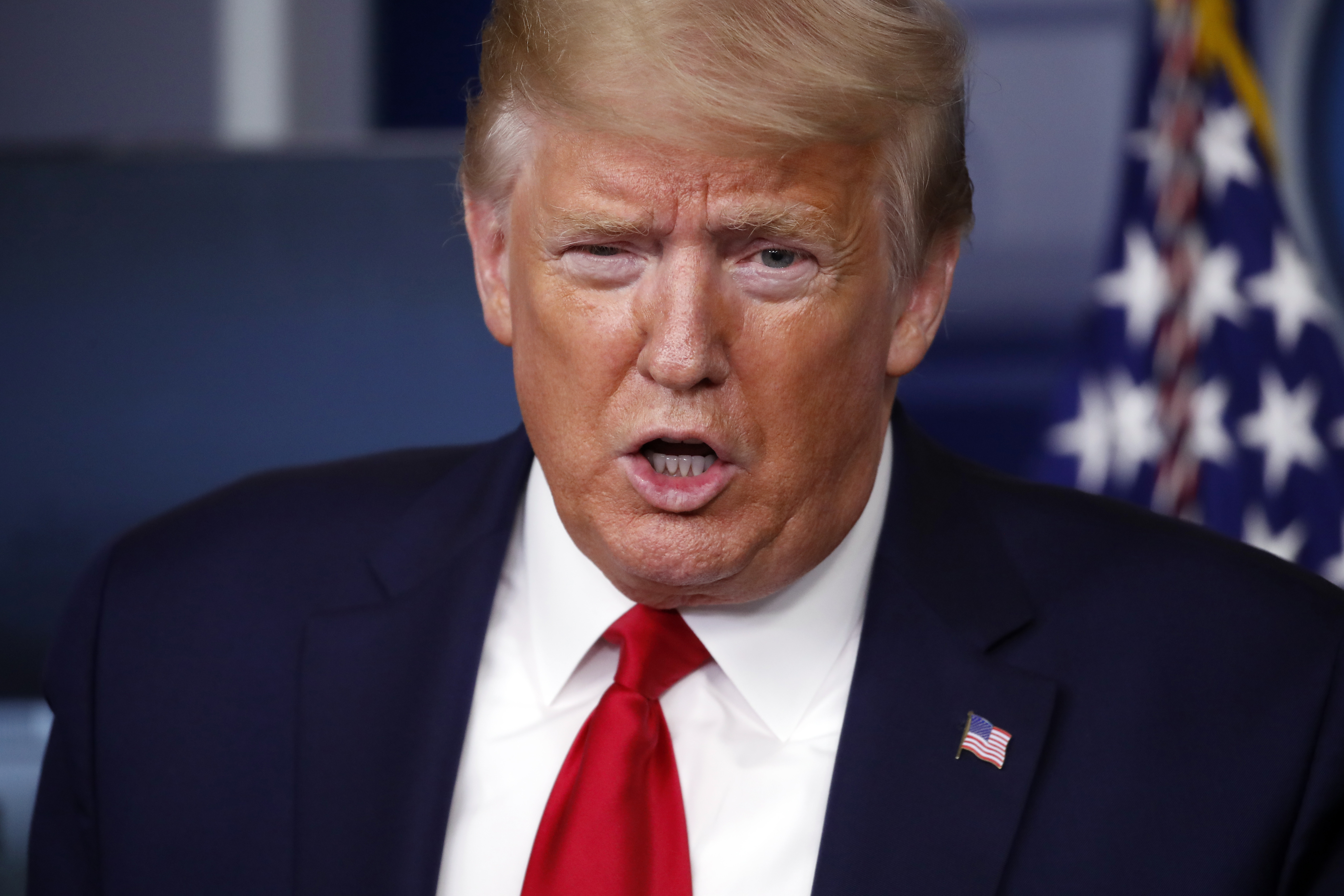 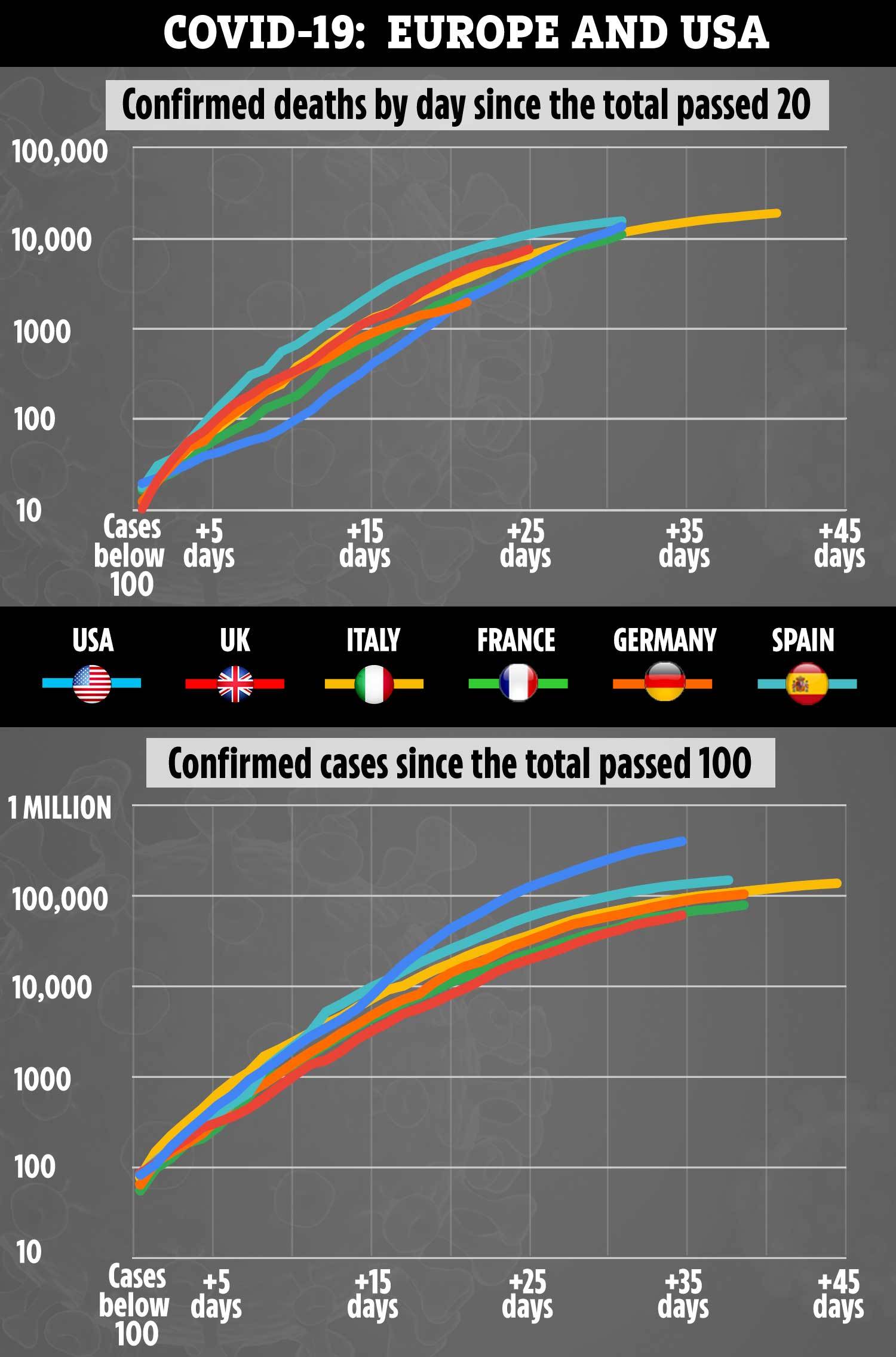 Tags: Coronavirus, Death, hits, toll, Us
You may also like
Recent Posts