THE UK will be hotter than Ibiza today as sunshine continues to blaze during lockdown.

But sun worshippers are urged to make the most of 28C temperatures – because by the end of the week, the mercury could drop by 10C as thunderstorms roll in. 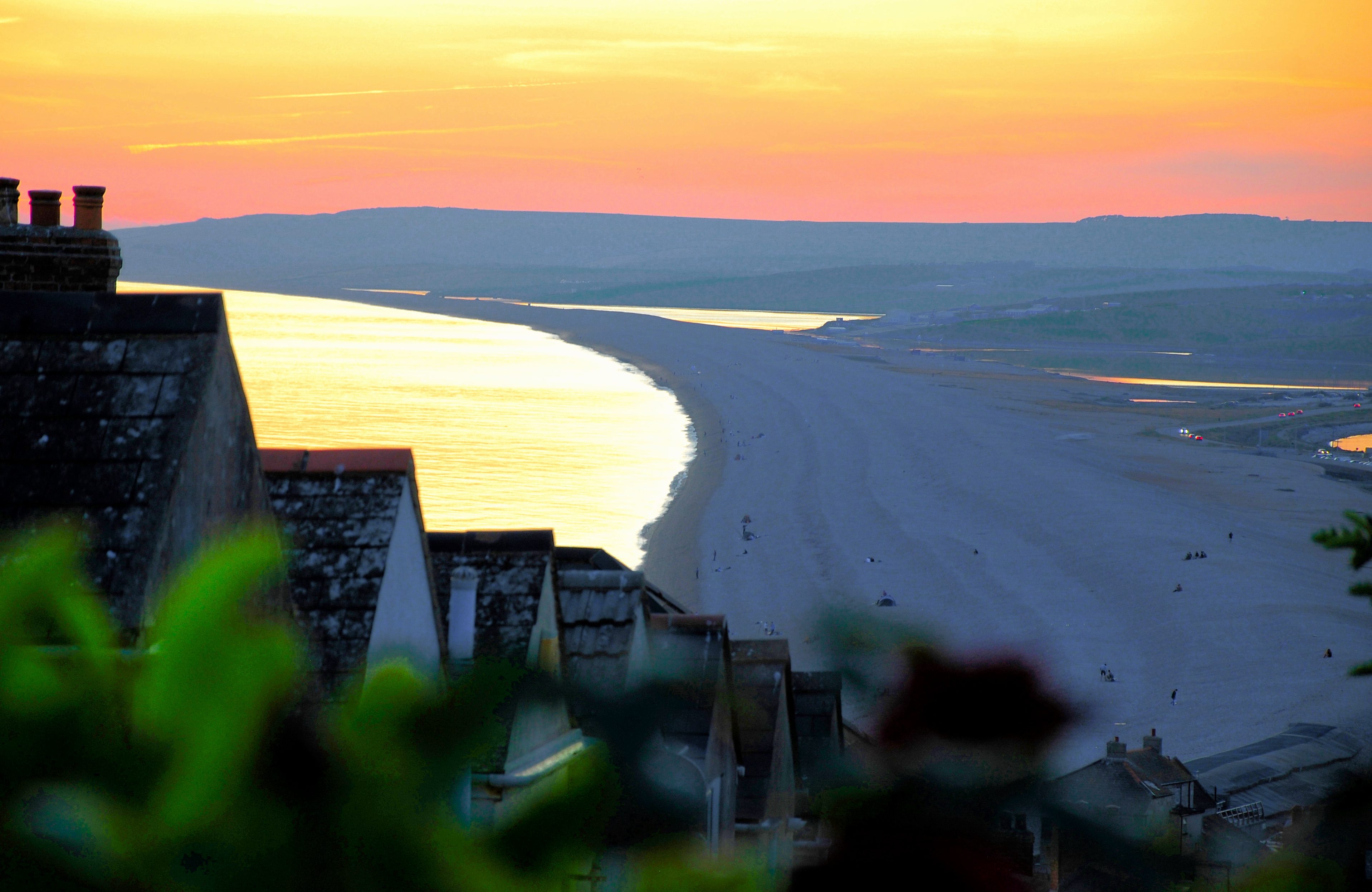 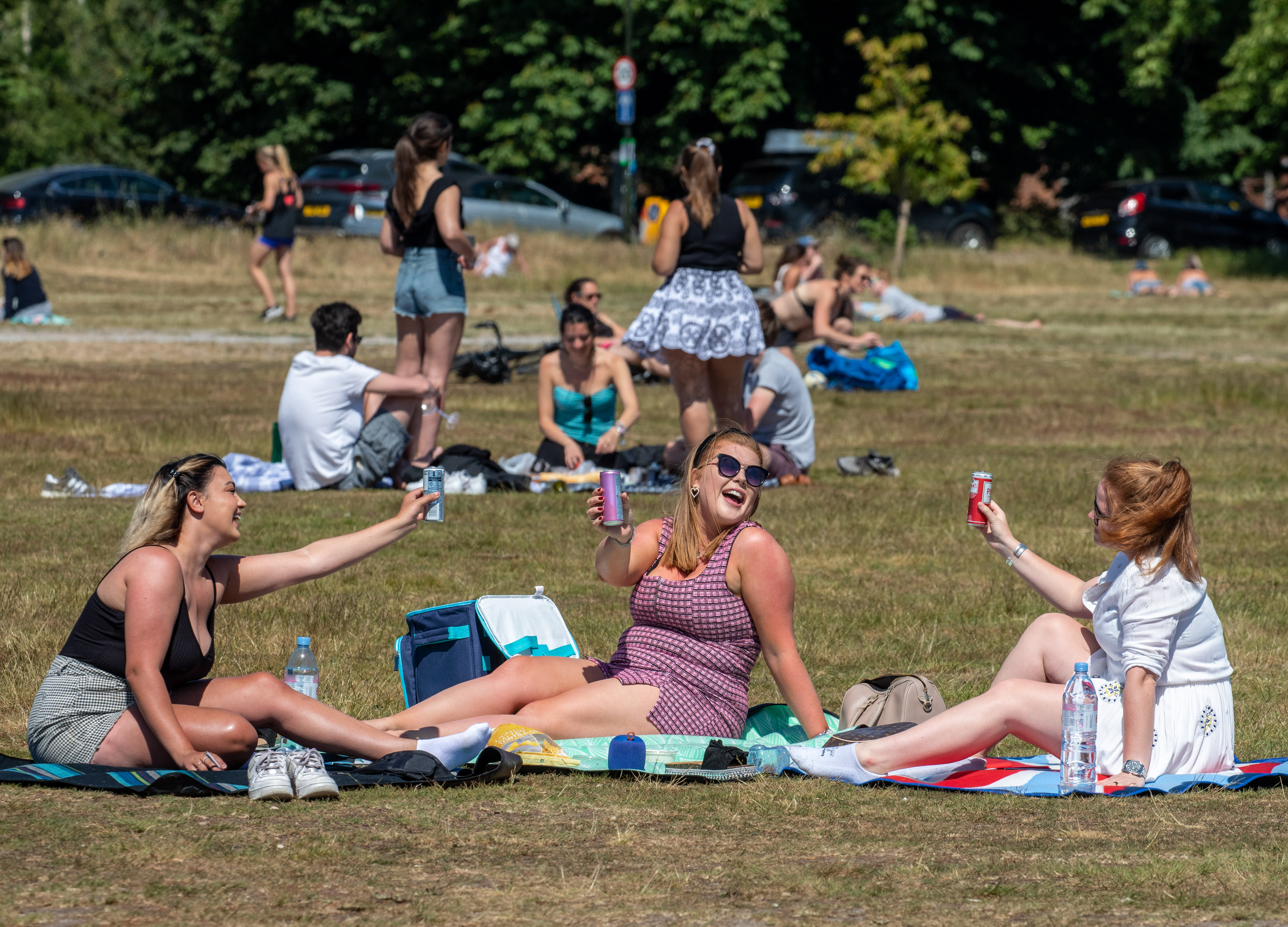 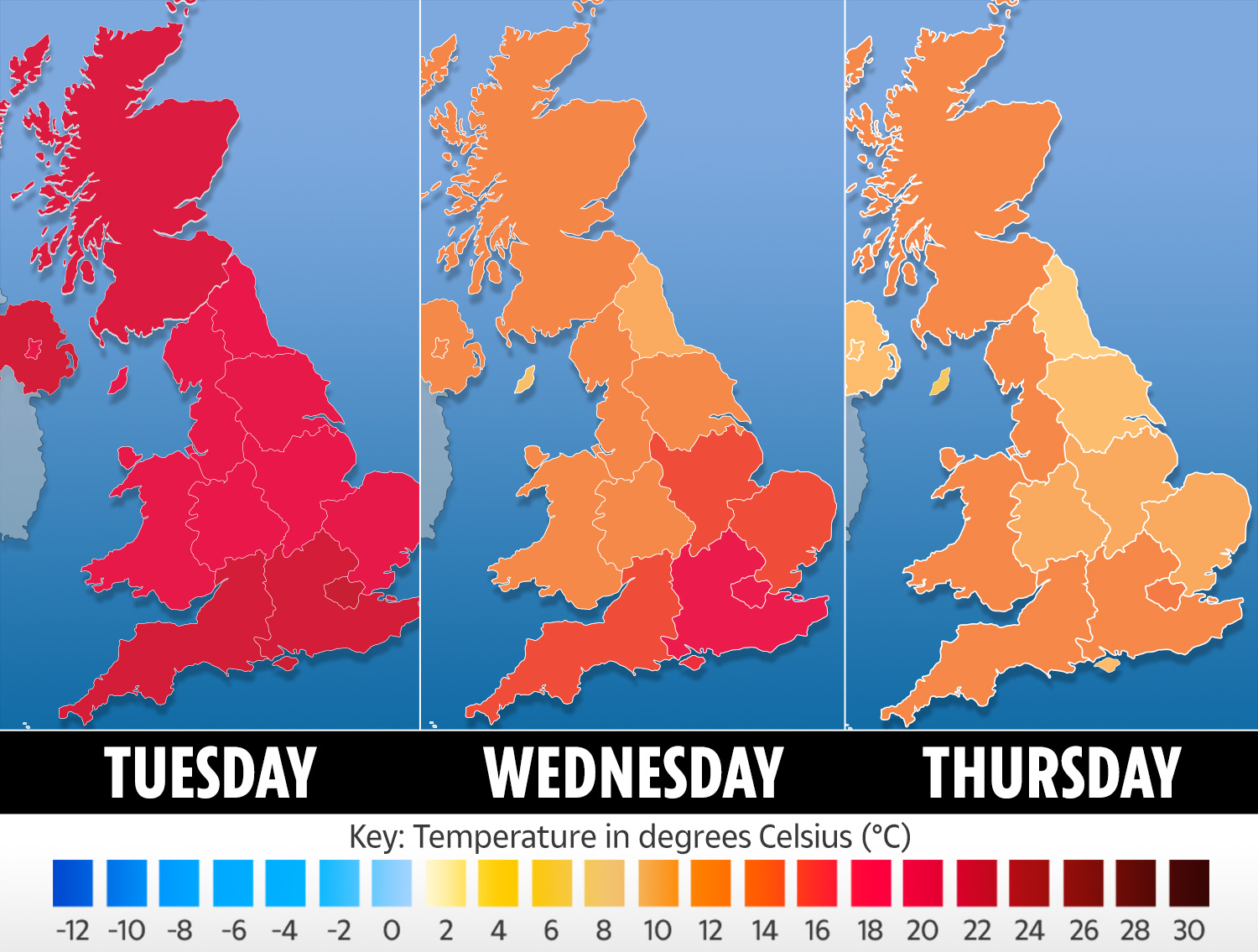 There's been plenty of sunshine since April, but colder weather is likely to set in – just as the coronavirus lockdown is being eased.

Britain scored a hat-trick of new weather records this spring, according to new figures from the Met Office.

It was the fourth driest since rainfall records began in 1862. Both England and Wales saw just 17 percent of their average monthly rainfall.

Scientists described the conditions as “unprecedented and astounding”.

On average, the UK gets 436 hours of sunshine between March and the end of May.

This year we have bathed in over 620 hours of sunshine.

'IT COULD BE THE HOTTEST DAY'

The warm weather comes hot on the heels of the wettest February ever known.

But forecasters say we need to make the most of today, as the weather is set to turn much cooler.

Met Office forecaster Nicola Maxey told the Mirror: "It's borderline, but we may see the high temperature record go.

"Later in the week, there'll be a marked drop.

"Temperatures will be returning more towards average for this time of year, perhaps even a little below."

And her colleague Greg Dewhurst said: "Much of the UK will stay warm and sunny on Tuesday."

He predicted highs of between 24C and 27C, although said we could see the mercury peaking at 28C.

But by Wednesday, there'll be showers in England and Wales, with temperatures falling to between 15C and 20C.

It comes as the coronavirus lockdown measures began easing on Monday.

Gatherings of six are now permitted, including in gardens, as long as social distancing guidelines are followed.

But it may be difficult to make the most of the change, with the colder and wetter weather set to continue on Thursday and Friday.

Forecasters say temperatures on both days will only peak at around 20C. 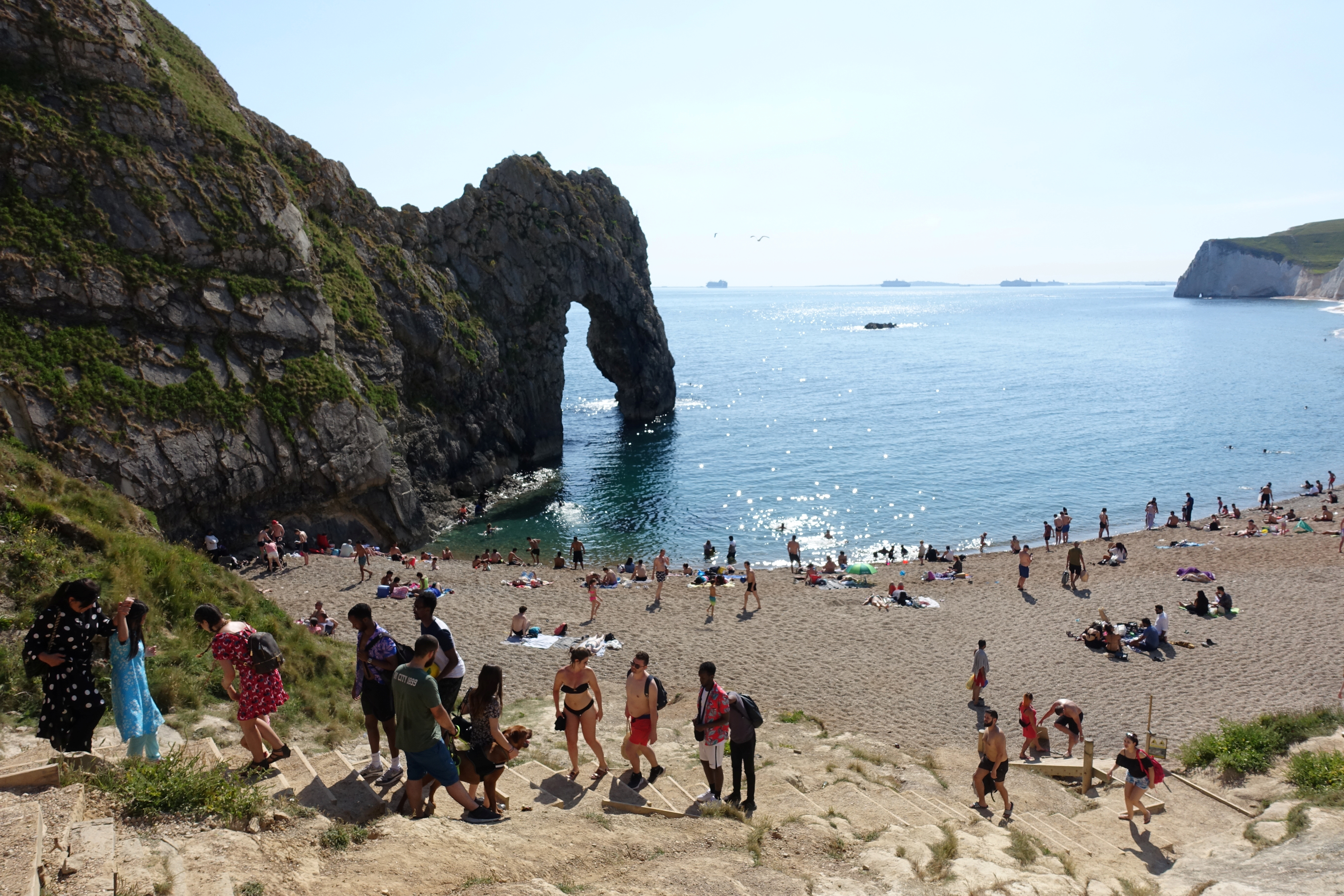 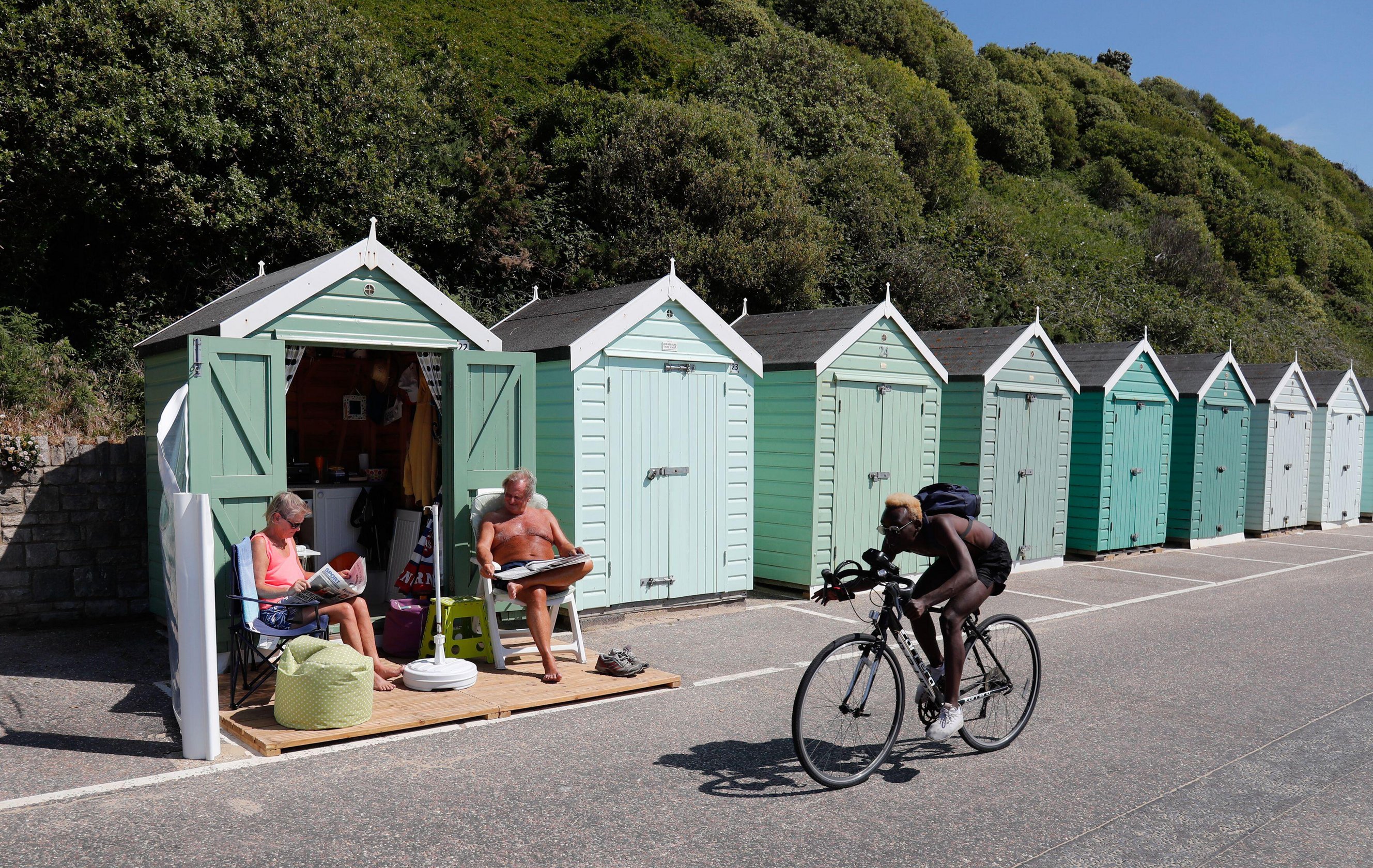 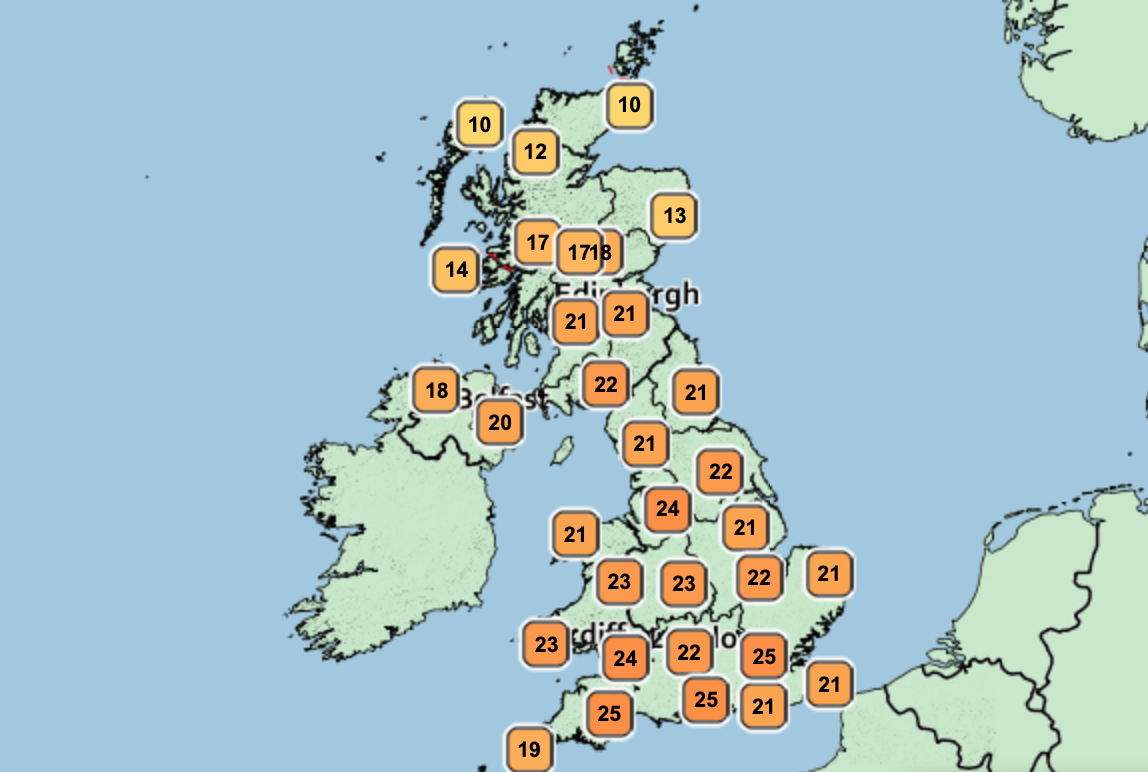 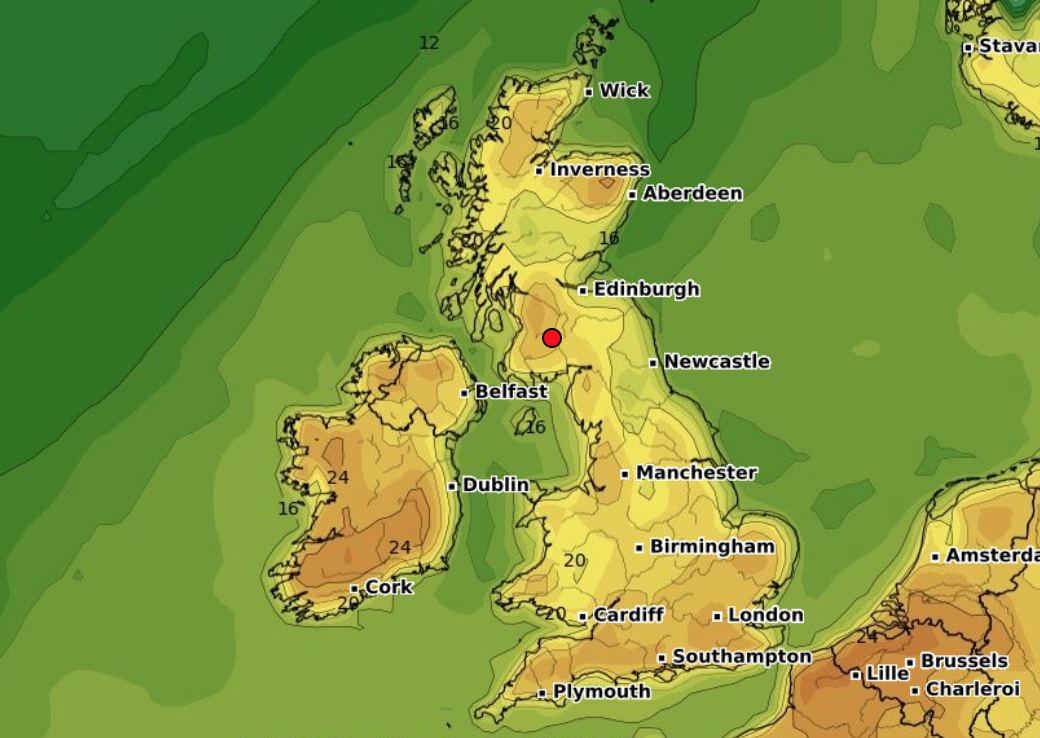