FOOTBALL fans will bask in 29C heat as the Euros kick off on the hottest weekend of the year.

Brits are set to pack out sunny beer gardens to cheer their team on as England face Croatia on Sunday.

🔵 Read our UK weather live blog for the latest forecasts 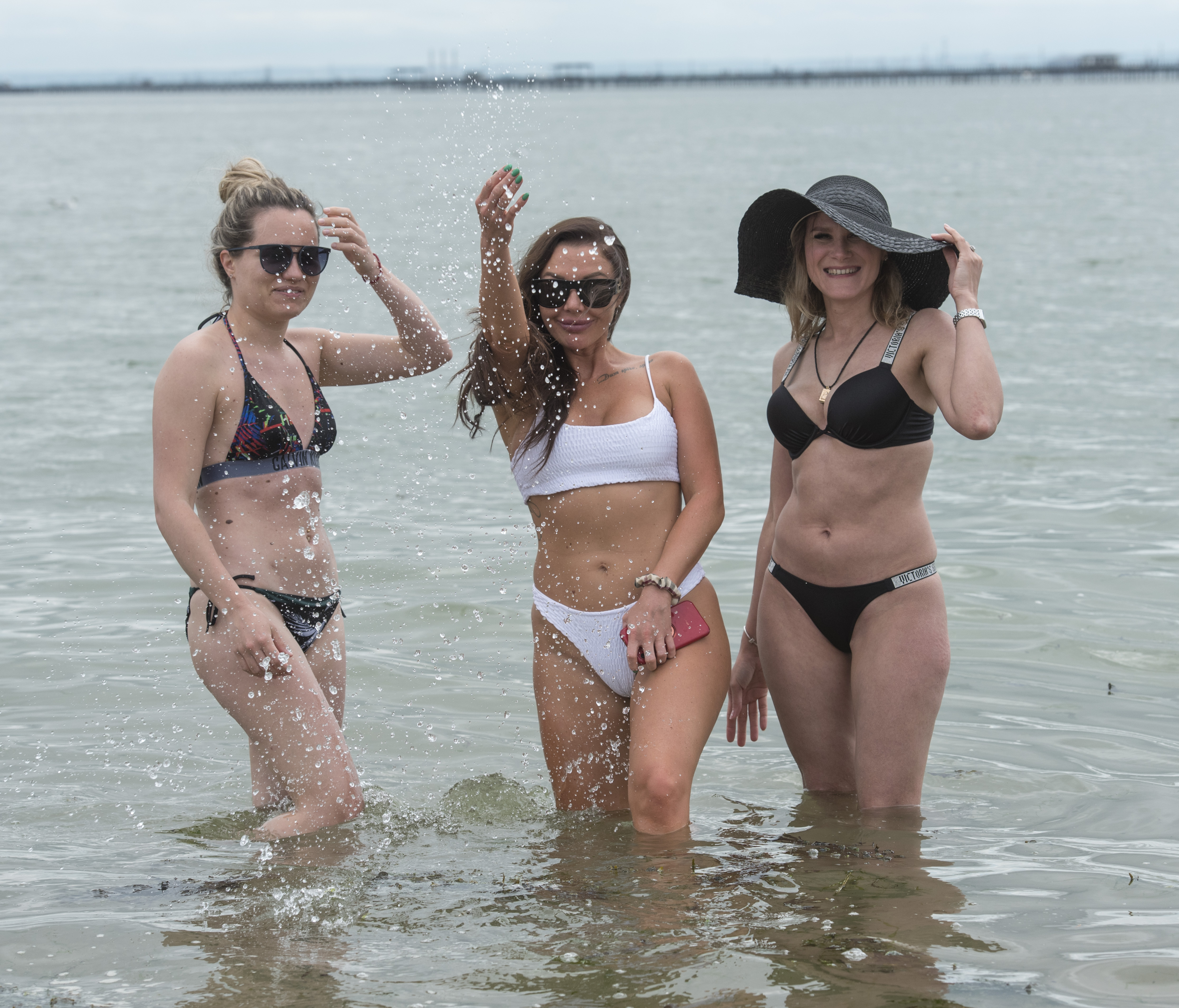 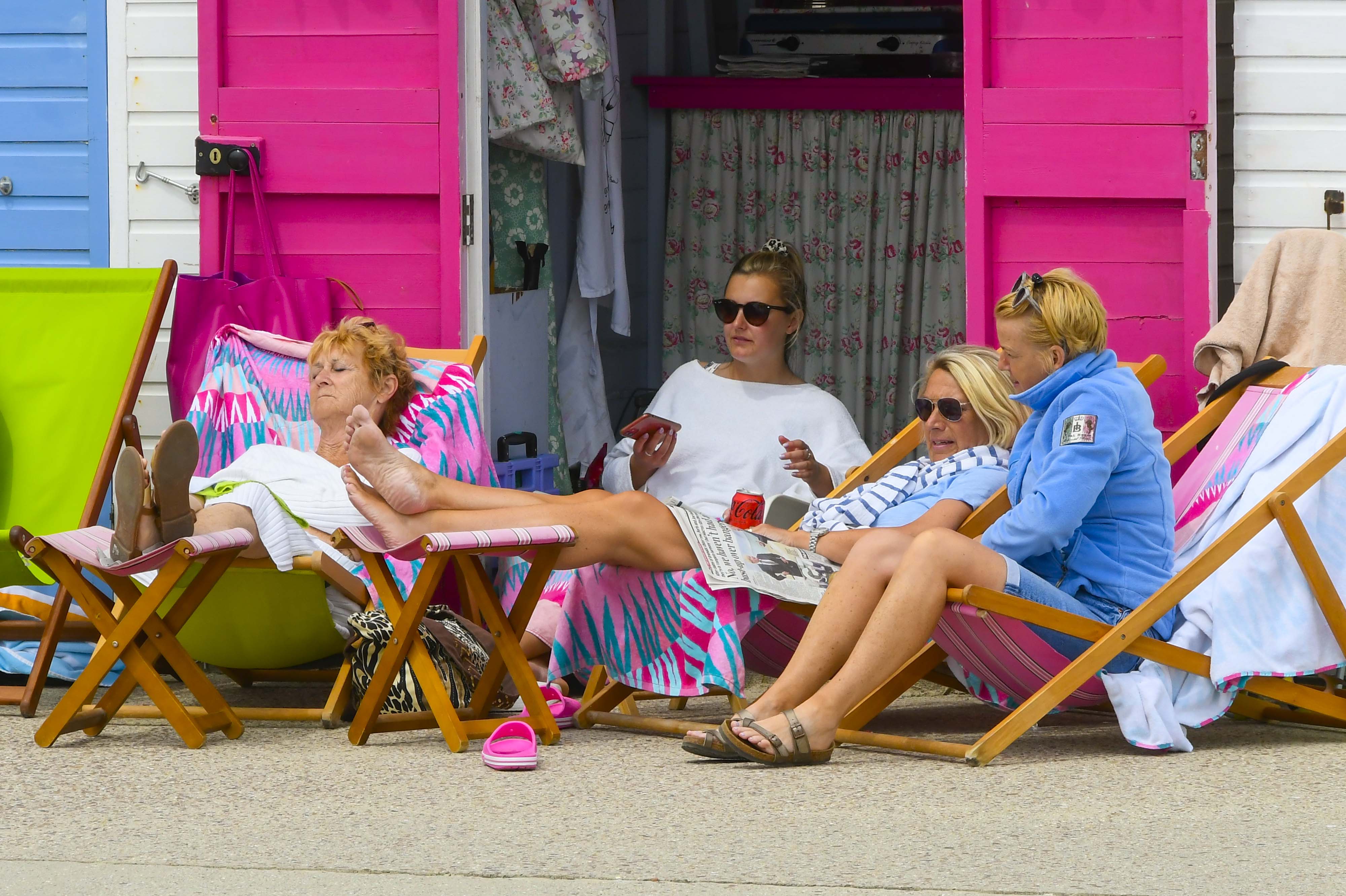 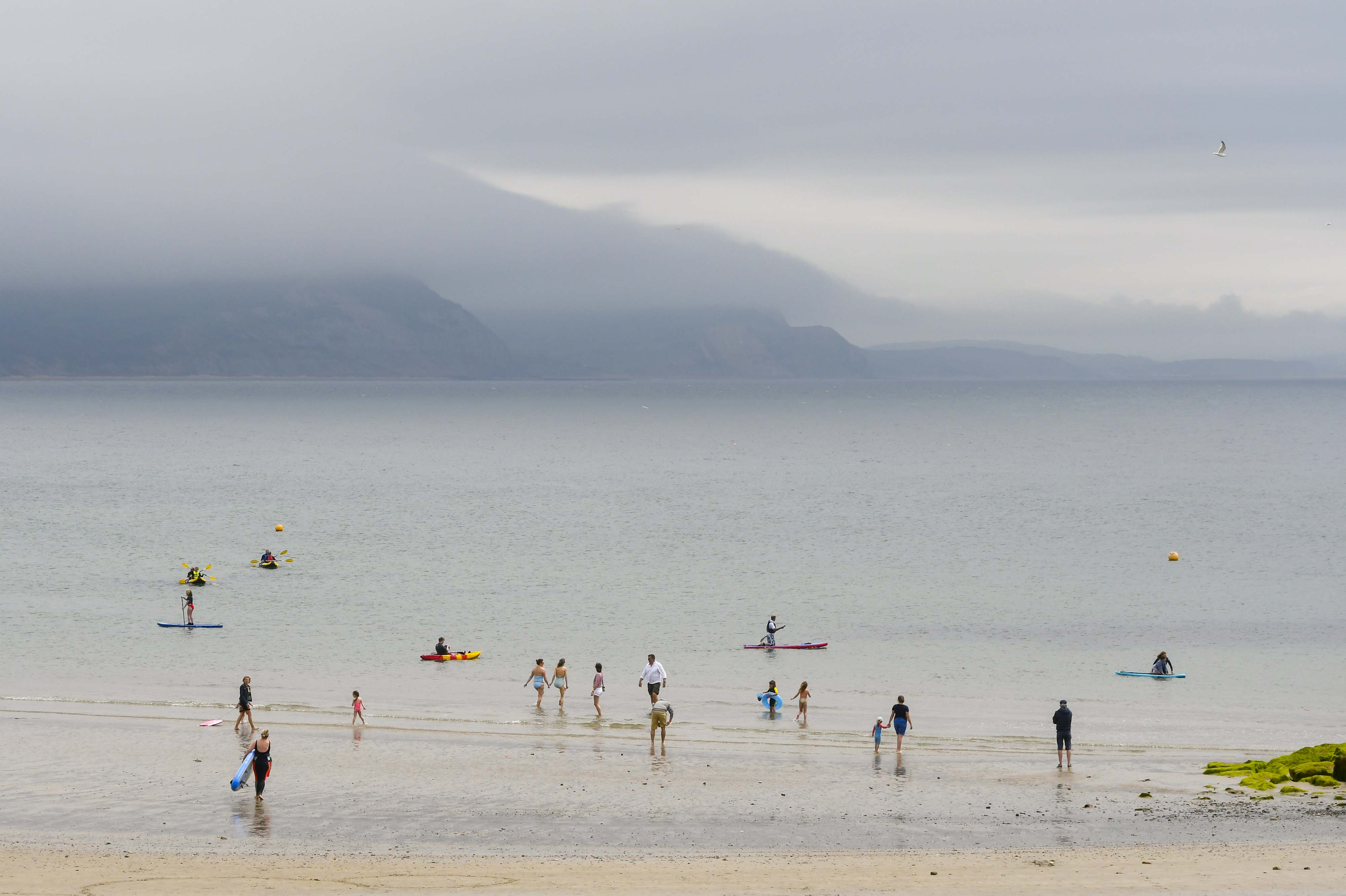 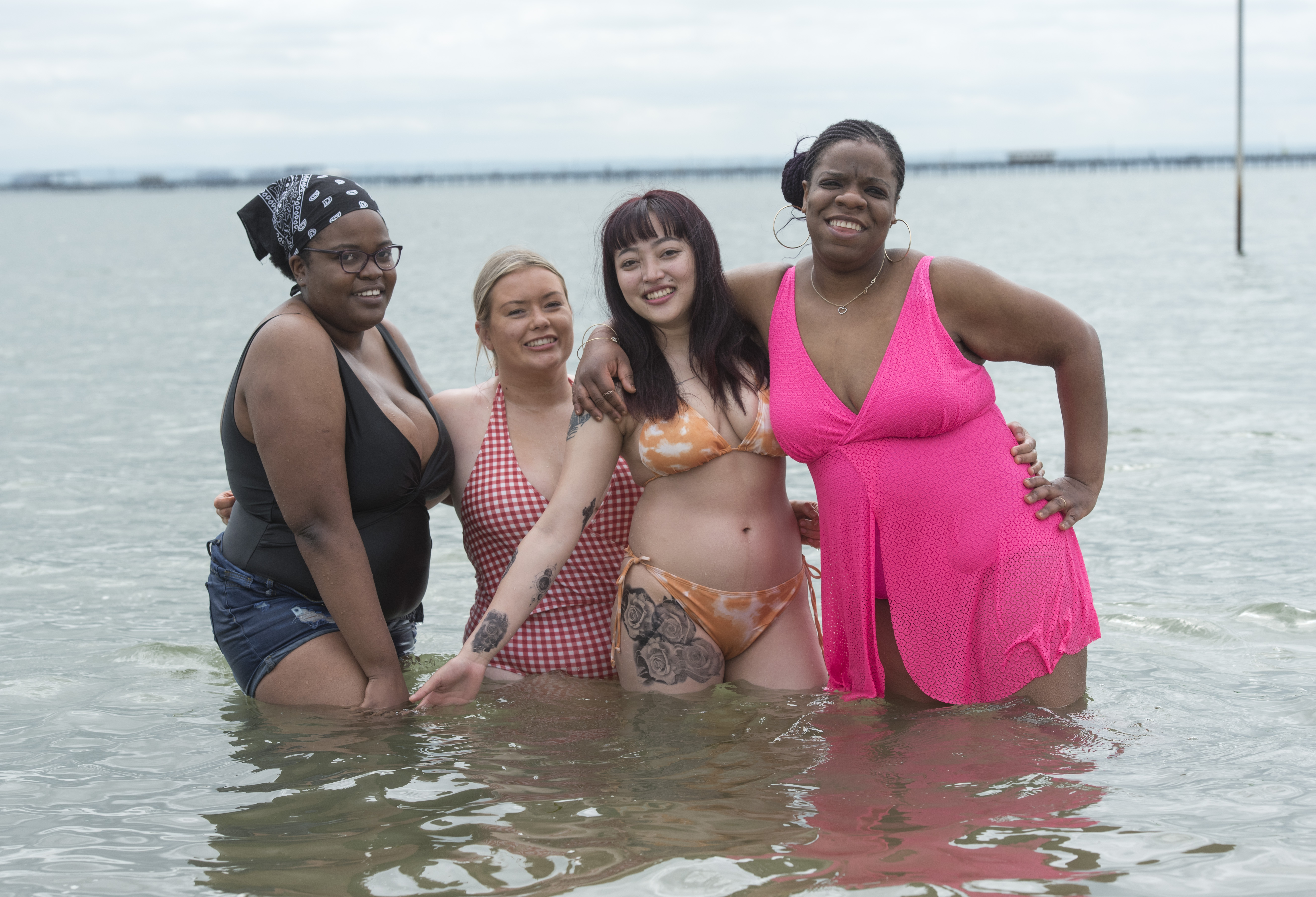 After a warm and muggy week, "temperatures will be rising once more".

It could hit highs of 28C on Saturday, 29C on Sunday and a whopping 30C on Monday.

Met Office forecaster Alex Deakin said: "If you like sunny skies then you're in for a bit of a treat because most parts of the UK will see an awful lot of blue sky on Saturday and Sunday.

"Saturday will be a cracking day if you like summer sunshine with temperatures generally in the mid to high twenties.

"On Sunday, we will see temperatures rising further, more widely over 27C and we could get 28C or maybe 29C across the south east."

It is perfect timing as England begin their Euro 2020 campaign on Sunday afternoon against Croatia – the team that knocked them out of the World Cup three years ago.

But fans are warned UV levels will be "high or very high" and Britain's grass pollen count could cause problems for hay fever suffers. 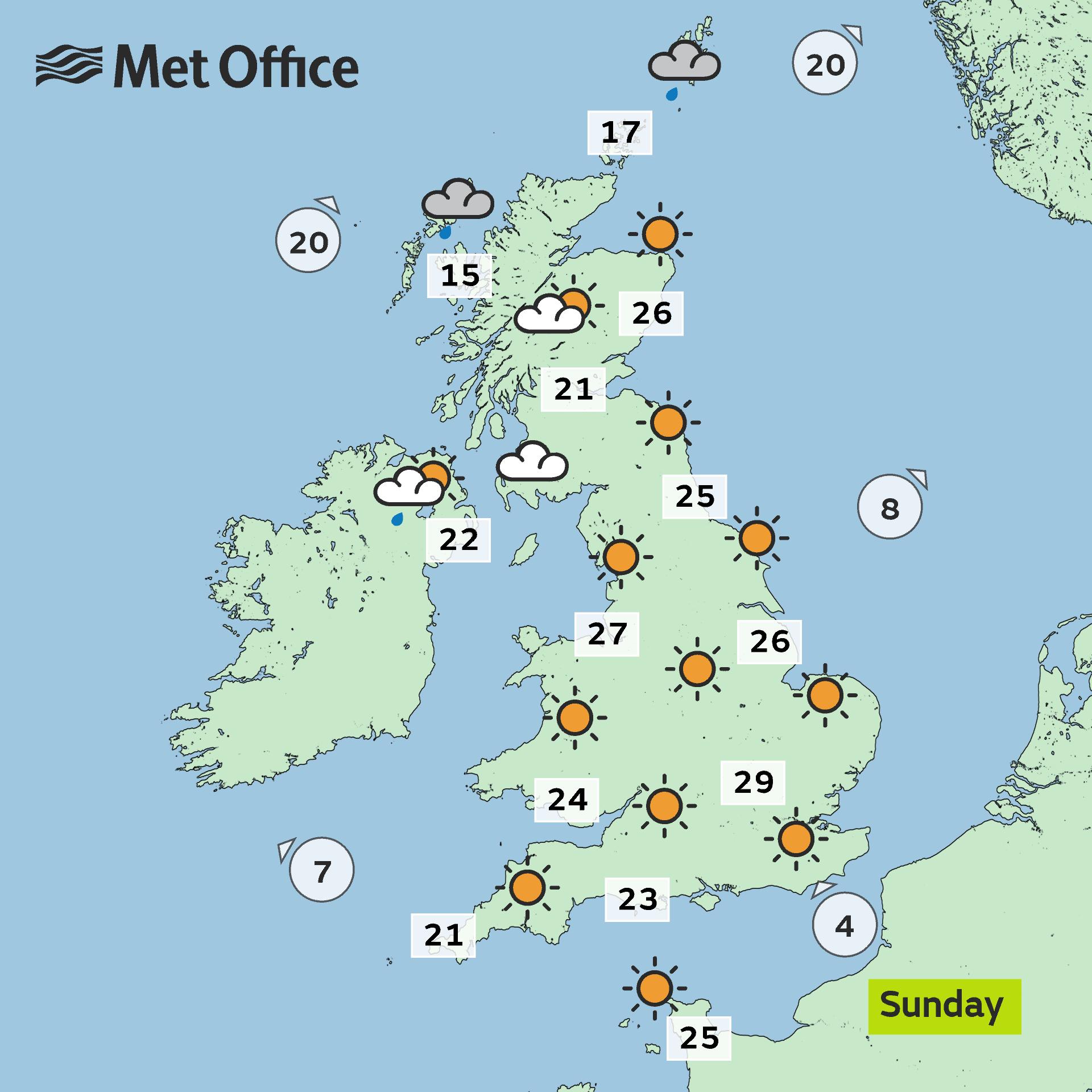 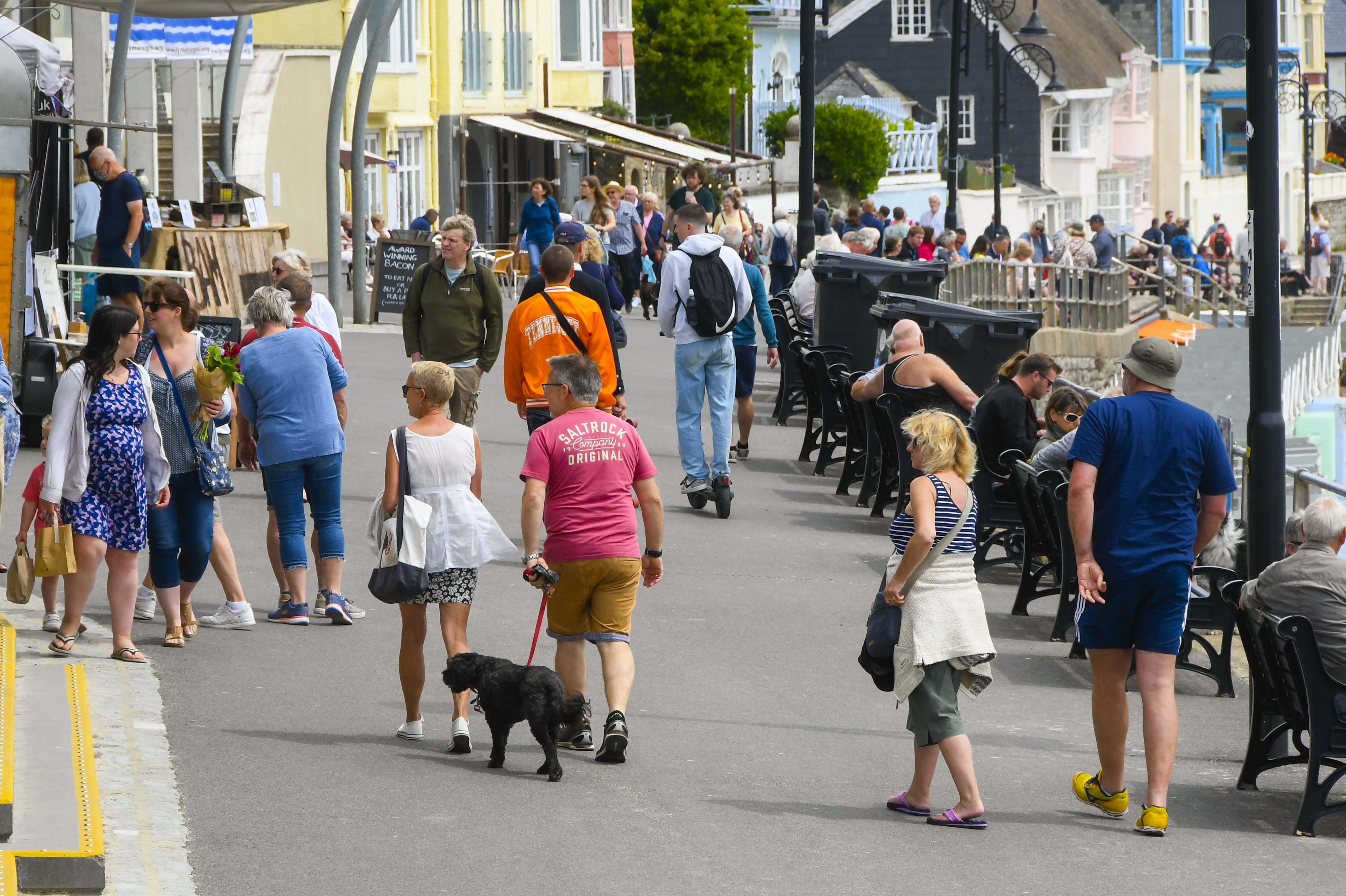 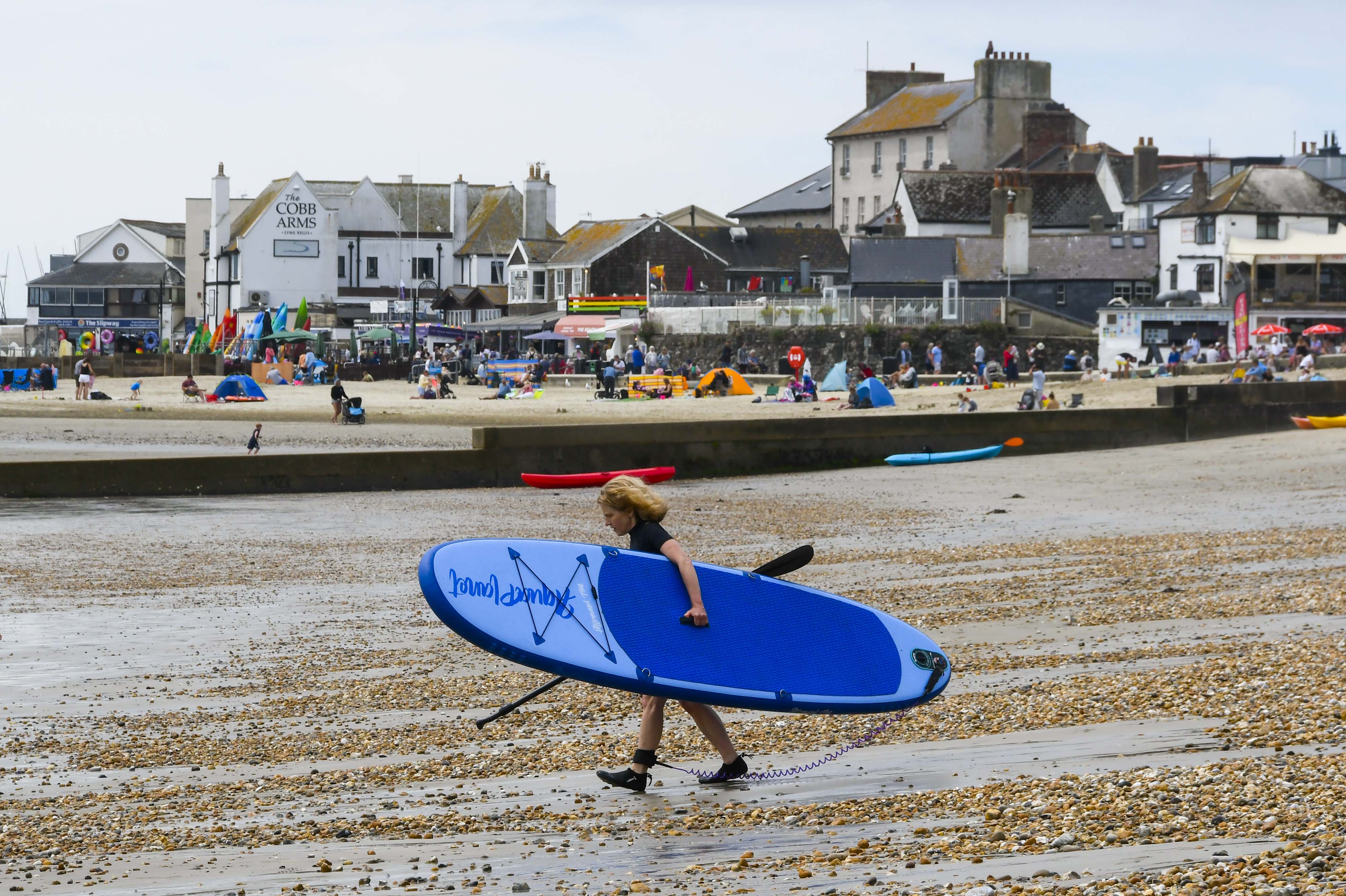 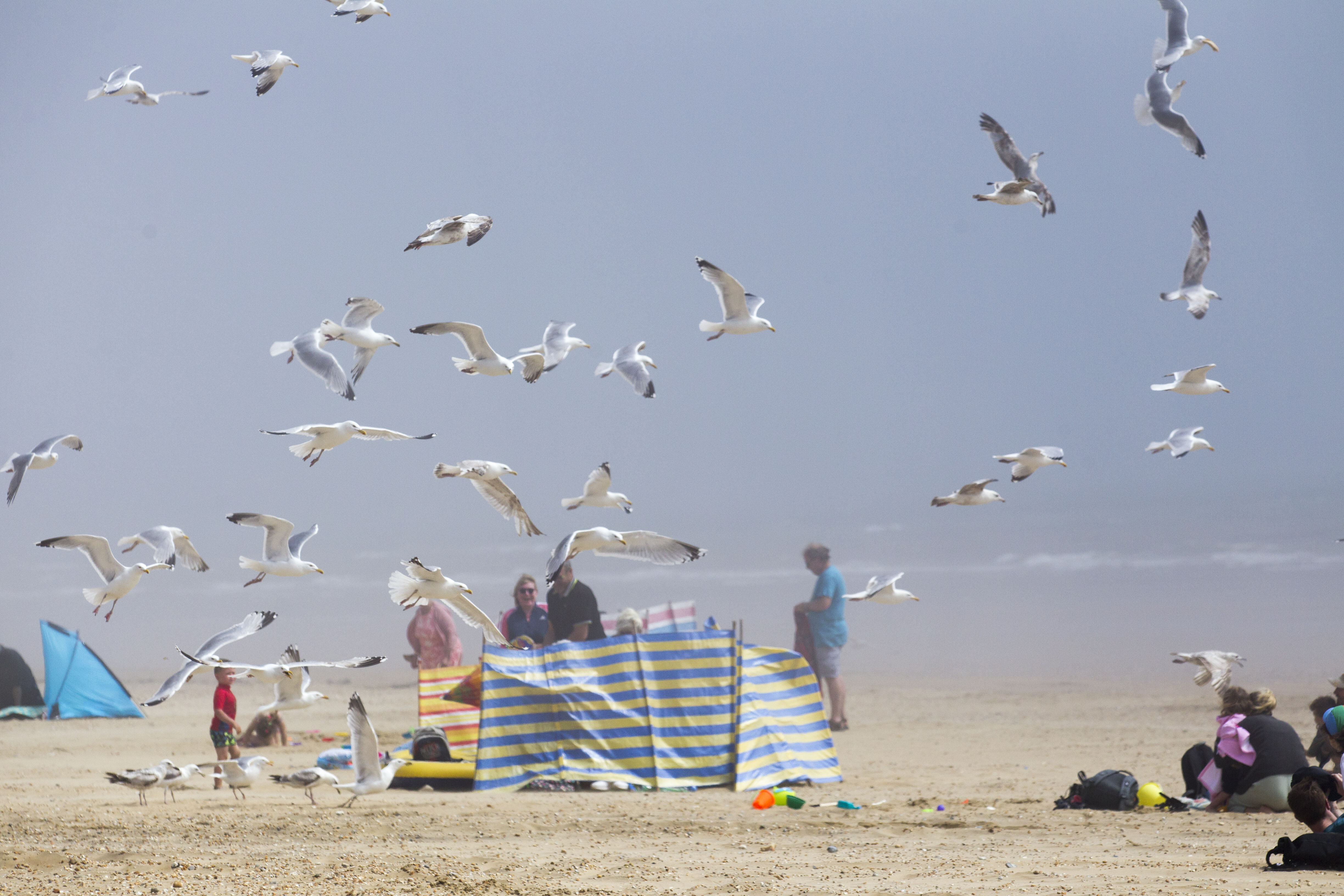 The warmer weather marks the start of a British heatwave lasting well into next week.

John Hammond, of Weather Trending told the Sun Online: "It's certainly going to be the hottest spell of the year so far, specifically across the more southern and eastern parts of the UK.

"It’ll be quite muggy air too. This is what’s called Tropical Maritime Air, and may well carry a fair bit of cloud.

"Through Saturday and Sunday, as high pressure builds across the country, 30 degrees or more is quite possible."

The Met Office said in its blog that temperatures will be so high, particularly in the south, that "some areas may reach heatwave criteria".

A heatwave is defined by forecasters as an uninterrupted period of exceptionally high temperatures.

The Met Office's Oli Claydon said that the south east corner – including East Anglia and Cambridgeshire – is "where the better weather is". 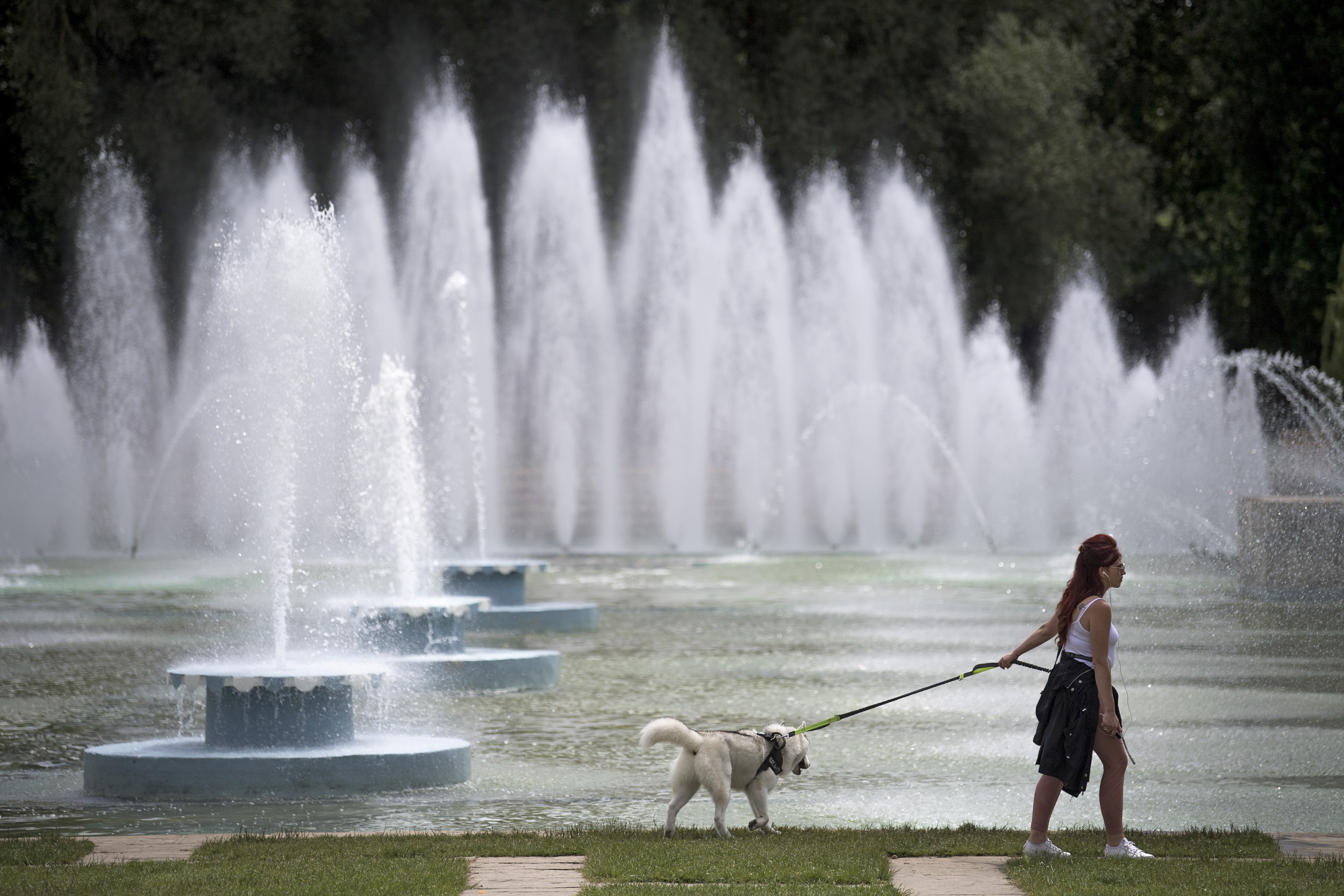 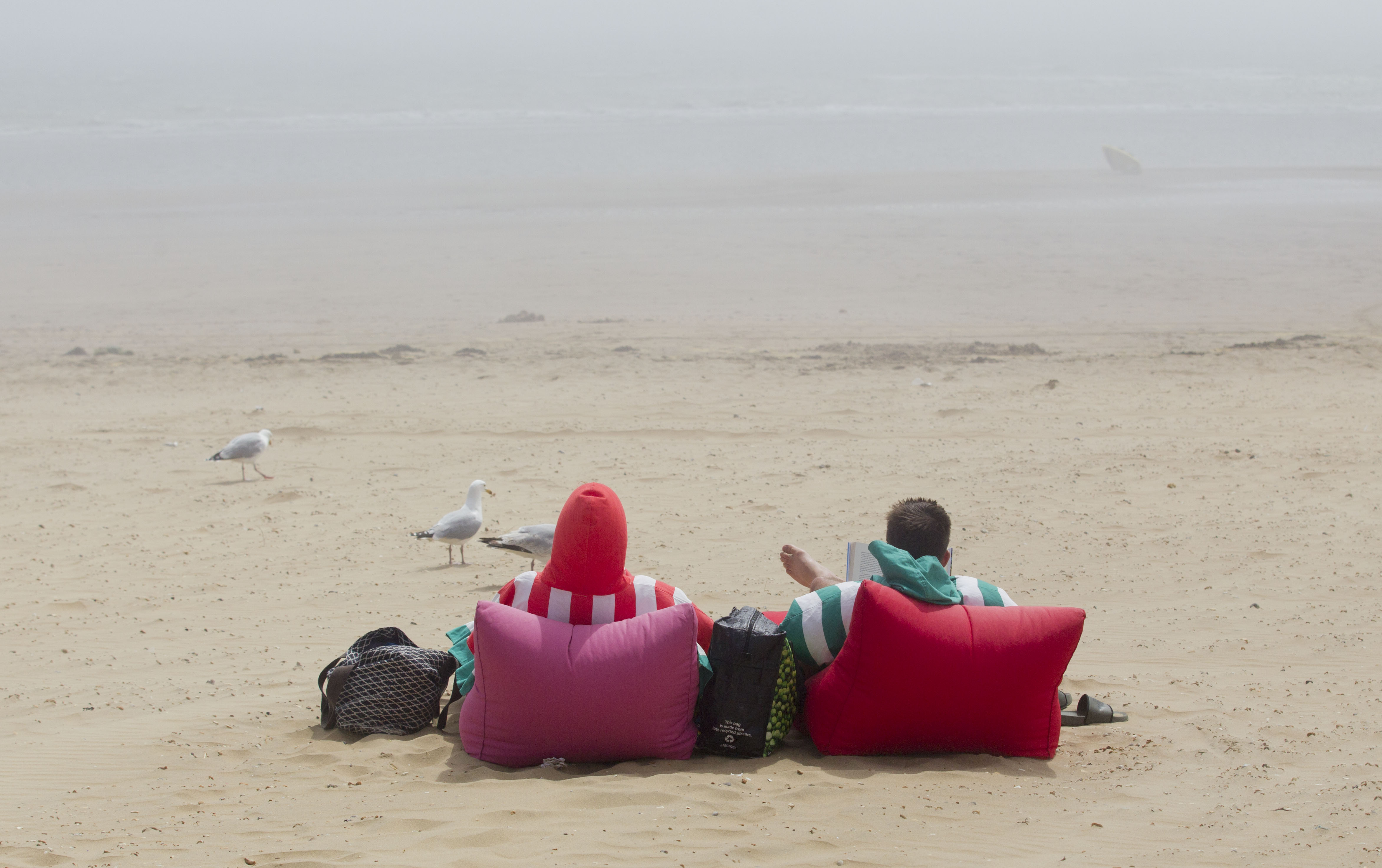 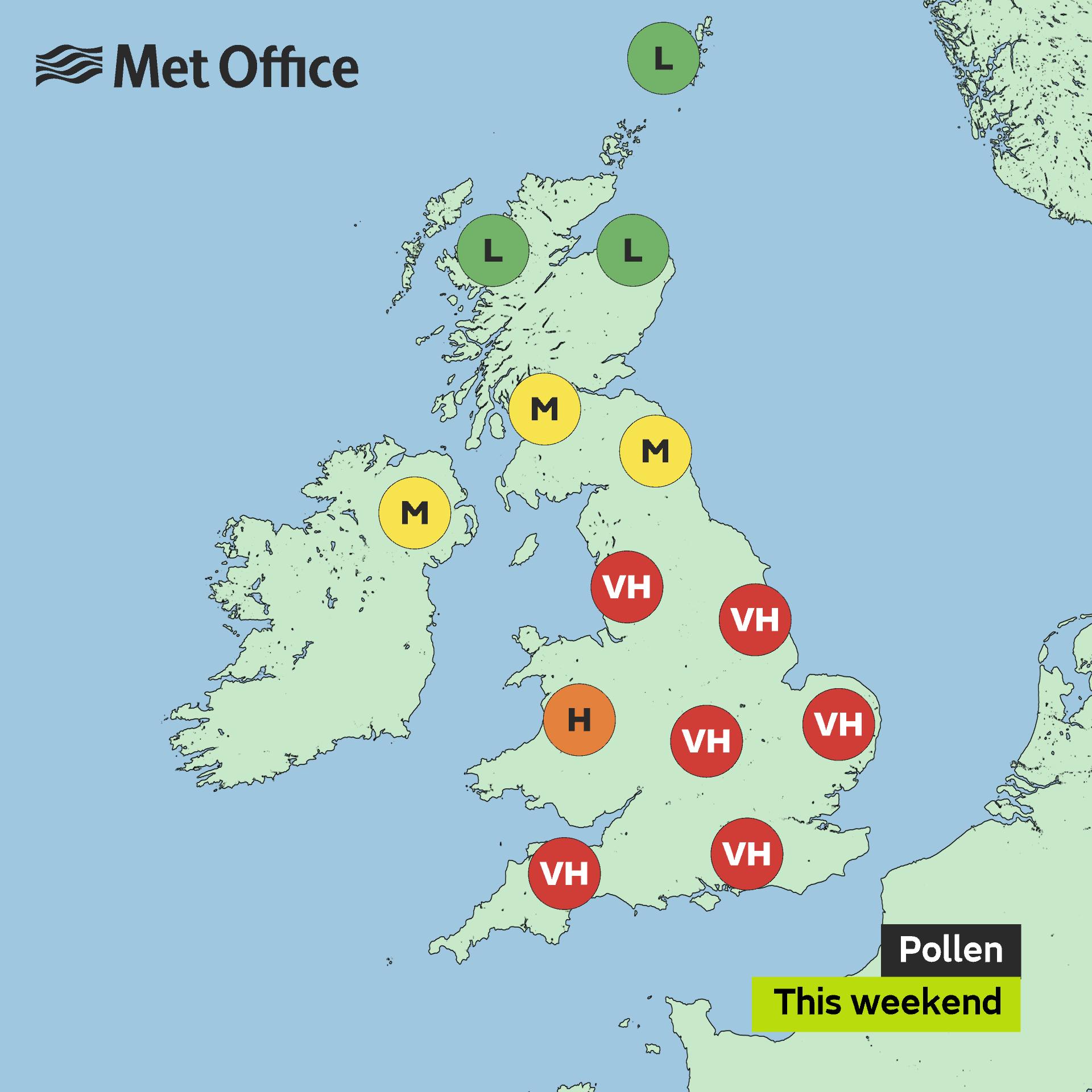 And the Weather Outlook's Brian Gaze said things "will also be turning increasingly humid as a southwesterly flow pulls up sub-tropical air".

He added: "It is possible that 30C will be pipped more than once in the south between Friday and Monday.

"Nighttime temperatures will also be high in the southern half of the UK, perhaps not falling below 19C on Saturday night.

"In the north it won't be as warm, but northeastern Scotland could see temperatures into the mid 20Cs on Sunday.

"Coming after the prolonged cool period in April and May this is the weather doing a complete U turn."

The warmest day of the year so far was June 2 when the mercury soared to 28.3C in Northolt, West London.

But this weekend's temperatures may well see this record beaten.

Bookies Ladbrokes has said that "temperatures will smash 30C this week" and has odds of this month going down as the hottest ever at 4/6.

It also has a 4/5 shot for a hosepipe ban to be issued anywhere in the UK this month.

The highest temperature ever recorded in June was 35.6C in Southampton on June 28, 1976. 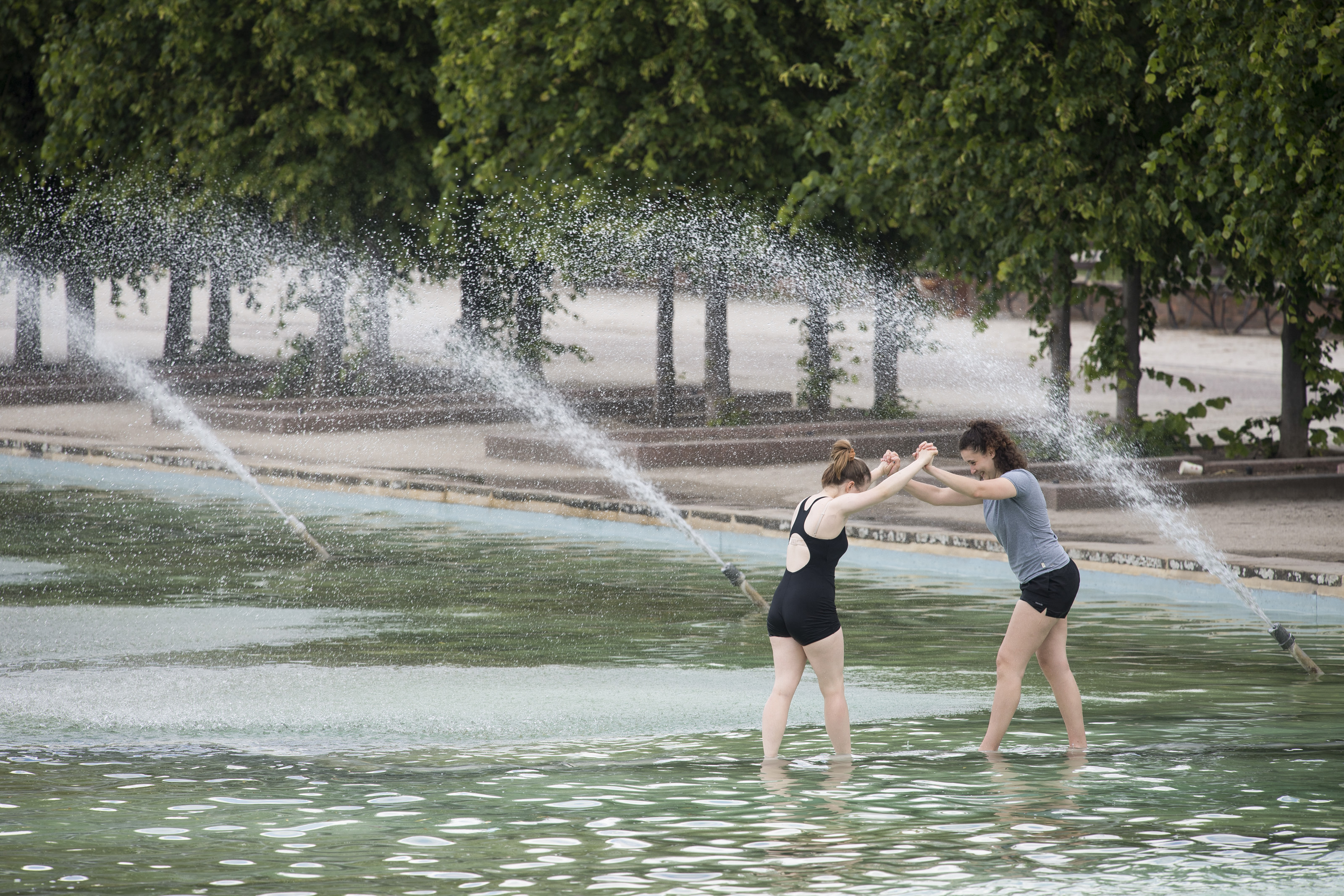 Tags: -, bask, Brits, in, to, UK, weather
You may also like
Recent Posts