TWO new cops in Washington, DC, apparently totaled their patrol cars and destroyed a fence while drag racing and speeding at 60 miles per hour.

The crash happened on Thursday, according to WTTG, which reported an email was sent to command staff after, explaining that the staff had “decided to drag race each other." 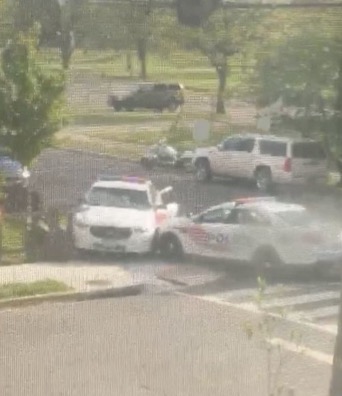 The internal email reported read: "Yesterday two 6D scout cars were totaled because officers decided instead of fighting crime, patrolling their beats, or engaging the community – they decided to drag race each other on Anacostia Avenue at 5 pm in the evening."

"What does this say to all the members of MPD who are passionate about their job and work hard every day to make a difference. This is not fair to any of us," it said.

The officers involved apparently started racing each other down Anacostia Avenue, near Kenilworth Park and Aquatic Garden.

The pair, who were allegedly new to the department, were said to be traveling at least 60mph.

A statement issued by the Washington, DC, police department said it appeared the officers had been racing prior to the crash. 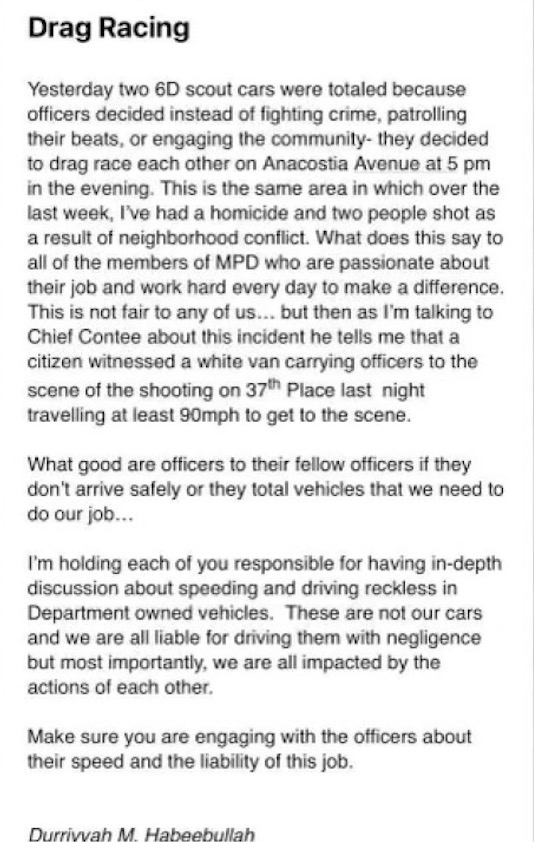 "Preliminarily, it appears the members may have been racing the vehicles, resulting in an accident," it read.

Four officers from the Sixth District were taken to hospital with non life-threatening injuries, police said.

According to the local news outlet, all four officers involved in the crash had been placed on non-contract pending the outcome of an internal investigation.

The leaked email went on to say that when the commander spoke to the local police chief about what happened, he told her a citizen who witnessed a Metropolitan Police Department van heading to a shooting scene on Thursday was traveling at least 90mph.

"What good are officers to their fellow officers if they don’t arrive safely or they total vehicles that we need to do our job," she wrote.

The commander said she would be having discussions about speeding and driving recklessly with officers and command staff.