TWO girls aged three and four are fighting for their life after a bouncy castle suddenly exploded, hurling them 25ft over a fence.

A video filmed at the scene of the incident shows panic in the Russian city of Barnaul as the giant inflatable tore off its moorings, throwing the children into the air. 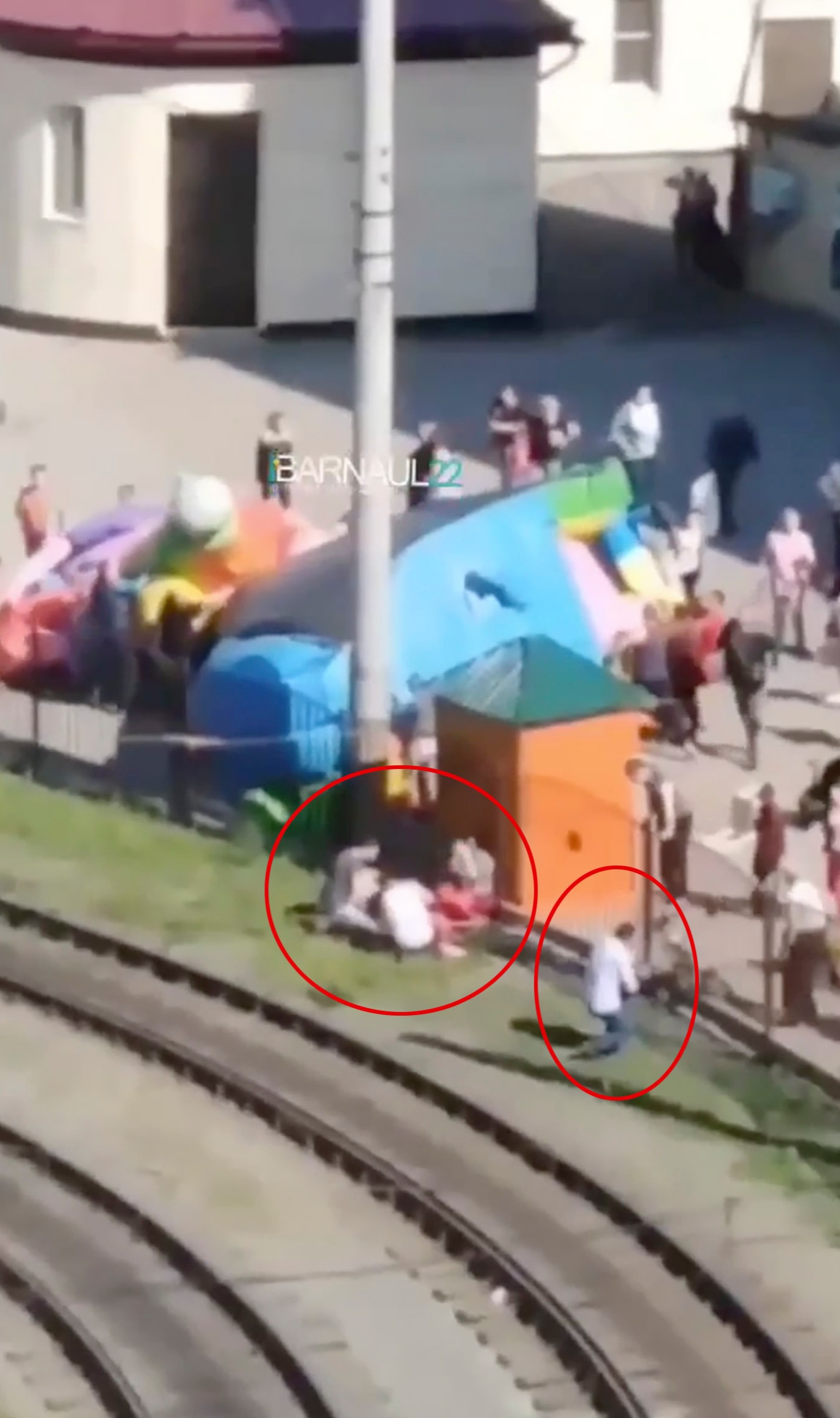 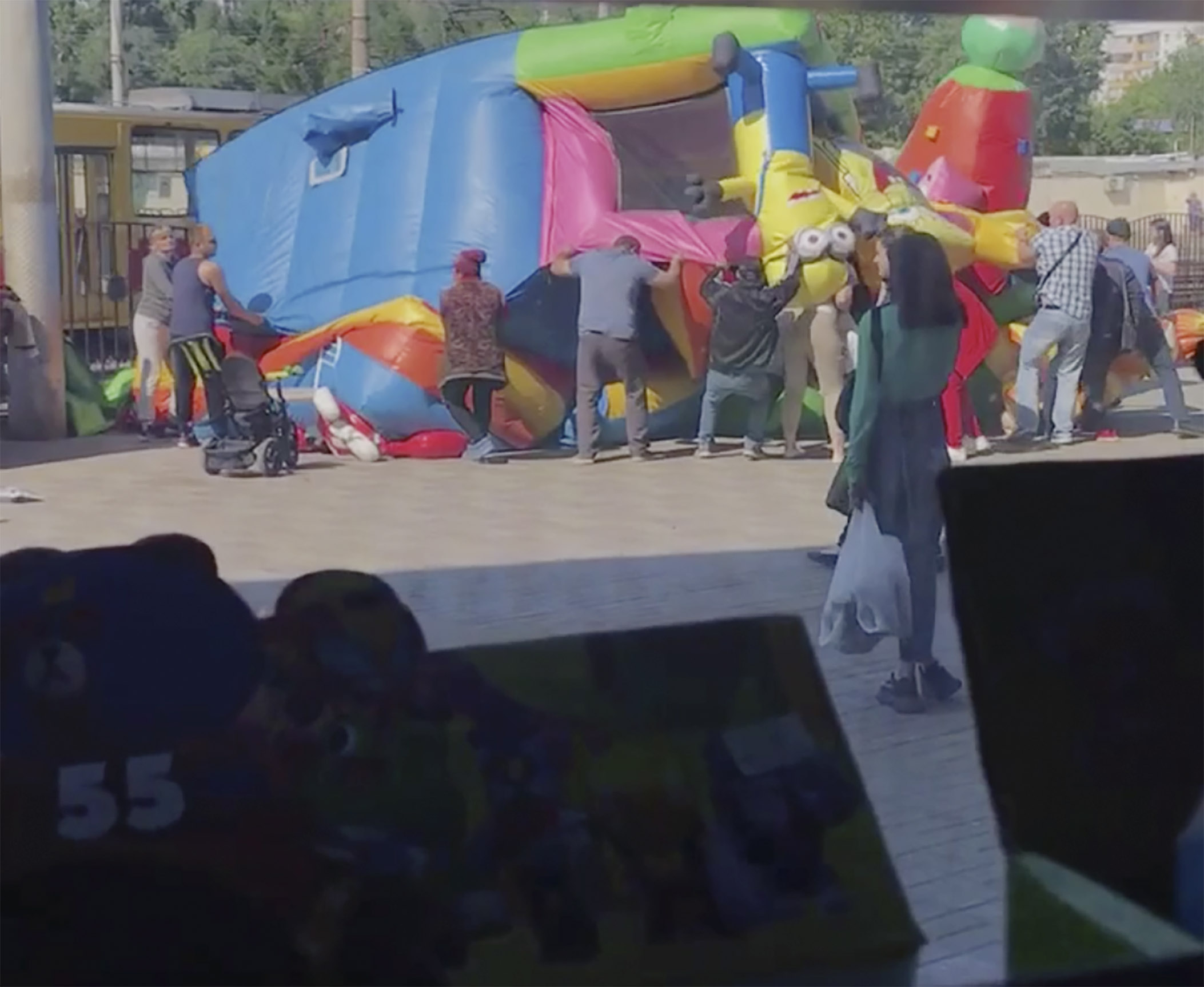 The two girls were thrown over a 6ft metal fence onto nearby tram tracks, with three-year-old Anna suffering a concussion and a spinal fracture. She is in a critical condition.

Vika, four, has a skull fracture and wounds to her lungs and abdomen.

She landed some 15ft from the bust bouncy castle and is in an extremely grave condition, according to reports.

Three other youngsters were thrown off the out-of-control air castle as it flew up “as high as a lamppost”, but were not injured.

'WE HEARD THE BANG'

Adults rushed to secure the castle and check that no children were trapped inside.

Investigators are probing the cause of the incident close to a shopping mall and initially stated that it was caused by strong winds.

However, witnesses denied there were strong winds yesterday afternoon and some people claimed they heard the “sound of an explosion” or a loud burst.

One theory was that the bouncy castle had been pumped up too strongly and there were claims it was not properly secured. 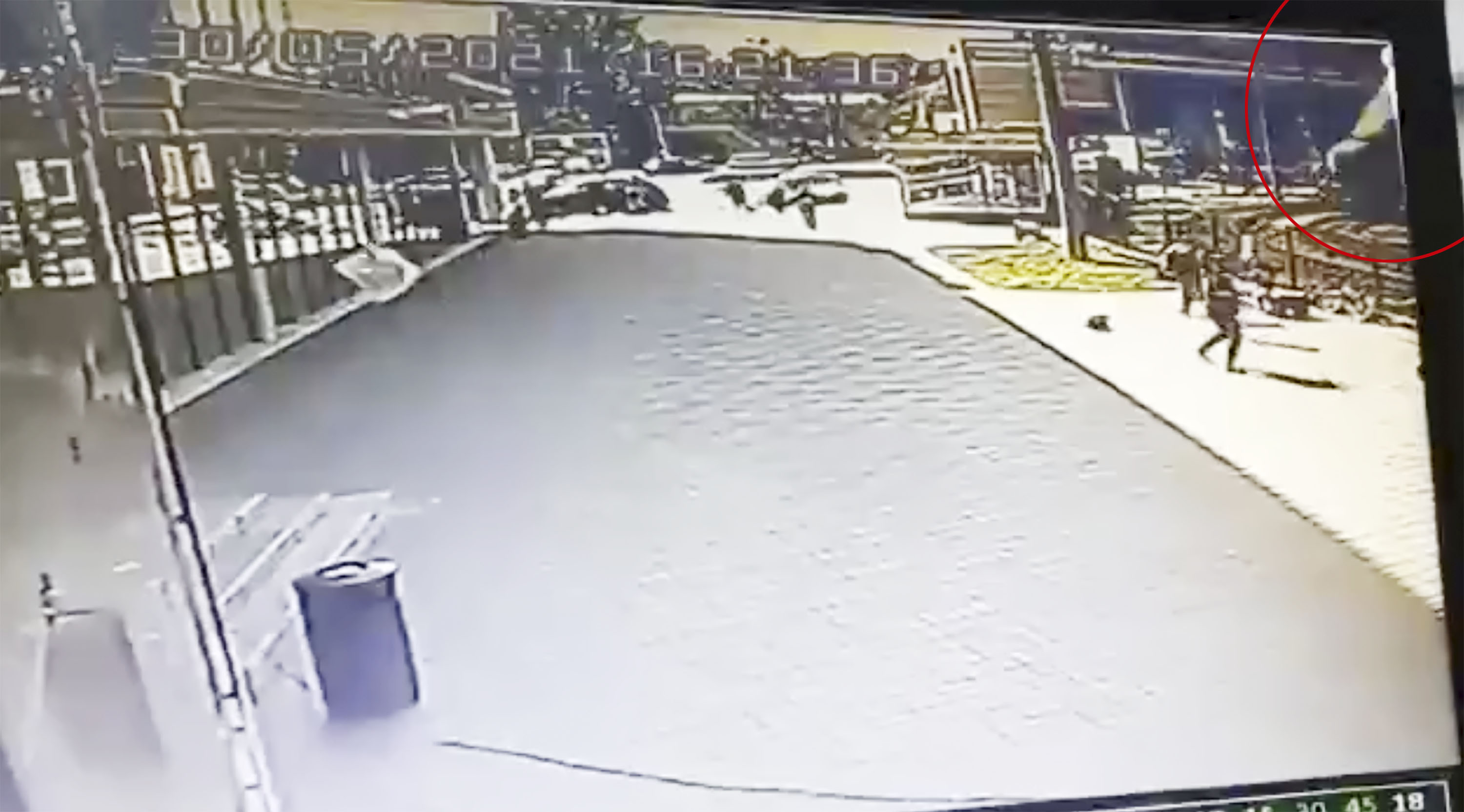 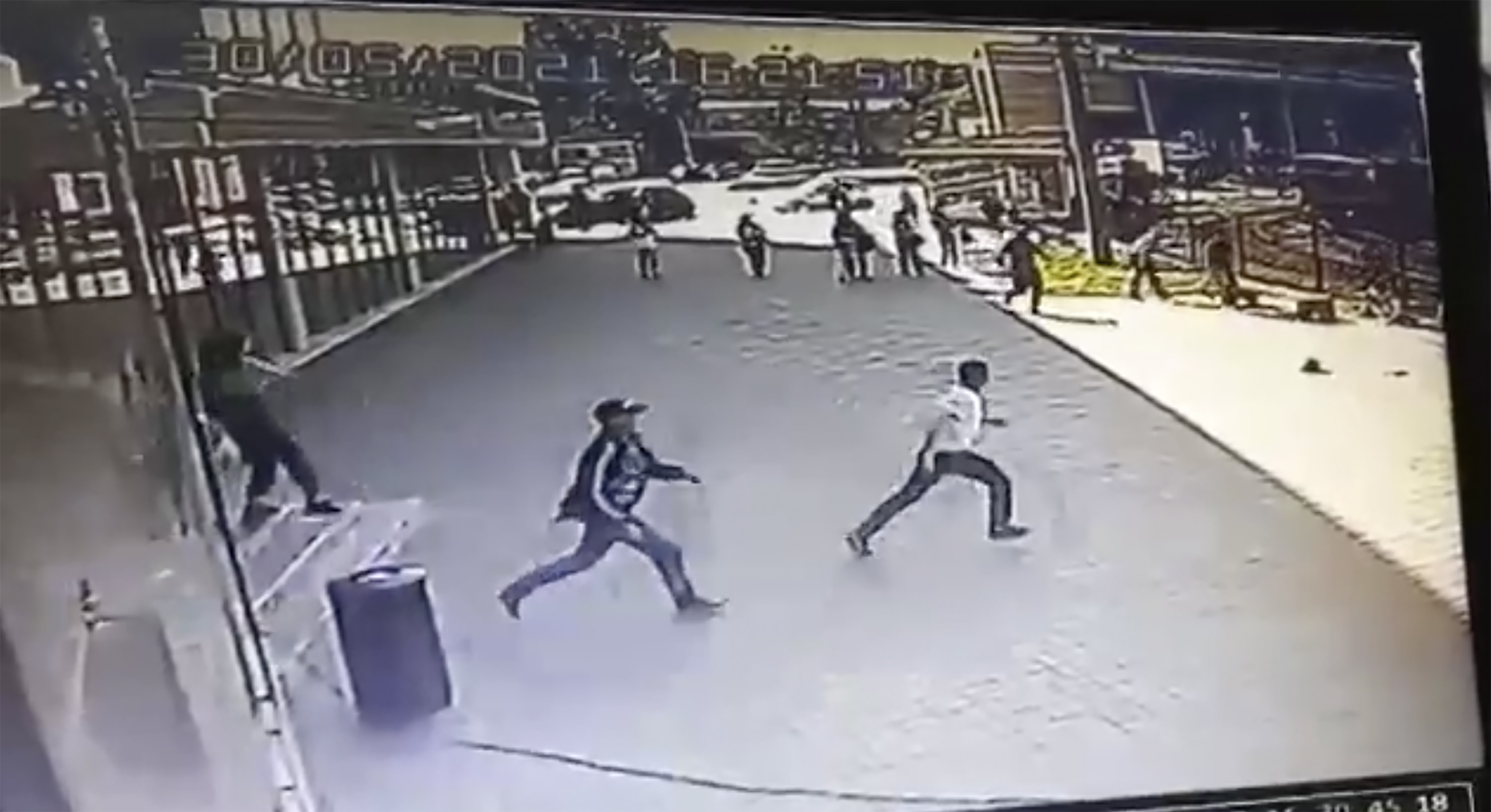 Anastasia Dolmatova said: “What wind? I work one bus stop away from this place, but even we heard the bang.”

She called on investigators to “accurately check the cause” of the incident.

“Some of the ropes were not secured,” said one local report.

“And in violation of all the requirements, the bouncy castle had been tied to the fence.”

A witness claimed the bouncy castle had no protective underlay and was rubbing against the tarmac, which could have caused the burst.

The Russian Investigative Committee has opened a criminal case into the incident.

Reports say the owners of the attraction have been established.

Local MP Sergey Pisarev said: “No special mounts were used, the attraction was pumped, it heated up, and rose into the air.”

He complained there were no proper safety checks on bouncy castles. 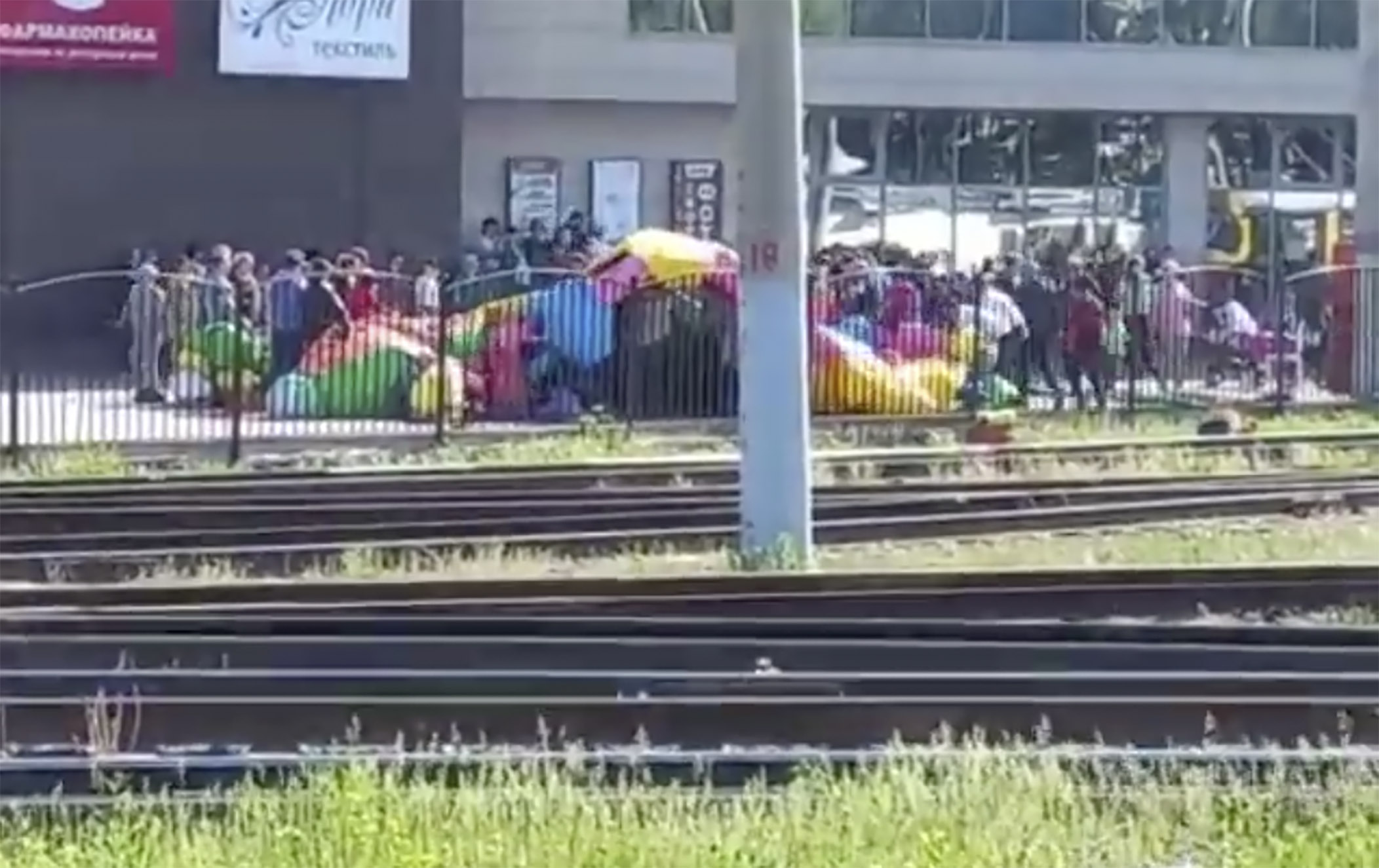