PRESIDENT Donald Trump on Wednesday said he didn't order those protesting George Floyd's death to be moved from outside the White House as he walked to St John’s Episcopal Church on Monday.

Speaking on Fox News Radio, Trump said "many" thought his walk over to the church in Washington, DC, and holding up the Bible while standing in front of it for a photo-op, was a "great symbol" after the building had been burned in recent protests. 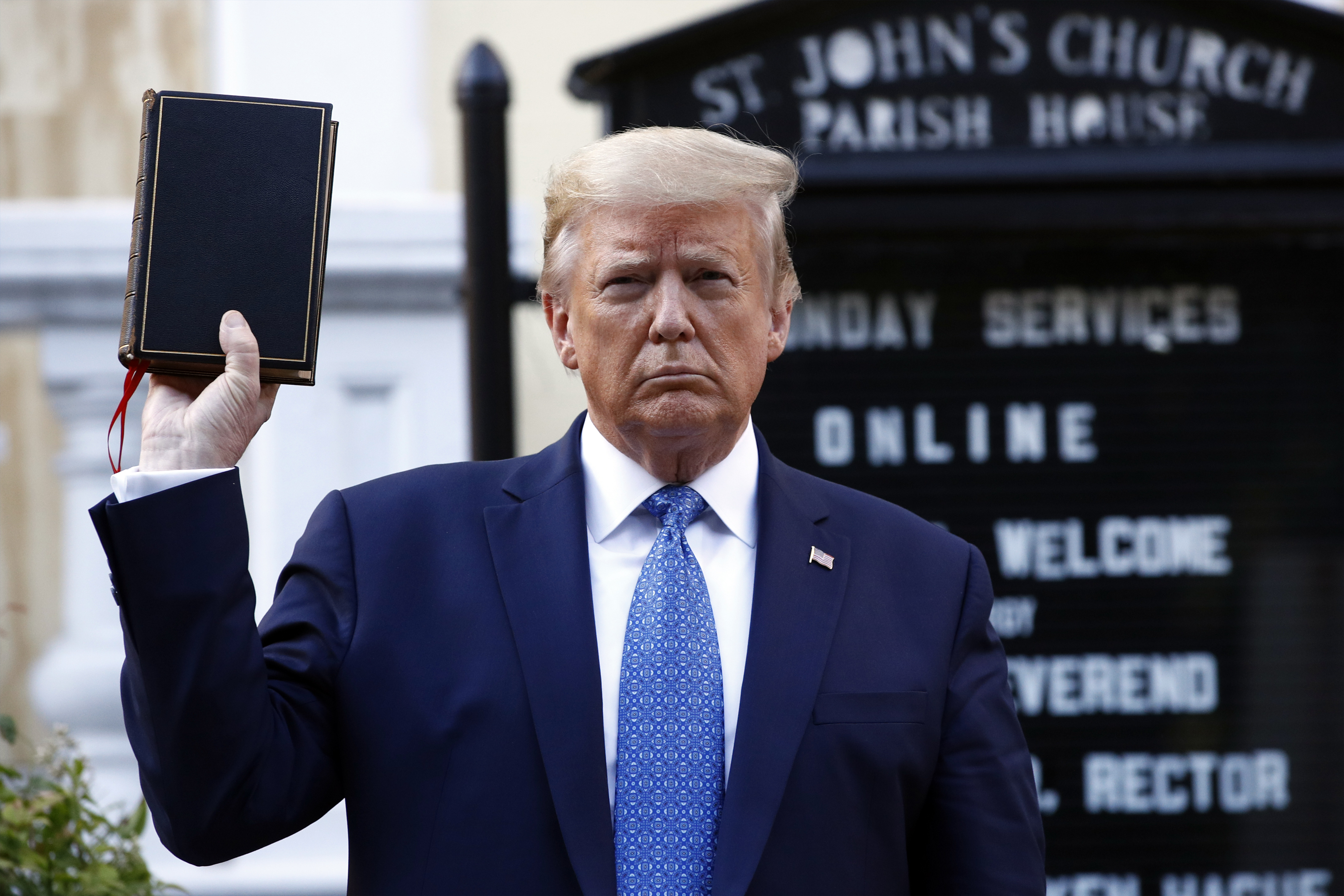 Trump claimed that the several thousand protesters who had gathered in the plaza between the church and Lafayette Square for more demonstrations were not tear-gassed.

The area was packed with nonviolent, peaceful protesters around 6.30pm when demonstrators and reporters at the scene say US Park Police and members of the National Guard used tear gas to move out the crowd. 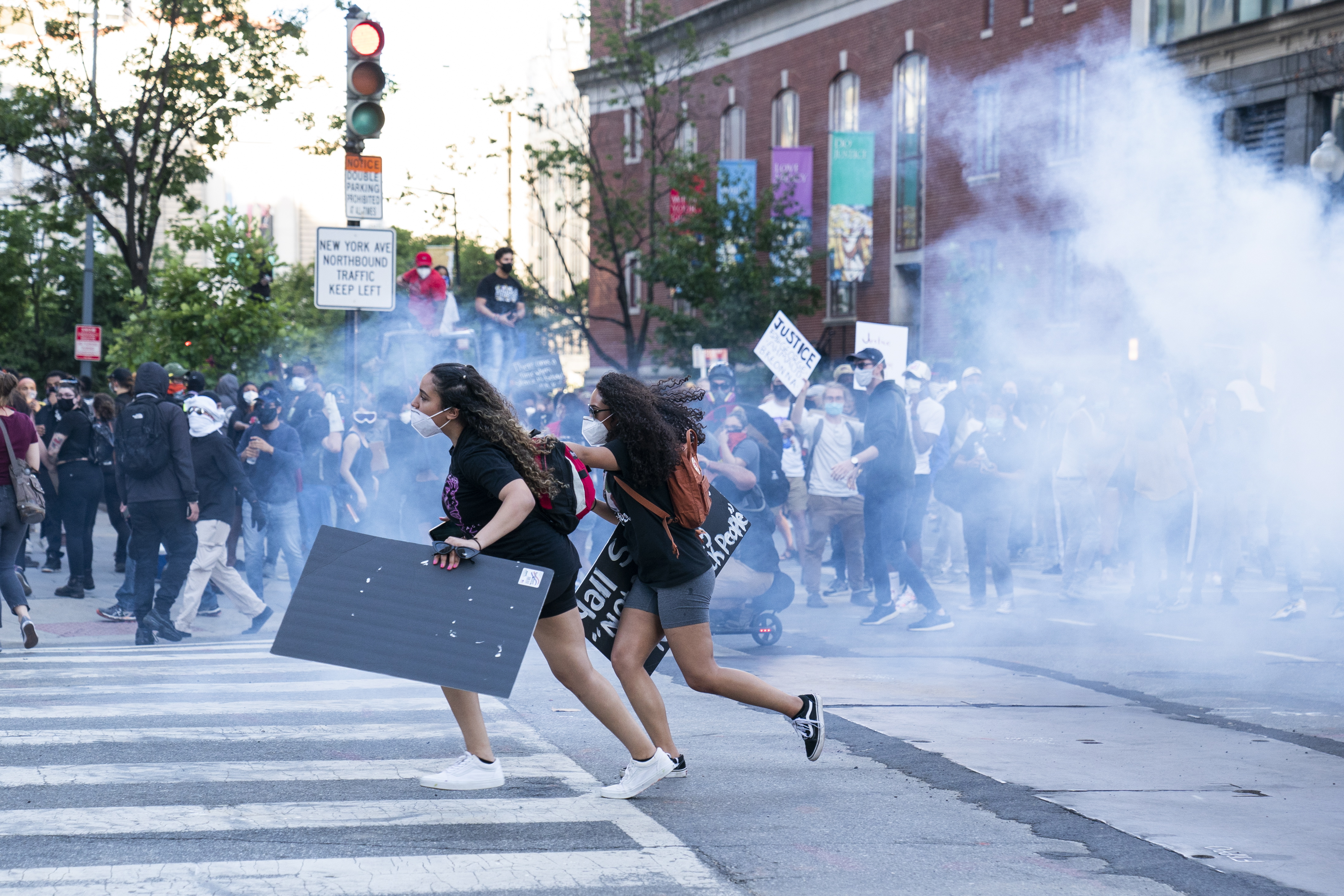 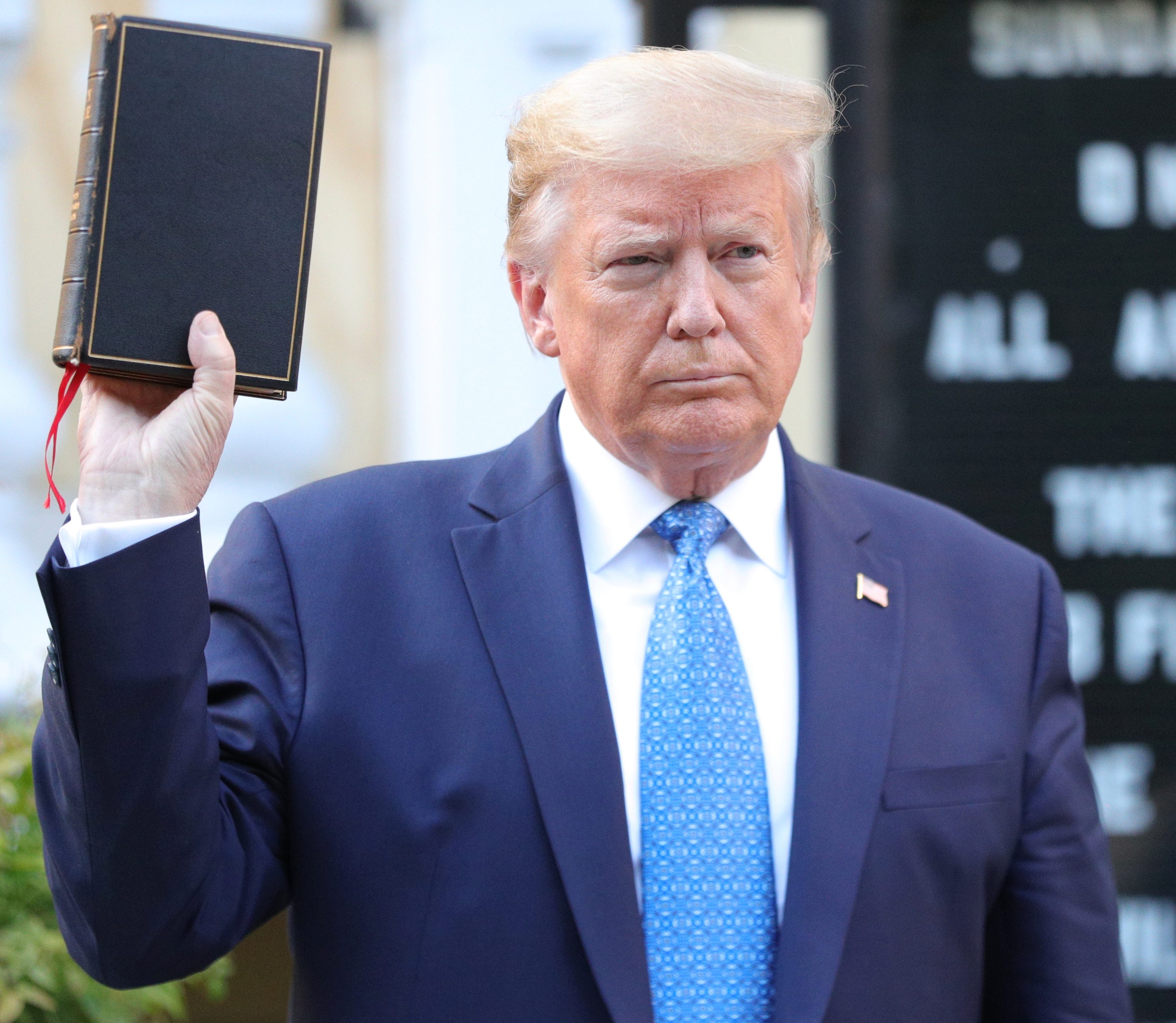 Law enforcement officers aggressively forced the protesters back, fired tear gas, and deploying flash bangs into the crowd to disperse them from the park for seemingly no reason.

The scene was aired live on television — including in Australia.

A short time later, Trump was seen walking from the White House through the area to the 200-year-old church, alongside his daughter Ivanka, his son-in-law Jared Kushner, Attorney General William Barr, and other administration officials.

Defense Secretary Mark Esper, who was part of the entourage, said he wasn't told they were going as they walked through the plaza to the church.

"I thought I was going to do two things: to see some damage and to talk to the troops," Esper told NBC News. "I didn't know where I was going. I wanted to see how much damage actually happened."

A Pentagon spokesperson later said Esper was told where he was going, but that Esper didn't know Trump was going to use the moment as a photo-op.

Trump posed in front of St John's with the Bible, before leaving a short time later; he didn't enter the church.

The church clergy have claimed Trump simply used the site, which was blazed by arsonists on Sunday night, as a photo opportunity “prop."

Gini Gerbasi, a rector at St John’s Church, revealed in a Facebook post that she and other Black Lives Matter organizers had been giving out water and help to protesters alongside fellow clergy and laypeople, when police swarmed the area, pushing protesters, deploying tear gas, and firing rubber bullets. 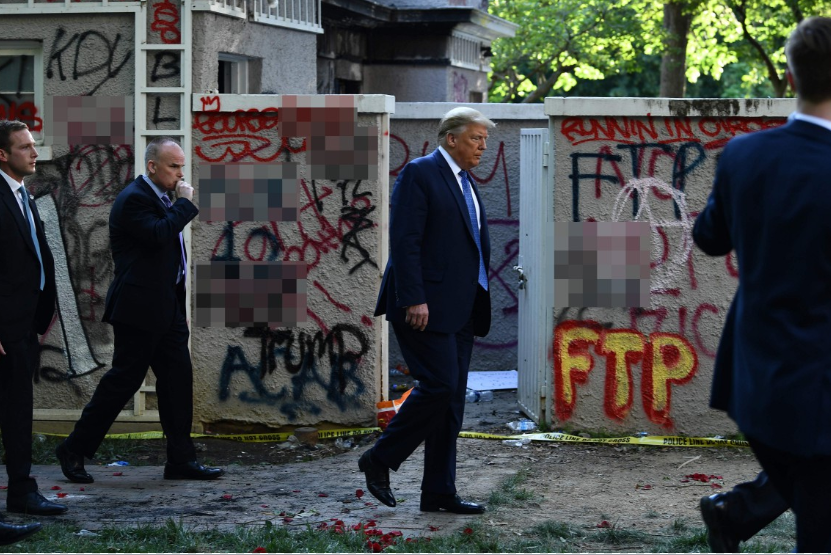 Gerbasi said: “That man turned it into a BATTLE GROUND first, and a cheap political stunt second.”

She added: “Friends, I am ok, but I am, frankly shaken… Around 6:15 or 6:30, the police started really pushing protesters off of H Street… They started using tear gas and folks were running at us for eyewashes or water or wet paper towels.”

On Tuesday night, the Park Police released a statement saying "no tear gas was used" on the protesters, and said they took the steps “to curtail the violence that was underway." 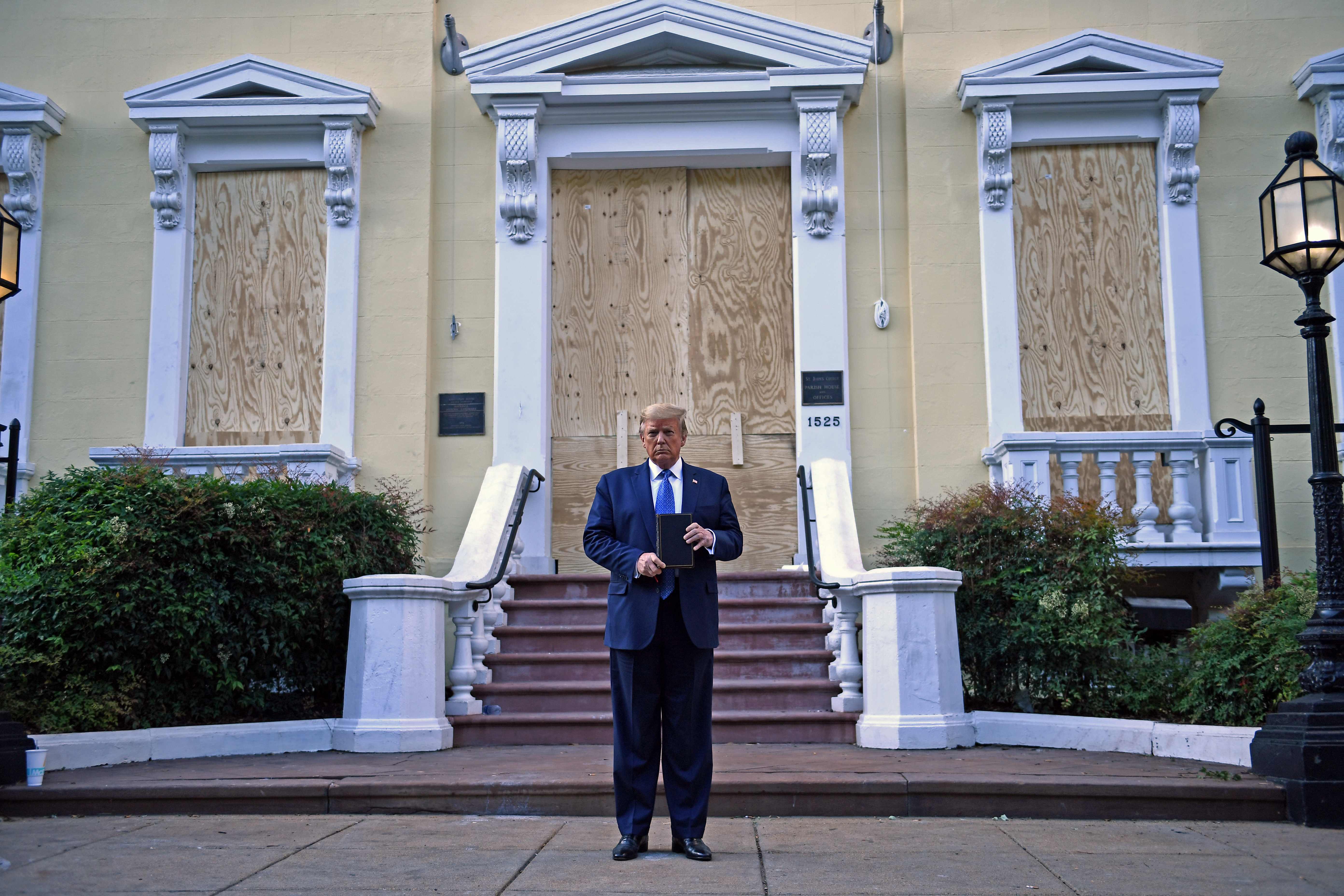 “The protestors also climbed onto a historic building at the north end of Lafayette Park that was destroyed by arson days prior. Intelligence had revealed calls for violence against the police, and officers found caches of glass bottles, baseball bats, and metal poles hidden along the street.”

Reporters at the scene said bricks and frozen water bottles were not seen being thrown.

Trump on Wednesday said "the church leaders love that I went there with a Bible."

He said authorities "moved" out protesters before he walked over to the church, adding: "Now when I went, I didn't say move them out."

"I didn't know who was there," Trump said. "Most religious leaders loved it."

Trump asked, "Why wouldn't they loved it?" and added: "I was standing in front of a church that went through trauma."

When questioned about whether he would have gone inside the church to examine the damage, Trump said he couldn't, as it was "boarded up."

Tags: Didn't, he, insists, order, Trump
You may also like
Recent Posts