Three young men charged with murdering a 20-year-old tradesman, who was shot dead while visiting a friend’s home, have pleaded not guilty and been committed to stand trial.

Adrian Pacione was visiting a friend in Lalor on the night of July 18 last year to provide support following a relative’s death, when he was hit in the head by a gunshot fired from outside the house. 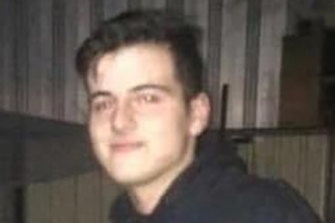 Police allege a group of men had earlier tried to force their way into the house and fired multiple shots from a semi-automatic gun when they could not get in.

On Monday, three men from Melbourne’s northern suburbs all pleaded not guilty to murder and other charges during a short hearing in Melbourne Magistrates Court.

Abdullah Hammoud, 22, Adam Tiba, 21, and Tahmid Rahman, who turned 19 on Monday, will now stand trial in the Supreme Court.

The three men, who sat alongside each other on a video link from custody and who were all arrested three months after Mr Pacione’s death, also pleaded not guilty to aggravated burglary and other charges.

A fourth man, 20-year-old Ammair Fahal, pleaded not guilty to aggravated burglary and other charges and will also stand trial. He is not charged with murder.

Police have previously said Mr Pacione was hit by a gunshot as he sat watching a film in the back of the house, and that he played no part in any alleged dispute. Three other men inside the house were not injured.

The men are due to appear before the Supreme Court in April. The three accused of murder have been remanded in custody but Mr Fahal is on bail.

Tags: 'Trial, for, murder, stand, to, Trio
You may also like
Recent Posts