INCREDIBLE pictures shows thousands of tourists packed together like sardines of the Great Wall of China as Beijing continues to boast it has "eradicated" Covid.

Travellers flocked to the destination with only some wearing masks or practicing social distancing over the Labor Day holiday in China. 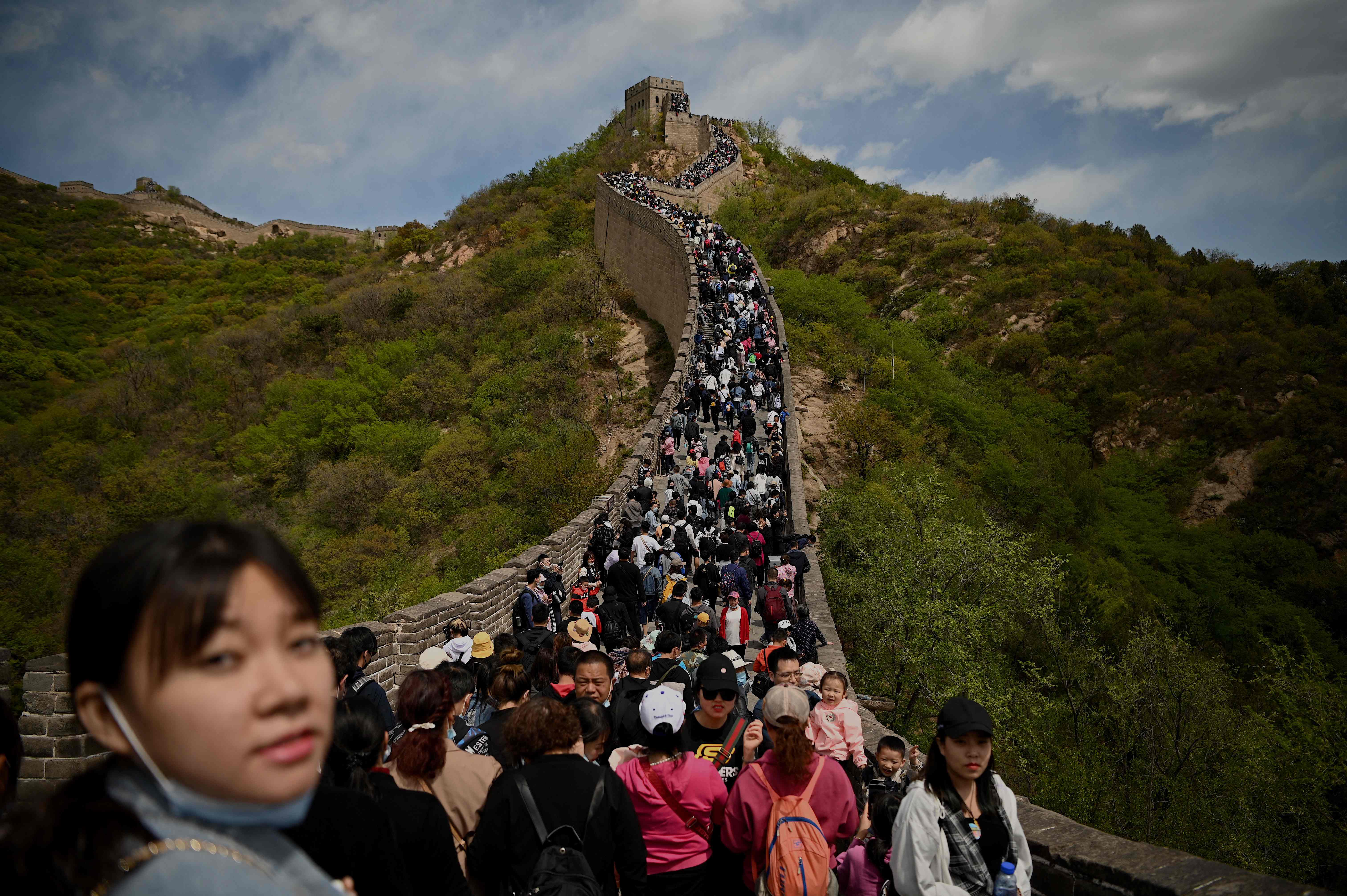 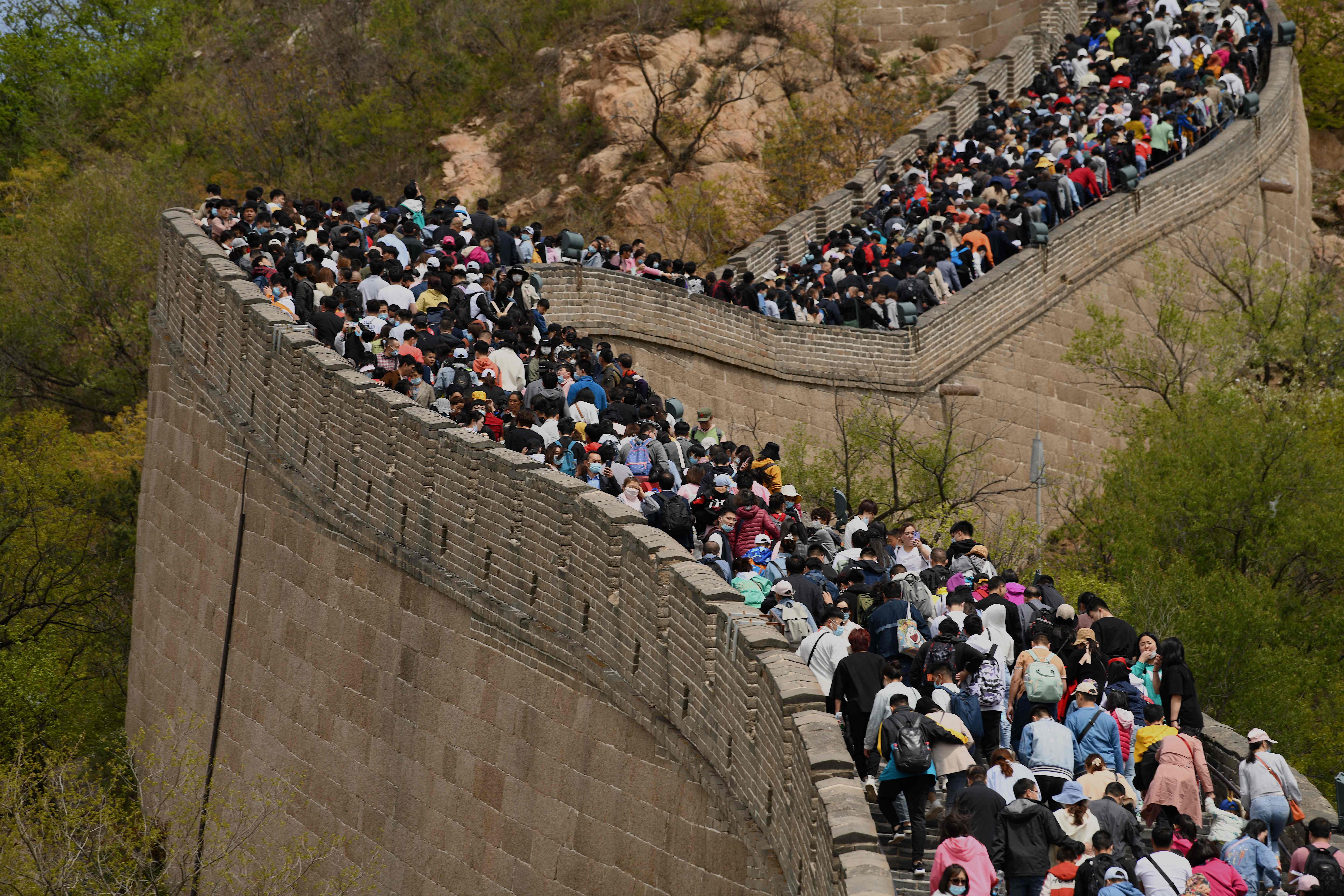 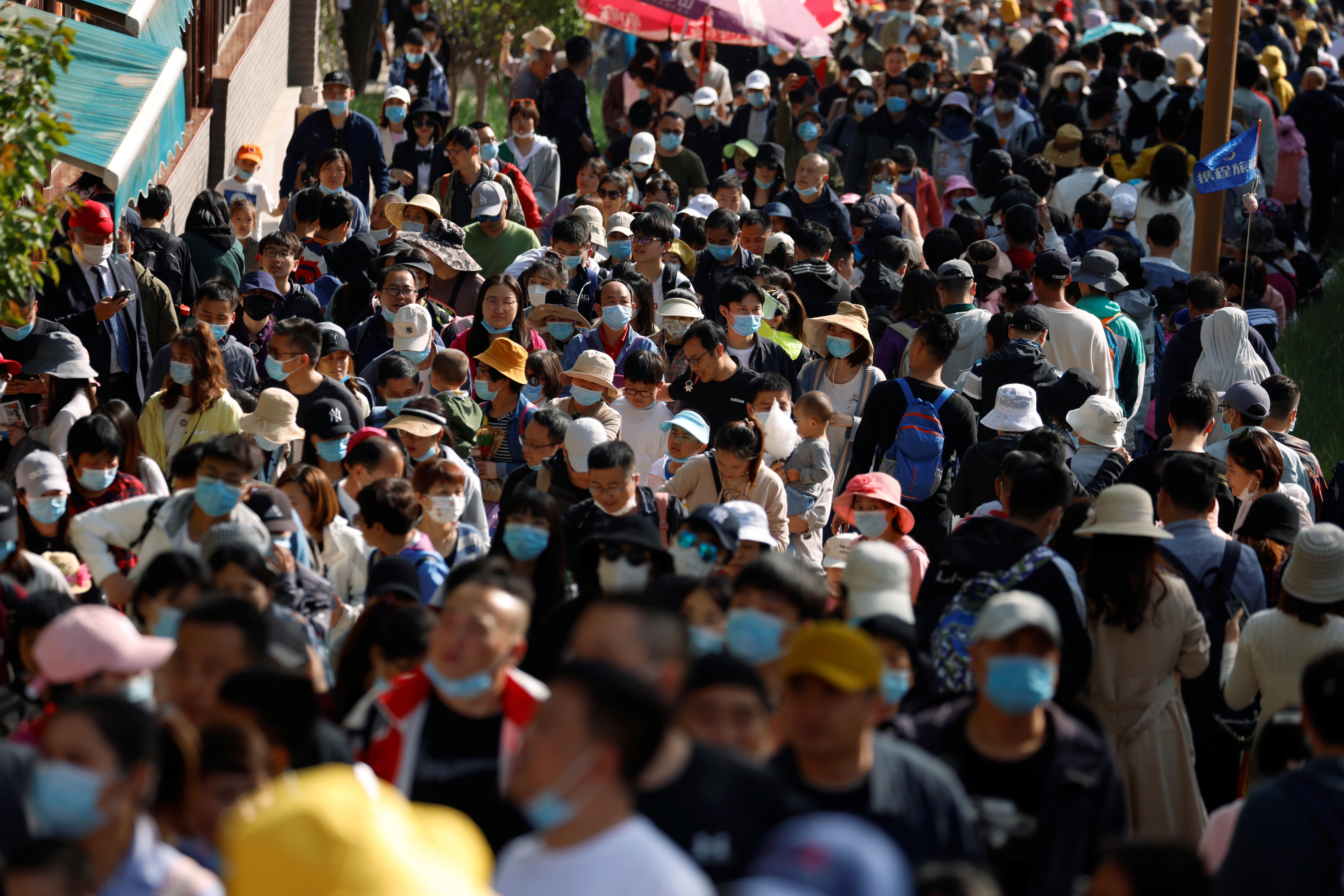 Photographs show thousands of people rubbing shoulder-to-shoulder as they walk the snaking wonder with seemingly no care for the pandemic.

The Great Wall of China is one of the Seven Wonders of World – and normally receives almost 10million each year – with up to 80,000 every single day in peak seasons.

It comes as the world has hit new Covid highs with over 900,000 new cases a day last week as the virus continues to surge 14 months after it was first detected in China.

China reported only 11 new cases on the mainland on Sunday, and claims all new cases were imported from overseas.

Beijing staggeringly claims there have only been four recorded deaths from the virus since last April.

Labor Day sees China enjoy a five day holiday with a frenzy of tourism as millions go holiday and go to see relatives.

It was estimated some 200million trips would be taken by Chinese residents during the long weekend.

Other pictures over the weekend showed Chinese tourists thronging to attractions such as the Yellow Crane Tower, West Lake, and Palace Museum.

Meanwhile, streets could be seen absolutely heaving in Shanghai and revellers attended the Strawberry Music Festival in Wuhan.

And fears continue to loom a new variant could derail all the good work from the vaccine rollout and unlocking, even as cases drop to just 1,600.

China has faced questions about how truthful it has been throughout the pandemic as questions still loom after the virus surfaced in the city of Wuhan in December 2019.

It claims some of the world's strictest lockdowns, adherence to the rules, and extensive testing programmes have allowed it to beat the pandemic.

With total cases of just 90,697 and total deaths of 4,636, China has just a fraction of the cases and deaths compared to other nations – despite having the world's largest population with 1.4billion. 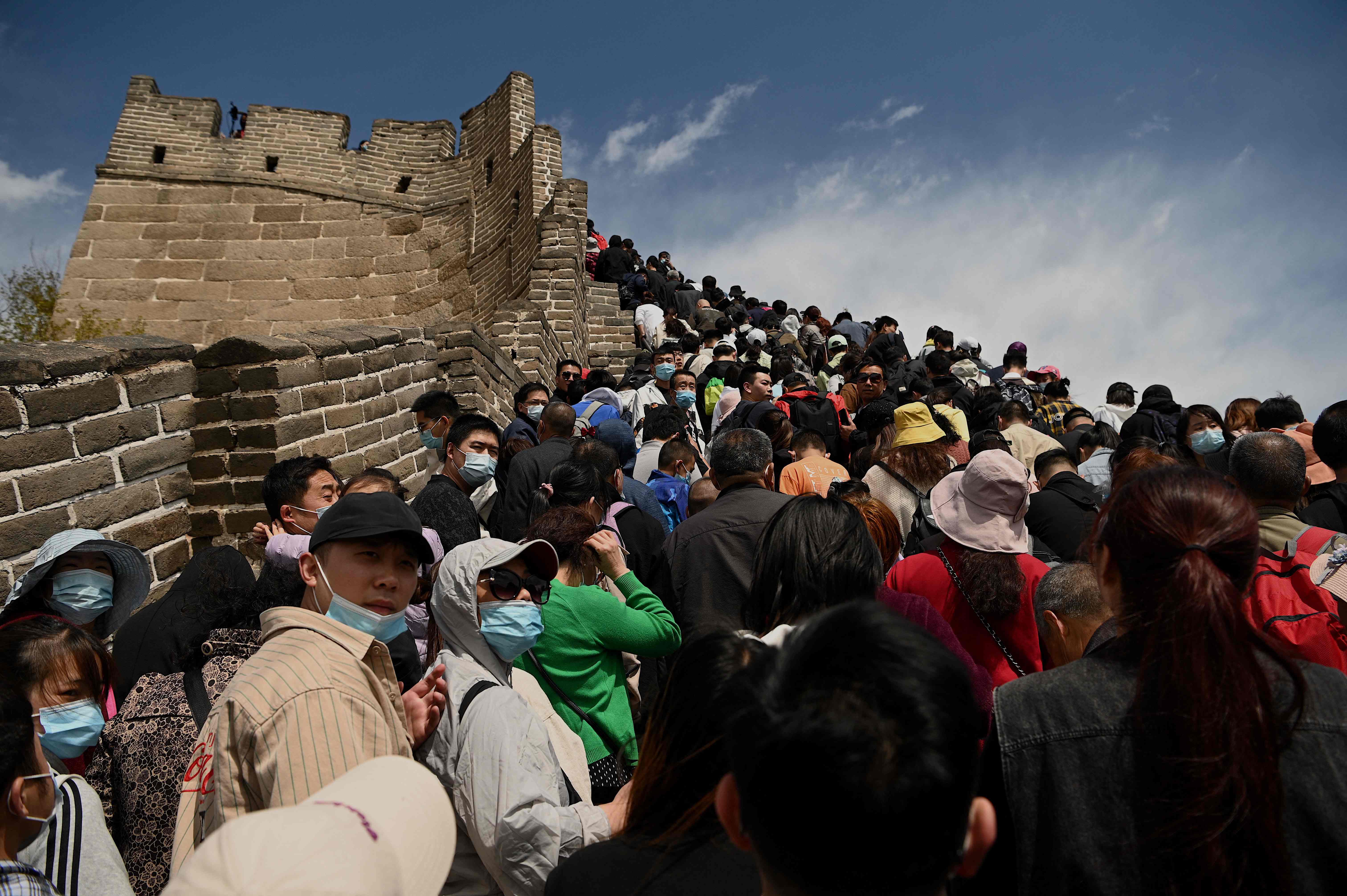 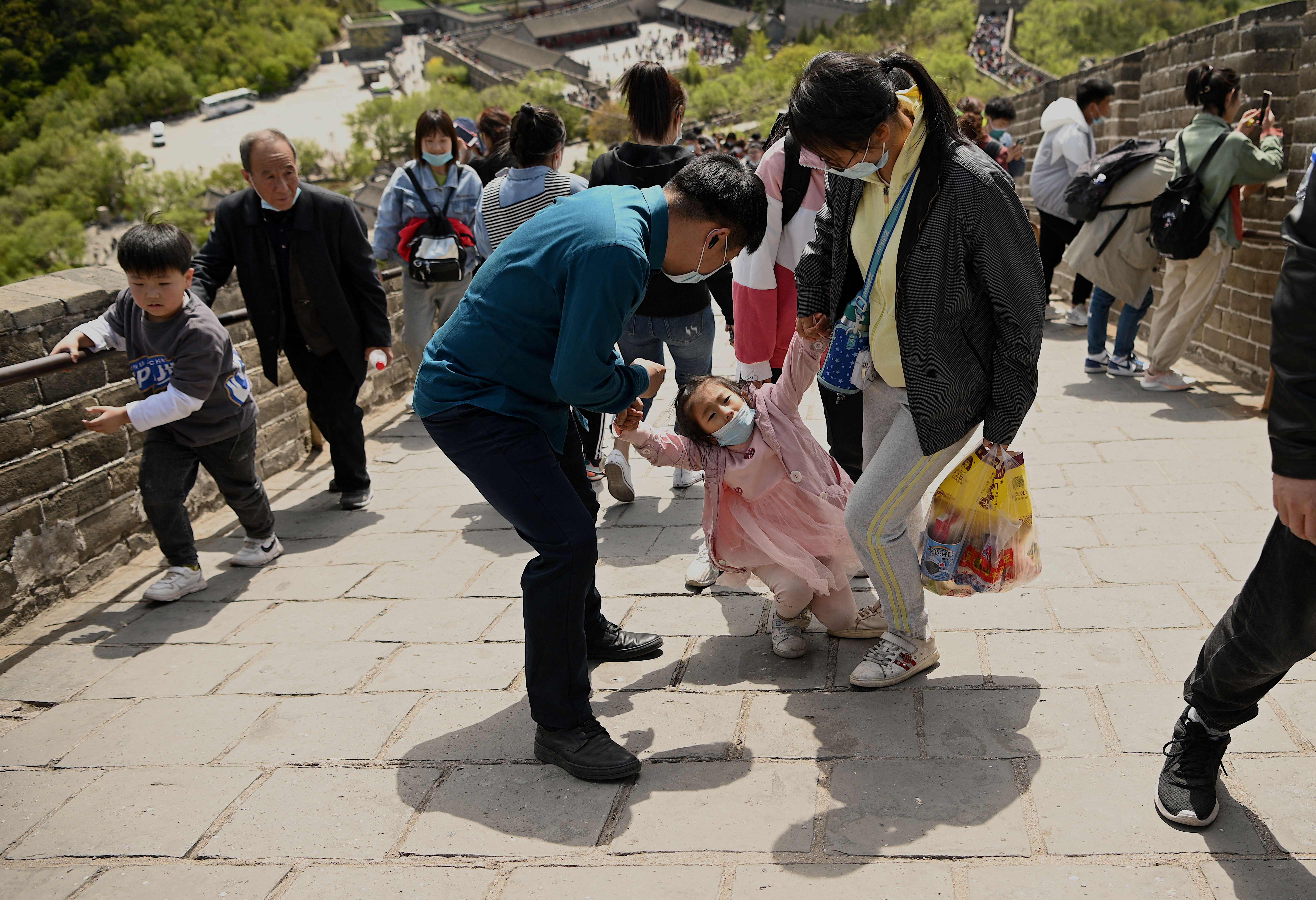 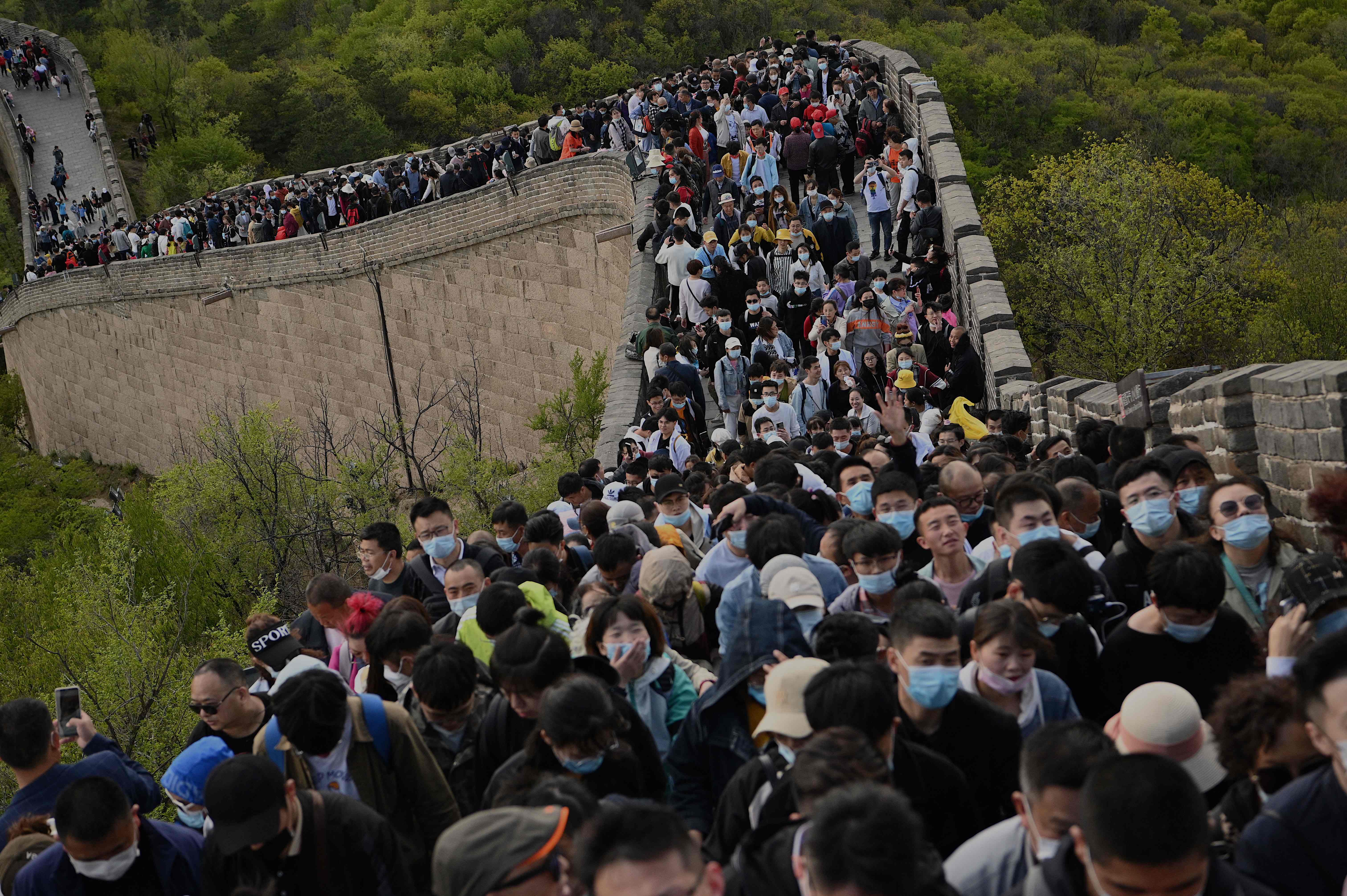 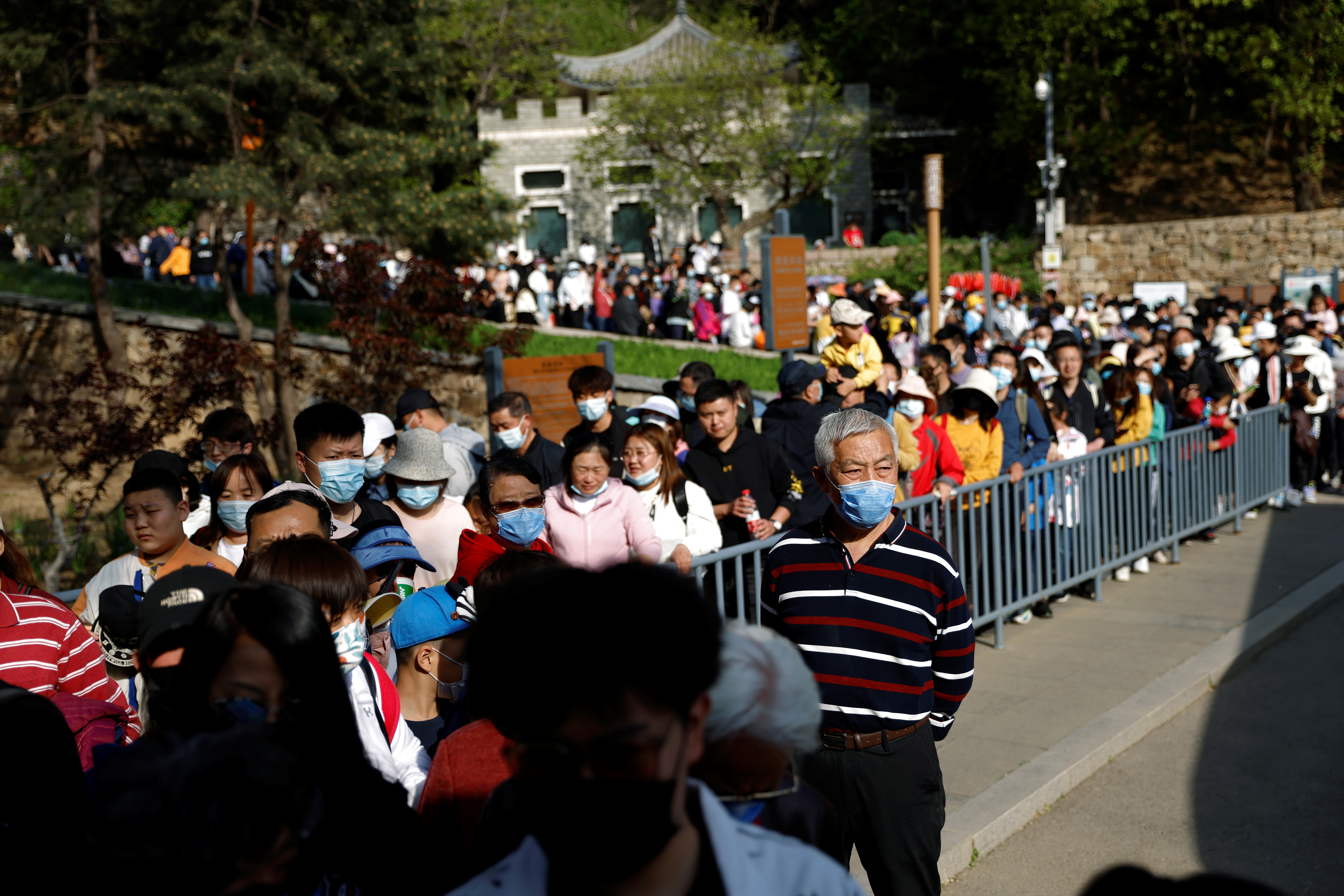 Tickets for domestic flights and into theme parks over the Labor Day holiday rapidly sold out, and the figures actually surpassed pre-Covid figures from 2019.

It is the first mostly restriction free holiday in the country since Lunar New Year plans in February had to be cancelled due to a domestic outbreak.

China claims mass vaccinations in cities has helped boost confidence in travel – with Beijing reporting 270million have been given the jab.

Some trips however are reportedly costing up to three times what they did last year as Chinese businesses cash in.

Last month, Shang Kejia, vice director of the Department of Transport of the Civil Aviation Administration of China, said: "Thanks to the effective epidemic containment measures adopted by China, the five-day holiday is expected to unleash the pent-up demand for air transport.

"Both the volume and prices of flight tickets showed rapid growth, and are likely to rise above the level from 2019, boosted by the sharp growth in the number of mid- and long-distance travellers in the extended holiday." 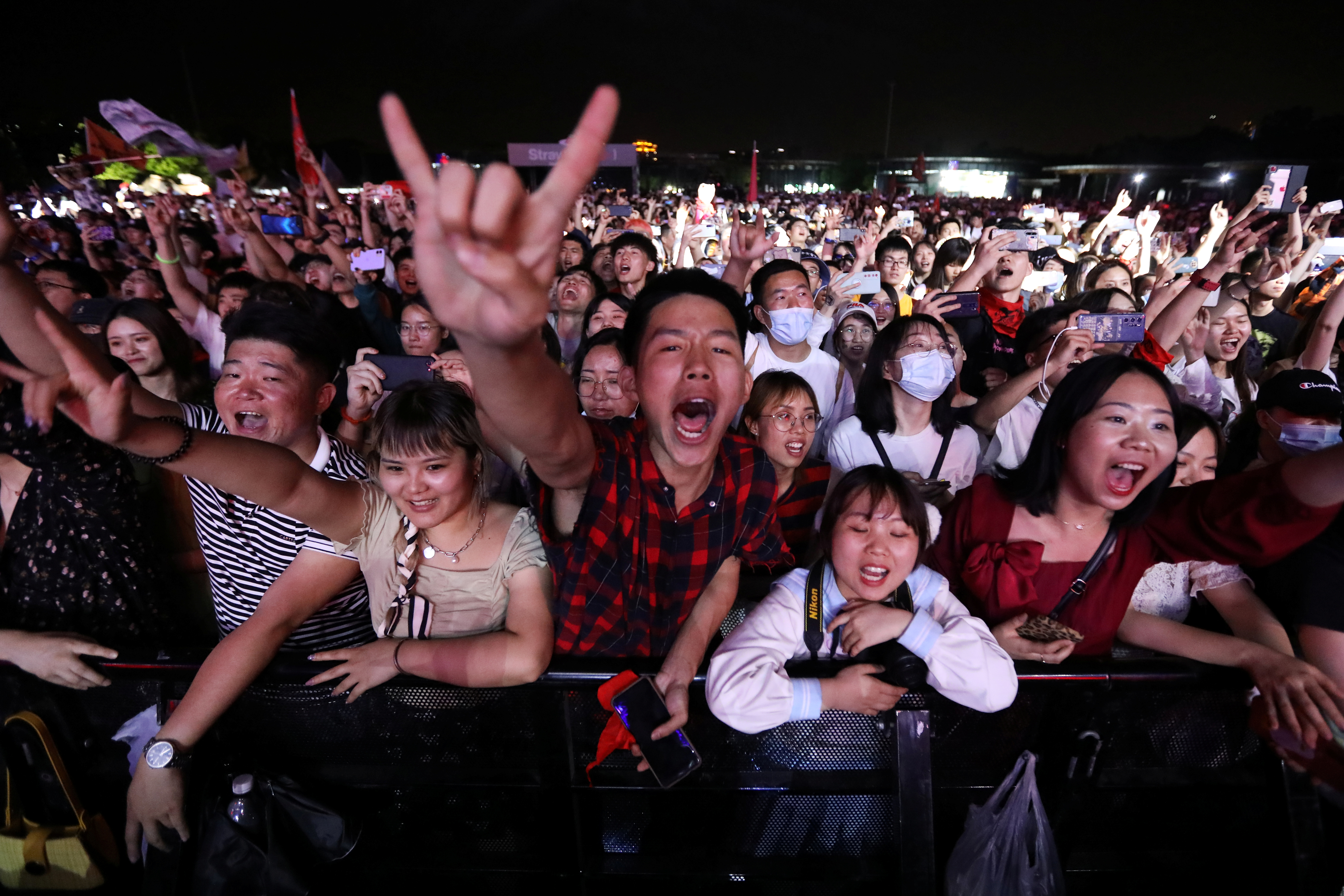 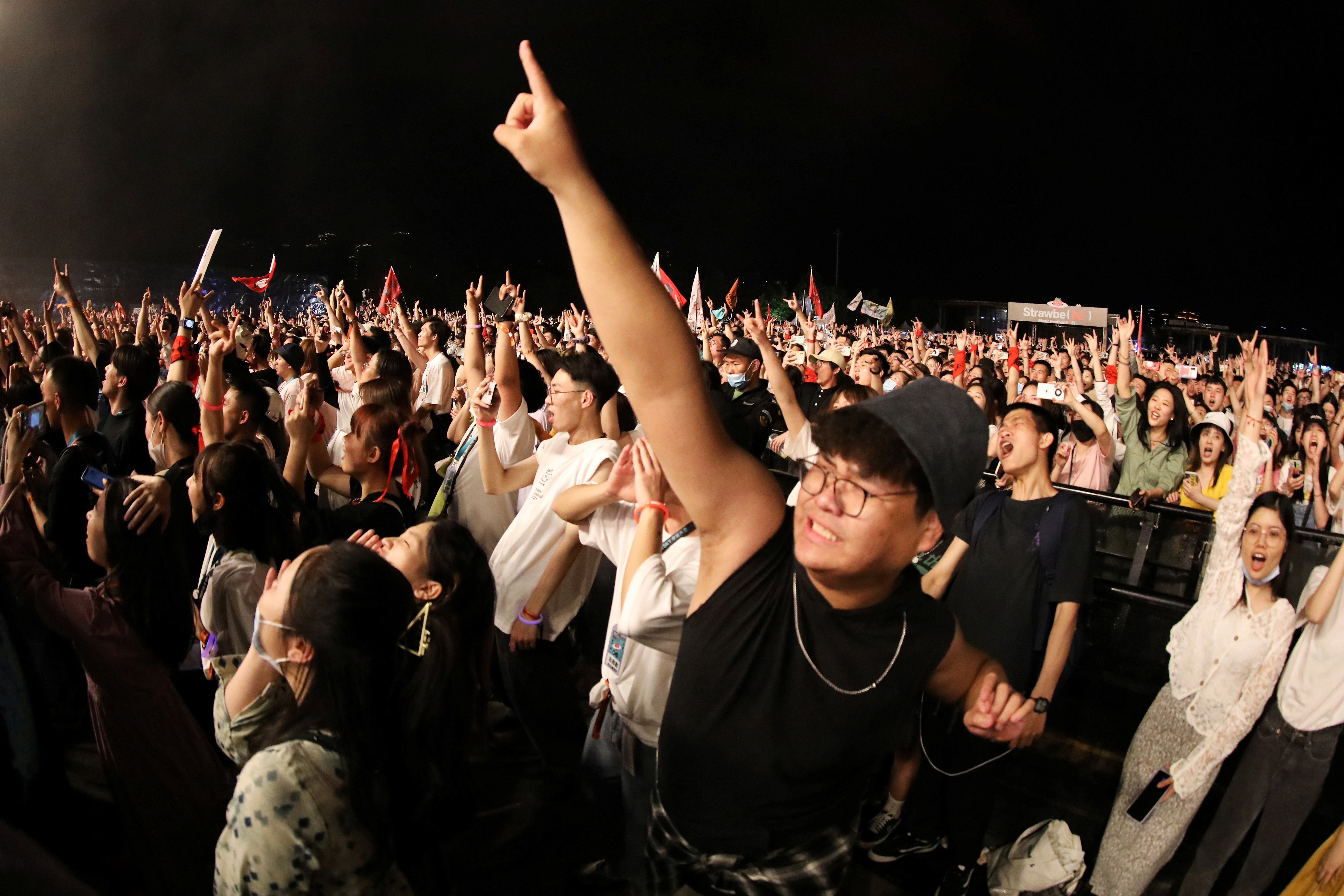 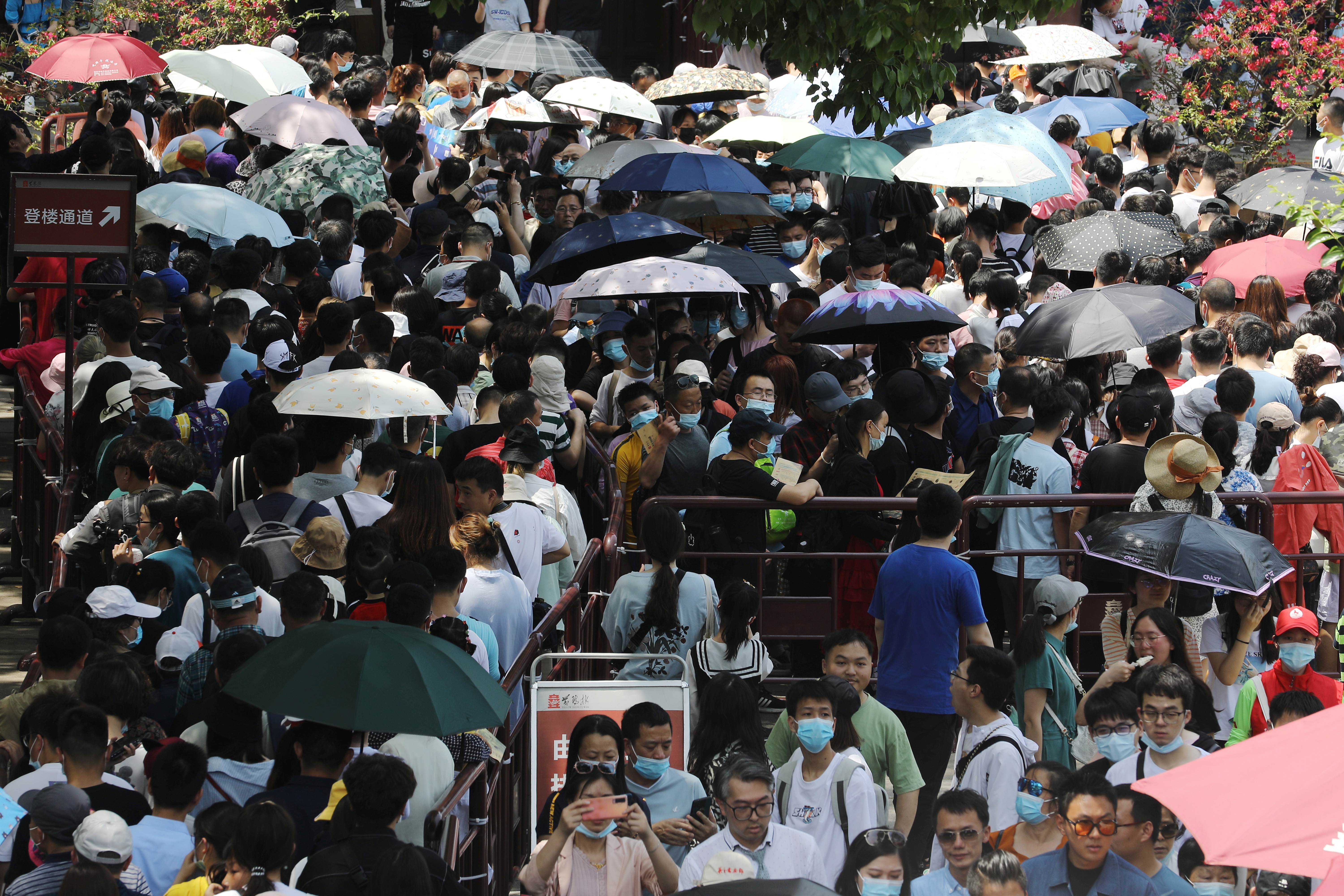 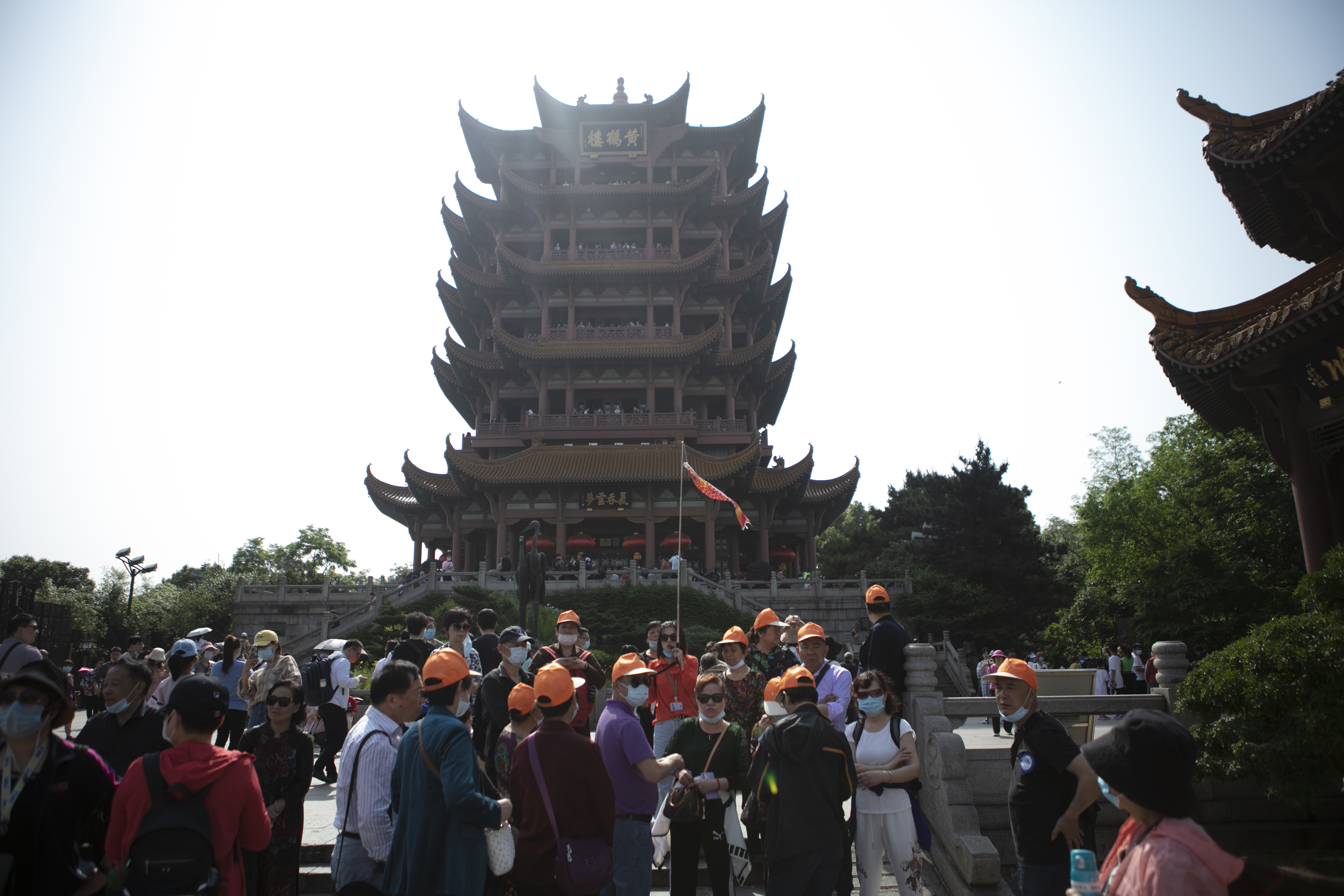 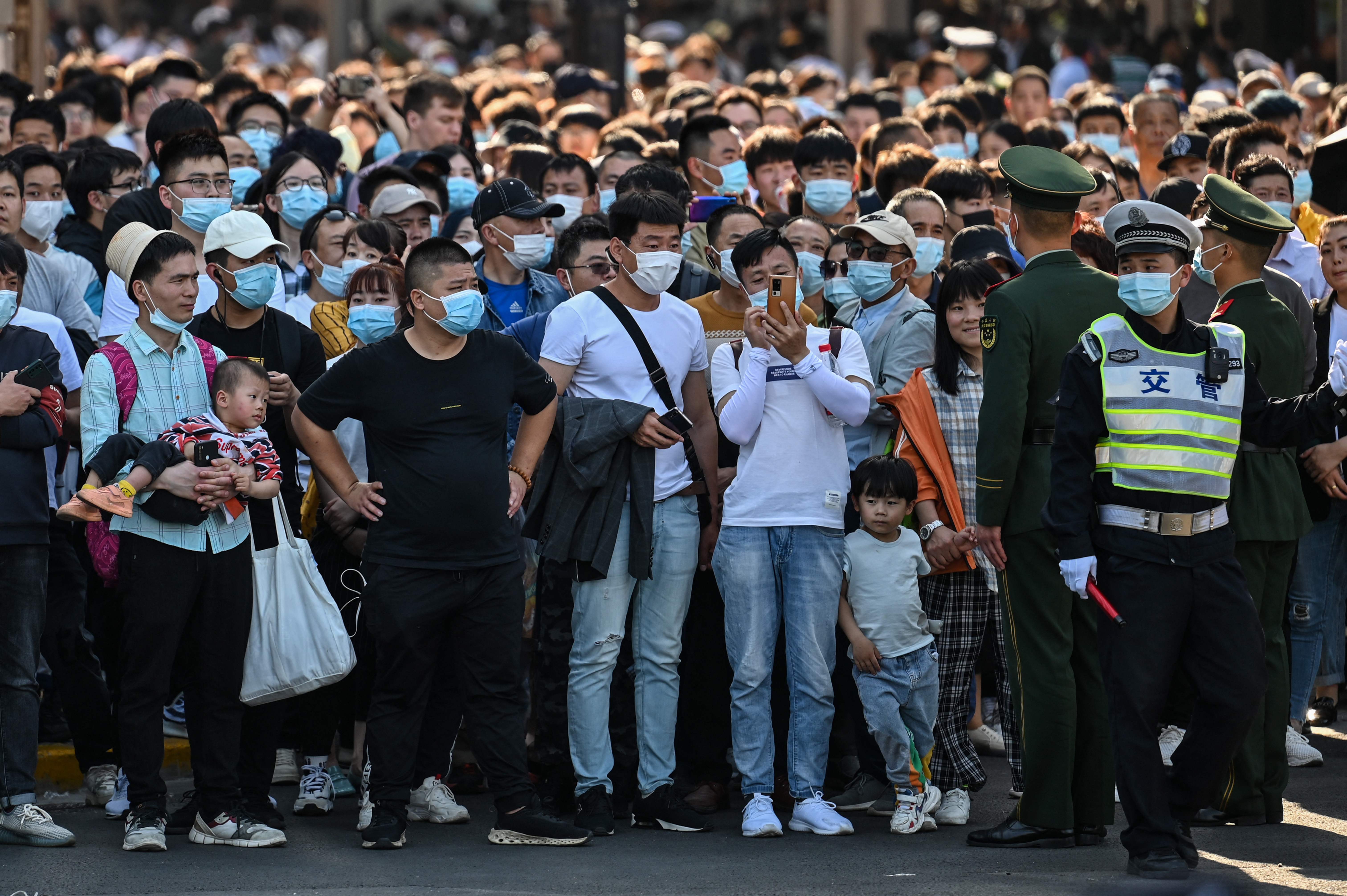 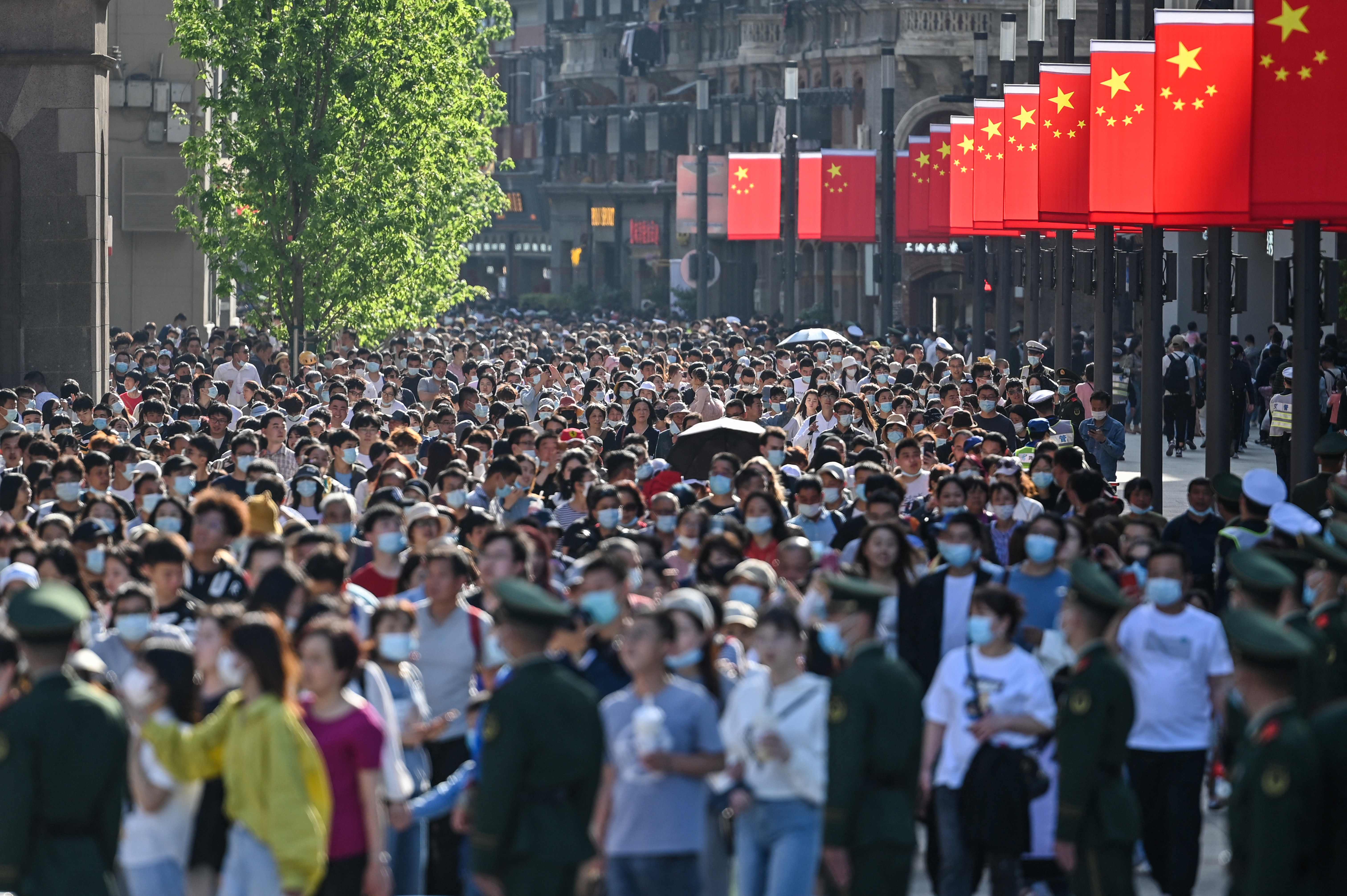 China has however detected its first cases of the Indian "double mutant" Covid strain which has been ripping through its neighbour to the West – leading to more than 400,000 daily cases.

Wu Zunyou, chief epidemiologist at the Chinese Centre for Disease Control and Prevention in Beijing, yesterday announced the strain had been discovered in “some Chinese cities”.

He did not specify where or how many infections had been reported.

Mr Wu told a press briefing: “We have found the Indian variant [among imported cases] in some cities in China.

“The public is concerned and worried. Implementing containment measures is key to stopping the spread of mutant strains, and also to prevent the occurrence of new mutations.”

However, it shows to have made no impact on people hoping to travel for Labor Day. 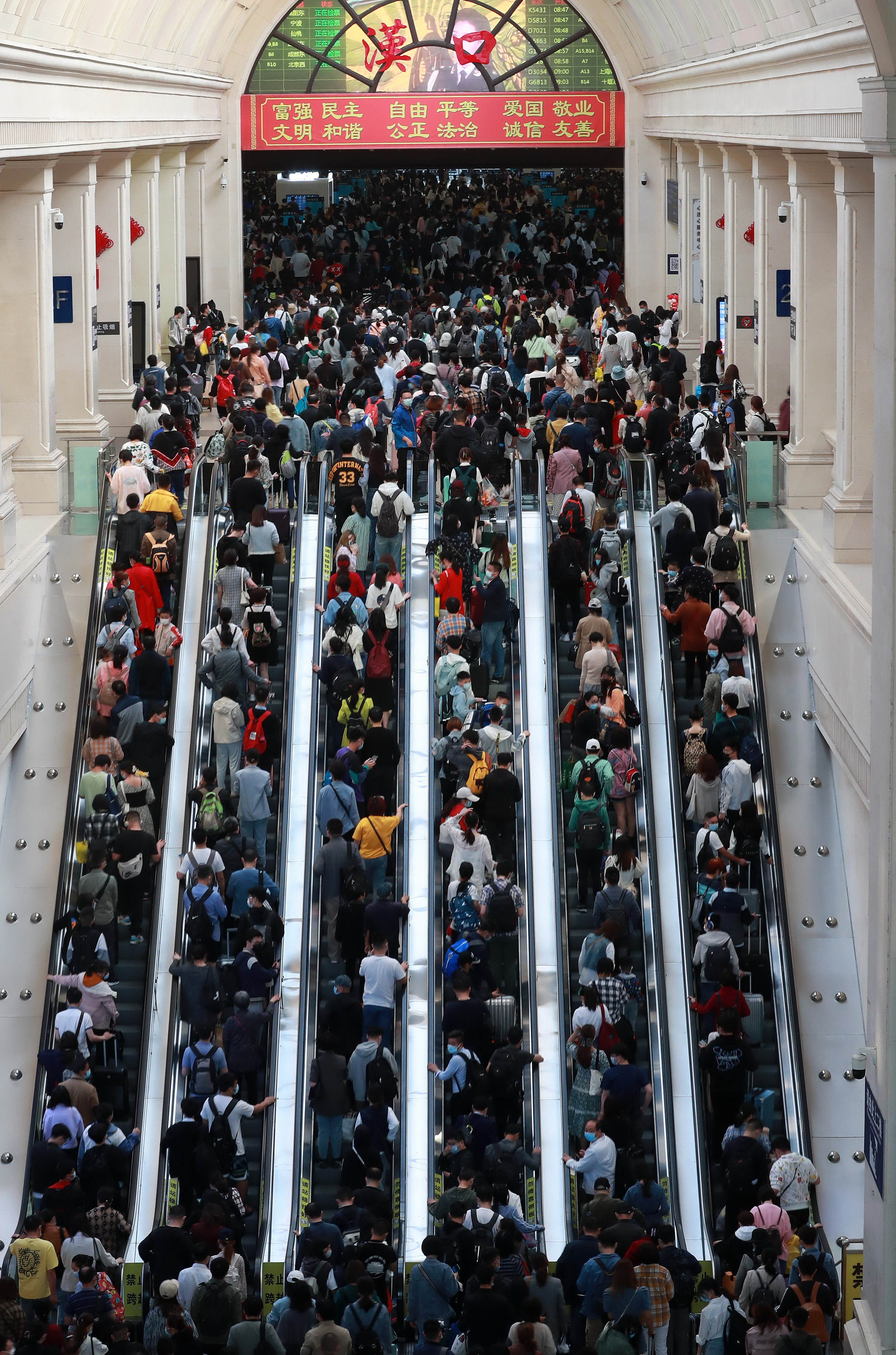 China has long been accused of attempting to cover up or distort its role in the story of Covid – with questions raised over whether Beijing has manipulated it figures.

Documents already revealed Beijing downplayed the bug to “protect its image“, and there have been repeated allegations that China has manipulated its death and case figures.

The Communist Party has always furiously denied any allegations.

And questions remain over where the virus came from, with suspicions remaining over whether the bug could have leaked from a lab in Wuhan.

Britain is gearing up for the next phase of easing out lockdown – with a raft of restrictions due to lifted last in May.

Partygoers attended a massive gig in Sefton Park, Liverpool, yesterday as the government attempts to establish how large events can start again and be safe.

Scientists will be looking to see whether crowds mixing and dancing indoors and outdoors increases the risk of transmission of Covid-19.

Air quality and movement were also being monitored as part of a Loughborough University-led study to create clear guidance on how to design and operate non-domestic buildings to minimise risk. 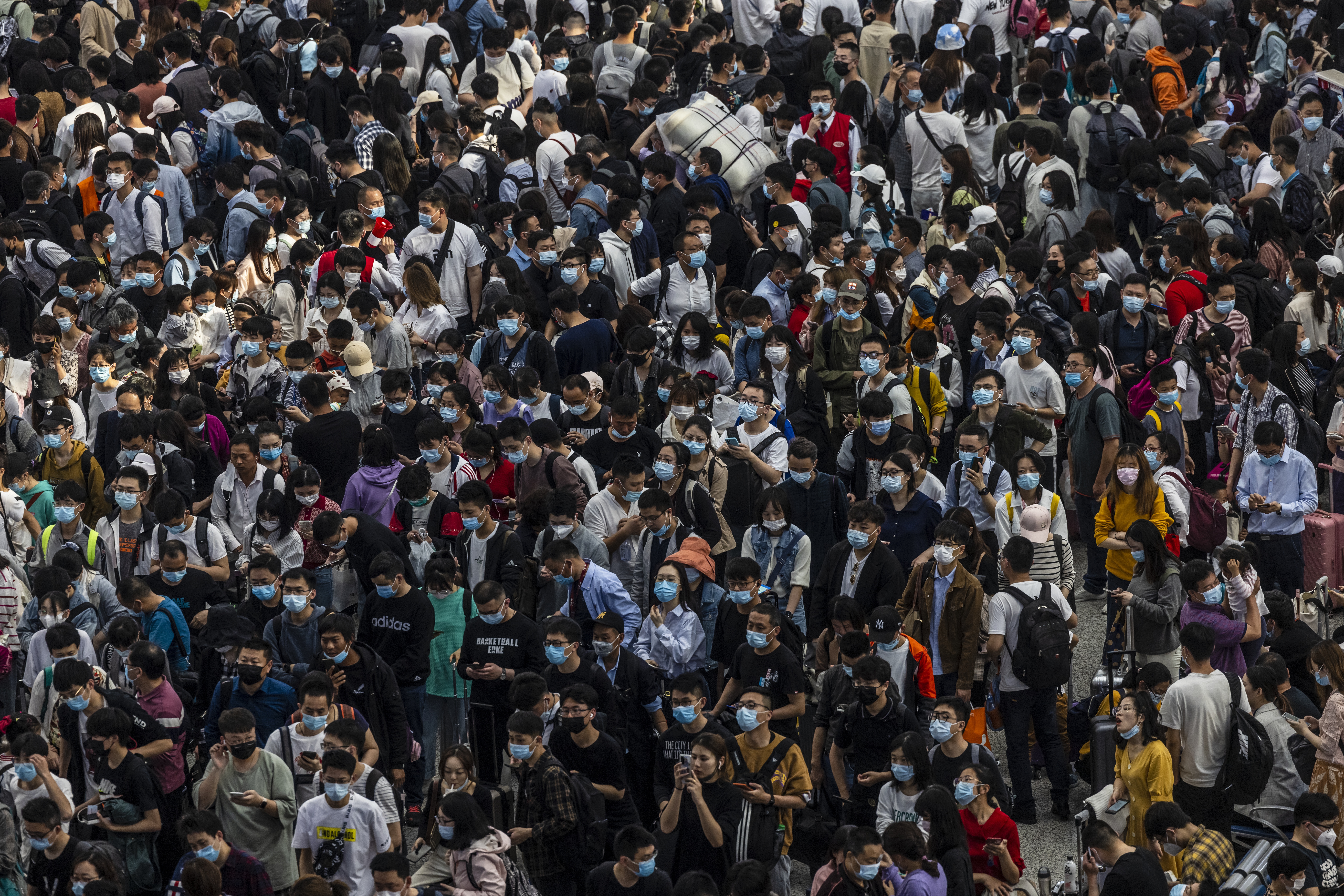 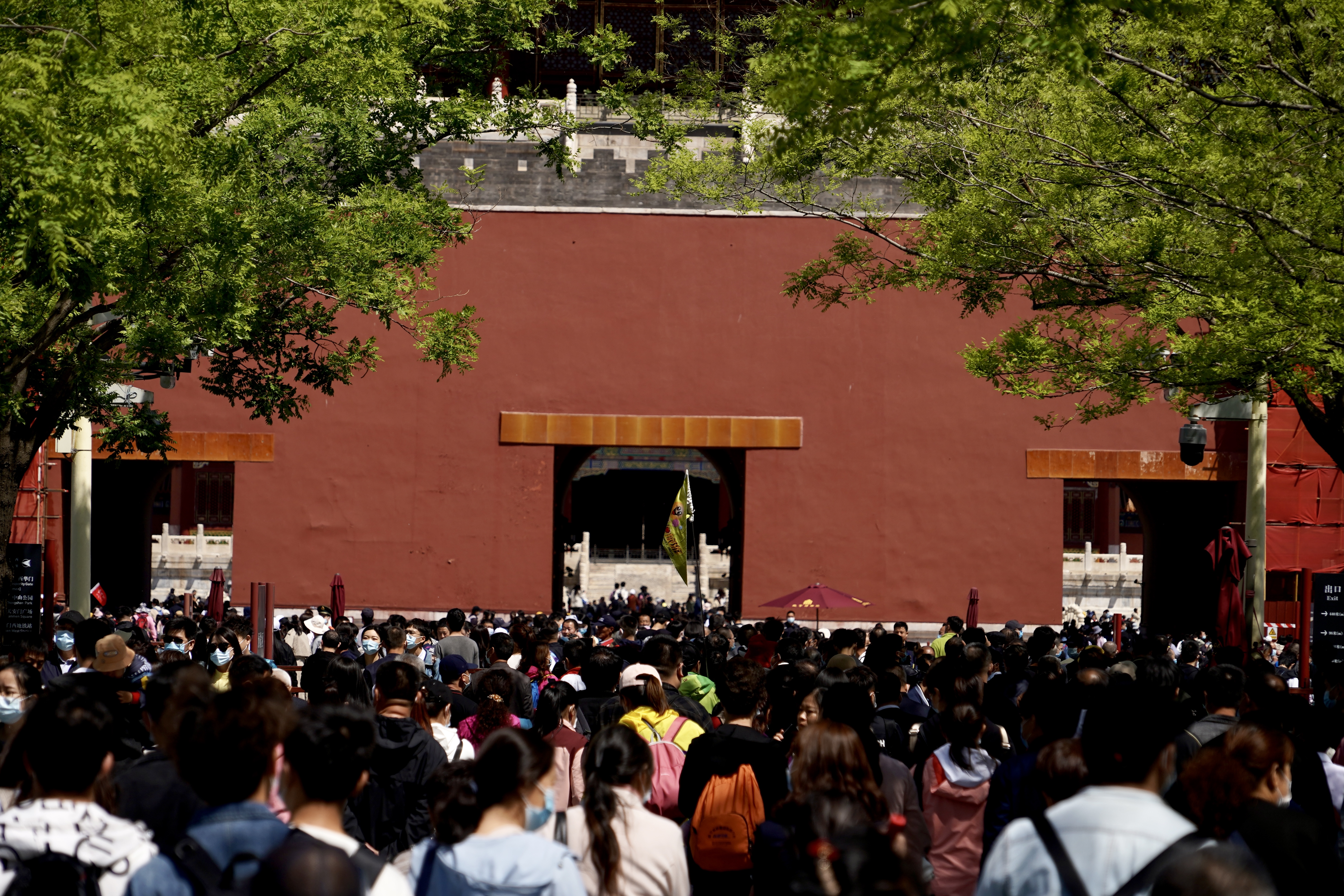 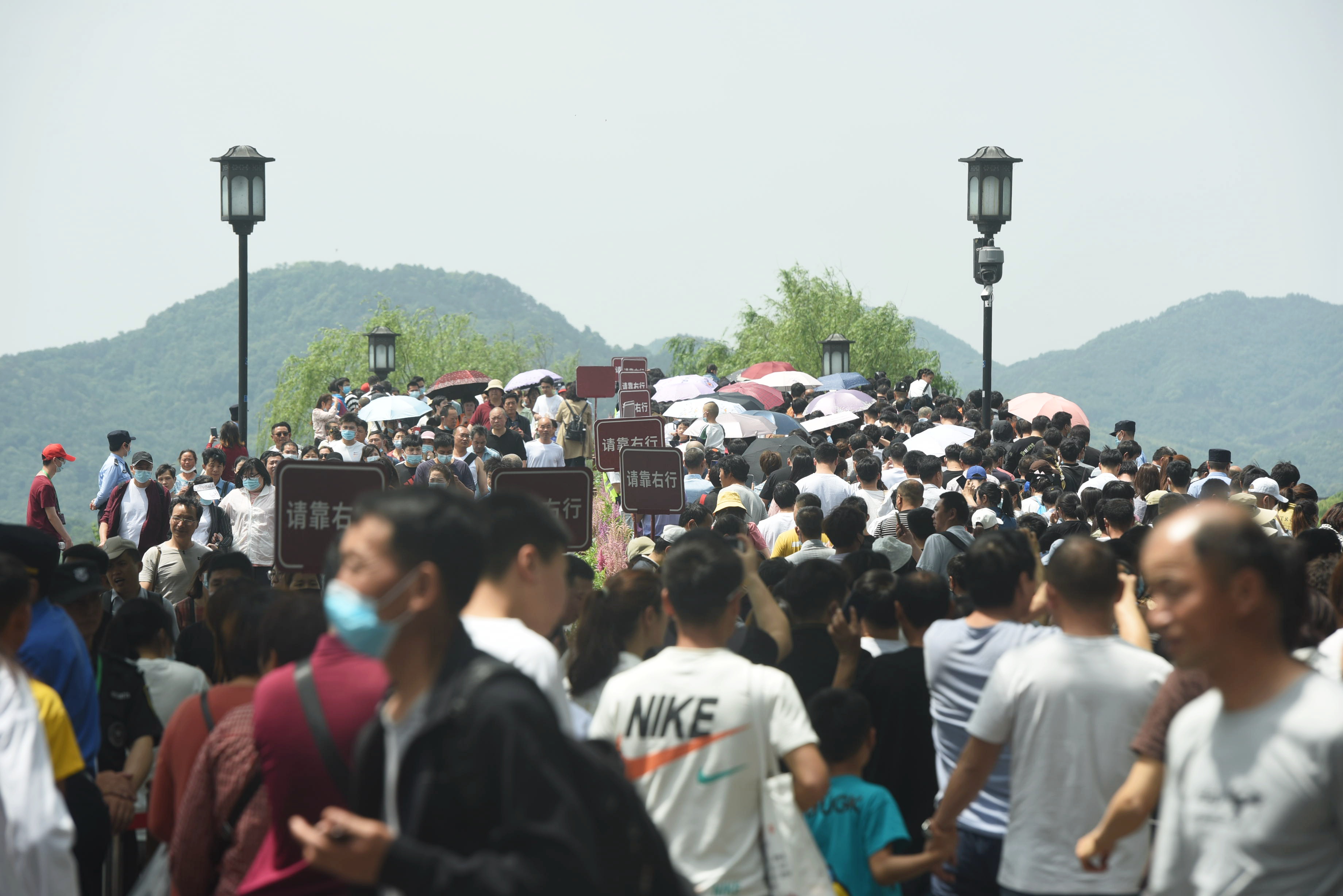 THIS IS A DEVELOPING STORY…

Tags: Grea, on, pack, together, tourists
You may also like
Recent Posts