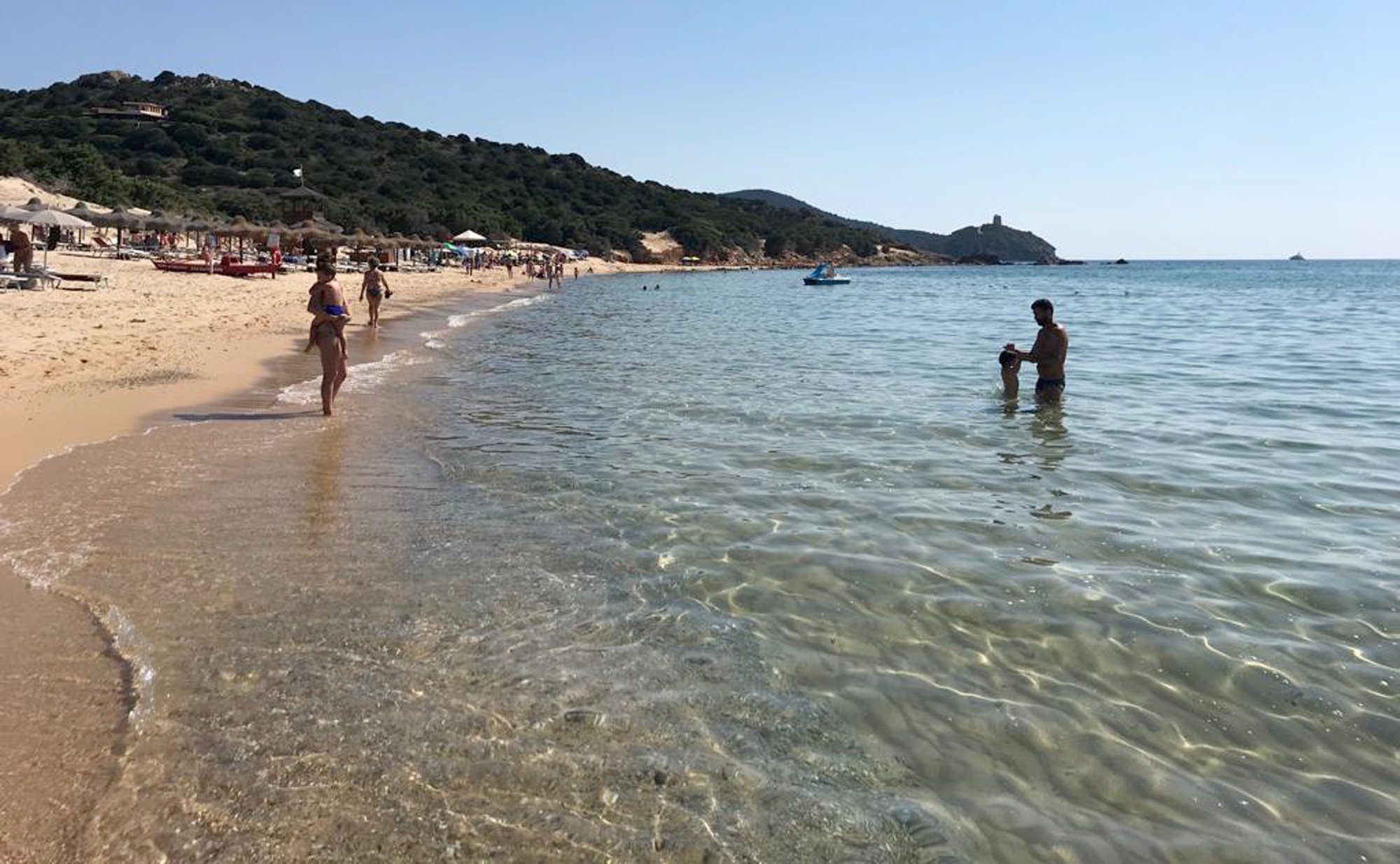 Dozens of tourists are facing eye-watering fines for pinching sand, pebbles and shells from beaches on the Italian island of Sardinia.

Sardinia is world-famous for its pristine white sandy beaches, which feed a flourishing black market for souvenirs on the internet.

Laws forbid removing sand from the beaches and the trade in sand, pebbles and shells was made illegal in 2017 to tackle the gradual depletion of the island’s natural assets by the millions of tourists who come and go each year.

The 41 individuals stole around 100kg of items from beaches in separate incidents, authorities said on Saturday.

The Guardia di Finanza said that dozens of adverts were later found online relating to the stolen goods.

Police use x-rays to spot bottled sand in travellers’ luggage during customs checks.

Hauls seized at Sardinia’s airports and ports included entire bags full of sand and stones, which officials have returned to the beaches where possible.

The thieves most commonly tend to be European tourists, with some Italian visitors also looking to make some easy cash.

In 2019, two French tourists were caught with 40kg of sand from the stunning coastal area of Chia on the island’s southern tip, crammed into plastic bottles in the boot of their car.

In 2017, more than a tonne of sand was reportedly found in tourists’ luggage at Cagliari airport.

Locals frequently highlight ecological damage in a Facebook page set up to highlight the issue called “Sardinia robbed and plundered“.

For more stories like this, check our news page.