A TINY kitten is fighting for its life after his legs were broken in a savage attack by cruel thugs who left him for dead.

A dedicated team of Australian veterinarians have named the 12-week-old pet ‘Wee Rupert’ as they fight to save him. 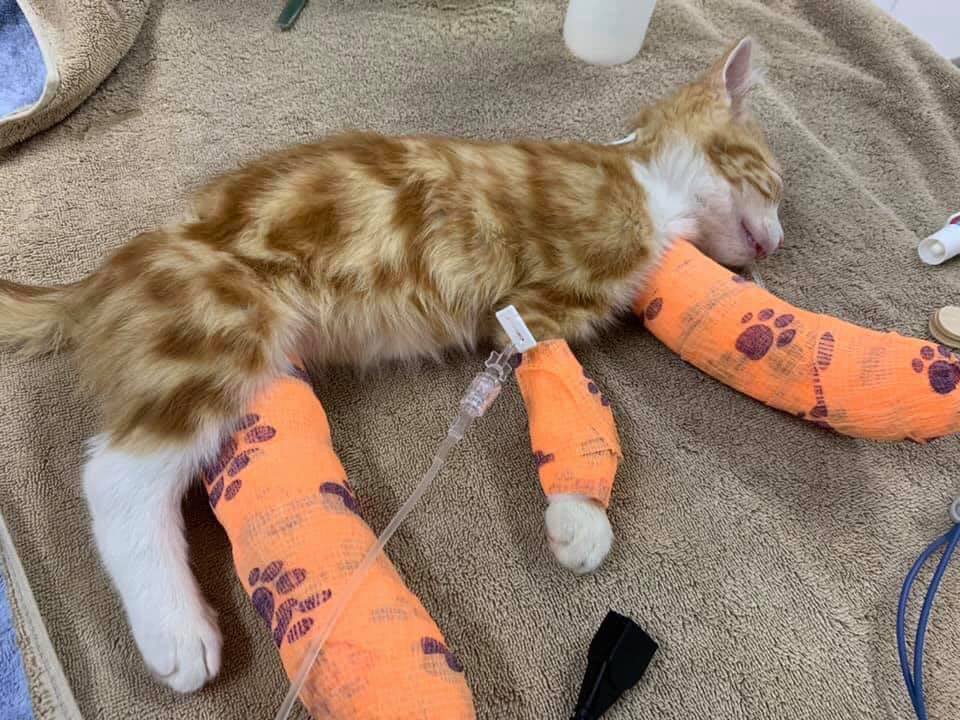 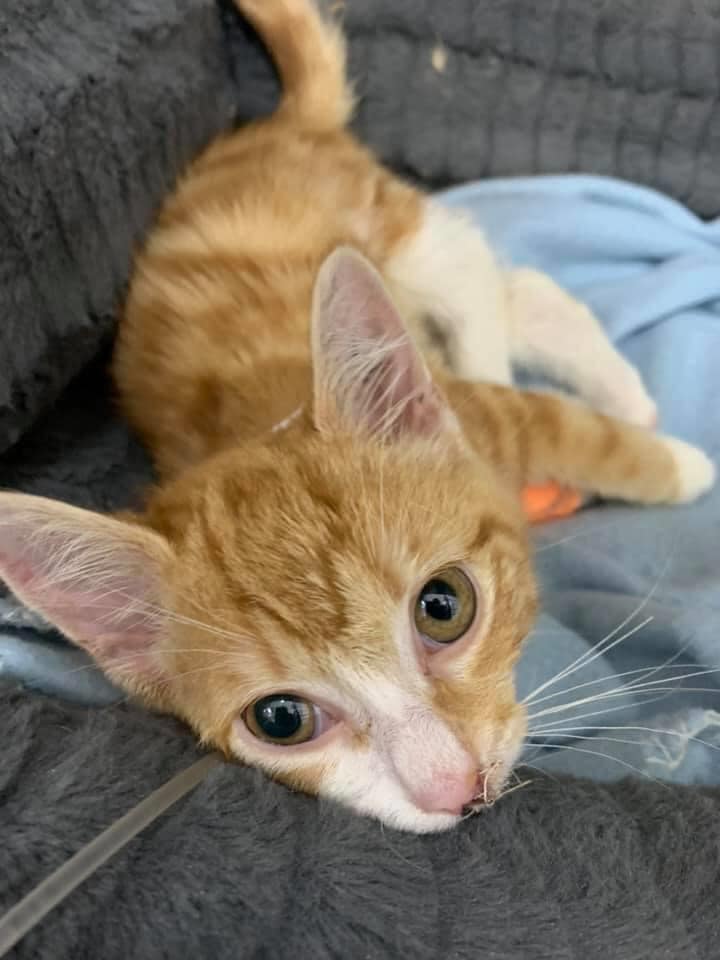 Wee Rupert was brutally beaten before he was handed into PetStock Carrum Downs in Melbourne on May 28.

While it’s not clear if his attackers have been caught or why Wee Rupert became their victim, it is clear they were seriously violent with the little pet.

Wee Rupert was left with a head injury, facial injuries and two broken legs due to his abuse.

The kitten had to undergo emergency orthopaedic surgery before being taken to the ICU at Peninsula Vet Hospital to recover.

However Wee Rupert is far from recovered and requires further surgeries – in total costing almost $4,000 (£2,200). 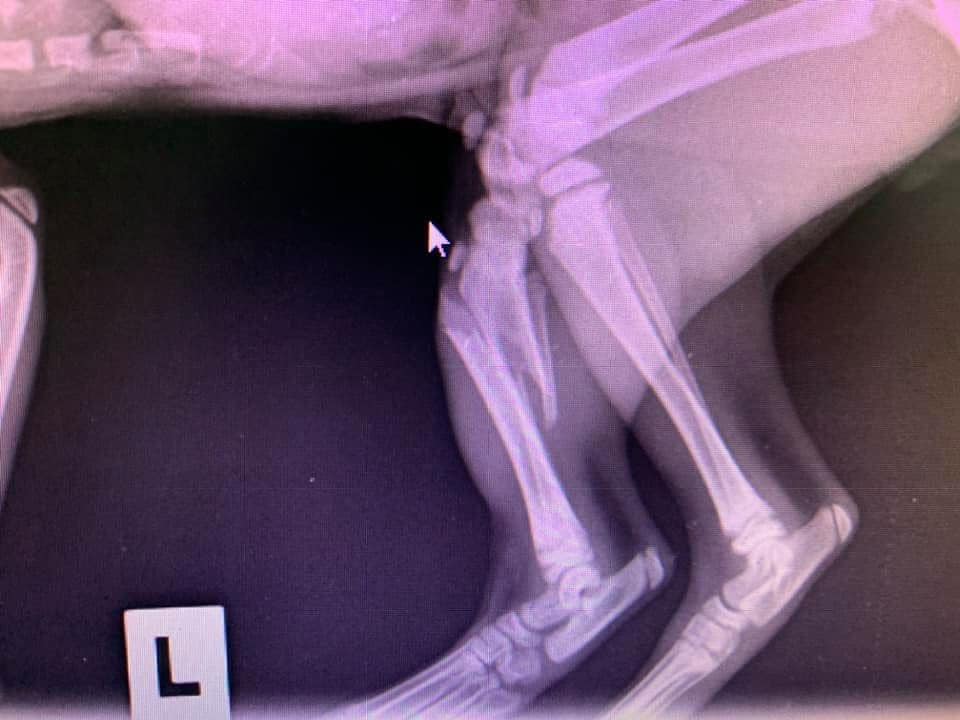 The vet shared a post of Wee Rupert on social media, in a bid for some financial aid so the kitten can continue to be cared for.

They wrote: “Wee Rupert has been through far too much for a 12-week-old kitten.”

“Unfortunately as a small rescue group this is a massive undertaking but Rupert needs our help and yours.”

The team have set up a donate page which quick took the attention of the local community.

Hundreds donated to the worthy cause, raising almost double the vet’s original goal.

The vets have said they’re thrilled with Wee Rupert’s recovery so far, and are hopeful that once he is able to fully recover he will find a loving forever home.

The team wrote on Facebook: “Let's show this little boy he deserves a life without abuse and support his long road to recovery.”

Wee Rupert's next surgery is scheduled for June 15 and “won’t be his last.”

The vet has said he may need an amputation due to the brutal attack, and the long lasting effects of his injuries are still unknown.

But they are optimistic and determined to keep the public up to date with “his long road to recovery.”