Texas inmate, 60, who spent 40 years on death row for murder is granted parole after Supreme Court ruled he is intellectually disabled 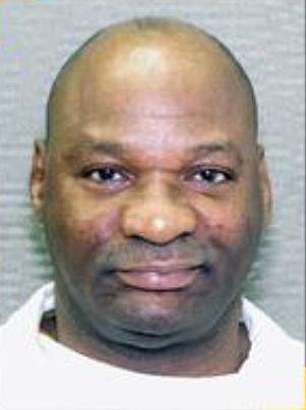 Bobby Moore, 60, a Texas inmate who spent four decades on death row for a murder conviction, was granted parole on Monday

A Texas inmate who spent four decades on death row for a murder conviction was granted parole on Monday, after the US Supreme Court ruled that he cannot be executed because he is intellectually disabled.

Bobby Moore fatally shot 72-year-old Houston grocery store clerk James McCarble in 1980 during a robbery. He has been on death row for nearly 39 years.

The Supreme Court’s ruling in the long legal battle over whether Moore, now aged 60, could be put to death came in February 2019 after prosecutors with the Harris County District Attorney’s Office agreed with Moore’s attorneys that he should be spared capital punishment.

Earlier this week, the Texas Board of Pardons and Paroles voted to release Moore.

State Rep. Joe Moody, a Democrat from El Paso who co-chairs the Criminal Justice Reform Caucus in the Texas Legislature, praised the decision on Twitter, reported The New York Times.

‘A nice breath of hope during a very difficult national conversation—I’m proud that our Board of Pardons and Paroles has agreed with the #CJReform Caucus & voted to release #BobbyMoore,’ he wrote.

In March, Moody was among the 23 members of the recently formed caucus who sent a letter to the parole board asking to release Moore, arguing that he has been wrongly denied numerous parole reviews over the course of 20 years.

Moore, who is African-American, is expected to regain his freedom once his discharge papers are reviewed, according to Texas Tribune. 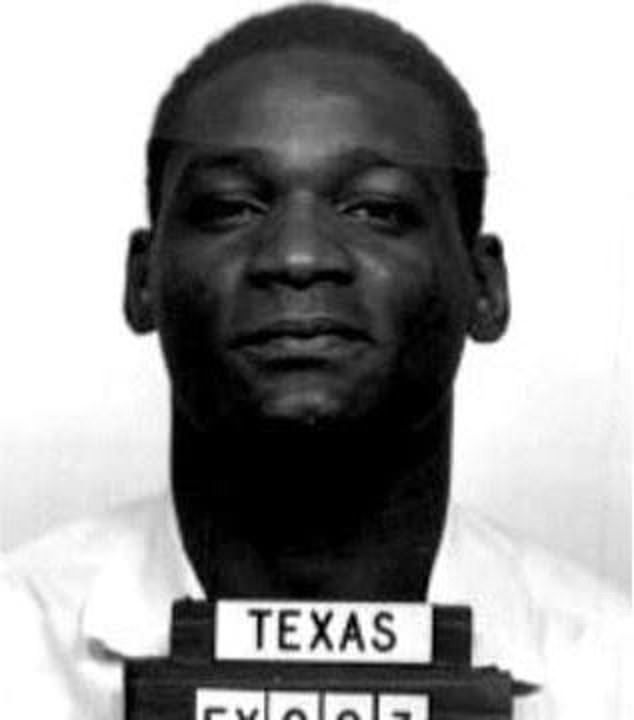 Since 2017, Moore’s case had come before the nation’s highest court twice. Three years ago, the Supreme Court said the Texas Court of Criminal Appeals had used outdated standards to decide that Moore was not intellectually disabled.

The case was sent back to the Texas appeals court, which in June again ruled Moore was not mentally disabled.

The Supreme Court in 2002 barred execution of mentally disabled people but has given states some discretion to decide how to determine intellectual disability. However, justices have wrestled with how much discretion to allow.

Texas looks at three main points to define intellectual disability: IQ scores, with 70 generally considered a threshold; an inmate’s ability to interact with others and care for himself or herself; and whether evidence of deficiencies in either of those areas occurred before age 18.

In 2004, the Texas appeals court created additional factors, including whether an individual’s conduct showed leadership and whether a person could ‘hide facts or lie effectively.’ 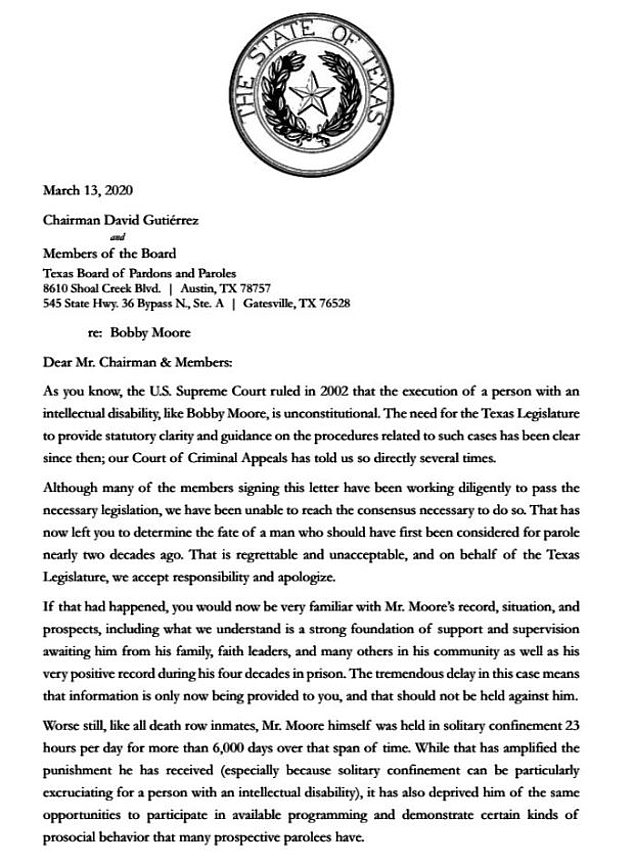 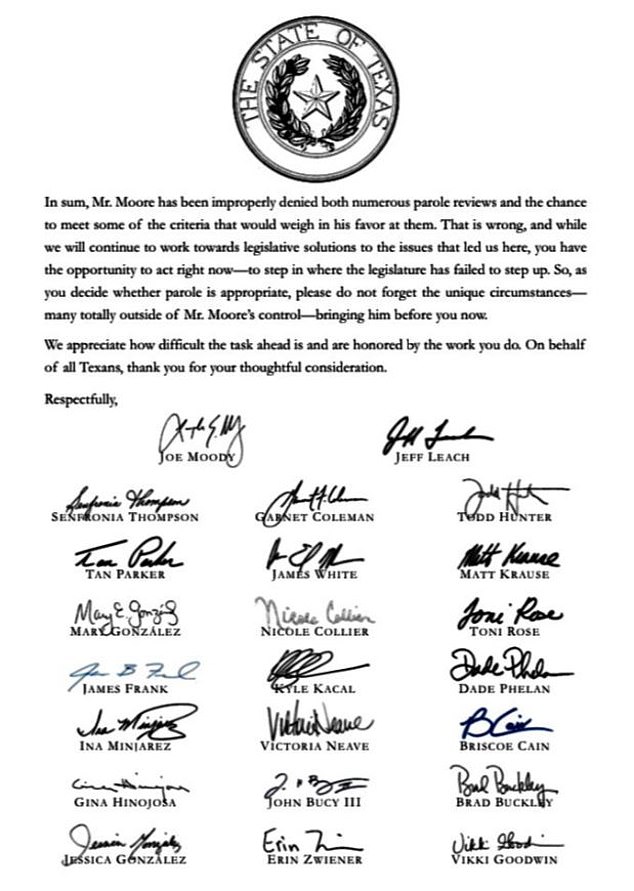 In March, the Criminal Justice Reform Caucus in the Texas Legislature sent a letter to the parole board asking to release Moore

In last year’s 6-3 ruling in the Moore case, the Supreme Court criticized the Texas appeals court for continuing to rely on the additional factors it had created.

The high court has said these factors, named after a former death row inmate named Jose Briseno, have no grounding in prevailing medical practice and invite lay stereotypes to guide assessment of such disability.

The Supreme Court said the Texas appeals court did not discuss evidence that seemed to support Moore’s claims of intellectual disability, including that when he was in school, Moore was made to draw pictures when other kids were reading and that by sixth grade, he struggled to read at a second-grade level.

In a concurring opinion, Chief Justice John Roberts — who had previously sided against Moore — joined the majority, saying the Texas appeals court ‘repeated the same errors that this Court previously condemned.’

Harris County District Attorney Kim Ogg, a Democrat, supported the change of Moore’s sentence from death to life in prison in November, but she reserved judgment on his impending release.

‘We agree with the U.S. Supreme Court that the intellectually disabled cannot be executed, no matter how heinous the crime. His parole is a matter exclusively in the hands of the state’s parole board,’ Ogg’s spokesperson Dane Schiller wrote in an email to the Times on Monday.