A TEEN mom allegedly filmed herself beating and suffocating her baby daughter – and sent a video of the vile attack to the girl's father.

Bryunna Joyce, 19, was arrested on Sunday after allegedly telling her ex: "U think I wont kill her say it again. I'm just act like its a accident." 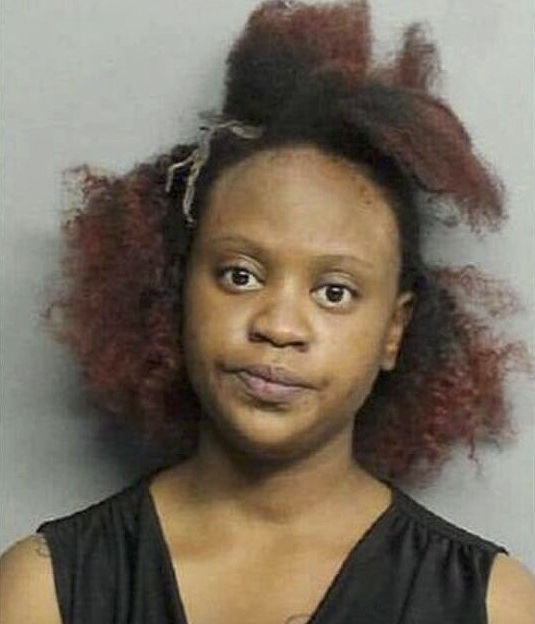 Joyce, from Hialea, Florida, appeared in court on Monday where she faced charges including child abuse, child neglect, and domestic battery by strangulation.

She is said to have sent her ex-boyfriend videos beating and slapping the newborn after the pair argued.

Joyce is also accused of holding a blanket over the girl's head for 37 seconds as the tot is seen struggling for air, the Miami Herald reports.

The baby girl is now said to be recovering at hospital.

In another video officials say she called her daughter a "b***h" before threatening to feed her cat food.

Other texts allegedly read: "F**k this baby. She is dead laying [in] the car seat. Like a dog.

"Well this getting boring. I’m really treat your child like dog s***. "

Miami Detective Ervens Ford Jr. said of one clip: "The victim is seen crying and moving her face around in order to breathe."

The arrest report adds: "The defendant also recorded herself rocking the car seat back and forth, hitting the victim in the head with the bottom of the car seat approximately five times."

The baby's father is said to have sent the messages to the Florida Department of Children and Families.

When they failed to find Joyce, the baby, and her second child at their home, the trio was reported as missing before the mother's arrest in Liberty City.

Tags: beating, films, herself, Mom, teen
You may also like
Recent Posts