This year, the typical spread of snacks and appetizers for the big game is expected to cost 8-14% more as compared to last year, according to Wells Fargo Chief Agricultural Economist Michael Swanson.

Wells Fargo looked at inflation in January and found that steak saw a whopping 23% price increase from the previous year while boneless chicken wings were up 26%. The latest Consumer Price Index (CPI) data, released on February 10 by the Bureau of Labor Statistics, told a similar story.

CPI rose by 7.5% year-over-year in January, the highest jump in 40 years. The cost to eat at home rose 1% during the month while dining out prices rose 0.7%. 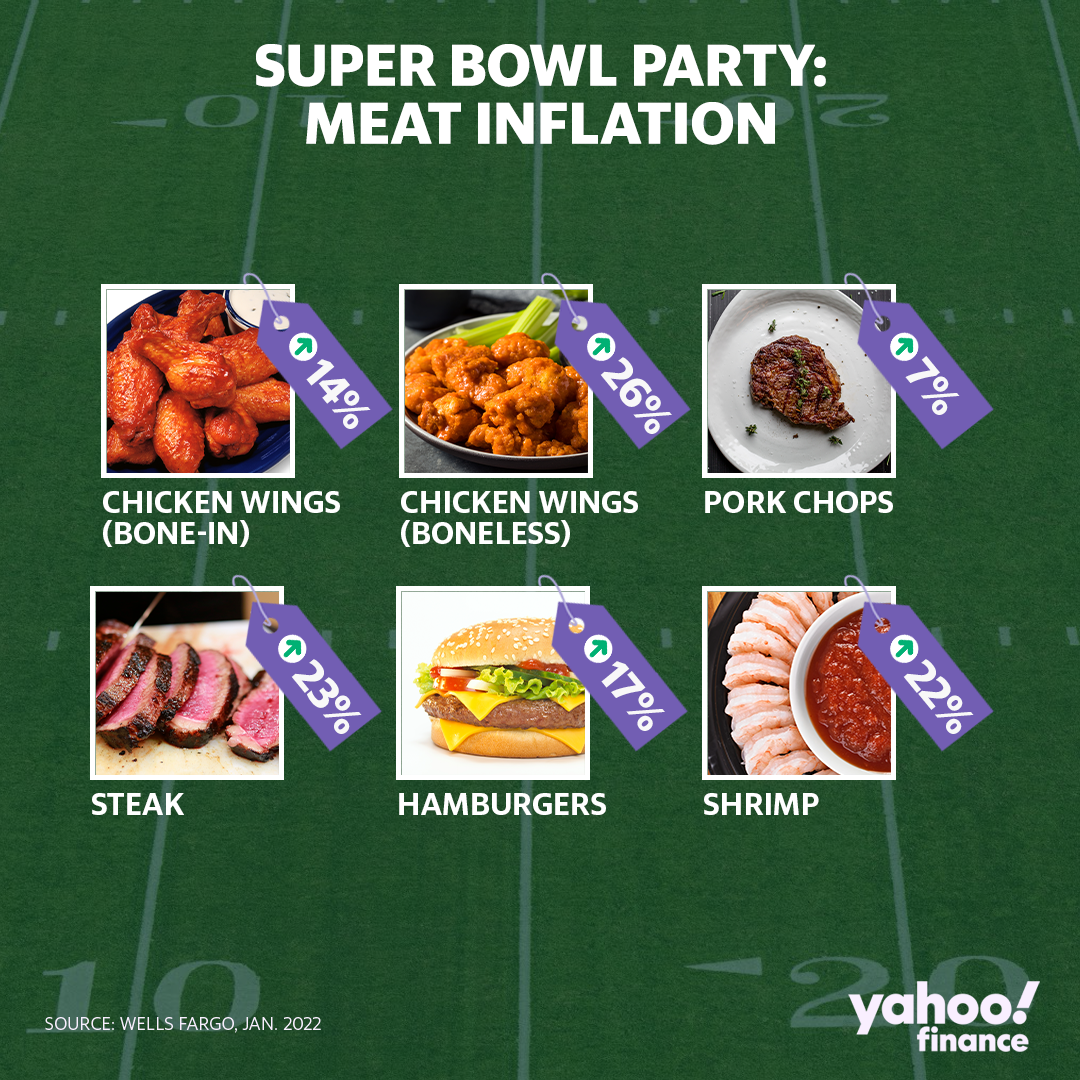 It's not just raw materials that are driving prices higher: Strategic Resource Group Managing Director Burt Flickinger told Yahoo Finance Live that "part of the problem beyond the cost of raw materials is the packaging materials. 80% is made in mainland China. So there won't be enough Lay's potato chips for the Super Bowl… because they can't get the inside film to make the packages. And that applies to salt and snacks, cookies and crackers, all the way to sports beverages. So prices [are] high and going higher."

As big brands face higher costs for raw materials, packaging, and labor, they're handing off some of those increases to consumers. For instance, PepsiCo (PEP) Vice Chairman and CFO Hugh Johnston recently told Yahoo Finance that the company would look to raise prices by up to 10% this year.

"Because the world is in a bit of a stressful place, the simple pleasures of our products I think people are generally finding worth paying a few pennies more for," Johnston said. "You will see pricing up a bit," 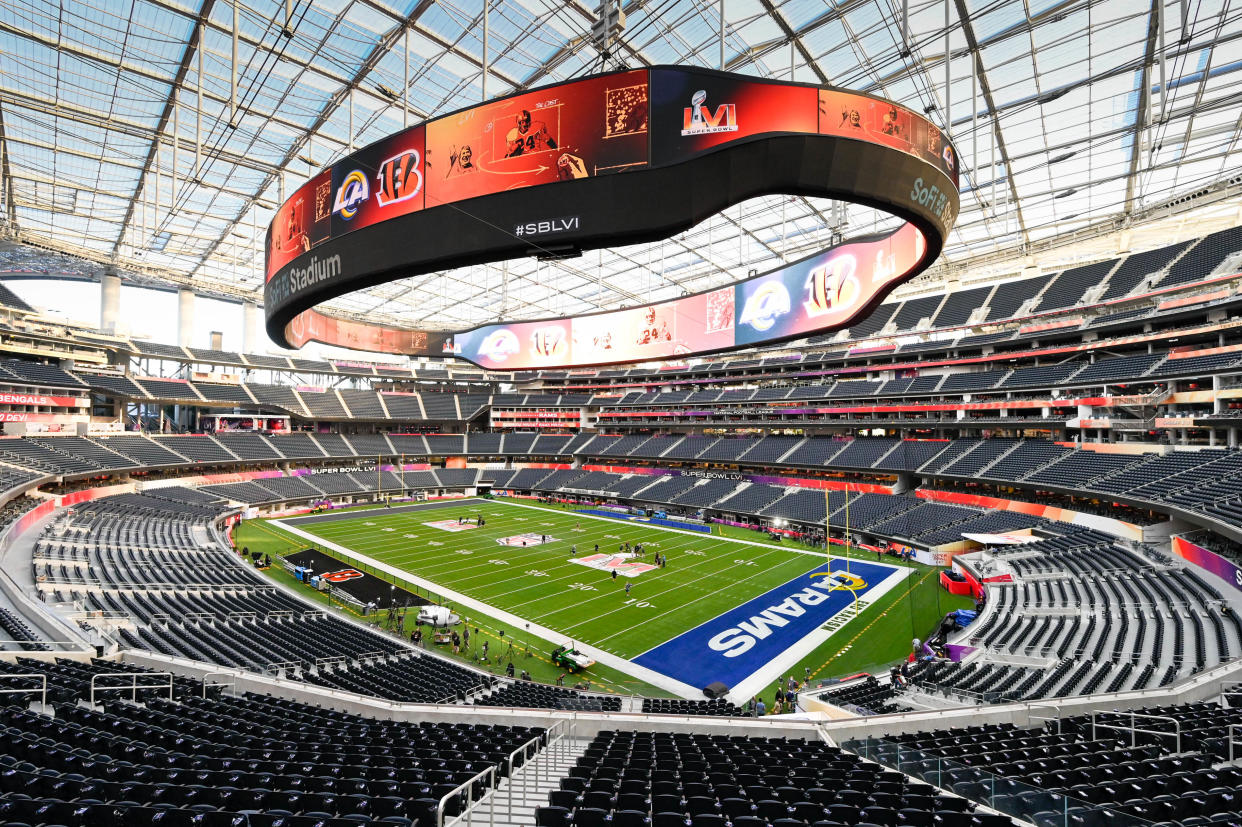 'You can put a few more veggies on the platter'

With food prices up across the board, Swanson offered a few tips to score a bargain while keeping guests full as they watch the Big Game.

"Definitely, if you can put a few more veggies on the platter, you're going to find an opportunity to stretch that dollar," Swanson told Yahoo Finance in a separate interview. He noted that prices for carrots, celery, and tomatoes stayed roughly flat.

Swanson also initially recommended guacamole, as strong avocado supply from Mexico and Peru has generally kept prices low. However, that call hasn't held up as well as he hoped.

"Omicron really hit the truckers hard,” Swanson said. "We're seeing some real spikes around the country on that particular item as well.” 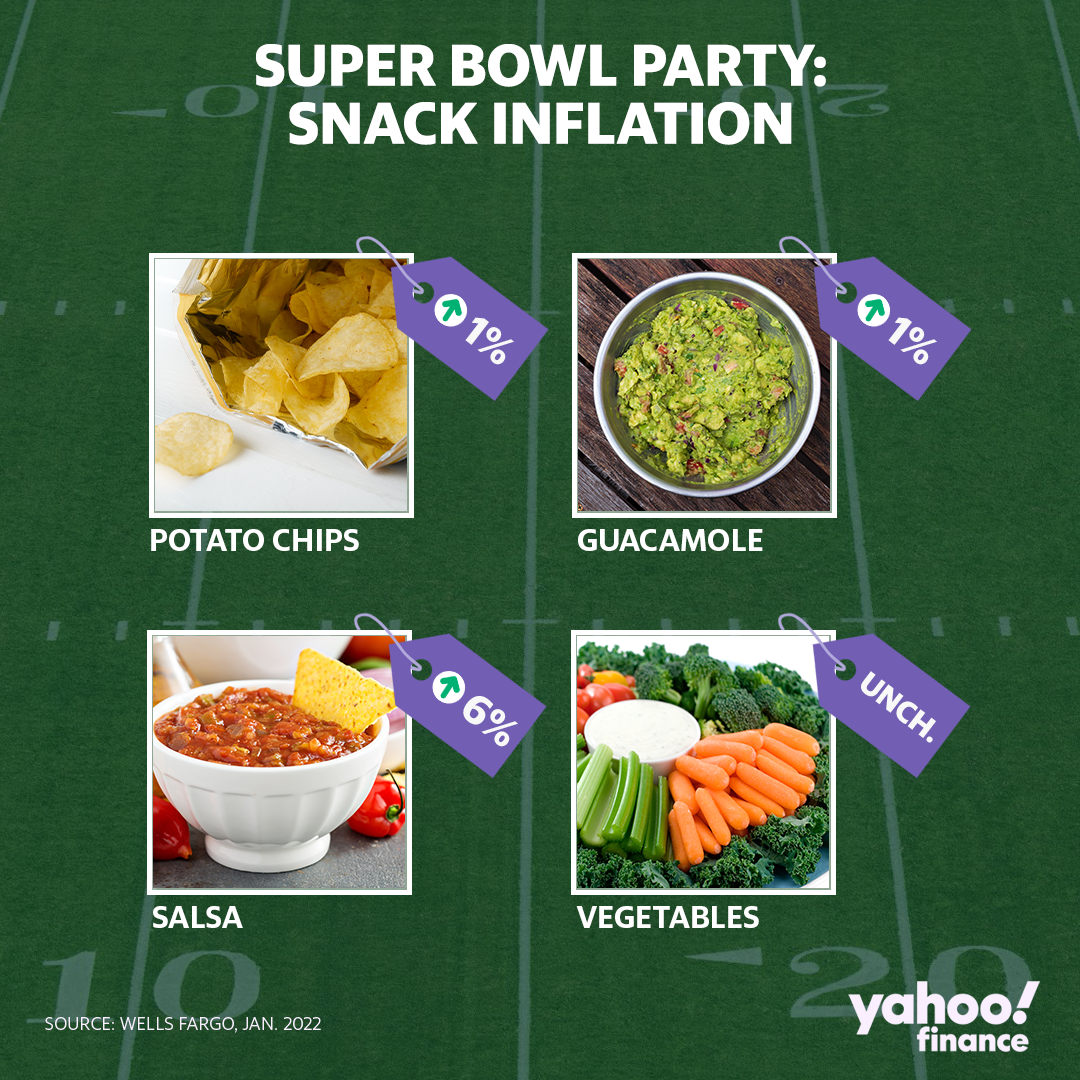 As for beverages, prices for two liters have risen faster than for cans. Although two liters can still offer a better value, so it's a tough call. An intensely competitive environment makes beer the cheaper option.

Alternatively, while restaurants haven't been immune to price hikes either, some places like Chipotle (CMG) and Buffalo Wild Wings are offering limited-time deals.

Grace is an assistant editor for Yahoo Finance.

Read the latest financial and business news from Yahoo Finance