This stunning new-build mansion nestled in the Surrey Hills looks like the perfect place to spend lockdown – and it’s yours for only £30 million.

The exclusive property is owned by English businessman Gerard Ayrton-Grime and lies just outside the village of Chiddingfold in the heart of the Stockbroker Belt. 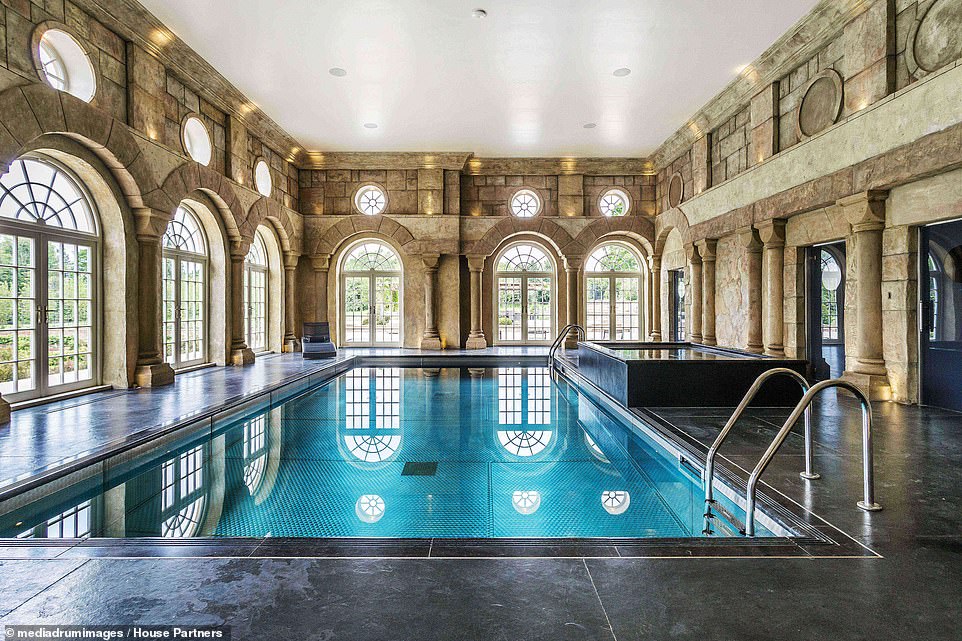 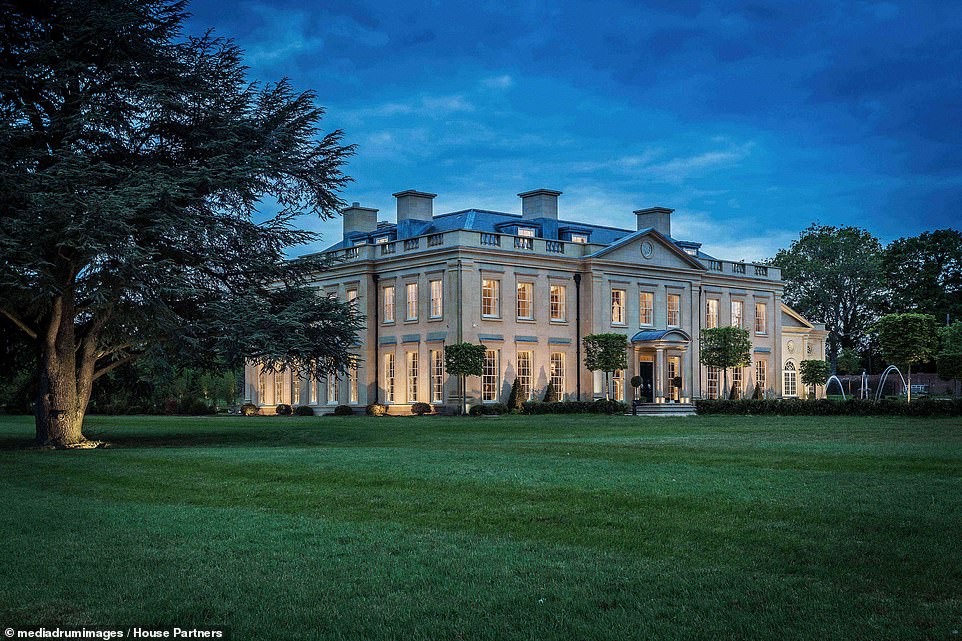 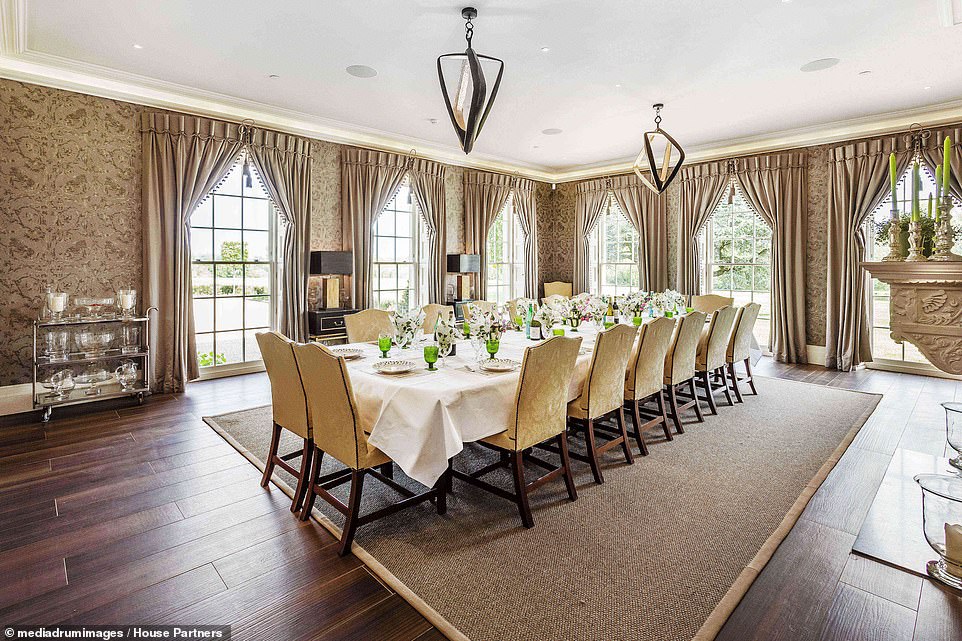 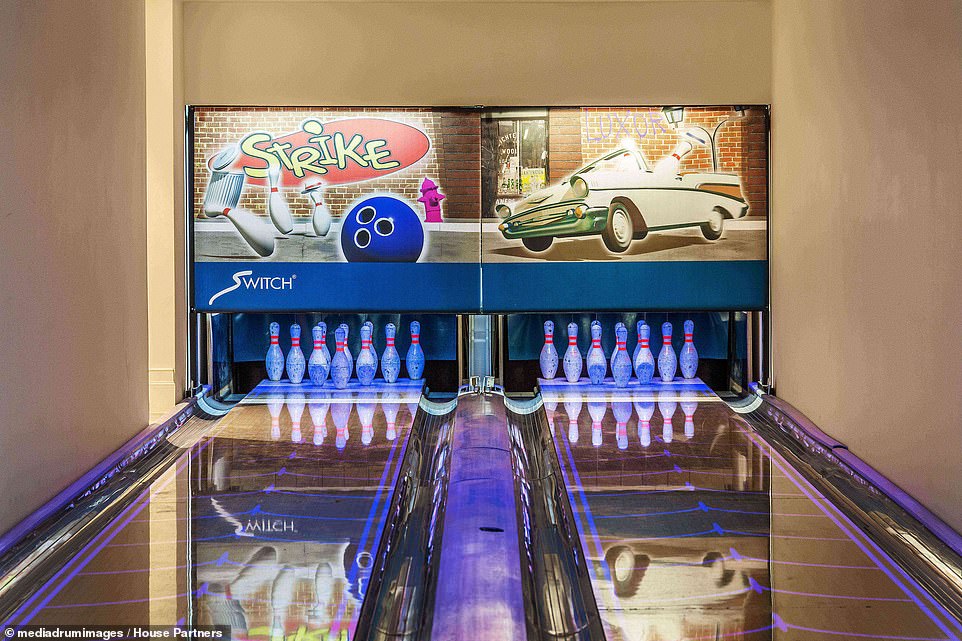 Other rooms in the Surrey mansion include a two-lane bowling alley as well as a steam room, tennis court, gym and spa room 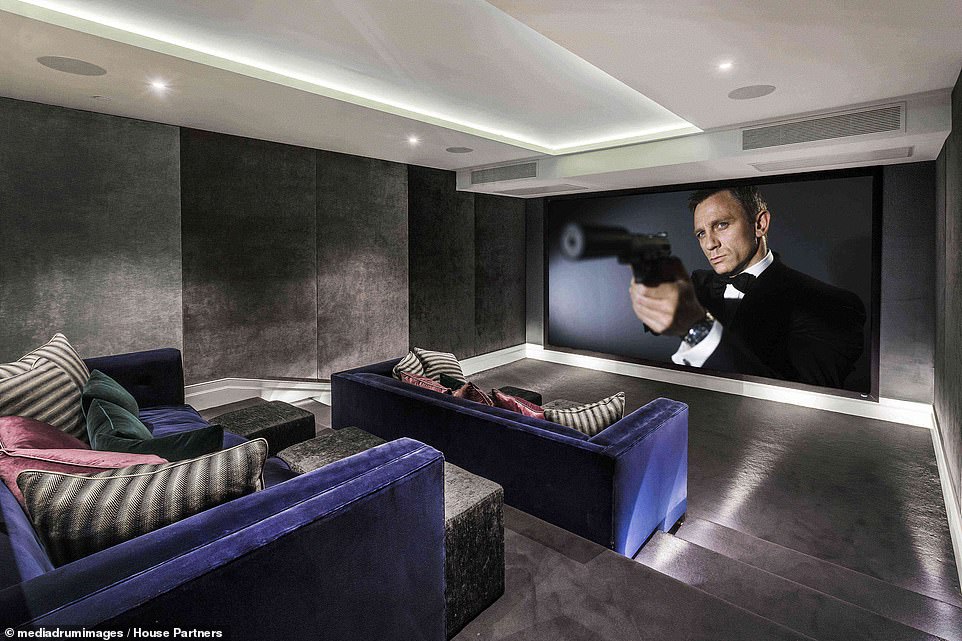 The leisure facilities include a home cinema as well as a double height party room, a games room and two swimming pools

Despite its size, washing your hands frequently won’t be a problem either as you’re never too far away from one of the mansion’s 20 bathrooms and en-suites.

As soon as you step foot inside this imposing build, which is now on the market for £30million, you get a feel for the size.

The developer, Mr Ayrton-Grime, has previously built two other mansions in Sussex which angered local residents at the time. 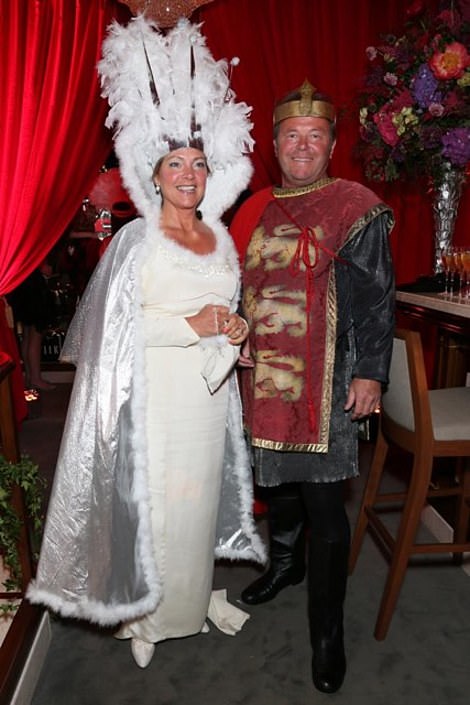 Mr Ayrton-Grime appeared with his wife Caroline, 56, at Tatler’s Kings and Queens Party in 2016

In 2010, he completed a 17,000 sq ft seven-bedroom home and six years later built a much larger mansion just down the road.

The new-build Surrey mansion is the English businessman’s latest development after completing the project in 2018.

The property developer who has four kids with his wife Caroline has previously said he loves traditional Georgian estates.

This can be seen throughout the home as you walk in and see a grand staircase rising from ornate marble flooring greets, with doors from the entrance reception hall to the dining room, drawing room, study, library, feature wine cellar, and a bespoke open-plan family kitchen all adjoining.

Near to the village of Chiddingfold, about 40 miles from London, the massive mansion’s gorgeous grounds feature two self-contained cottages suitable for staff, garaging, parkland, a lake, and planning for stables – just in case you travelled by horse as the four garage spots were already full.

‘Sydenhurst is a magnificent modern Palladian style mansion in the heart of Surrey’s finest countryside,’ the listing states.

‘Sydenhurst is a recently built, masterpiece mansion arranged over three levels, comprising over 26,985 square feet in total, meticulously crafted and engineered to combine the very best of British craftsmanship. 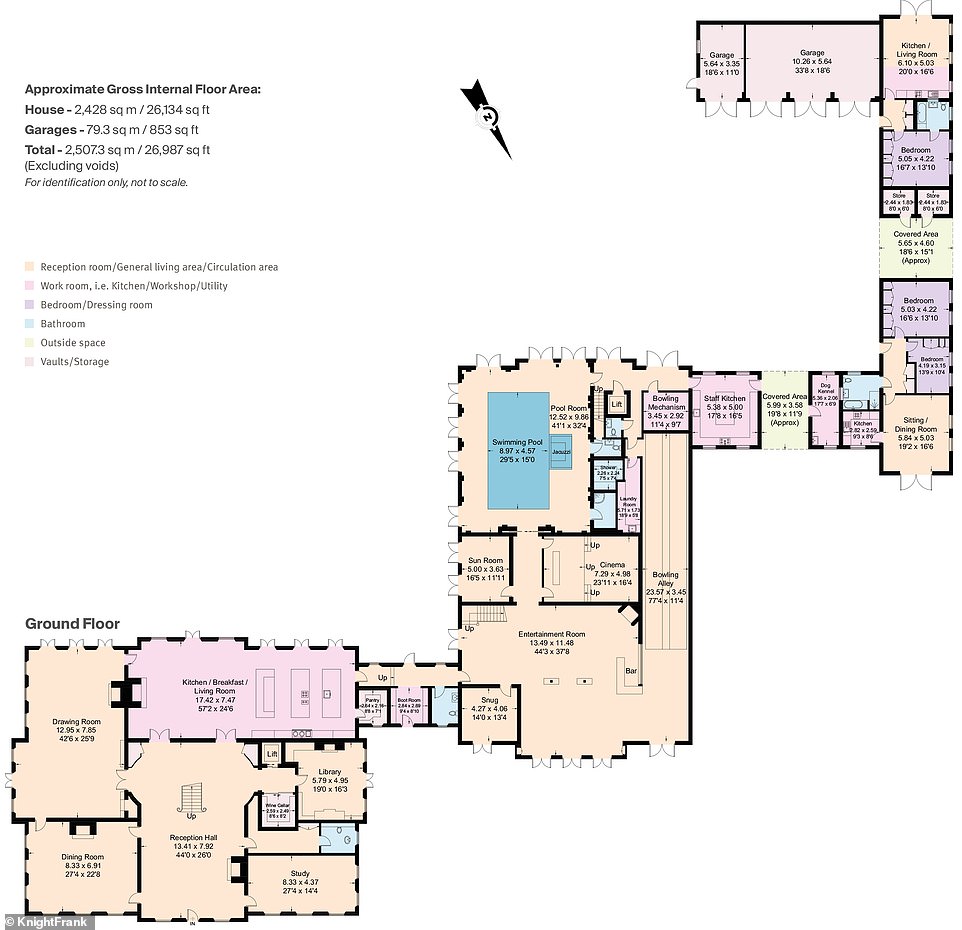 The ground floor plan of the Surrey mansion showing the open-plan kitchen as well as a library, bowling alley and cinema 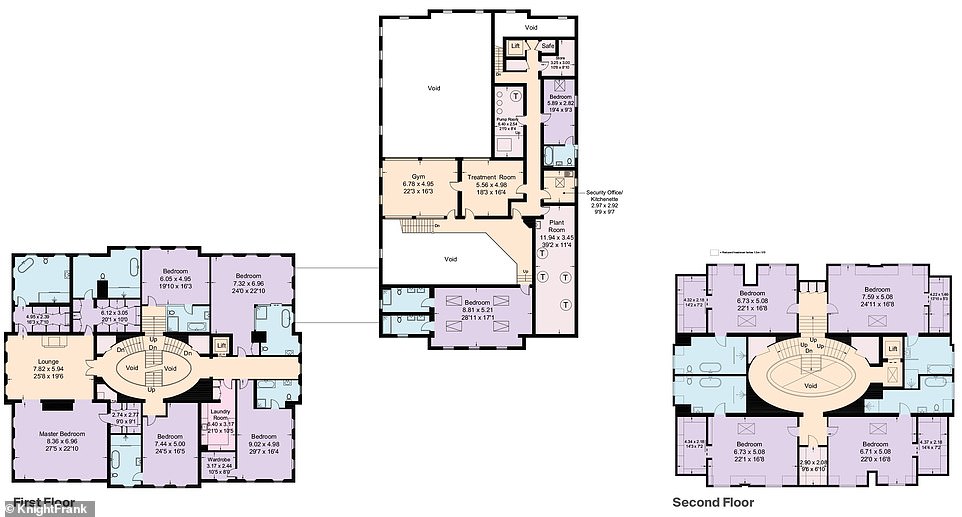 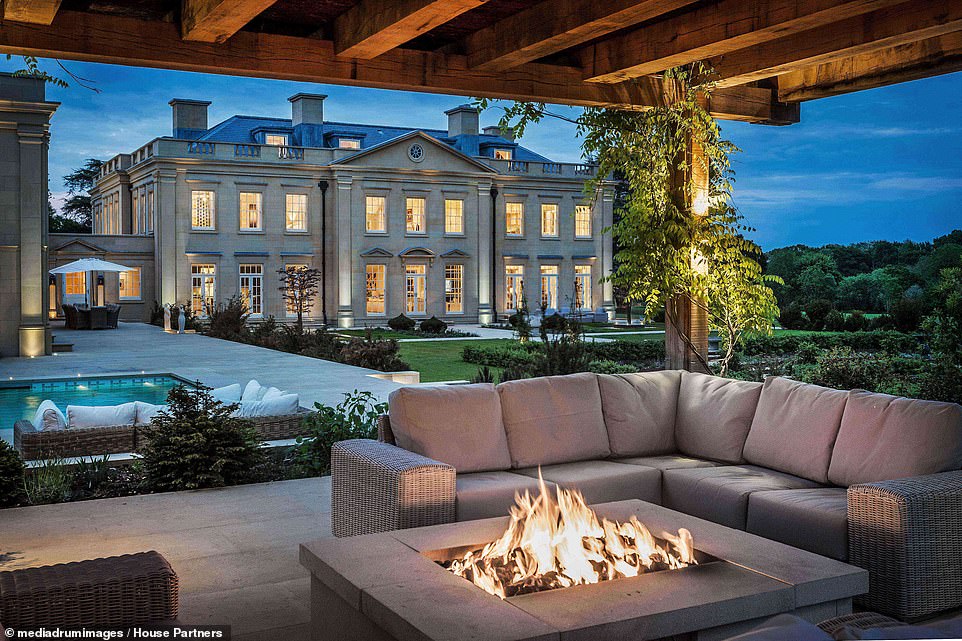 A stunning £30million mansion has gone on the market in Chiddingfold, Surrey, the picture above shows the garden view 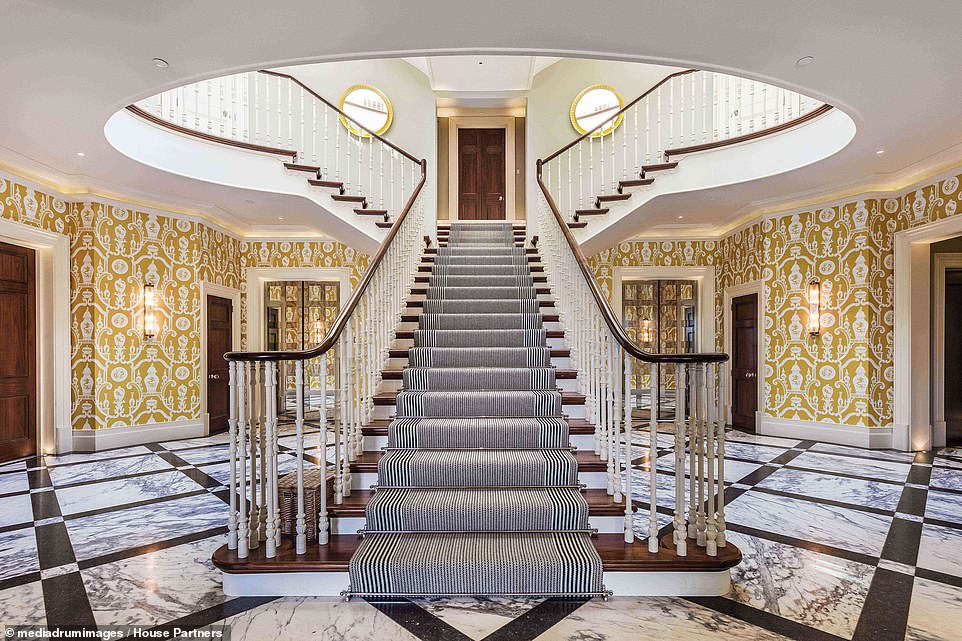 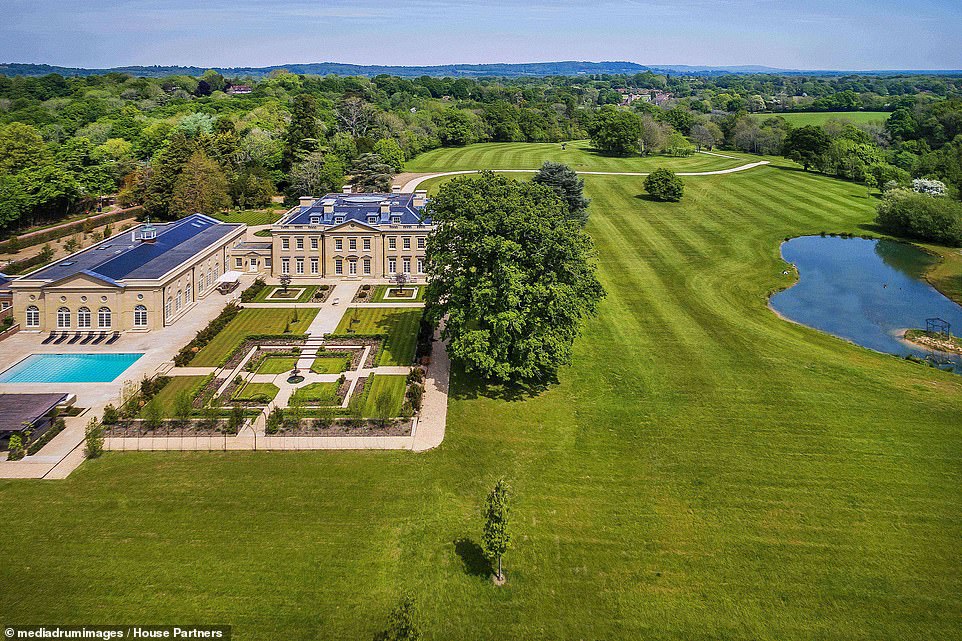 A birds-eye view of the mansion which spans nearly 27,000 sq. ft and has 20 bathrooms and en-suites for nine bedrooms

Tags: 'It's, boasting, mansion, Stunning
You may also like
Recent Posts