THIS is the shocking moment a chainsaw-wielding business owner took a swing at George Floyd protestors in southern Texas.

On Friday, disturbing footage emerged on Twitter showing an irate man holding the weapon, wielding it at demonstrators in Downtown McAllen and using racist slurs. 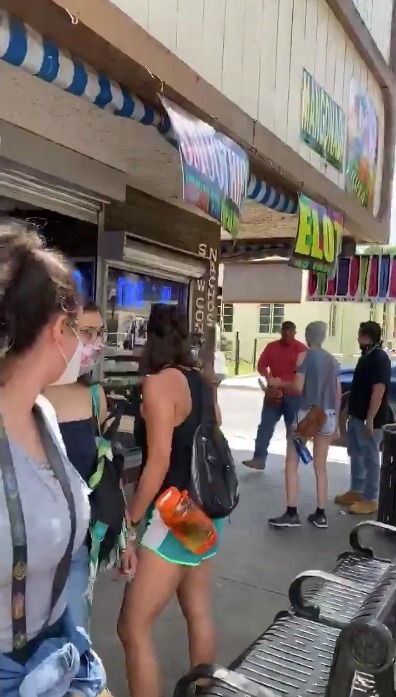 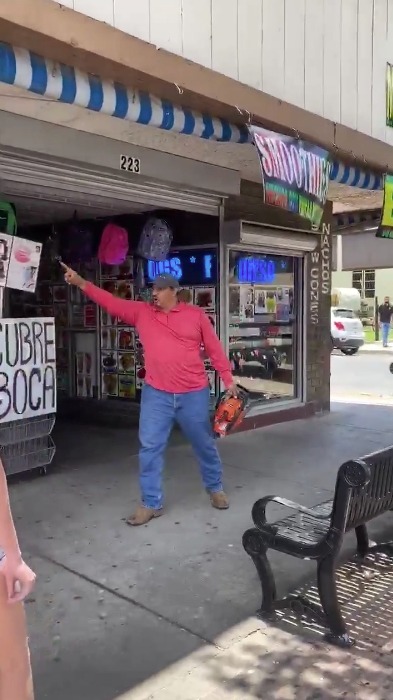 A man wearing a baseball cap can be seen walking towards a group of people and screaming "Move! Go home!" as they rush away from him outside a shop.

"Don't let those f***ing n*****s fool you!" he can be heard shouting in the 30-second clip, after retrieving the chain saw from his nearby truck.

"Don't let that f***ing trash –that AntiFa bulls***!" he added, referencing the anti-fascist movement which came to prominence after the white supremacist "Unite the Right" rally in Charlottesville in 2017.

"Don't let those a**holes lie to you!" the man continues as the crowd moves away from the sidewalk outside the store. "This is the Valley!"

Although the audio is unclear because the witnesses are wearing masks, one person appears to tell him "we are walking" as he shoos them away from the storefront, still holding the chainsaw. 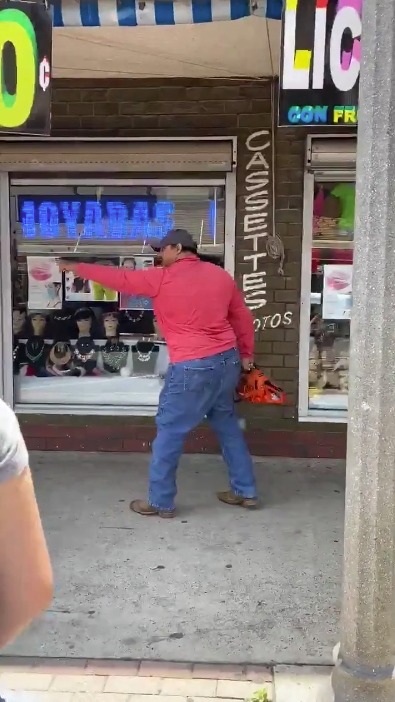 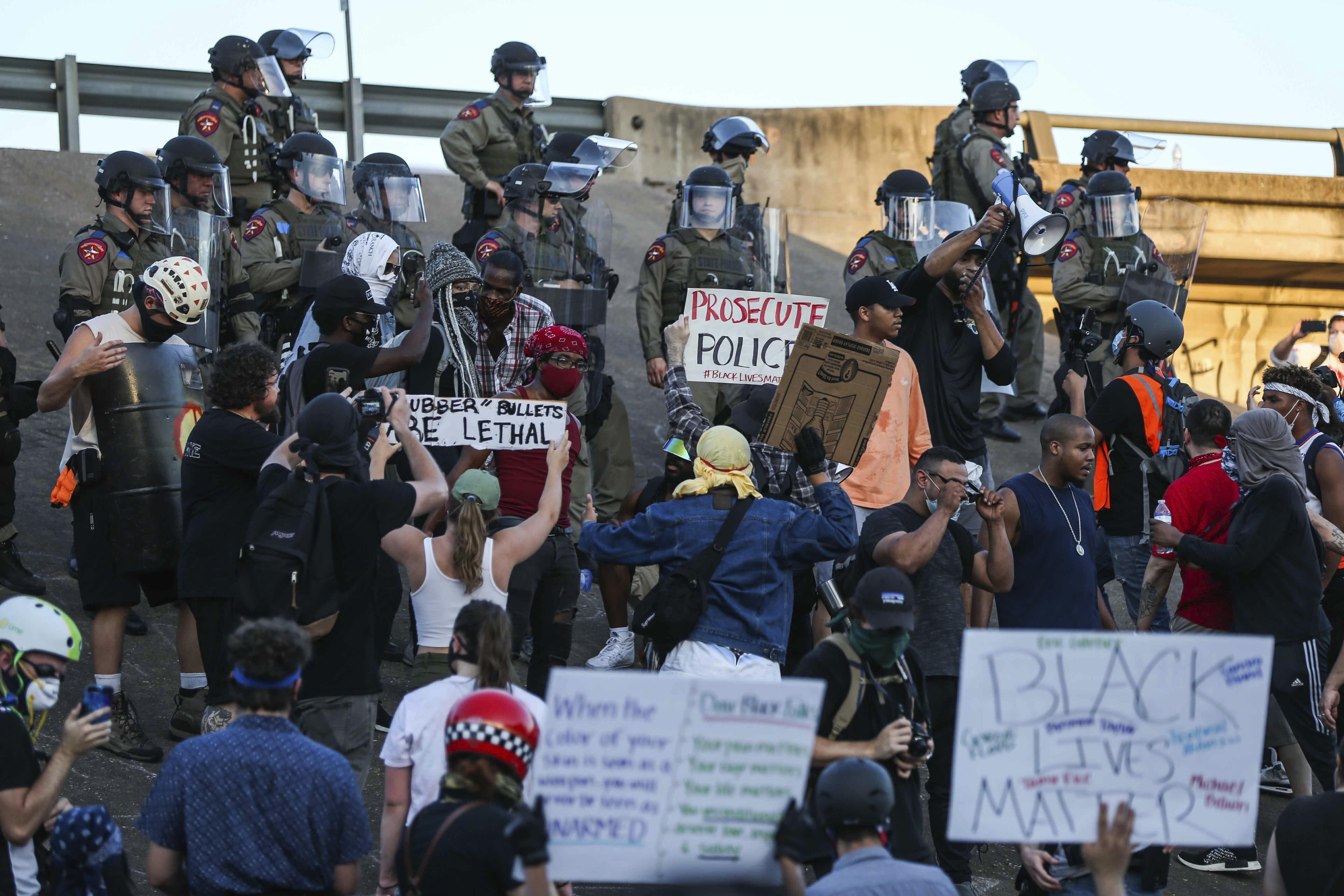 McAllen Police Department told The Sun that they were aware of and investigating the incident.

They declined to provide the suspect's name, or the company he works for.

A Change.org petition has since emerged calling on the McAllen Mayor Jim Darling and police "to pursue the man who openly threatened protestors with a chainsaw while saying racial slurs towards the crowd."

"There is a video providing the workers employment truck which could have been used to call the employers (which I’ve done and talked to the guy himself) where McAllen PD could have apprehended the individual but has failed to do so. Please sign this petition to bring this criminal to justice," the description read.

Within three hours, the petition had amassed 7,394 signatures out of its 7,500 goal as of 7pm on Friday.

President Trump labeled the Antifa movement as a "terrorist organization" after protests erupted all over the country in the wake of Floyd's death at the hand of Minneapolis police officers.

The majority of these demonstrations are peaceful but others resulted in violent clashes between police and protesters, curfews, and widespread looting. 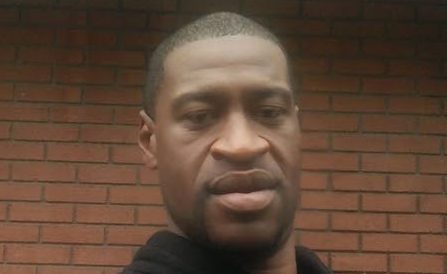