A DINER at Salt Bae's London restaurant was slapped with a mammoth £5,000 service charge after racking up a bill totalling more than the UK's average salary.

After splashing out £37,023.10 at the Nusr-et venue in Knightsbridge, the bill-payer shared a snap of the eye-watering receipt and accused Turkish-born internet icon Nusret Gökçe of "taking the p**s". 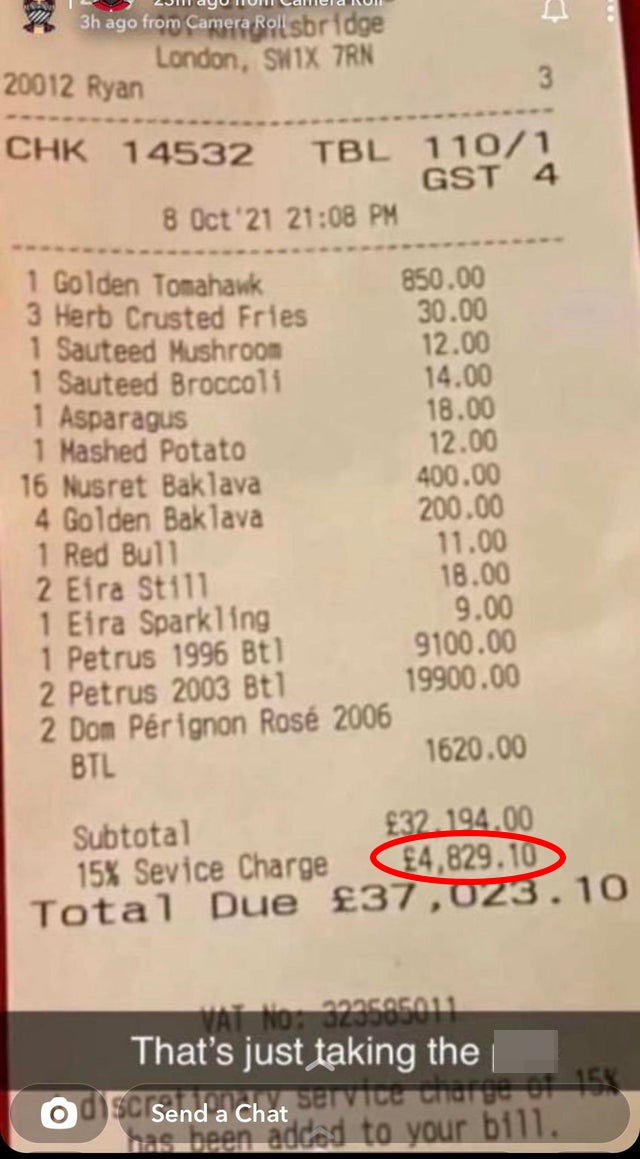 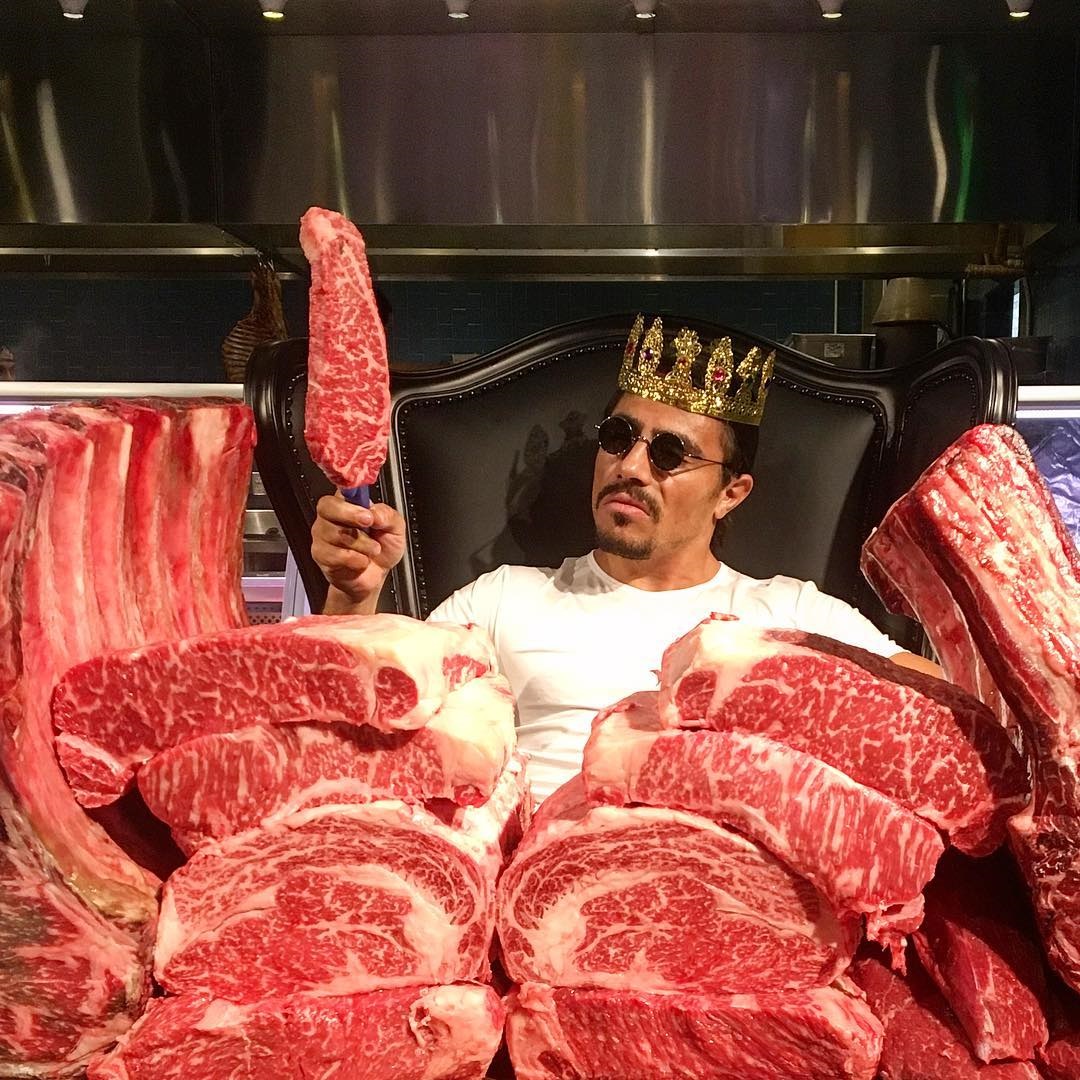 After eating at the restaurant last Friday, the receipt was screenshotted from Snapchat and shared to Reddit with the caption: "That's just taking the p**s."

It's not clear how many diners were in the group.

Relentless Steak and Lobster House in Portsmouth, Hants, is offering guests a "once in a life time experience" to eat "the most on-trend steak on Instagram" which weighs 1.2kg.

Owner Scott Matthews thinks Salt Bae is "taking the mick" and must be making a huge profit on his gilded steaks – especially as they "probably taste the same".

And Brits hoping to visit for dinner might be better advised to book a flight to the eatery in Turkey instead – as the trip would be cheaper.

Meanwhile, it's been revealed zero people turned up to hand in their resume at the restaurant yesterday after the flash chef put out an open call to waiters and waitresses to apply for jobs.

Despite expecting queues around the corner, The Sun revealed not a single person turned up to give in their CV. 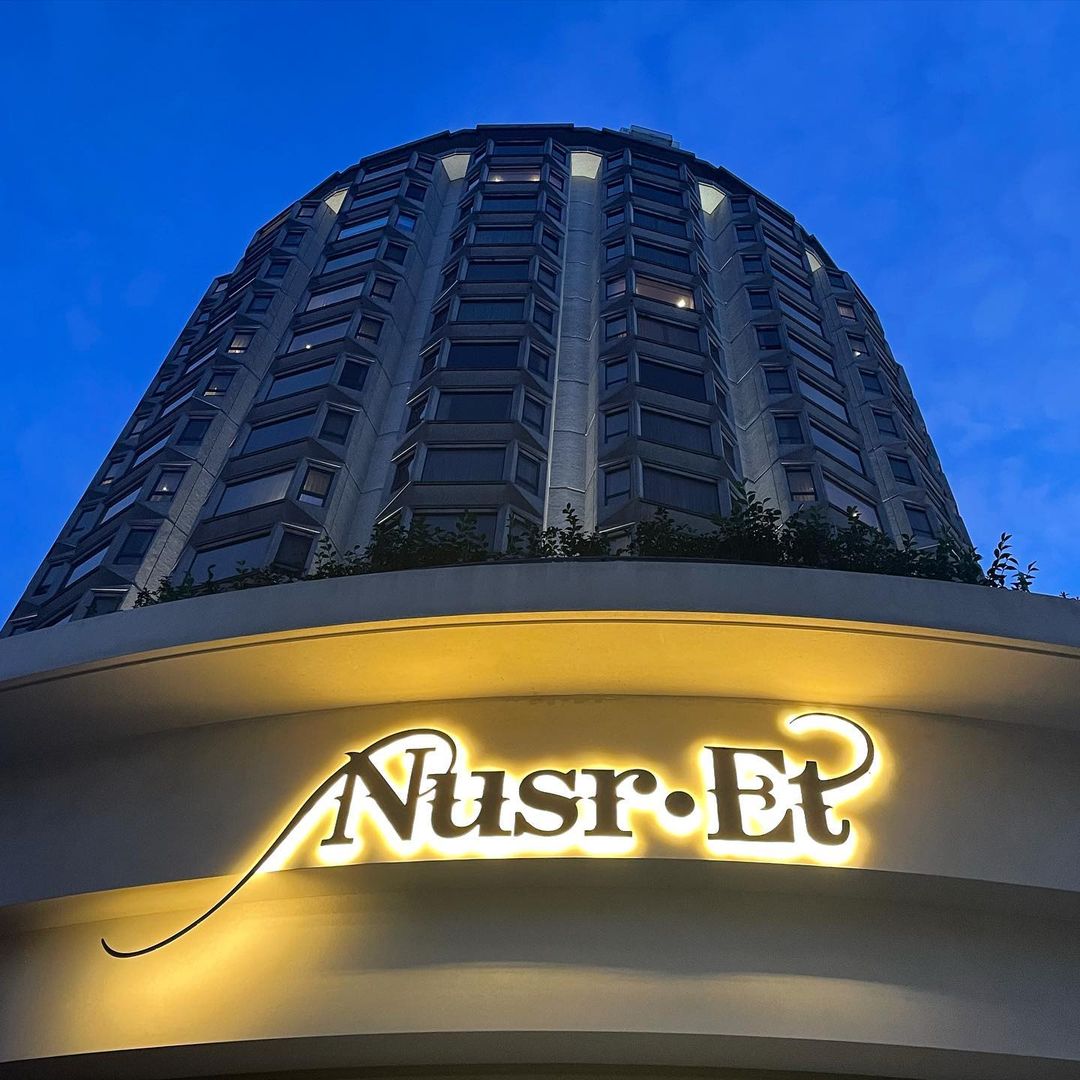