The mystery ICBM took off from the Plesetsk cosmodrome in the vast country's northwest, the TASS news agency reported this morning. 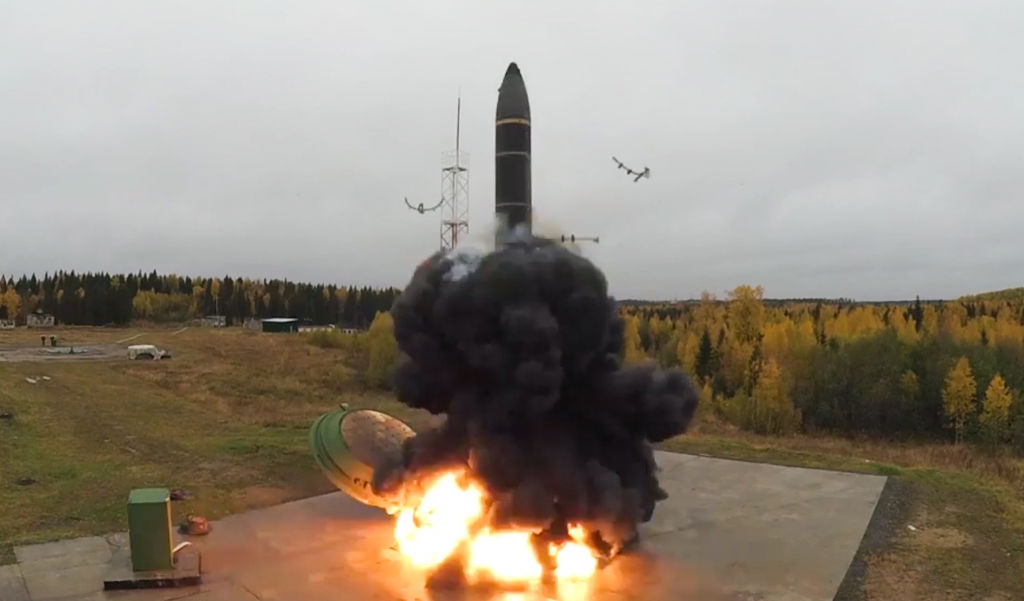 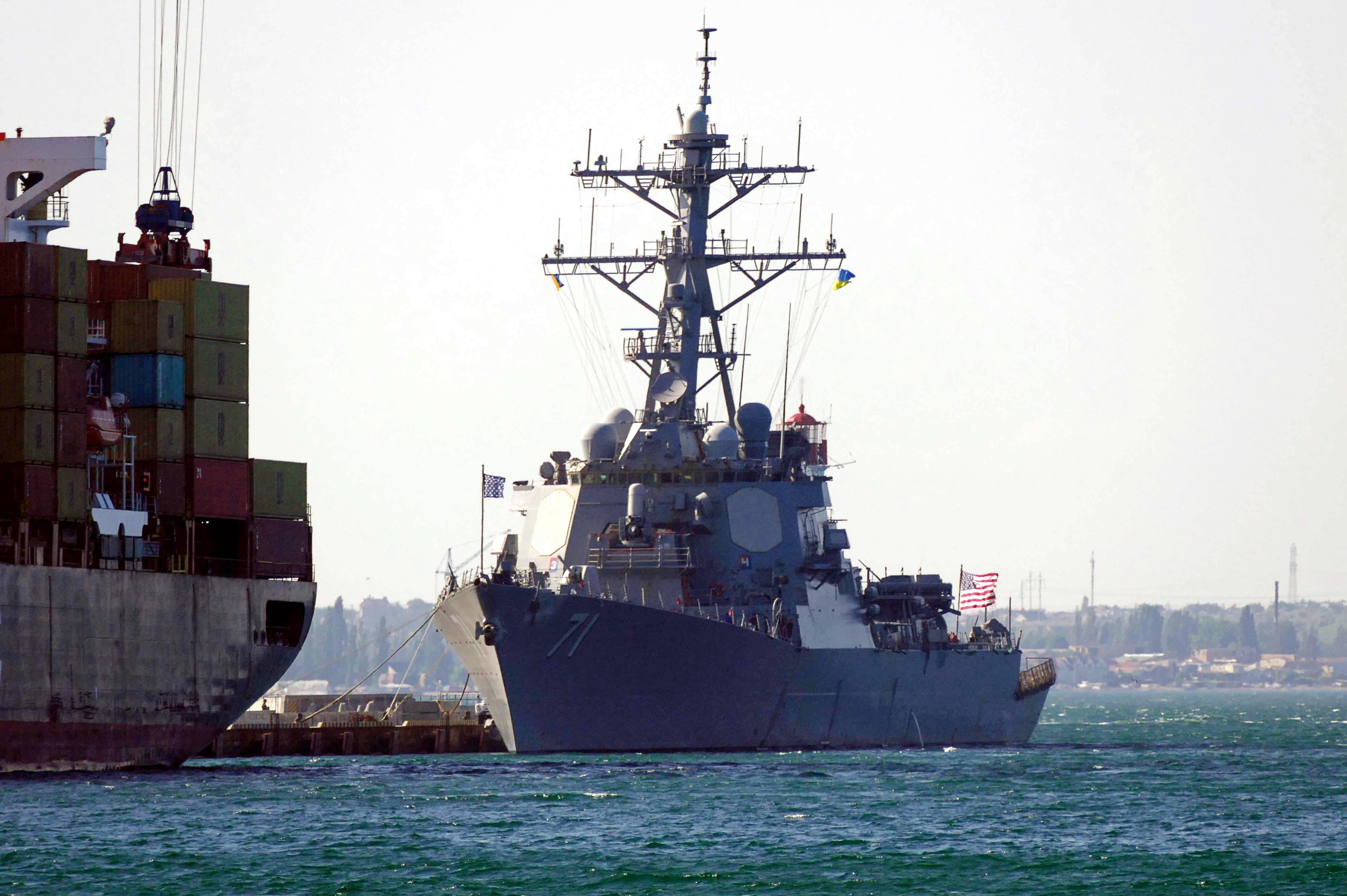 It cited an unnamed source from within the Kremlin who claimed the top secret operation took place sometime mid-June.

Reports from Moscow say the missile – named Kedr – was developed by the Moscow Institute of Thermal Technology (MITT) and will come in both mobile and silo-based variants.

Mobile systems enjoy several advantages as they are harder to locate, track, target, and destroy, making them potentially more survivable.

The Kedr system is tipped to replace the Yars nuke and is said to be the latest milestone in the Kremlin’s hopes for a modernised missile arsenal.

And as it was reported Russian fighter jets and bombers armed with Dagger hypersonic missiles had conducted training flights in the eastern Mediterranean. 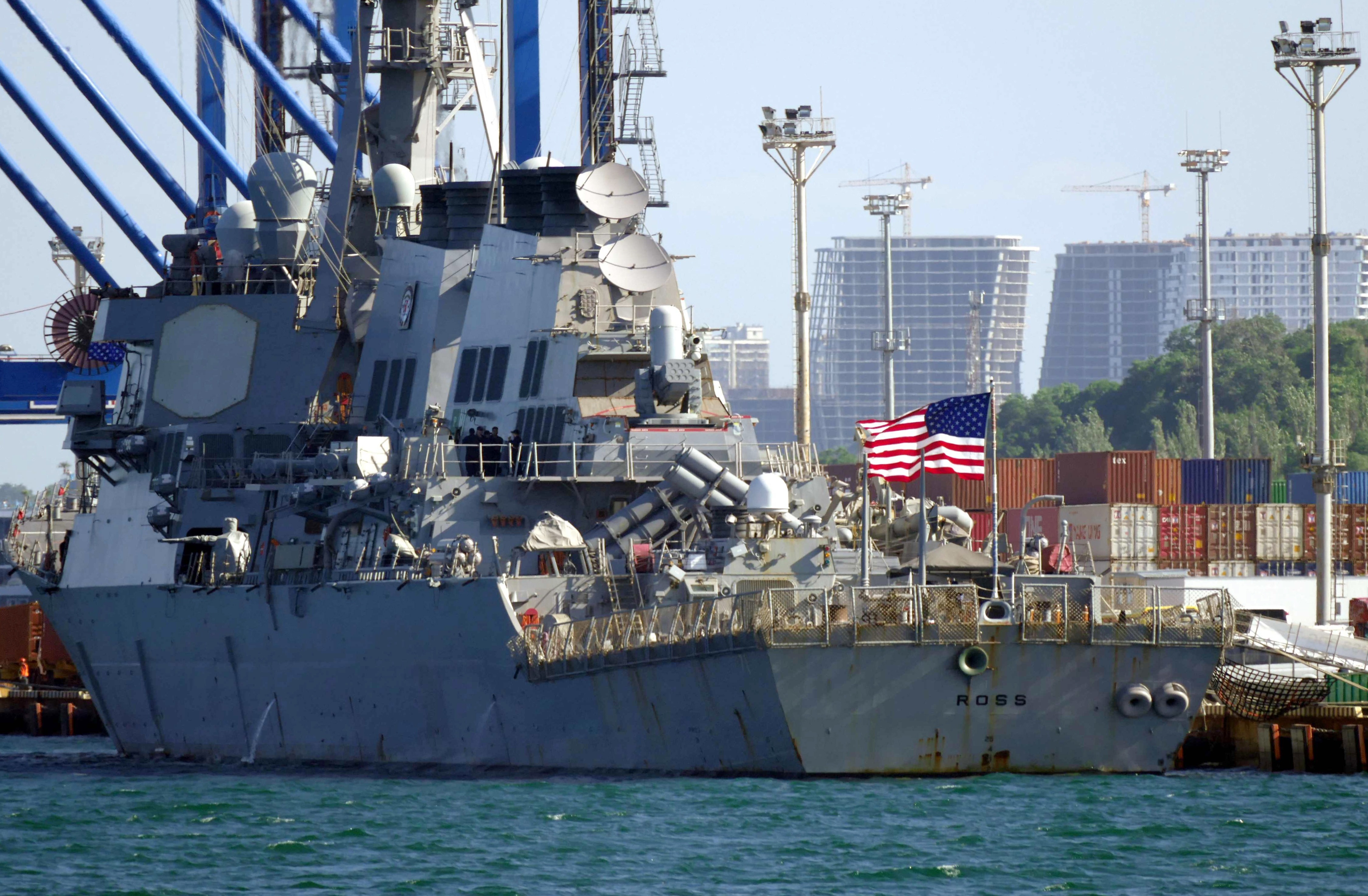 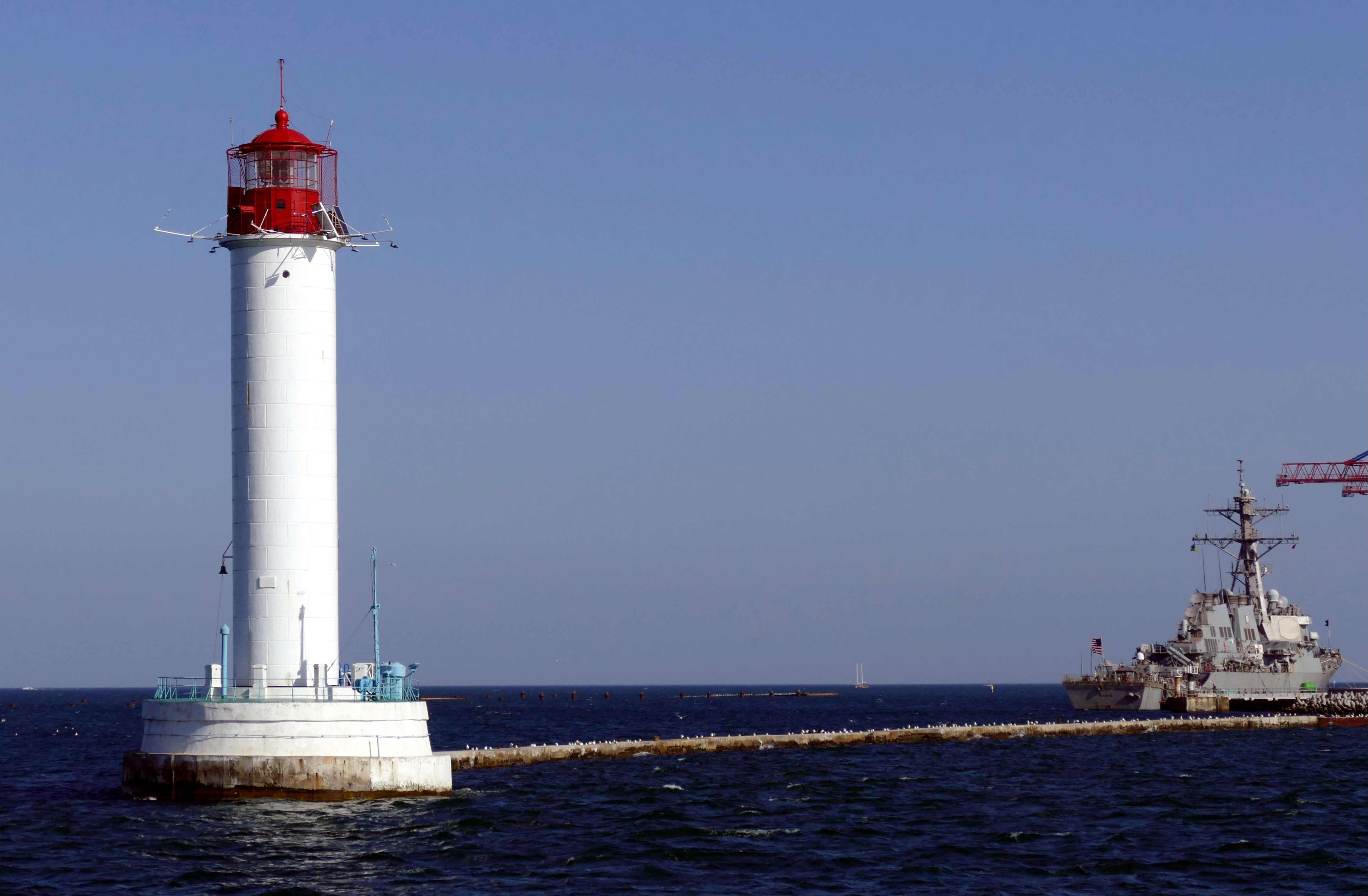 The US will today start exercises alongside more than 30 countries in the Black Sea and southern Ukraine as part of Sea Breeze 2021.

Ukraine says it is taking part in the drills to "gain experience" in joint actions during multinational peacekeeping and security operations.

They will last for two weeks and involve around 5,000 military personnel from NATO and other allies, and around 30 ships and 40 aircraft.

The war games are going ahead despite repeated calls from Russia to cancel them.

Kremlin officials have warned they would "react" if necessary to protect their national security.

Putin's military last week claimed it had fired warning shots and dropped bombs in the path of a UK warship to chase it out of Black Sea waters off the coast of Crimea.

HMS Defender was accused of making a "deliberate provocation" by the Kremlin as it entered waters deemed to be Russian territory.

The 8,500-tonne ship had been placed on red alert when, according to Putin's defence ministry, as it crossed Russia's maritime border near Cape Fiolent.

The BBC reported that more than 20 aircraft were over the Royal Navy ship with two Russian coastguard boats just 100m away at times. 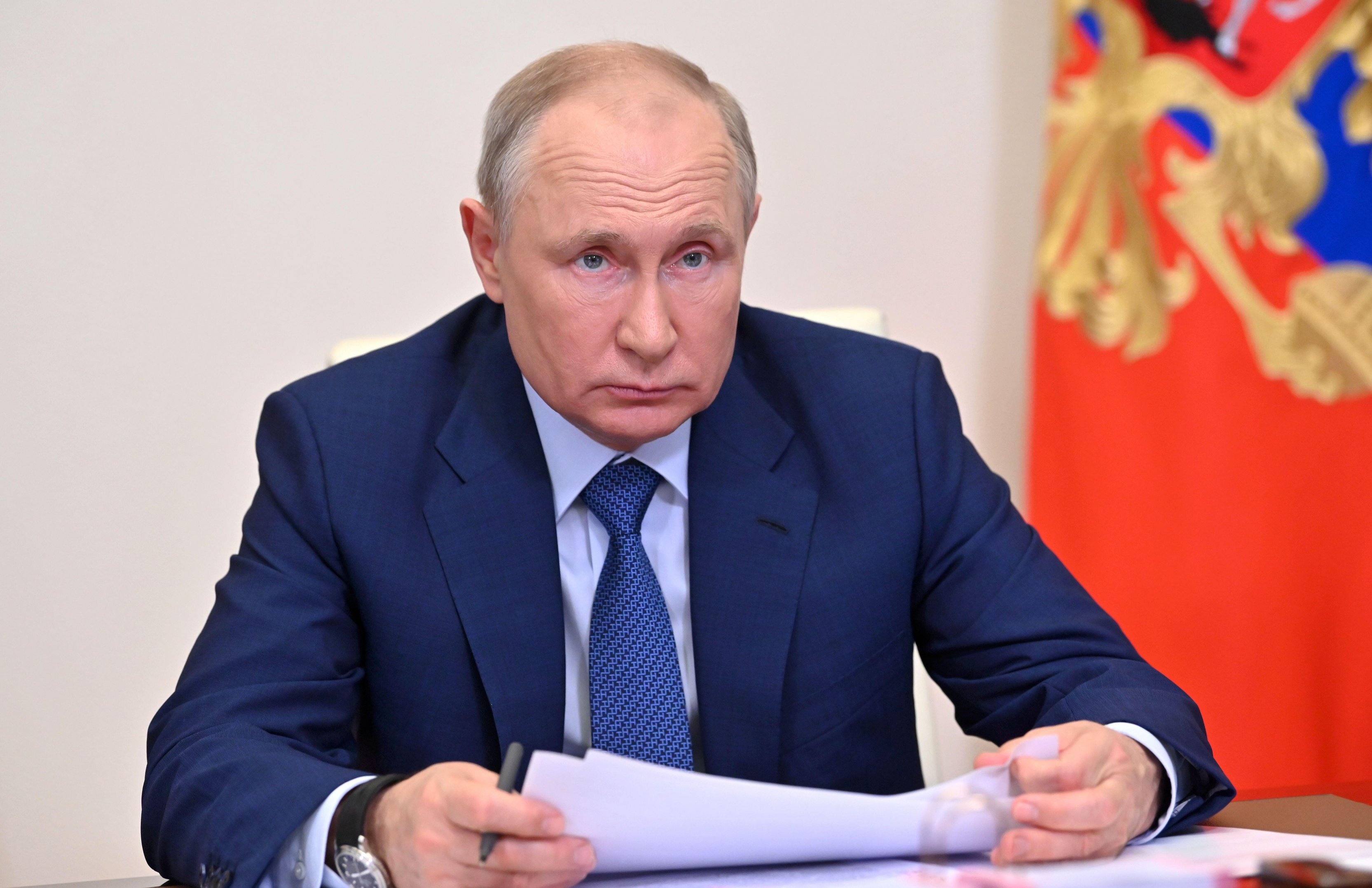 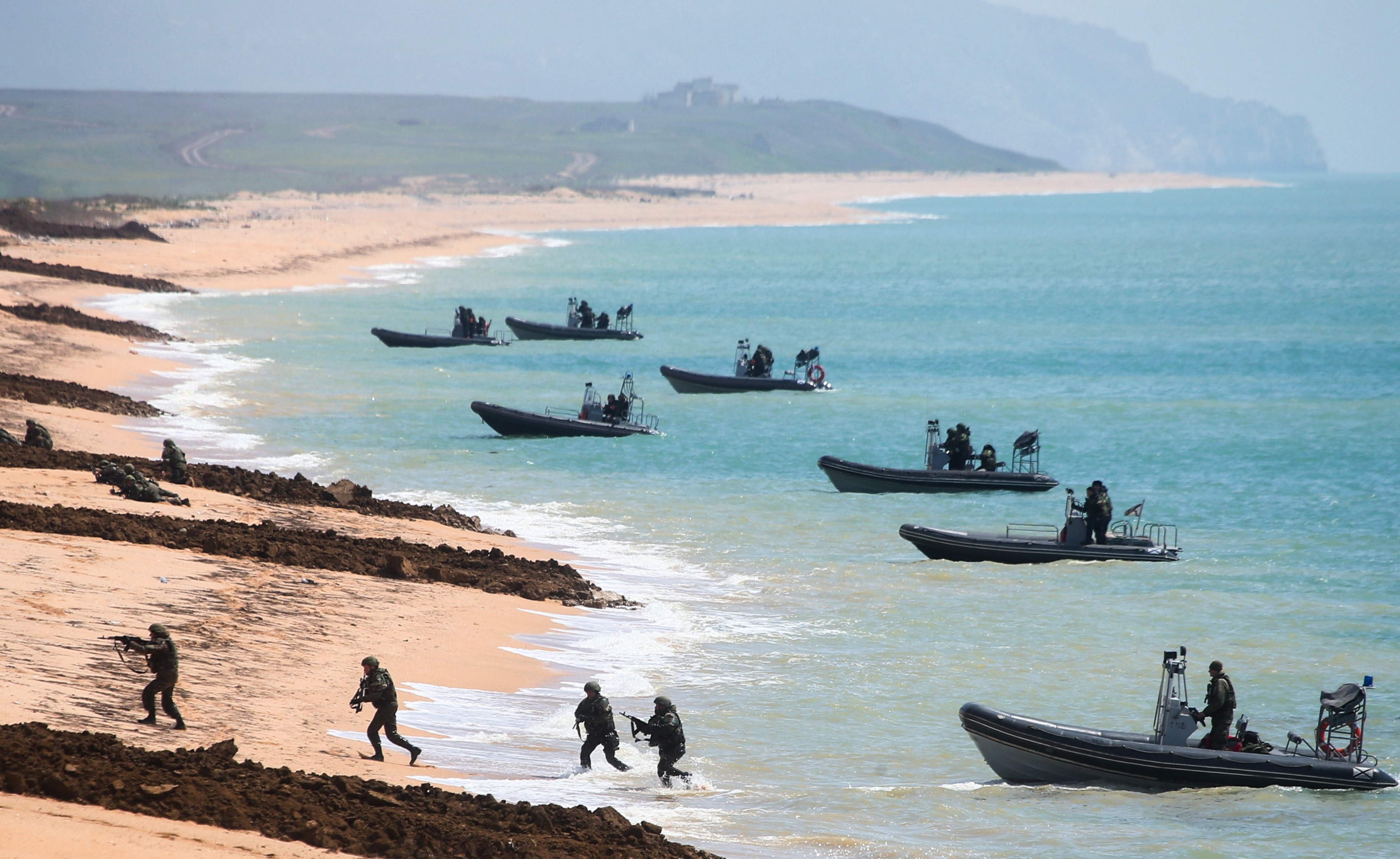 A Russian coastguard boat barked “change your course or I’ll fire” during the Black Sea face-off.

A Ministry of Defence spokesperson later denied that the bombs were dropped in the path of the British ship and that the shots were directed at it.

The incident was the latest clash between the West and Russia in the Black Sea, which has been the staging ground for numerous confrontations between warships and warplanes.

It also came as Ukraine is reportedly seeking to enter NATO in what would be a major blow to Russian president Vladimir Putin.

It is hoping membership will mean it can call on the full backing of the US and UK to see off Putin's bully-boy tactics.

Ukraine and Russia have been at odds ever since Moscow illegally annexed Crimea from Kiev in a move that received international condemnation.

It has since allegedly been supporting rebel groups fighting in eastern Ukraine and has been accused of plotting further land grabs.

What is happening between Russia and Ukraine? 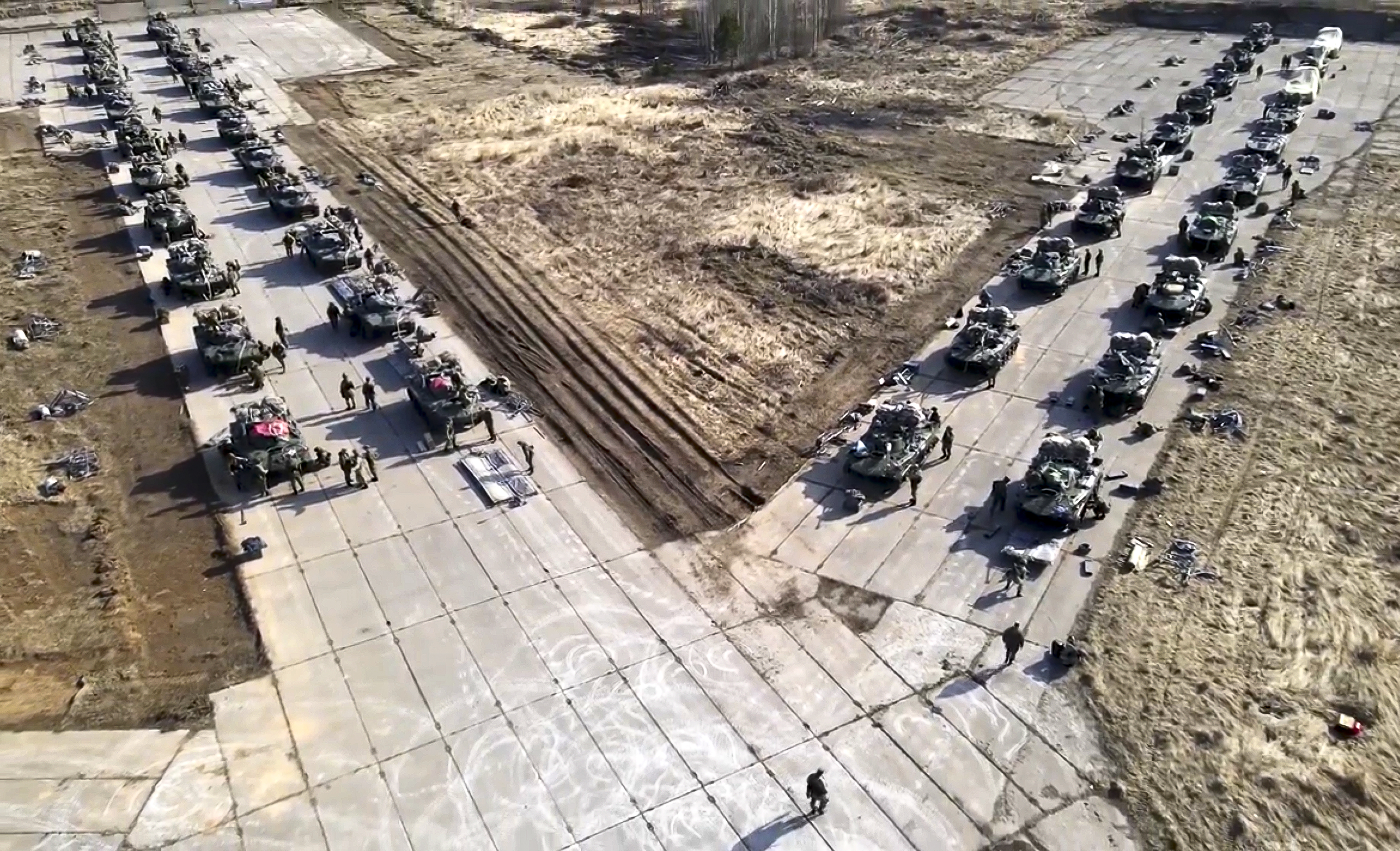 RUSSIA and the Ukraine have remained technically at war since 2014.

The conflict was triggered by the Ukrainian Revolution – when an uprising overthrew the pro-Russian government of Viktor Yanukovych.

Vladimir Putin's forces annexed the region of Crimea from Ukraine in a move which was widely condemned by the West.

The conflict then spiralled when pro-Russian groups in Eastern Ukraine then took up arms against the state.

Russia gave their backing the separatist forces which formed breakaway republics in Donetsk and Luhansk.

Putin's forces then launched a military incursion into these regions as they gave their support to the rebels.

Almost seven years have now passed and the War in Donbas remains at a stalemate.

Russia is sent as wanting to prevent Ukraine from cosying up to the West – and it has been accused of attempting to recapture territory lost at the fall of the Soviet Union.

Ukraine is now making overtures to join NATO, a move which would secure its own secure and also inflame tensions.

Some 100,000 troops were deployed by Russia to the border with Ukraine earlier this year amid fears the conflict could escalate into all out war between the two.

Tensions have since deescalated – but region remains a tinderbox where one wrong move could potentially spark a raging conflict that may draw in the West.

Tension rose again this year when Russia massed troops on the border with Ukraine, where some of them remain along with their equipment.

Ukrainian president Volodymyr Zelensky estimates that more than 90,000 Russian troops remain along their borders and said tensions could still escalate.

Kiev has been battling pro-Russia separatists in the eastern Donetsk and Lugansk regions since 2014, following Moscow's annexation of the Crimea.

The conflict has claimed more than 13,000 lives.

The flights were accompanied by Su-35 fighters and Su-34 fighter-bombers.

During the training, the MiG-31K crews conducted electronic missile launches at a simulated enemy.

Earlier this month, Moscow released footage of its latest war-games in a strong signal to the West ahead of talks between Putin and Joe Biden in Geneva.

The video came a day before the two leader meet for a private conversation regarding cyber attacks and their countries' icy relationship.

The clip showed the 'Dagger' rocket and air defence missile system being unleashed from a nuclear-powered missile cruiser in the Barents Sea.

The Arctic drills were separate to the largest Russian naval exercises in the Pacific since the end of the Cold War held around the same time.