The Royal Institute for British Architects have reported a ‘serious incident’ to the Charity Commission about their president Alan Jones.

The institute filed a ‘serious incident report’ to the charity after Jones emailed members of RIBA Council on Thursday to say ‘a matter had arisen’ in his personal life that meant he could not carry on with his duties as president.

Details of the ‘incident’ involving the Northern Irish architect have not been disclosed, but RIBA members have called for greater transparency with the organisation facing claims of a ‘cover-up’, while others said they were concerned over when the crisis has come to light 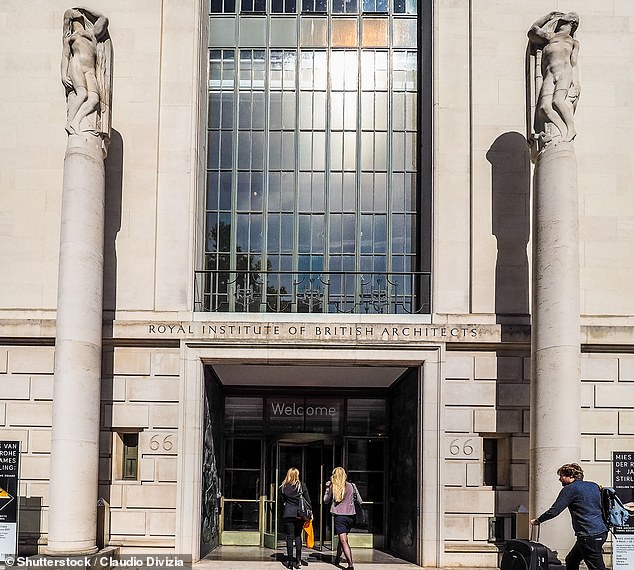 Robert Wakeham, a former member of RIBA, also commented online: ‘It’s difficult to reconcile something described as a ‘serious incident’ relative to the RIBA’s status as a registered charity with the need to safeguard the privacy of someone’s ‘personal life’ – even if that person is the president of the institute.

Another RIBA member also told The Daily Telegraph: ‘The timing of this is really bad given the impact coronavirus is having on architects, who are mostly self-employed. The industry does not need this right now.’

The commission’s guidance says a serious incident constitutes an adverse event – whether actual or alleged – that results in or risks significant:

In Jones’s email to council, he said: ‘I’m grateful for the strong support I have from my wife and family. I need to take some time out from my duties as president and would be grateful if everyone could respect our privacy.

‘I appreciate this comes at a time when there are extraordinary demands on everyone and I can only ask that you reinforce your support to our staff and senior officers during this period.’

Following Jones’ email, RIBA’s honorary secretary Kerr Robertson said in a statement: ‘RIBA president Alan Jones has brought a sensitive matter to our attention which we are investigating and, in line with regulations, we have informed the Charity Commission.

‘Alan Jones has temporarily stepped back from his day-to-day duties as RIBA president. It wouldn’t be appropriate for the RIBA to comment further at this stage.’

A Charity Commission spokesman also said: ‘The RIBA has acted in line with our guidance, by submitting a serious incident report to the commission in connection with the recent stepping down of the charity’s president. We are currently assessing information provided by the charity.’

Tags: back, Over, president, RIBA, steps
You may also like
Recent Posts