We’ve bin enjoying ourselves! Refuse collectors have impromptu game of hopscotch during their rounds

Two refuse collectors enjoyed some hopscotch while on their route in Darlington.

The hopscotch grid was drawn in chalk on the pavement outside houses and the workers had a go in between collecting bins.

The footage was taken by resident Lorna Hart and first shows one of the workers finishing the game. 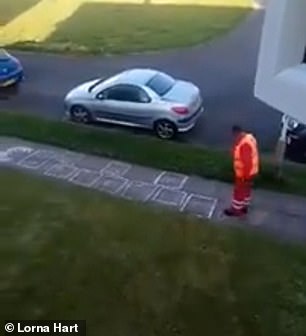 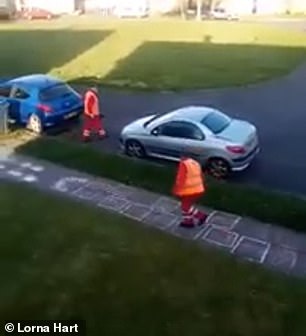 He picks up a recycling box next to the wheelie bin and takes it to the lorry which pulls up alongside them.

The second worker stands at the end on the ‘start’ sign and then begins to jump across the grid.

At the end of the grid he runs across the chalk dots, raising his arms at his side. 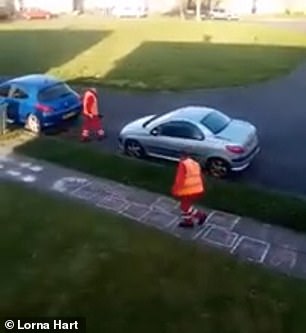 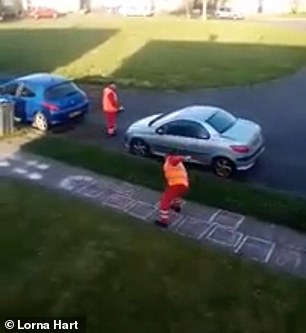 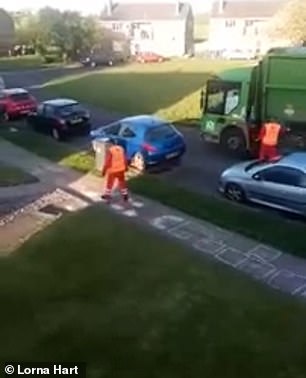 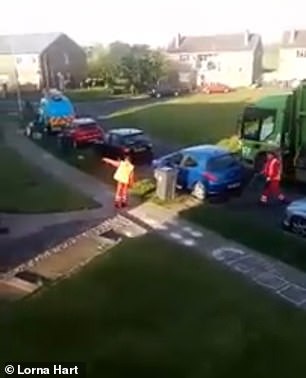 When he finishes and meets his colleague at the end, he turns around and waves.

Earlier this month a prankster hid in a wheelie bin and scared refuse collectors when they came to collect it.

Martin Fretter, 47, cut holes in the bin and his youngest son Nathan, 12, hid inside on collection day in Daventry.

Nathan watched through a slit for the perfect moment to leap up and run away from the refuse collectors.

Tags: collectors, have, impromp, Refuse
You may also like
Recent Posts