Princess Anne’s dog breeder friend, 56, was shot dead on Boris Johnson’s family estate by her estranged husband before he turned the shotgun on himself after she left him for another man, inquest hears

A Royal dog breeder shot his estranged wife dead while out on a final stroll with her before turning the gun on himself after she moved in with a new lover, an inquest heard today.

John Zurick, 67, shot Deborah Zurick, 56, twice in the back with a shotgun before turning it on himself at their cottage on the Exmoor estate of Stanley Johnson – the Prime Minister’s father.

Ms Zurick had moved in with a new lover in Ireland and had returned to the cottage to pick up some items when she was killed on February 22 last year.

She returned to the property accompanied by her friend Elizabeth Murphy after appearing ‘nervous’ about the trip the day before. 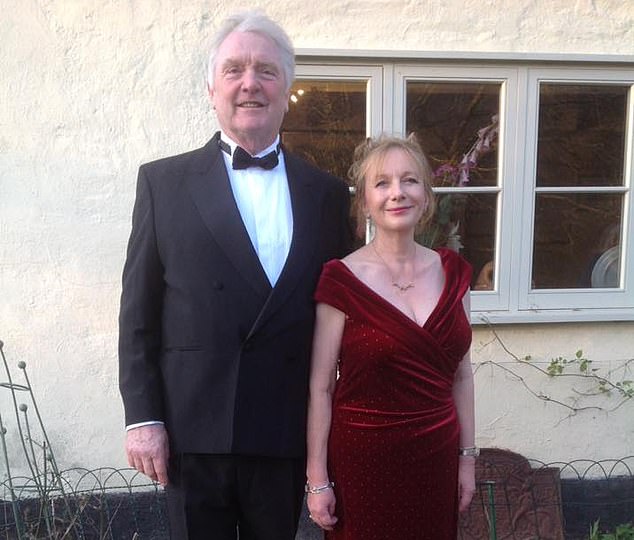 John Zurick, 67, shot Deborah Zurick, 56, twice in the back with a shotgun before turning it on himself at their cottage on the Exmoor estate last year 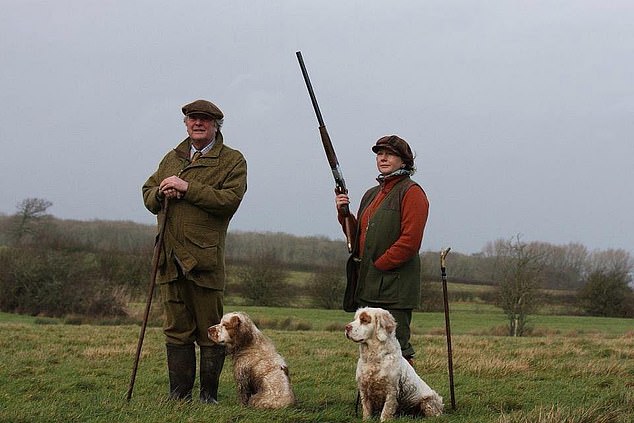 The inquest, which opened last year, previously heard that Southampton-born Zurick was estranged from his wife. Pictured: Debbie and John Zurick with their dogs 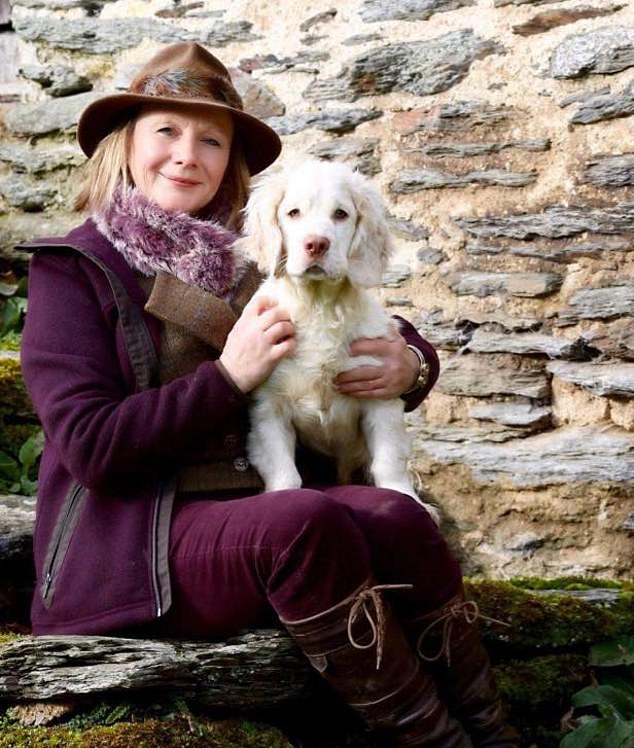 Paramedics were called to the cottage, on the Prime Minister’s family estate but were unable to save Mrs Zurick (pictured)

In statements read by the coroner, Ms Murphy said after arriving at Nethercote Cottage in Winsford, Mr Zurick, a leading gundog trainer and acquaintance of the Princess Royal, made the pair a cup of tea and was visibly upset.

Mr Zurick then had a private conversation with his wife behind a closed door, before Ms Zurick came out and told Ms Murphy the encounter was ‘intense,’ and that they should leave and return the next day.

Ms Zurick then said she needed to walk the dogs and her husband said he would go with her, the inquest heard.

Her friend remained in the cottage and made herself a coffee, adding that she never saw Mr Zurick with a gun at the time.

Soon after, she saw an ‘agitated’ Mr Zurick ‘flinging open’ the door with a shotgun over his arm before saying: ‘I’ve shot Debbie, and you can f*ck off.’

After rushing to check on Ms Zurick, her friend pleaded with her estranged husband, who was standing in the doorway, to call an ambulance, but was told to ‘f**k off’ again.

The inquest heard Mr Zurick then grabbed hold of Ms Murphy and pushed her into an office in a wooden outbuilding.

Ms Murphy said Mr Zurick then returned with screws and put them in to lock her shut, but after realising there was a second window – he opened the door, dragged her by the wrists and shoved her in stables used as kennels.

She said while trapped she saw Mr Zurick place tubes into the exhausts of a car, but after revving the engine for a few minutes said: ‘That didn’t work, I’m going to shoot myself.’

The inquest heard Mr Zurick came back and told Ms Murphy: ‘Please tell everyone I’m sorry. If I can’t have her no one can.’ 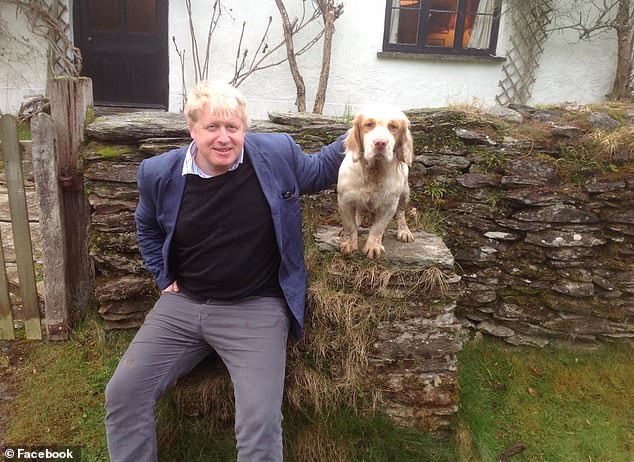 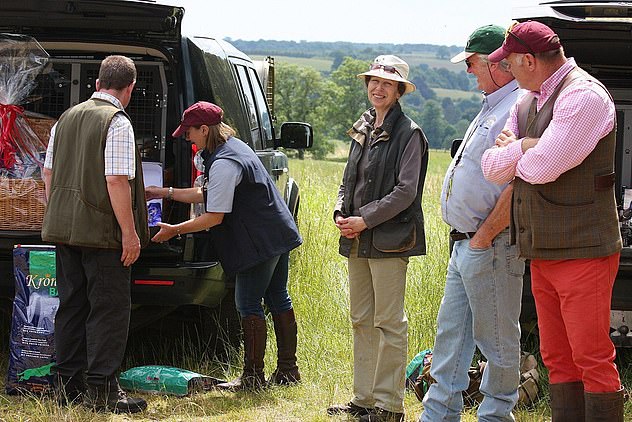 Princess Anne previously expressed her sadness after learning the dog breeder who worked for her, Deborah Zurick, had been shot dead in the cottage where Boris Johnson grew up (pictured second right with the Queen’s daughter is John Zurick)

Ms Murphy thought she heard a muffled bang, then after waiting approximate 20 minutes escaped through an open window, eventually finding Ms Zurick ‘flat on ground on her back.’

Paramedics and armed police soon arrived to the property and Ms Zurick was pronounced dead at the scene.

Mr Zurick was found by police in an outbuilding, believed to be used as a kennel, sat up against a wall and with a sawn-off shotgun in his lap.

He was flown to Derriford Hospital with a shotgun wound to the head but was eventually declared dead on February 27.

An inquest by the Somerset Coroner today concluded Deborah Zurick was unlawfully killed by John Zurick, with her estranged husband then taking his own life.

The inquest heard Ms Zurick met her husband when she was 12 at her father’s gun shop.

The pair then married when she was roughly 19 – initially having what one friend described as a ‘loving relationship.’

Both dog trainers and breeders, the couple regularly attended game shoots and organised training days for spaniels and their owners at their Somerset home.

Throughout the couple’s marriage though, it was heard Mr Zurick battled with alcohol issues, sometimes consuming up to three bottles of wine a night.

He initially stopped drinking after concerns were raised by his wife and friends but he was arrested for drink driving in January 2020.

And after attempting to self-harm and making suicidal references while in custody, he immediately had his gun license revoked. 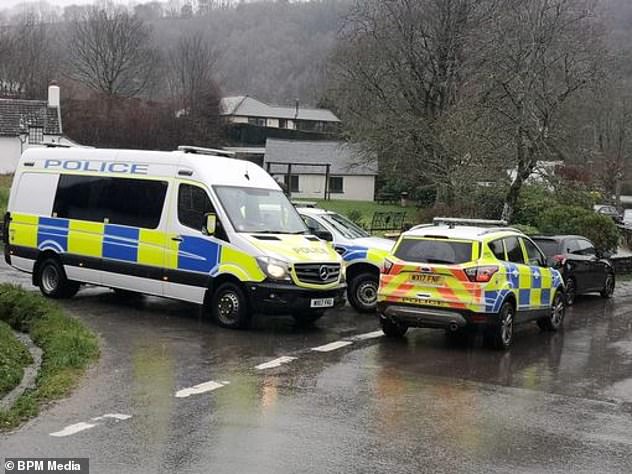 Officers were called to the property after reports of a hearing a gunshot in Winsford, Somerset 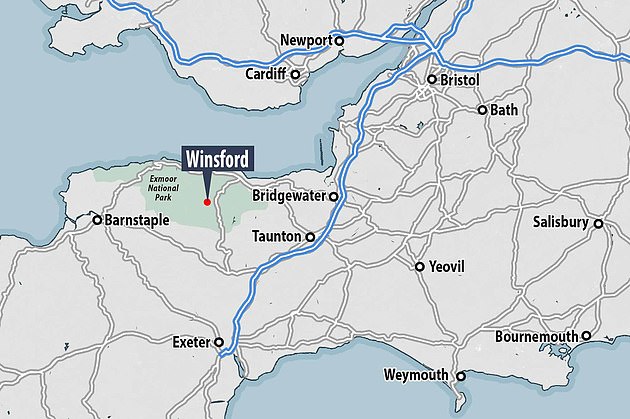 Ms Zurick had also told friends she felt ‘unsupported’ by her husband after being diagnosed with cancer some years prior to her death, and that she felt the relationship had deteriorated.

When collecting the firearms belonging to the pair, a statement given by an officer at the scene said all guns were accounted for on Mr Zurick’s license and that besides a decorative fireman on the wall – he saw no other weapon.

However, the inquest heard Mr Zurick had previously told Robert Mitchell, a local gamekeeper, that he still had two shotguns in the house which police were not aware of and had ammunition.

Ms Zurick was honorary secretary of the Working Clumber Spaniel Society (WCSS) for more than 20 years and her husband was a member of the society’s ruling committee.

Tags: 5, Anne's, friend, Princess
You may also like
Recent Posts