Washington: Authorities in the US have recovered the body of a member of the Kennedy family who, along with her young son, went missing in the Chesapeake Bay, Maryland, on Thursday, according to the Maryland Natural Resources Police. 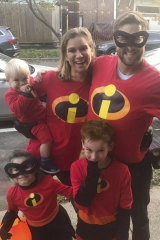 The body was identified as Maeve Kennedy Townsend McKean, 40. Police said the search for her eight-year-old son Gideon continued.

Police said McKean's body was found 4 kilometres south of the waterfront home of McKean's mother, where the McKean family had been staying to isolate from the novel coronavirus.

Family members and police said McKean and Gideon had climbed into a canoe to retrieve a ball that had gone into the water and were apparently swept away in strong currents and gusty winds.

Maeve McKean was a granddaughter of the late US senator Robert (Bobby) F Kennedy and grandniece of former president John F Kennedy. Her mother, the former lieutenant governor of Maryland, Kathleen Kennedy Townsend, was a teenager when her father Bobby was assassinated.

Maeve McKean was the executive director of the Georgetown University Global Health Initiative and was president of the Parent Teacher Association at the Capitol Hill Cluster School.

Police and firefighters from several agencies participated in the exhaustive search, which has covered nearly 6000 square kilometres. The canoe was found on Thursday.

Maeve McKean and her husband, David, have two other children, seven-year-old Gabriella and two-year-old Toby. They live in the District of Columbia.

Tags: Body, Kennedy, of, Police, recover
You may also like
Recent Posts