LOS ANGELES (AP) — Southern California police shot and killed a Black man Saturday as he ran away from them while allegedly holding a gun, video showed.

The family of 23-year-old Rob Adams, however, says he was likely holding his cellphone instead of a gun because he had been talking to his mother when police arrived. His family expects to file a legal claim, a precursor to a lawsuit, on Thursday.

“All I heard after that was gunshots. He never told me goodbye,” his mother, Tamika Deavila King, said Wednesday at a news conference.

San Bernardino police say that officers were called to a parking lot around 8 p.m. Saturday after getting a tip that a Black man was walking around with a gun.

Two officers, who were wearing uniforms but driving an unmarked car, saw Adams pull a gun out of his waistband and begin walking toward the cruiser with the firearm in his hand, according to San Bernardino Police Chief Darren Goodman.

Though there is no audio of the initial encounter, Goodman said the officers gave Adams verbal commands. 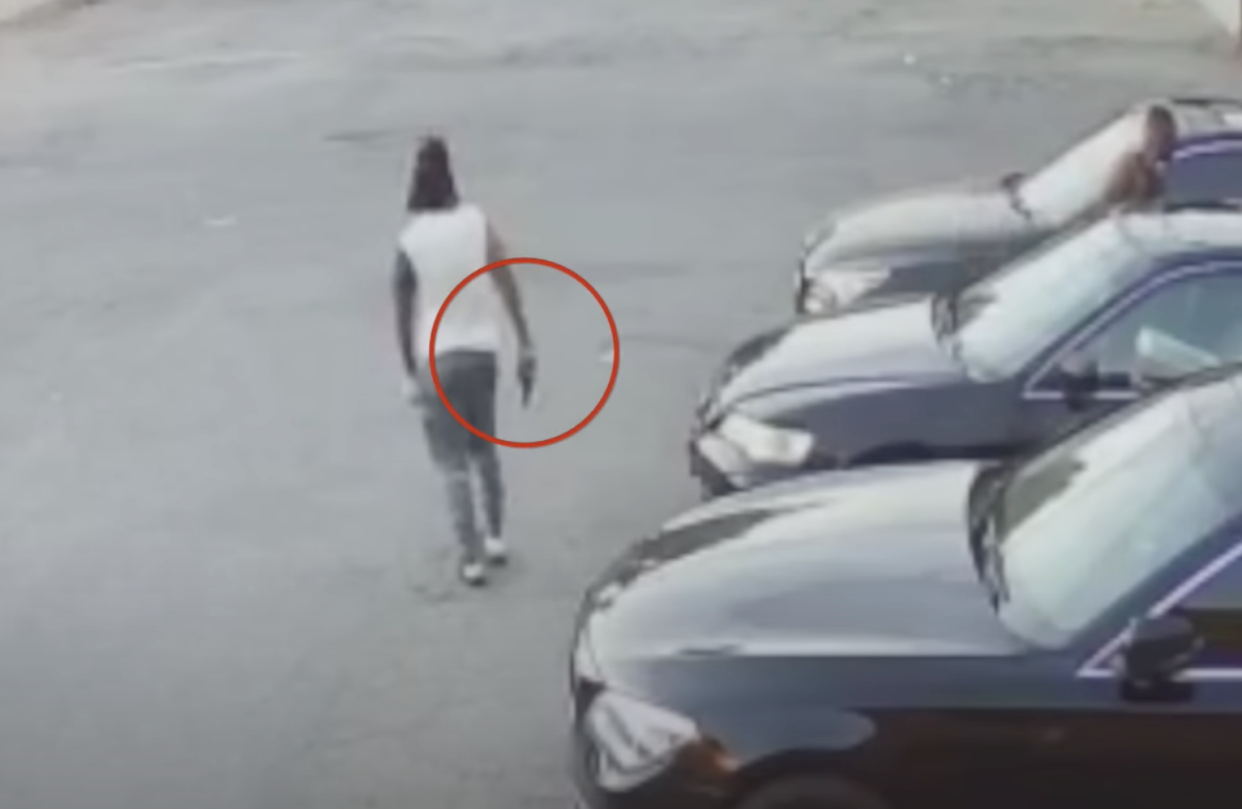 The video shows Adams almost immediately turn around and run toward two cars that were parked up against a high wall.

“Seeing that he had no outlet, they believed he intended to use the vehicle as cover to shoot at them,” Goodman says in the video.

Within seconds, one of the officers opened fire, striking Adams. He was pronounced dead at a hospital. Police recovered a 9 mm gun after the shooting.

The name of the officer who fired their gun has not been made public.

“Being that Adams never aimed the gun, was approached by an unmarked vehicle, and was shot while fleeing, therefore plausible criminality does not exist,” Reynoso wrote Tuesday on Twitter. “In the end, Robert Adams is dead at the hands of the San Bernardino Police Department.”

Robert Adams was carrying a firearm when an unmarked Nissan Altima approached. Police then exited the unmarked vehicle and Adams fled.

Crump and other attorneys representing Adams’ family say police — who say he had “an extensive criminal history” — have made him out to be a villain.

“My son, Rob, wasn’t a gang member. He was a good kid,” his father, Robert Adams, said Wednesday. “What parent would want to see their kid killed on a video?”

The killing is the latest of several law enforcement shootings of Black men around the country that have stirred protests or demands for federal investigation.

On June 27, police in Akron, Ohio, shot 25-year-old Jayland Walker more than 40 times at the end of a car and foot pursuit that began with an attempted traffic stop for minor equipment violations.

Meanwhile, a report released by the state auditor in April found that five law enforcement agencies, including the San Bernardino Police Department, had failed to take adequate steps to guard against racially and ethnically biased conduct. The report also found that a few officers had engaged in such conduct “either during their on-duty interactions with individuals or online through their social media posts.”