One of the country’s leading women’s health doctors has been suspended for repeatedly groping a female colleague at a medical conference.

Dr Khalid Khan was a professor at London’s Queen Mary University and an honorary consultant at Barts and the London School of Medicine when he fondled the breasts of top gynaecologist Dr Jen Gunter in a hotel bar in 2014.

Dr Gunter waived her right to anonymity and blogged about the incident in 2017, which prompted the GMC investigation. She she’d been inspired to speak out by ‘the brave women in Hollywood’ who’d revealed the barrage of sexual abuse they suffered at the hands of media mogul Harvey Weinstein and others. 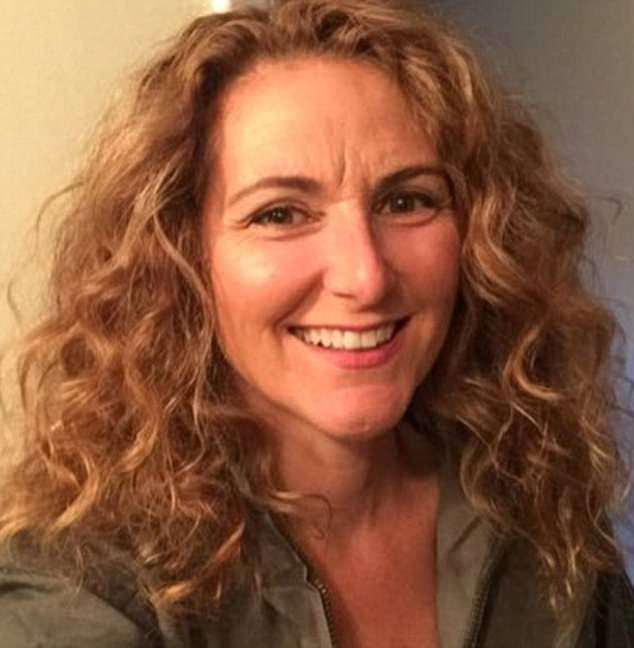 She wrote on her blog: ‘Then he started that octopus body crawl that so many women know only too well. He was nuzzling my neck and his disgusting hot breath was in my ear.

‘He was groping my breasts, running his hands up and down my back, and putting his arm around my waist pulling me against his body. Each time I moved one hand or arm another seemed to take his place.

‘I told him to stop. I removed his hands more forcefully each time.’

The Canadian medic told the disciplinary tribunal she had to ‘peel’ the then Editor in Chief at the British Journal of Obstetrics and Gynaecology off her following the ‘sustained and deliberate’ incident.

The senior professor also remarked that a junior researcher had a ‘nice bum’ and tried to kiss another female colleague after asking her ‘obscene’ questions about her sex life, a hearing was told.

He has now been suspended from practising as a doctor for a year after being found guilty of misconduct. 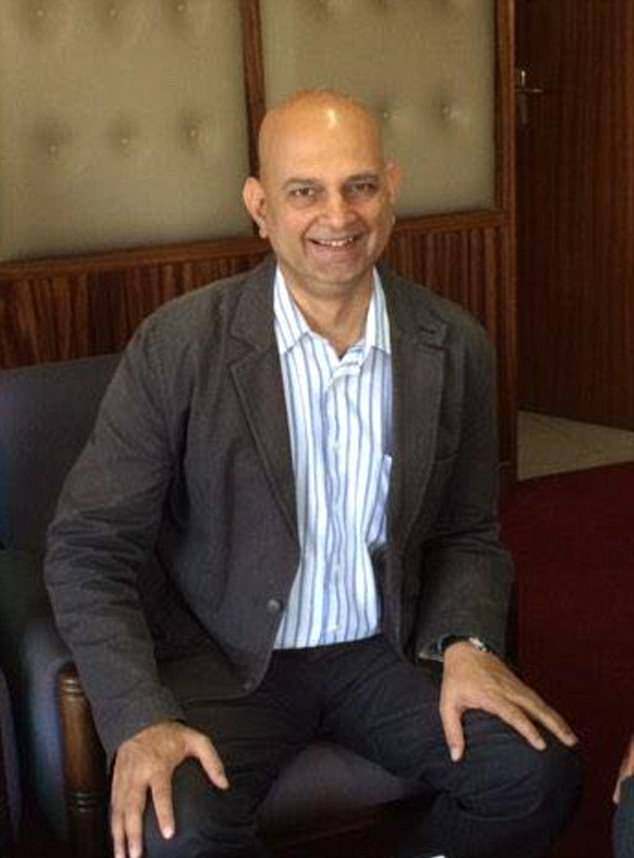 A hearing of the Medical Practitioners Tribunal was told that the incident involving Dr Gunter – a medical expert known as Dr Jen in the US – took place in October 2014.

She and Dr Khan were attending the International Pelvic Pain Society Conference at the Palmer House Hotel in Chicago where they were both speaking.

She told the tribunal that she was introduced to the professor for the first time in the hotel lobby by a friend after dinner and the three of them went to the bar for a drink.

Dr Gunter – who is in her early 50s – said she became separated from her friend and ended up talking to Dr Khan alone.

She said: ‘The conversation with Dr Khan was going on for literally a few minutes when he placed his hands over my shoulder like we were cuddling.

‘I thought it was odd and weird when he did this but then thought Europeans and all that. Dr Khan then moved his hand down from my shoulder and touched my left breast.

‘I think I was wearing a black short sleeved sweater and he touched my breast over my clothing. I then used my right hand and moved his hand down and pulled away from him.

‘He acted like nothing happened. He didn’t say anything. We carried on chatting, I don’t remember what we chatted about. He kept putting his hands around my waist and he was then nuzzling my neck.

‘I pushed him off and asked him to stop. I pushed him away from me. I recollect being groped about five to six times by Dr Khan.

‘He was nuzzling my neck, his hand was then back on my breast again, at that point I was so focused on keeping his hands off me, I can’t be specific about the body parts he touched, as I was peeling him off me.

‘I don’t remember the exact words I used but I told Dr Khan to get off me.’

Dr Gunter – who is only referred to as Ms B in the tribunal judgement – said that she was ‘p***ed off’ and ‘shocked’ that Dr Khan had groped her and that she had told several colleagues of the incident that night. 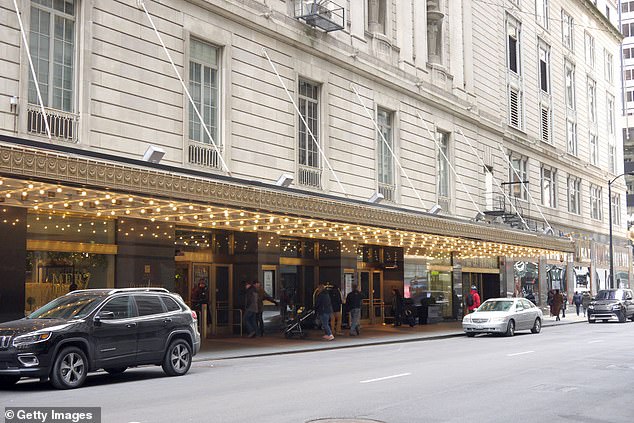 A hearing of the Medical Practitioners Tribunal was told that the incident involving Dr Gunter  happened at the Palmer House Hotel in Chicago, Illinois in October 2014 (pictured)

But it was only three years later that she went public with the accusations in a December 2017 blog that she said was inspired by the MeToo movement.

In her post, the San Francisco based doctor – who regularly appears on television – described his actions as like ‘an octopus’.

Dr Khan – who is in his mid 50s – denied the allegations but the tribunal found him guilty, describing his actions as ‘sustained and deliberate’ and ‘obviously sexually motivated’.

The tribunal was also told of an incident involving Dr Khan – Professor of Women’s Health and Clinical Epidemiology at Queen Mary’s since 2010 – and two junior female researchers named only as Miss D and Miss E in November 2015.

The hearing was told that the two women were at a bar with Dr Khan and another male doctor when the two men started asking them ‘obscene’ questions about their sex lives.

After Miss E and the other doctor left, Miss D was left alone with Dr Khan who told her that her friend had a ‘nice bum’ and then tried to kiss her.

‘I recall that Dr Khan closed his eyes and his lips were pursed and he moved towards me in a slow, leaning way’,’ she said.

She stopped him from kissing her by raising her hands and he then ‘mumbled sorry to himself.’

Dr Khan – who was born in Pakistan and trained at the Aga Khan University – insisted he had not been at the bar that evening and had not behaved inappropriately.

However, the tribunal were shown text messages from the time between the two women discussing what they alleged had taken place.

This led the panel to believe Dr Khan’s victim.

In its judgement it described his conduct as ‘deplorable’ and sentenced him to a 12 month suspension.

Tags: Britain’s, leading, of, One
You may also like
Recent Posts