SHOCKING footage shows an NYPD officer being kicked off a subway platform onto the tracks while trying to arrest a man who had jumped the turnstiles.

Officers Carolyn Anderson and rookie Elijah Pardieu were trying to restrain a suspect, identified as 25-year-old Anquando Johnson, at Harlem's 125th Street subway station at around 2am on Friday. 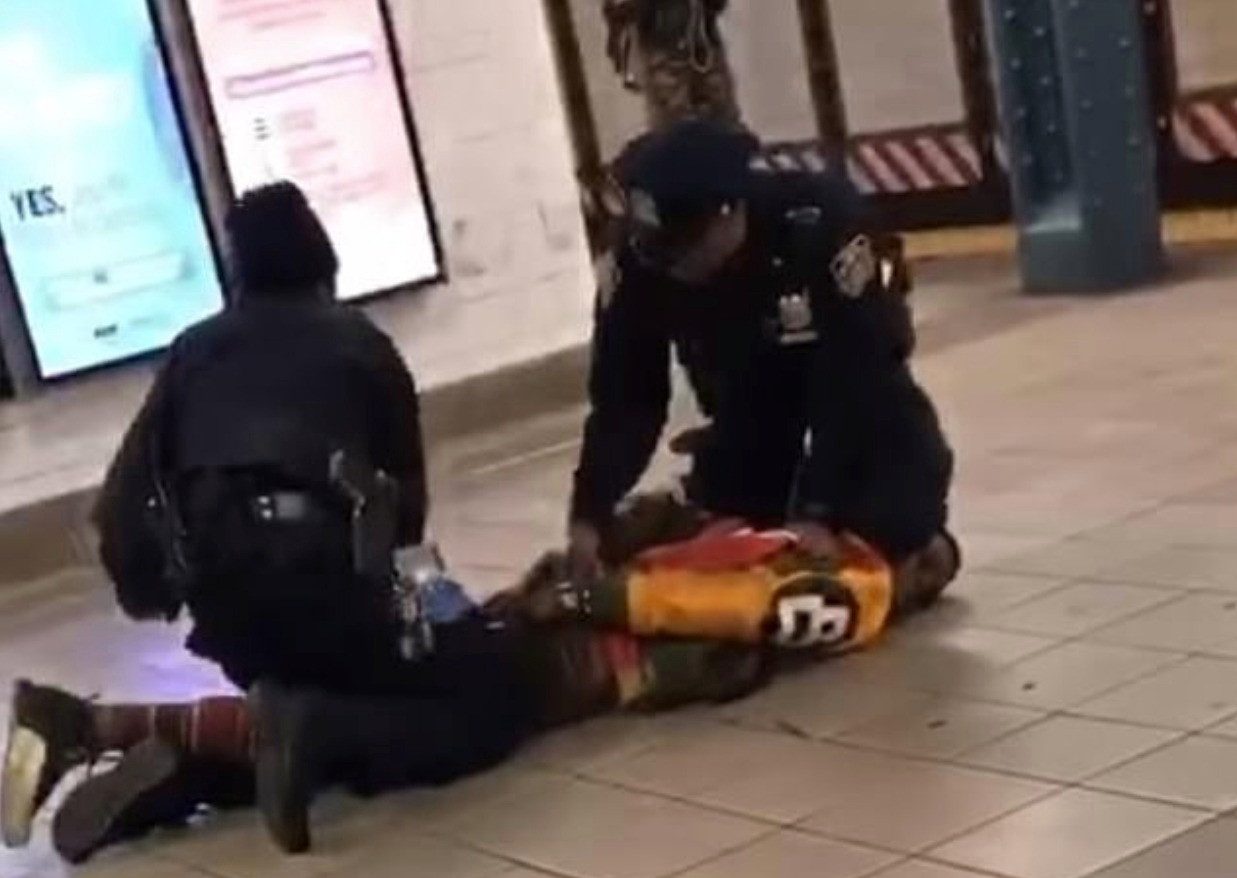 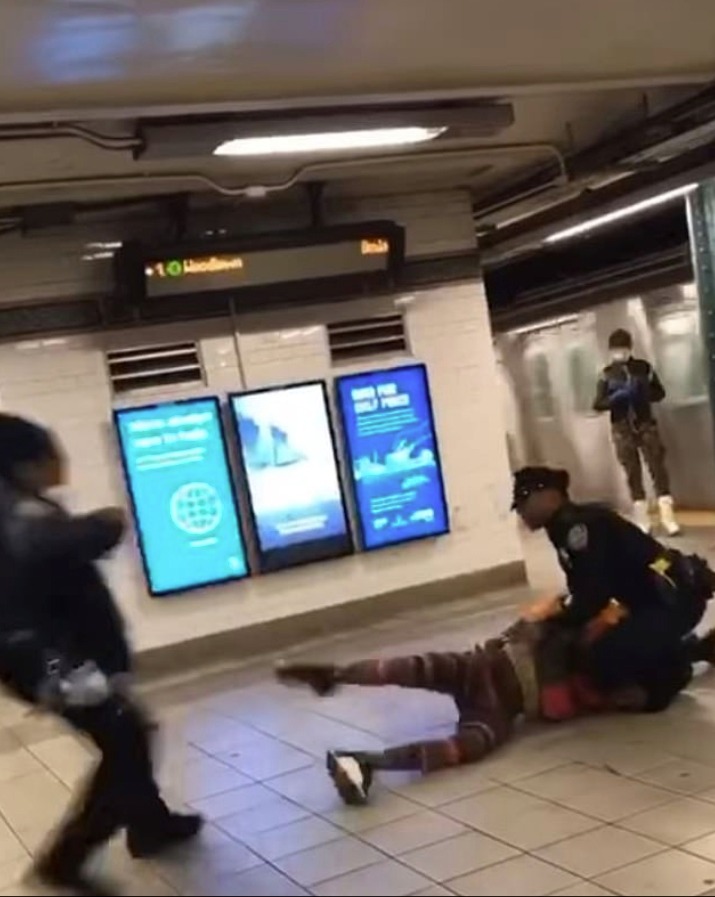 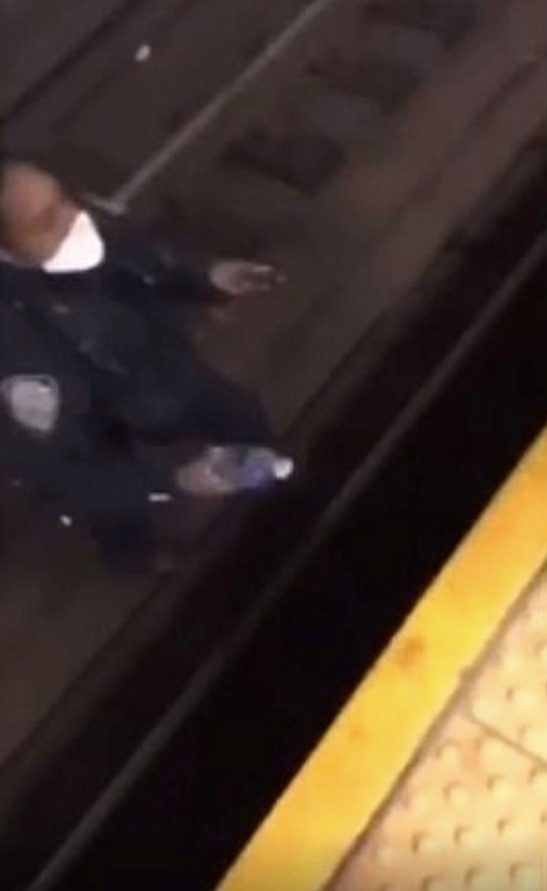 Johnson had allegedly jumped a barrier on entering the station to avoid paying a $2.75 fare.

The officers can be seen trying to hold him down while he repeatedly kicks out.

Joaquin Santiago, who captured the footage, told the New York Daily News that the officers had pursued Johnson onto the platform.

"He came down the stairs and they came after him," Santiago said.

"I was shocked by the whole thing. I just took out my phone and started shooting."

The clip shows Pardieu holding the suspects upper body and arms while Anderson tries to restrain his legs.

She is seen multiple times standing up multiple times as his legs flail and she tries to hold them until one of his kicks catches her and she stumbles back and off the platform.

Seconds before the fall, a train is seen coming into the opposite platform.

Anderson falls onto the tracks but is able to get to her feet and is then seen being helped back onto the platform by Santiago and another bystander.

She sustained a fractured wrist in the fall.

After Johnson was finally restrained, he allegedly continuing to shout abuse at cops as well as spitting at them and telling them he hoped they would catch HIV.

He was later charged with theft of service, assaulting a police officer, and reckless endangerment, though was also taken for a medical and psychological assessment.

"The officer could have easily been killed, and as a result of this assault, the officer suffered a serious injury." 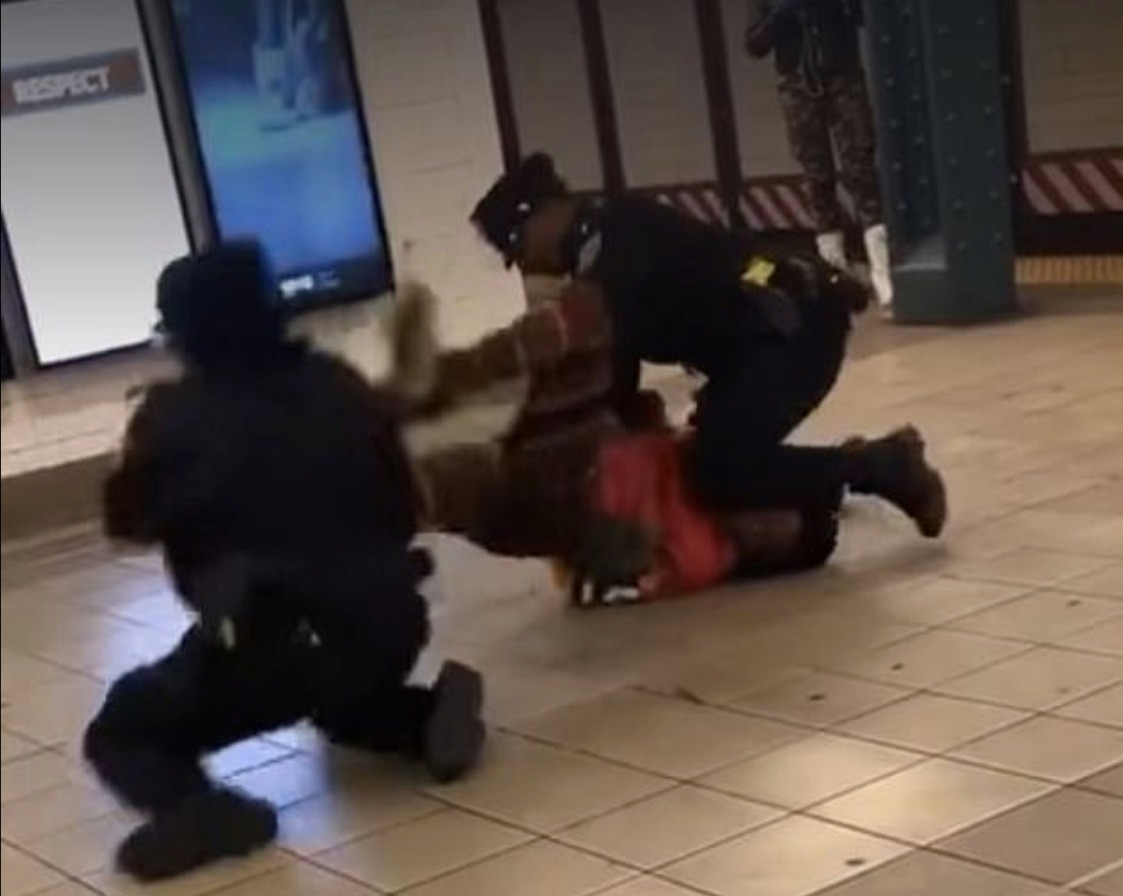 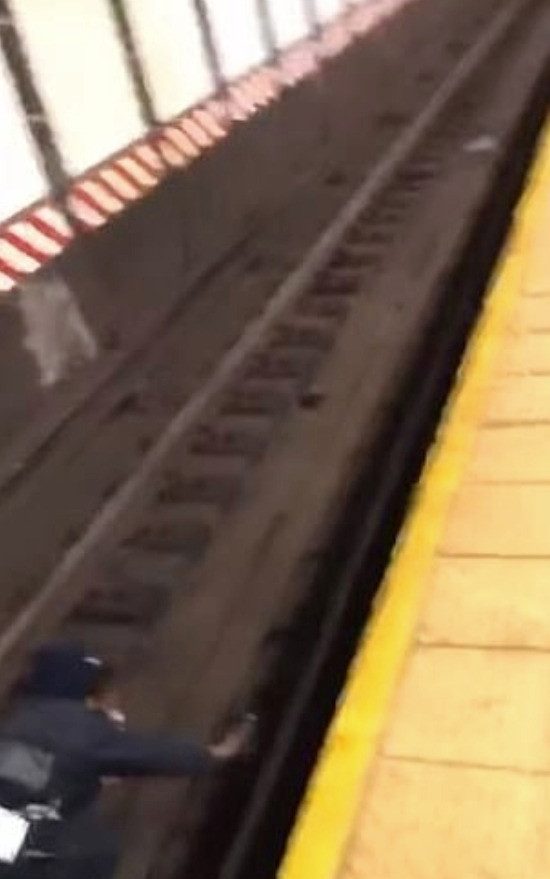 Tags: cop, kicked, NYC, off, plat, subway
You may also like
Recent Posts