Nurses sing dying coronavirus victim, 69, her favourite song The Sound Of Music to help her as she takes her final breaths

Nurses sang a dying coronavirus patient’s favourite song while she said her final goodbyes and took her last breath.

Brenda Evans, 69, died at Salford Royal Hospital on Thursday after testing positive for the deadly infection.

As the nurses on her ward tried to prepare her for the end, they asked her what her favourite song was.

Mrs Evans, who suffered from underlying health conditions, told them she loved The Sound of Music from the 1965 hit musical, so they played it for her and began to sing along.

Her sister Linda, who was allowed a short goodbye under exceptional circumstances, sung along too and she peacefully passed away. 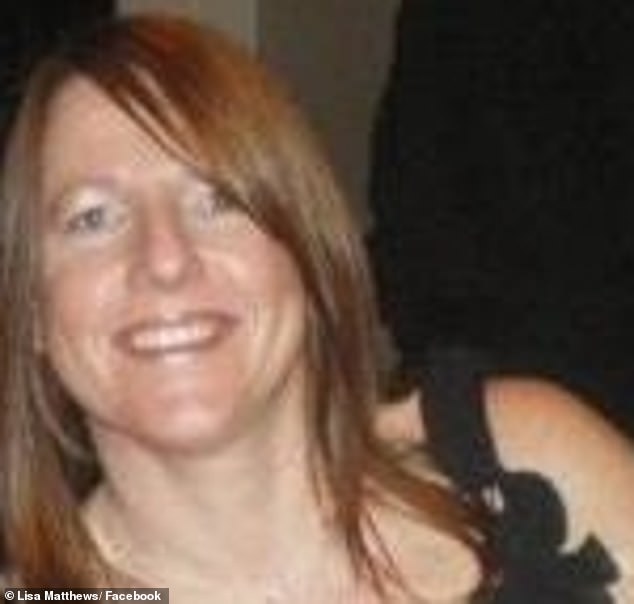 NHS hospitals across the country have banned visitors to help stem the spread of the virus.

Salford Royal are letting one visitor see coronavirus patients in some special circumstances.

She wrote: ‘As the nurses were helping calm down Brenda’s breathing they asked my mum what was Brenda’s favourite song. Mum told them it was The Sound of Music’. 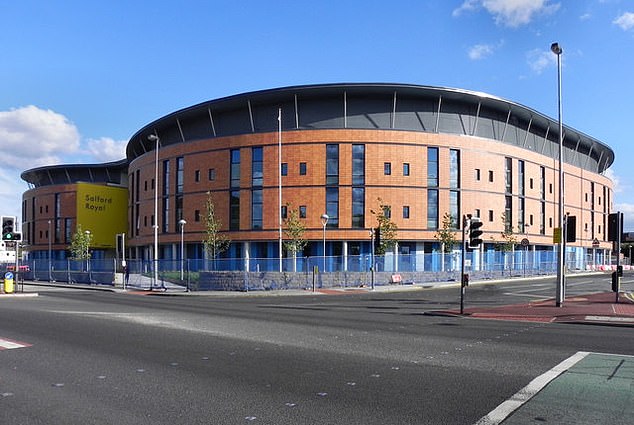 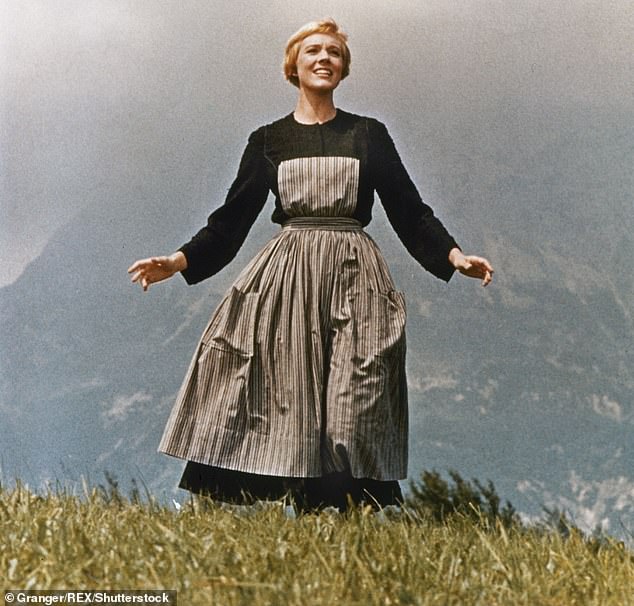 ‘Then when mum began comforting her sister, the nurses began to play The Sound of Music for Brenda to help her in her final breaths.

‘She said it was so lovely of them and as the song played Brenda then settled and passed away peacefully.’

Mrs Evans’ family said she ‘was not strong enough’ to fight the virus after suffering a number of underlying health issues.

Mrs Matthews said she wrote the social media post ‘to share our story about the special NHS nurses from Salford Royal Hospital’. 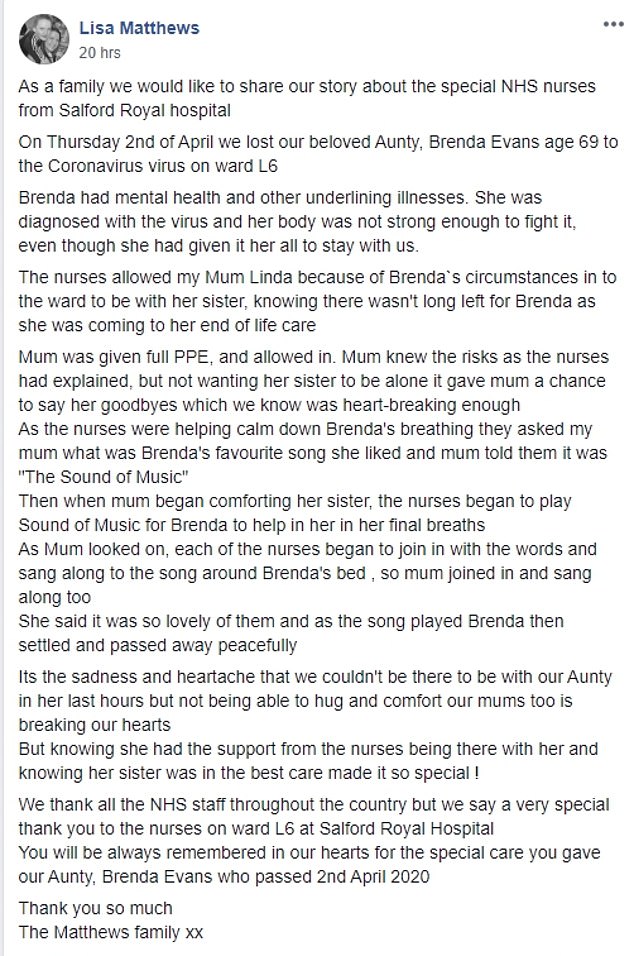 She added: ‘It’s the sadness and heartache that we couldn’t be there to be with our auntie in her last hours but not being able to hug and comfort our mum too is breaking our hearts.

‘But knowing she had the support from the nurses being there with her and knowing her sister was in the best care made it so special.

‘You will be always remembered in our hearts for the special care you gave our auntie.’ 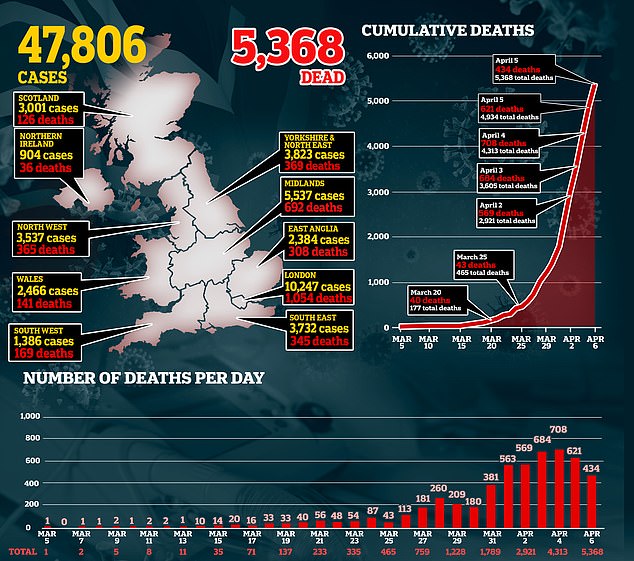