Nigel Farage hosted a coronavirus Facebook Live video last night from his home in shorts and a maroon jumper.

Sipping a glass of red wine, the Brexit Party leader said ‘we are all locked down’ and ‘there isn’t much else to do’ as he held a Q&A on Facebook Live.

Before taking any questions he opined on a few topics from the week. He spoke about the power ‘vacuum’ left after Boris Johnson’s hospitalisation.

The former MEP also wished Mr Johnson a speedy recovery, but out at the government’s strategic choices during the crisis as being ‘wrong.’

He added the UK is in a ‘very bad place’, citing the most recent death figures, and said it was ‘making his blood boil’ that criticism of China was being dismissed as racist by ‘lapdogs in the Western media.’

But one thing that viewers simply could not get away from was what Mr Farage’s was wearing, specifically his shorts.

One commenter on the video said it was like ‘watching Alan Partridge in his short shorts’.

While another said: ‘Those shorts are a tad risky.’

Andrew Murphy said: ‘When big Nige forgets his PE kit and the teacher sends him to lost property.’ 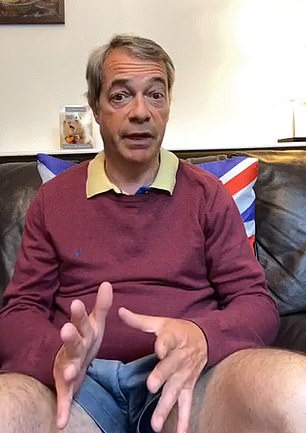 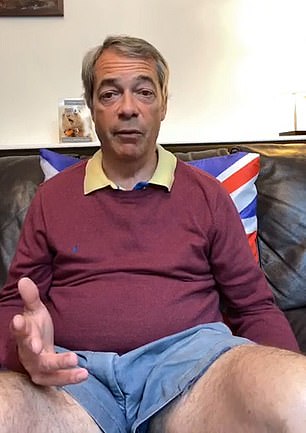 Sipping a glass of red wine, the Brexit Party leader said ‘we are all locked down’ and ‘there isn’t much else to do’ as he held a Q&A on Facebook Live 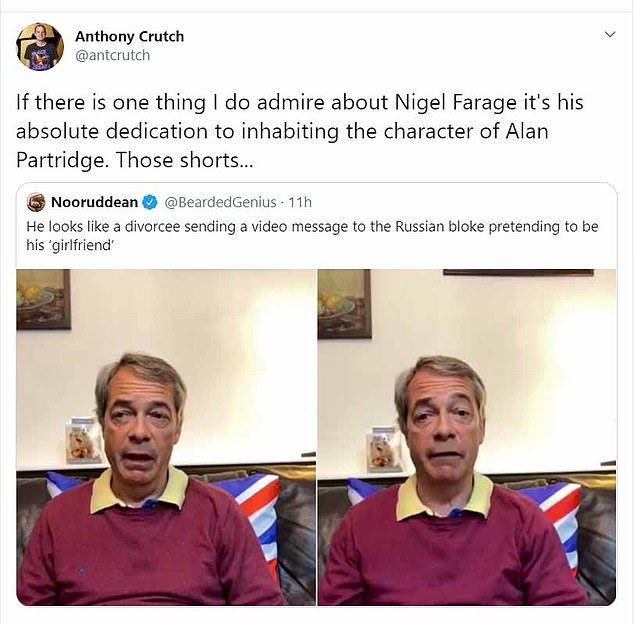 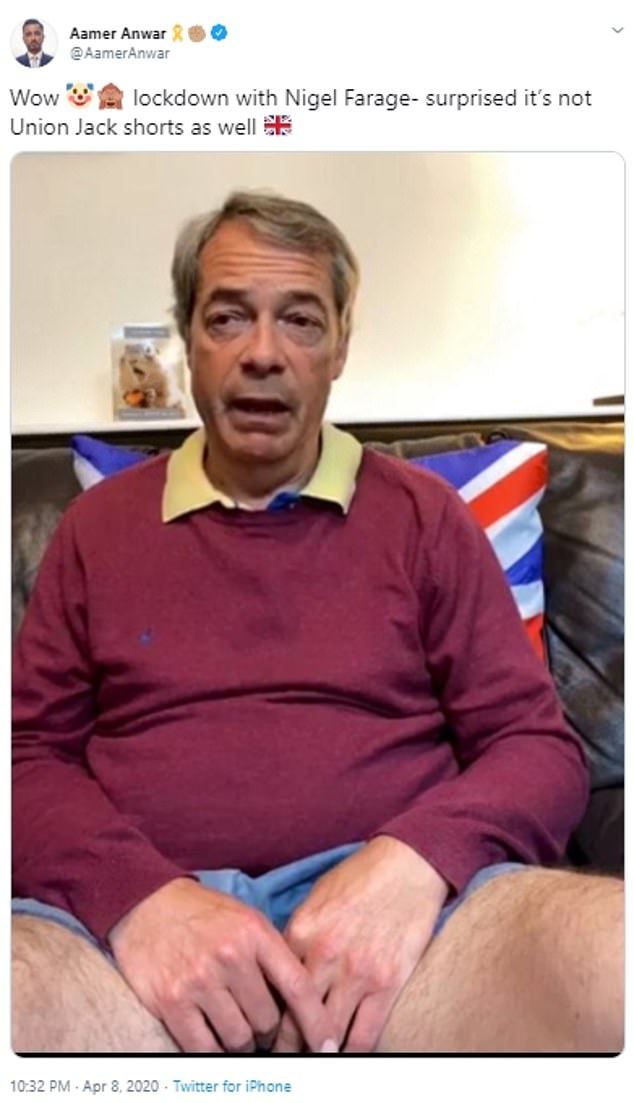 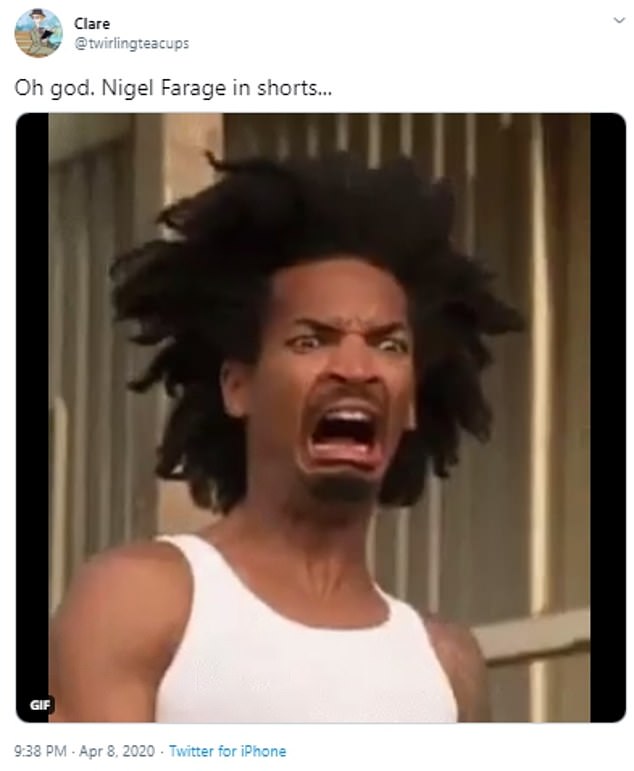 A tweeter called Sian said: ‘Went to bed thinking that image of NIgel Farage in his short shorts was fake.

‘Woke up to see it wasn’t and I’ve already had enough this morning.’

The 56-year-old was also compared to Alan Partridge, a creation of actor Steve Coogan.

In ‘I’m Alan Partridge’, the clueless broadcaster wears a very short pair of shorts he has had ‘since 1982.’

Tweeter Anthony Crutch said: ‘If there is one thing I do admire about Nigel Farage it’s his absolute dedication to inhabiting the character of Alan Partridge. Those shorts…