Two New Yorkers have been stuck on their third date for three weeks after flights were canceled due to coronavirus travel restrictions.

Matt Richardson, 31, and Khani Lee, 29, made the adventurous decision to go to Costa Rica for only their third time meeting.

But pair – who met in February after connecting on dating app Hinge – had no idea they’d still be there together after 71 days when they only committed to a week.

Richardson first revealed his plight in an Instagram post four weeks ago, calling their quarantine abroad, ‘crazy times’ in a hashtag. 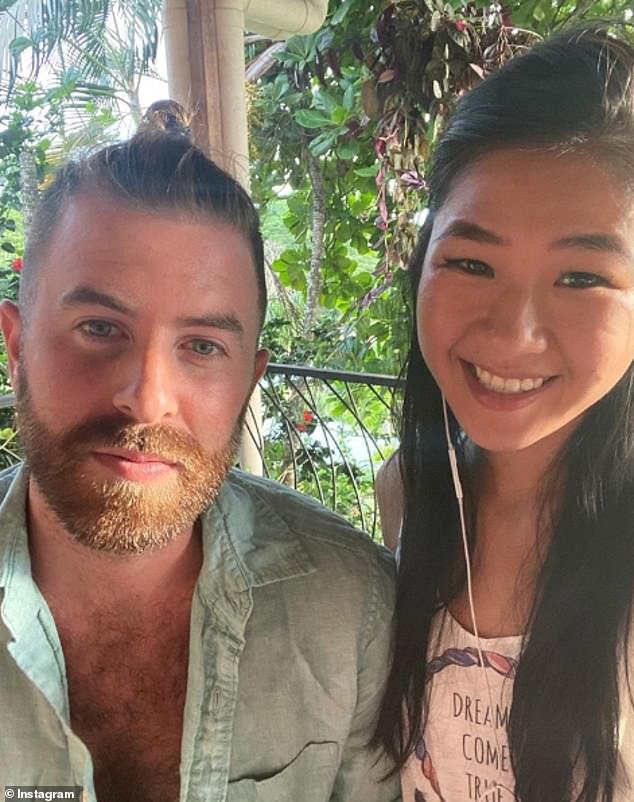 Matt Richardson, 31, and Khani Lee, 29, made the adventurous decision to go to Costa Rica on March 17 for only their third time meeting. But their flights kept getting canceled. Richardson revealed who he’d been stuck abroad with last week on day 67

‘When you been abroad 6 weeks and still don’t know when you’re going home face,’ he captioned a pictured of himself with a straight face. ‘Hope everyone is staying, safe, healthy and happy.’

His post caught the interest of social media users and last week he revealed to followers who he’d been spending the with the jungle.

‘Day 67 in Costa Rica. Since everyone has been asking me who I’ve been quarantined in Costa Rica with this whole time… meet Khani,’ he captioned a picture of pair.

In the image Khani appears smiling, and while Richardson doesn’t give much away from his expression, he revealed in the caption that they are getting along just fine.

‘Don’t normally share stuff like this but these aren’t normal times,’ Richardson admitted. ‘Lucky to get stuck with someone like her. Hopefully back to the states soon!’

Richardson said in an interview that initially they suggested the trip in jest but then he spontaneously booked flights for March 17. 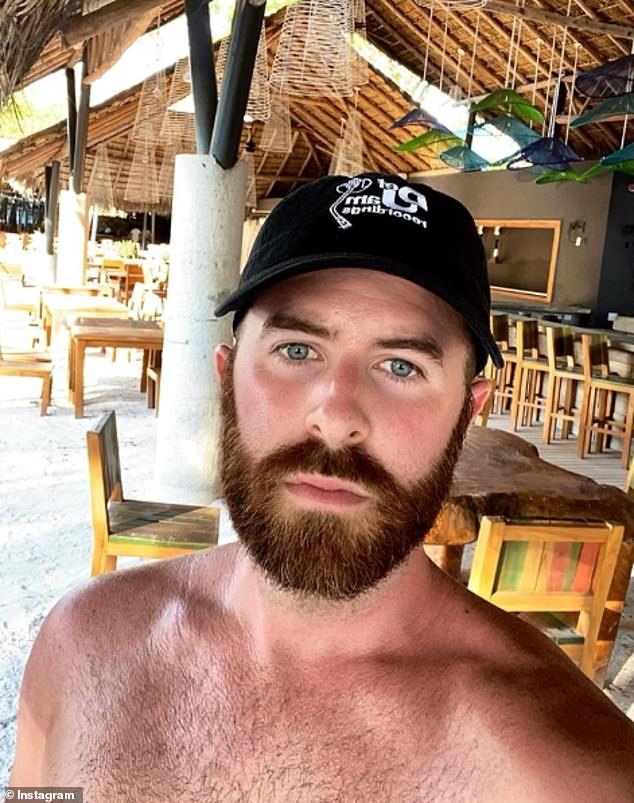 On April 27, Richardson had done six weeks in the jungle with Le. But he said in an interview this week: I’m really lucky to be stuck with someone like her

‘Our first two dates went really well … We were feeling adventurous. It started out as a joke and then I escalated it and bought round-trip tickets to Costa Rica,’ Robertson told Page Six.

One the date of their flight, nonessential services closed and the airline told them they’d ‘be fine,’ Le said.

She wasn’t advised not to go by anyone she knew because she kept their plans quiet.

‘I didn’t even tell anyone,’ Le admitted. ‘I told my mom when I was boarding the flight and my dad still doesn’t even know about Matt.’

The trip started out fun with some zip lining and Richardson described it as ‘badass for going on a third date together in another country’.

In one social media post he captioned a pool picture: ‘As if we needed an excuse to drink at 10am every day. #coronacocktails.’ 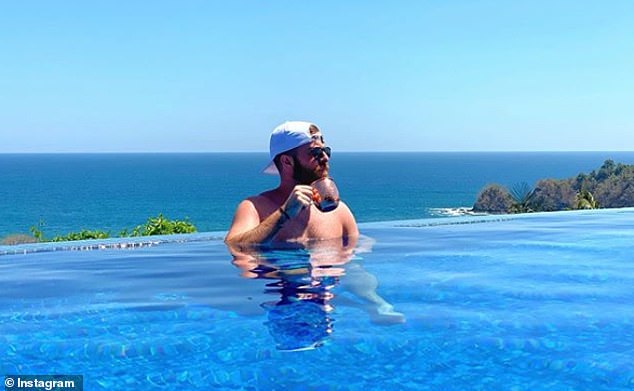 Richardson said: ‘I guess I needed a global pandemic to push me into a relationship.’ He captioned a March 24 pool picture (above): ‘As if we needed an excuse to drink at 10am every day. #coronacocktails’

However the novelty wore off as airlines removed flights from schedules and they were ready to trade in jungle life for the concrete jungle.

‘Flights kept getting canceled and we just drove around the country … finding affordable hotels and different Airbnbs,’ Robertson said. ‘Most don’t have A/Cs … There’s been lots of bugs and cockroaches, snakes and raccoons and we’ve been freaking out.’

Tourist stays in Costa Rica are normally limited to 90 days, but under the current COVID border restrictions, any foreigner who entered Costa Rica after December 17, 2019 for tourism purposes has been granted an extension of stay until July 17.

Still, Richardson feels fortunate that the situation wasn’t made any worse by having an incompatible travel partner.

Richardson suggested that being out of his comfort zone in a foreign country persuaded him to be a one-woman man.

‘In hindsight, I’m really lucky to be stuck with someone like her … Everything happens for a reason,’ he said. ‘I guess I needed a global pandemic to push me into a relationship.’

Tags: Costa, in, new, stranded, Yorkers
You may also like
Recent Posts