Two nephews of Australia’s most wanted man have been swept up in the global police sting that has exposed the family ties at the top of a powerful network allegedly involved in drug importations and distribution of An0m encrypted devices.

Ayhan Doğan, a nephew of suspected drug kingpin Hakan Ayik, was arrested in Sydney’s south on drug supply and importation charges on Monday and is alleged to be a key NSW distributor of the An0m platform, unaware it was secretly controlled by the US Federal Bureau of Investigation and monitored in real-time by the Australian Federal Police after its development in 2018. 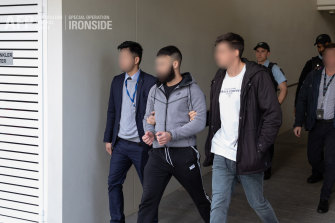 Ayhan Doğan’s brother Erkan Doğan, a Turkey-based Comanchero bikie and another nephew of Hakan Ayik, is named in a US racketeering indictment as a distributor of An0m and prominent underworld “influencer”, like his uncle, who helped the platform grow in popularity among criminal networks.

Yusuf Ayik – Hakan Ayik’s 20-year-old cousin, an active member of the Labor Party and a student at Macquarie University – was also arrested in Sydney on Monday as part of the alleged drug syndicate with Ayhan Doğan. He allegedly said “let’s go sell some f—ing meth” to his relative in a message on An0m.

The newly unsealed US indictment alleged Erkan Doğan, like other influencers on the list of 17 men, had a “tremendous” impact on the take-up of An0m and he had communicated directly with the administrators of the platform. 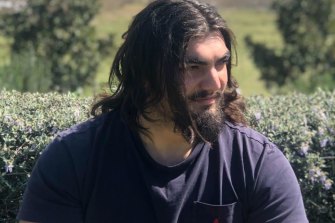 The AFP alleges Ayhan Doğan was distributing An0m devices in NSW on behalf of Erkan Doğan.

Erkan Doğan previously served a NSW prison sentence following the discovery of a cache of powerful guns and explosives in 2009 amid fears of violence between warring bikie gangs.

Police have urged Istanbul-based Hakan Ayik, who fled Australia in 2010, to turn himself in after it was revealed that he was duped into being a top global promoter and distributor of An0m and “essentially set up his own colleagues”.

The Sydney Morning Herald, The Age and 60 Minutes recently discovered Ayik’s location and new identity and revealed his suspected role as the founder of the “Aussie Cartel” of organised crime figures wielding major influence over drug importation.

An0m, an app installed on specially modified phones, was trusted as an “encrypted” platform by up to 12,500 crime figures globally, including 1100 in Australia, to allegedly manage illicit drug trafficking, money laundering and other serious and violent crimes.

The highly sensitive three-year operation using the app has so far led to 251 people charged across Australia. With law enforcement warning their work has just begun, the AFP is preparing for the possibility of people fleeing Australia as the threat of further arrests loom.

Ayhan Doğan and Yusuf Ayik have been charged with supplying prohibited drugs not less than a large commercial quantity. Ayhan Doğan faces an additional charge with a third co-accused of importing a marketable quantity of a border controlled drug.

Police allege the third man, Hakan Calason, was employed as a driver for FedEx, collected the parcels and contacted the syndicate to arrange where the drugs could be exchanged. The group allegedly intended to import drugs on a weekly basis using this method. 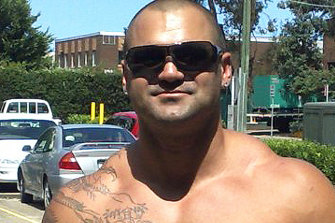 Hakan Ayik photographed a decade ago.

In May, a consignment of protein powder concealing cocaine sent from America to Sydney was intercepted, which had an estimated street value of $250,000.

Police allege that same month, Mr Doğan sold a substance purporting to be methamphetamine to a buyer for $75,000. Instead, the buyer allegedly received bath salts.

“F— i’m a suck c—,” he boasted to his brother over An0m, according to court documents.

“Why’d you rip him for bro it’s going to bite you in the ass bro you can’t rip people bro they’ll try do something to you,” his brother allegedly wrote back.

According to police, he eventually relented, refunding the money and throwing the fake drugs in a rubbish bin in a street in Sydney’s south. Police say they witnessed the transaction and recovered the bath salts.

Yusuf Ayik allegedly participated in the drug supply syndicate, driving Ayhan Doğan to the carpark drop-off in Rockdale on May 14.

Police executed multiple search warrants at premises in Carlton and Brighton Le Sands on Monday and arrested the three men. They faced court on Tuesday where they were denied bail and it was formally refused. Their matters will return to court in July and August.

Tags: Australia's, most, Nephews, of, wa
You may also like
Recent Posts