NEARLY 20 men were caught playing cricket in a park because they were “bored” during the coronavirus lockdown.

The selfish group were stopped by police on Moor Park in Preston after heading out with a bat and ball yesterday afternoon.

⚠Read our coronavirus live blog for the latest news & updates 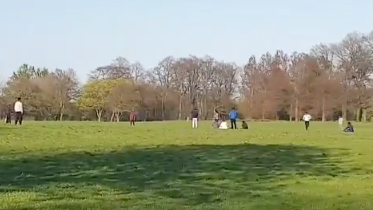 The cricketers were caught on camera by tweeter Paul Winstanley, who shared a short clip of them on the park and tagged Lancashire Police.

Paul wrote:"17 people enjoying a game of cricket… how stupid can you be…. idiots"

“19 adult males who claimed to be ‘bored’ have been suitably advised regarding social distancing.”

People were less than impressed with the cricketers’ antics and said they should have been slapped with penalties.

19 adult males who claimed to be ‘bored’ have been suitably advised regarding social distancing.

One man fumed: “Advice not acceptable, fines would be more appropriate, are these people above the rest of us that they do not need comply.”

Another said: “Should have been fined . If people see this lenient behaviour others will do the same.

One woman tweeted: “Its past the ‘advised’ stage now dont you think?

“Fine them or nick them. People aren't going to stop nor show respect unless you are allowed to do this.”

Its past the ‘advised’ stage now dont you think? Fine them or nick them.

Despite a few covidiots in Preston, beaches, parks and green spaces across the country looked deserted as Brits finally took notice of the government’s plea to stay home over Easter.

Park benches and outdoor gyms were taped off by councils in a bid to deter crowds from loitering as parts of the UK saw highs of 25C on Saturday and Sunday.

But the colder start to Sunday seemed to put most from venturing outside, with a Met Office meteorologist saying it was a "shock to the system" for some places.

However, in north London one group of women were swiftly told to go home after being caught picnicking in Primrose Hill.

The friends sat on the grass with snacks and bikes but were soon stopped by Camden Council workers.

It comes as foreign secretary Dominic Raab warned that lockdown measures could continue for at least another three weeks.

Mr Raab said covid-19’s peak in the UK was probably still a week away and he predicted the lockdown to continue until at least May 7.

"We will consider their assessment based on the evidence at that point.

"We don't expect to make any changes.

"And we won't until we are as confident as we can be that any such changes can be made."

He said it was "far too early" to talk about lifting the lockdown and that any suggestion of relaxing the restrictions would be "getting ahead of ourselves". 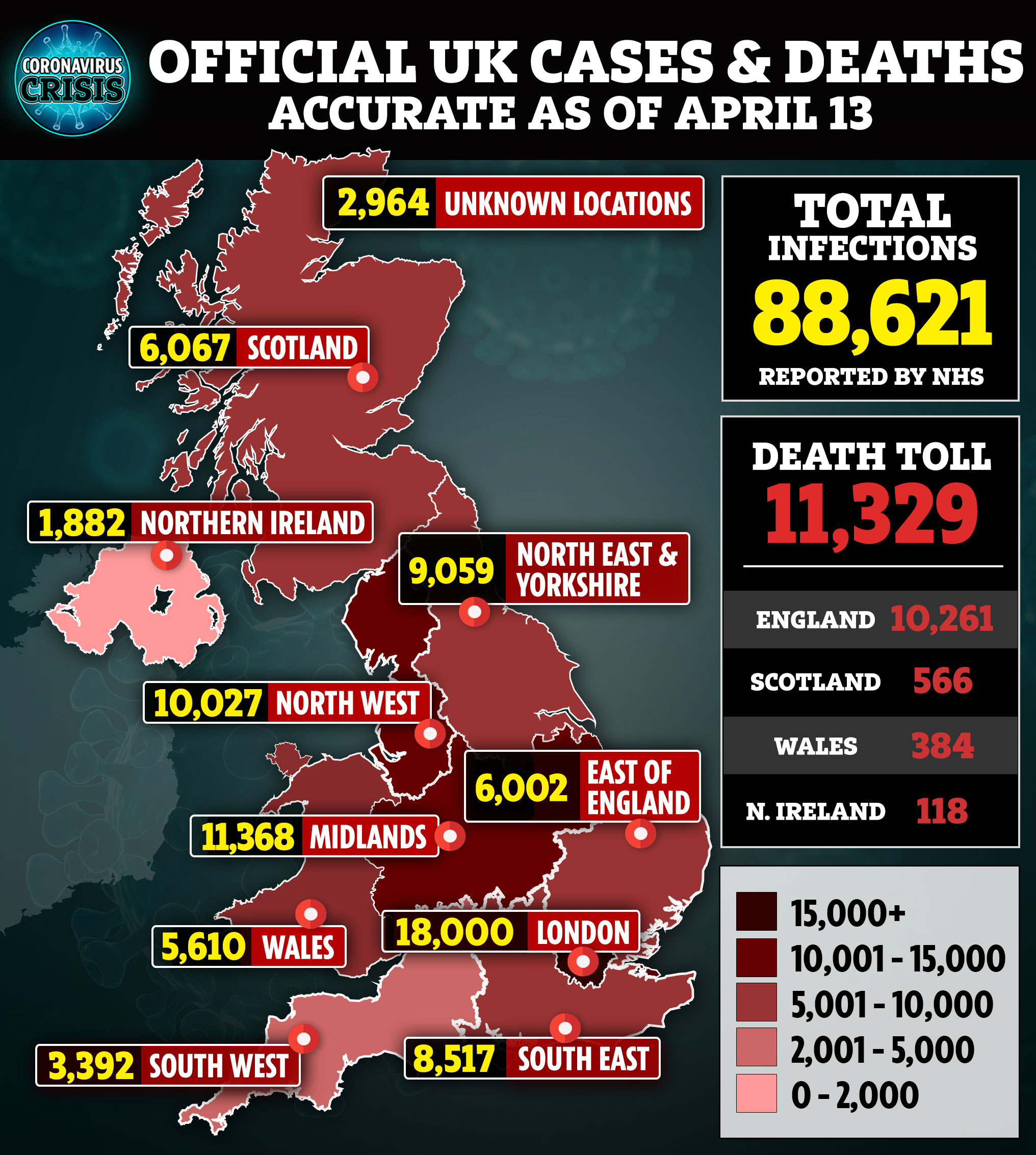 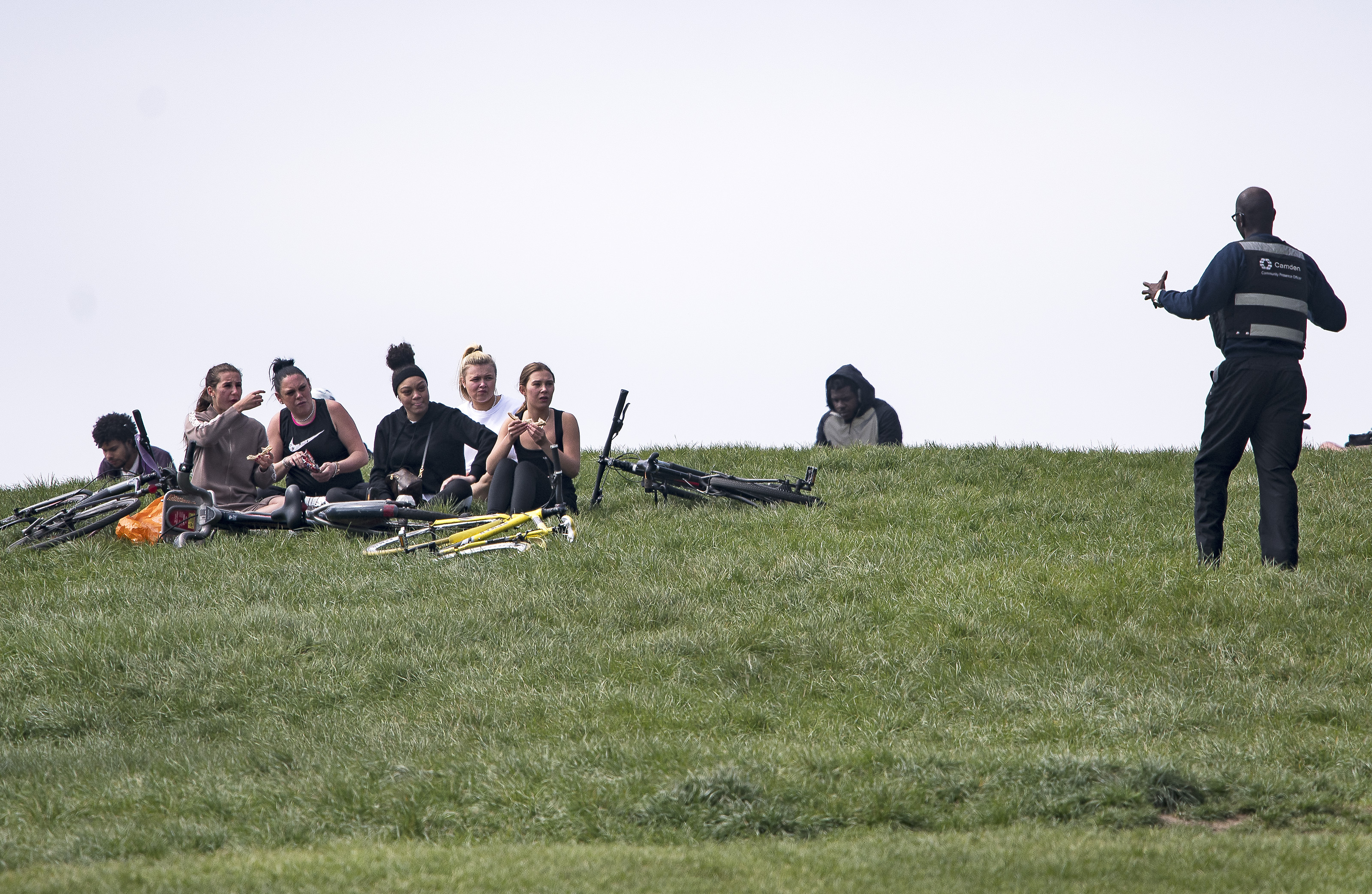