Eight people have died after a mountaintop cable car plunged to the ground in northern Italy, as two children are airlifted to hospital.

The cable car fell near the summit of the Stresa-Mottarone line in the Piedmont region on May 23.

Italy’s Alpine rescue service have said another three people have been taken to hospital. 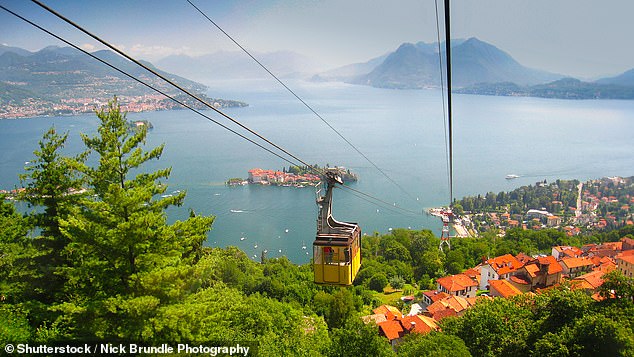 It is reported that 11 people were on board the cable car at the time according to Sky News.

Alpine rescue service spokesman Walter Milan said that the car was ‘very high off the ground’.

He noted that the cable line had been renovated in 2016 and had only recently reopened after coronavirus lockdowns forced the closures of ski lifts across Italy.

According to newspaper Corriere Della Serra, two children have been taken by air ambulance to hospital in Turin. 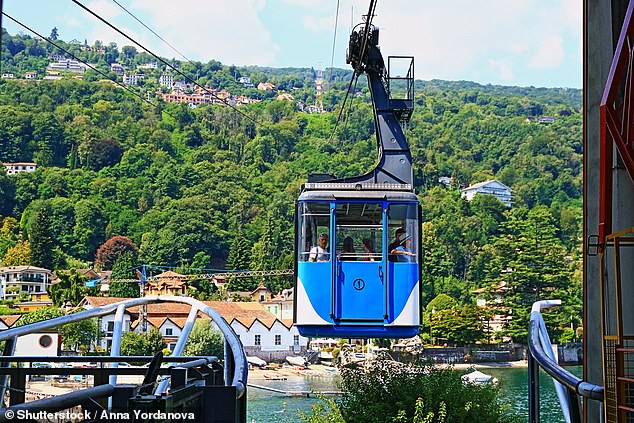 The newspaper also said that rescue efforts have been made more difficult by the fact that the cabin fell into a wood in an inaccessible area.

According to Vigili del Fuoco, the Italian fire service, emergency crews are currently working at the area.

They Tweeted: ‘A cabin of the cable car connecting Stresa-Alpino-Mottarone fell. There are people dead, the toll is provisional.

‘Teams #vigilidelfuoco at work. On the spot the helicopter of the Varese flight department’. 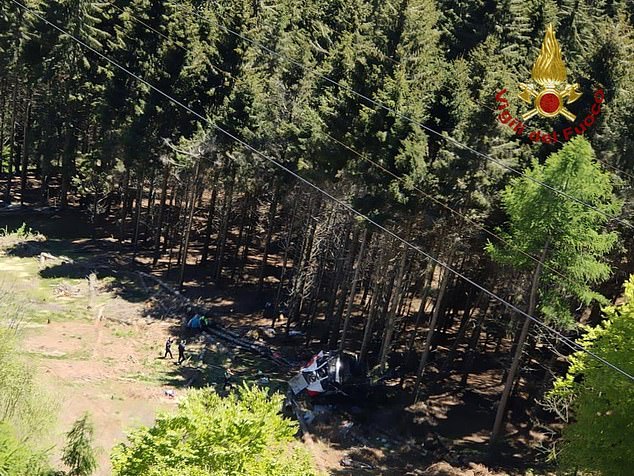 According to Vigili del Fuoco, the Italian fire service, teams are currently working at the area, including helicopters

The Mottarone cable car reaches a height of 4,900 feet and takes tourists from the town of Stresa, to the picturesque Lake Maggiore at the top of the mountain, in 20 minutes.

Mount Mottarone is considered a ‘natural balcony’ and boasts panoramic views across the Po Valley to the Alps.

Seven lakes are visible from the summit, which is a 15 minute walk from the cable car station, the include Lake Maggiore, Lake Orta and Lake Mergozzo.

The area became popular in the early 1900’s when the area opened up for skiing and winter sports.

Since it has seen many people go to enjoy scenic walks, including the Mottarone Alpino Stressa route, a four hour walk from the top of Mottarone which is reached by cable car.