Home
World News
Mother of Daunte Wright's son, 2, 'really hurt' because he doesn't have a father after fatal police shooting

The mother of Daunte Wright’s 2-year-old son said Friday that she hurts for her child, who will be raised without a father following his police-involved death.

“I really don’t want to do this by myself,” an emotional Chyna Whitaker said during a news conference. “I never thought in a million years that this would happen. I’m just really hurt for my son because he doesn’t have his father now.”

Whitaker is the mother of Daunte Wright Jr., who was being held by various family members as his mother and her lawyer, Thomas Bowers, spoke to reporters in Minneapolis.

Witaker’s mother, Erica Whitaker, described Wright as a “very good dad” who was attentive and involved with his son and had a good co-parenting relationship with her daughter. 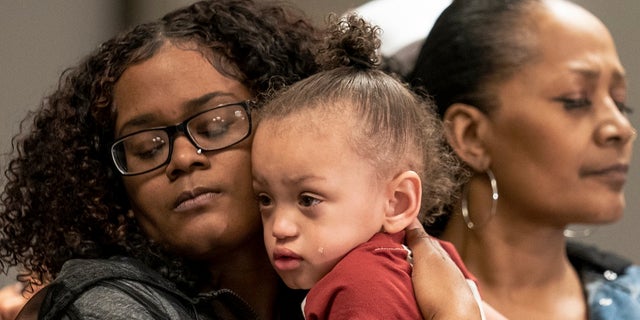 Daunte Wright Jr, center, son of the deceased Daunte Wright, cries in the eyes of his mother Chyna Whitaker, left, alongside his grandmother Erica Whitaker during a Friday news conference in Minneapolis. (AP Photo/John Minchillo)

She called Daunte Jr., her only grandchild, a “miracle baby” because he was born prematurely.

Bowers spoke of the impacts of a child growing up in a fatherless home.

Chyna Whitaker said the family has received donations and messages of support from the since the shooting.

“It really means a lot to me,” she said. “It’s what’s keeping me together.”

The news conference came a day after former Brooklyn Center police officer Kimberly Potter, 48, made her first court appearance. She is charged with second-degree manslaughter in Wright’s death following a Sunday traffic stop over expired tags. She faces up to 10 years in prison.

During the encounter, the officers discovered Wright was wanted on an outstanding arrest warrant. As he was being handcuffed, Wright allegedly resisted and Potter fatally shot him. 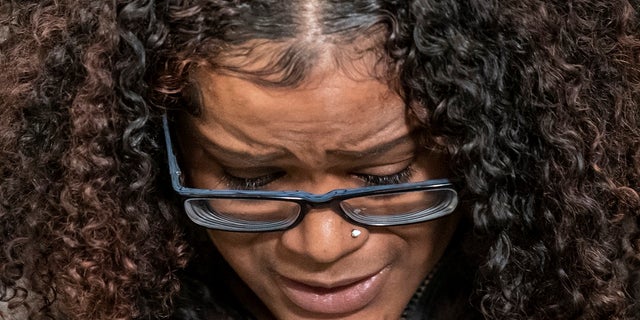 Officials said she believed she pulled out her Taser instead of her firearm.

Bowers criticized the killing and the officer’s use of force. He noted that the shooting occurred in the midst of the trial of a former Minneapolis police officer accused of killing George Floyd last year.

“It’s really unbelievable that we could be standing in the shadow of the George Floyd trial,” he said. “It seems like we just can’t get it right as a people. I think we’ve got to solve this problem and get it right.”

“It seems that we’ve got a problem where African Americans are disproportionately in prison and killed for minor things,” he added.

Tags: Daunte, Mother, of, Wright’s
You may also like
Recent Posts