My despair at plan to free double killer: Justice Secretary Robert Buckland slams move to release child murderer Colin Pitchfork and pledges to ask Parole Board to reconsider its decision

The Justice Secretary has hit out at the decision to free Colin Pitchfork, saying he is ‘frustrated’ that the ‘sadistic’ child killer could soon be walking the streets.

Speaking for the first time about his decision to challenge the Parole Board’s ruling, Robert Buckland revealed his exasperation at the ‘limited’ powers he has as Lord Chancellor to stop the double murderer being freed.

In a rare intervention from a Cabinet minister, he told the Daily Mail he shared readers’ fury and understood why the Parole Board’s decision to order Pitchfork’s release had ‘rocked public confidence’.

Pitchfork was the first person convicted using DNA evidence. He was jailed for life in 1988 for raping and strangling Lynda Mann, 15, in November 1983, then raping and murdering Dawn Ashworth, 15, in July 1986. 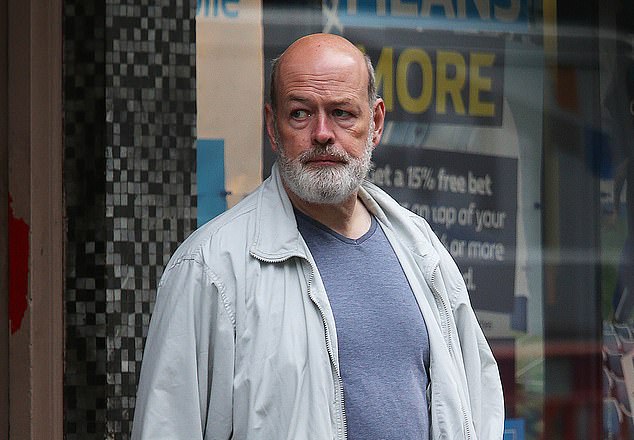 Justice Secretary Robert Buckland has hit out at the decision to free Colin Pitchfork, saying he is ‘frustrated’ that the ‘sadistic’ child killer could soon be walking the streets 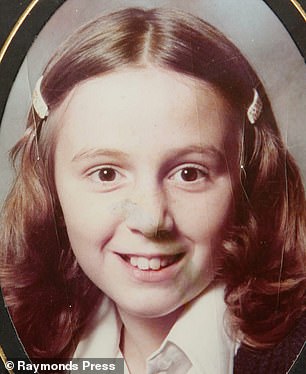 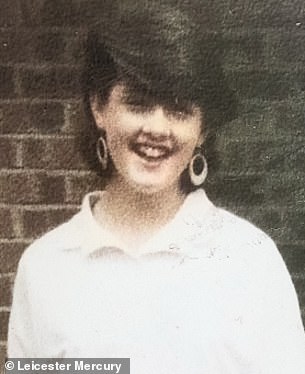 He was caught a year later in the world’s first mass screening for DNA after 5,000 men in three Leicestershire villages were asked to volunteer blood or saliva samples. Pitchfork pleaded guilty and was jailed for at least 30 years, which was reduced on appeal to 28 years.

The Lord Chief Justice said at the time: ‘From the point of view of the safety of the public I doubt if he should ever be released.’ But the Parole Board has now sanctioned his release.

Yesterday, Mr Buckland told the Mail he would ask the Parole Board to reconsider.

Describing Pitchfork’s attacks as ‘the gravest, most sadistic of crimes’, he added: ‘Three decades on, the loved ones of Lynda Mann and Dawn Ashworth still live with the pain.’ 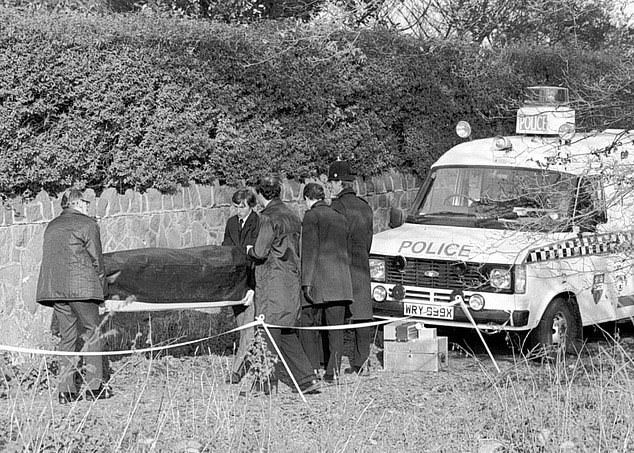 Pitchfork was the first person convicted using DNA evidence. He was jailed for life in 1988 for raping and strangling Lynda Mann, 15, in November 1983, then raping and murdering Dawn Ashworth, 15, in July 1986. Pictured: Police take Lynda Mann’s body away from the murder scene

As a new, unified Probation Service is launched, Mr Buckland revealed plans for record recruitment so officers can carry out closer supervision and pay more visits to offenders’ homes to better protect children and partners from domestic abuse.

More than £300million in extra funding has been pumped into the service since July 2019 to double the recruitment of probation officers from the usual annual intake of 600 trainees to 1,000 in 2020, with plans for a record 1,500 this financial year.

A new National Security Division will oversee the most high-risk criminals and terrorists, linked to MI5 and the National Crime Agency to monitor the most dangerous offenders.

Fresh standards will ensure staff meet all offenders they supervise face to face at least monthly – or more frequently for higher-risk ones.

Mr Buckland said: ‘The Government is backing the new Probation Service with more money and more staff so the public is better protected, crime is cut and fewer people become victims.’

ByRobert Buckland Secretary Of State For Justice For The Daily Mail

I share the frustrations of many Daily Mail readers that Colin Pitchfork could soon be out of prison. His were the gravest of crimes which left two families in unimaginable grief.

Three decades on, Lynda Mann and Dawn Ashworth’s loved ones still live with the pain, and they have been front and centre in my thoughts in recent weeks.

If convicted today, he would almost certainly have received a whole life order, behind bars without any hope of release. That will become the default for any premeditated child murder under our new Sentencing Bill.

But such a power was not available then, and so it fell to the independent Parole Board to decide, not if the original punishment was right, but if he is now safe to release. 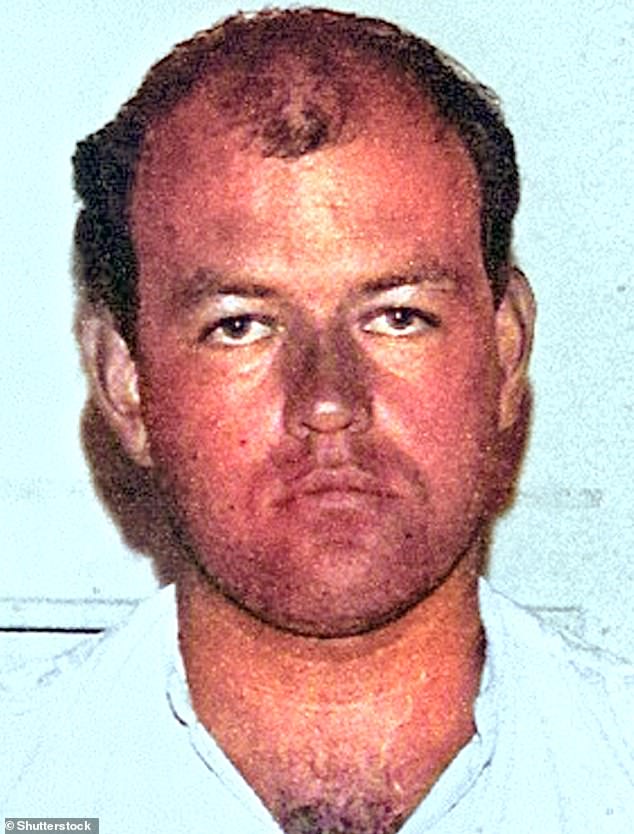 Mugshot of Colin Pitchfork, the first murderer convicted and jailed using DNA evidence, who was given a 30 year minimum sentence in 1988 for raping and murdering fifteen year old Leicestershire schoolgirls Lynda Mann and Dawn Ashworth

My role as Lord Chancellor here is limited. The Government cannot overrule the Board’s decisions, but I can ask them to reconsider if it looks like the way they reached a decision was wrong or if it’s out of step with the evidence.

After careful consideration, I will be doing that with the Pitchfork decision today. And while I can’t control the outcome of that review, we can control the level of supervision he would be given by the Probation Service if released.

He would face strict controls on his movements, have to wear a GPS tag and undergo regular polygraph testing to make sure he is being honest. If there’s any sense he poses an increased risk they wouldn’t hesitate to put him back in prison. 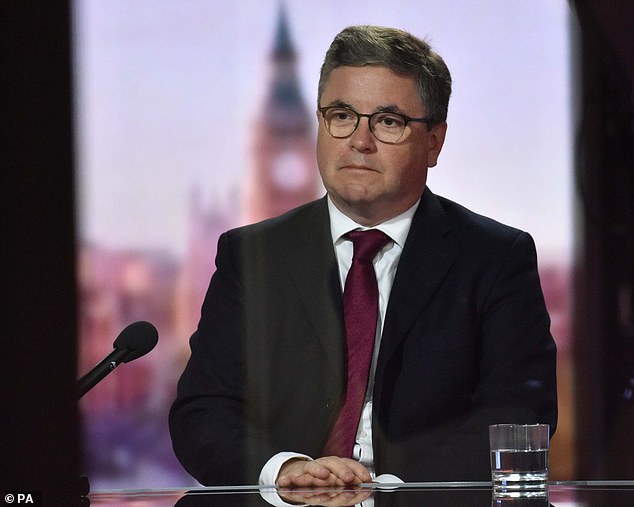 I share the frustrations of many Daily Mail readers that Colin Pitchfork could soon be out of prison. His were the gravest of crimes which left two families in unimaginable grief, writes Robert Buckland

They are unsung crimefighters with eyes trained on offenders released from prison to prevent reoffending. We’ve invested an extra £310million in probation since I took office so they can do that even better.

We’re recruiting record numbers of probation officers, with over 1,000 trainees employed last year and plans to bring in 1,500 this year. That will mean staff can spend more time supervising offenders and working with the police to share intelligence.

They will carry out more visits to offenders’ homes to protect children and partners from domestic and sexual abuse.

Three-quarters of the decisions the Board makes are to keep prisoners inside for the public’s protection.

But, occasionally, decisions like the Pitchfork one rock public confidence.

We are conducting a review of the system so it works better for victims and to restore people’s faith in its ability to keep them safe.

It will report back later this year and, in the meantime, you can rest assured that the Probation Service will now be protecting the public even better than before.

Tags: At, despair, Ministers, pla
You may also like
Recent Posts