Until dog do us part: Couple is stunned to discover their pet Rottweiler named Millie SWALLOWED their engagement ring after it was left on the coffee table

A couple’s search for their missing engagement ring has ended in an expensive trip to the vet.

Amanda Davey from Melbourne, had removed her ring and placed it on the coffee table to avoid getting it caught in her scrunchie while doing her hair.

She went to place it back on her finger when she noticed it had mysteriously disappeared with only her two-year-old Rottweiler in sight.

‘I freaked out and me and Jake flipped the house upside down but couldn’t find it,’ Ms Davey wrote on Facebook about the incident on April 5.

She and her fiance Jake Dickinson were left flustered, unsure of where the ring had disappeared. 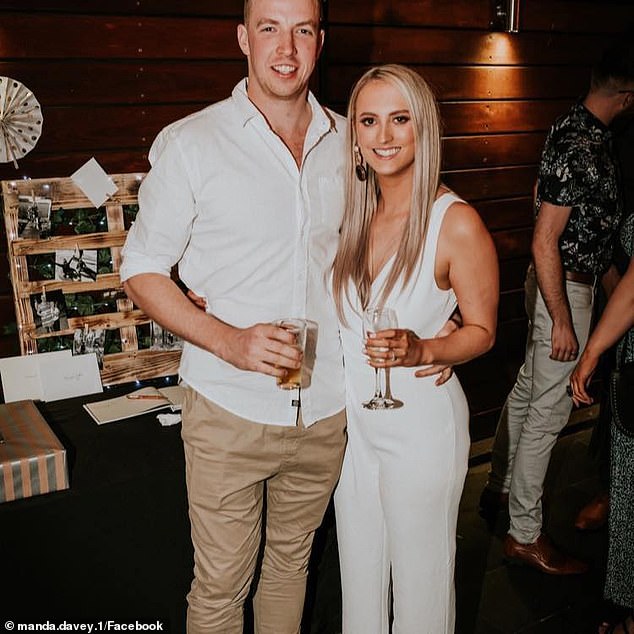 Ms Davey then noticed her pet dog Millie, was acting suspiciously and suggested she may have swallowed it.

‘I kept saying to Jake ”I reckon Millie got it” but he’s like ”nah no way”,’ she continued.

‘So I put a ring on the coffee table to see if she would go for it, and surely enough she did.’

The couple rushed Millie to the vet and an x-ray showed the  inside Millie.

‘It’s right on the edge of the x-ray, lucky we took her in, otherwise we would have missed it,’ Ms Davey told Nine News. 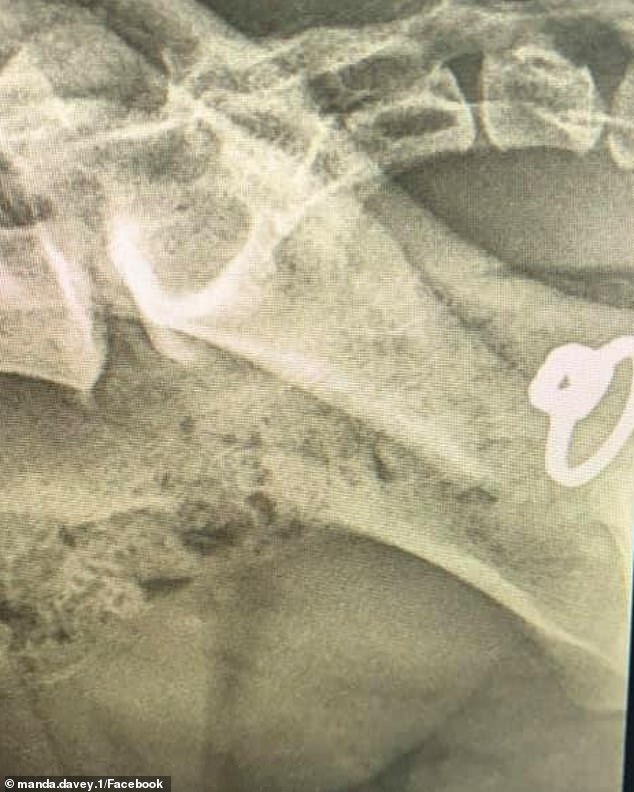 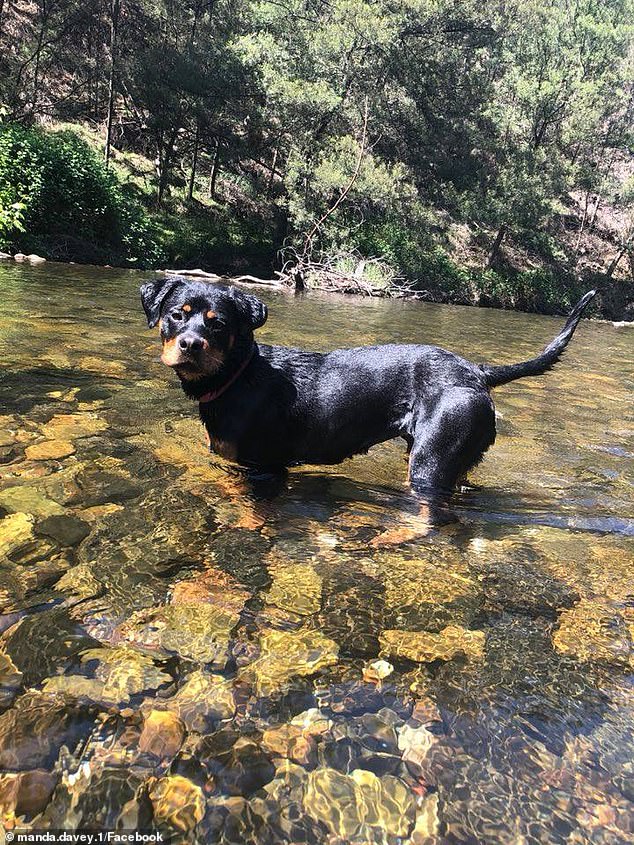 The pair then had to wait for their dog to excrete in order to find the precious engagement ring.

‘I thought I’m not leaving the property in case someone knows … we waited four hours,’ Mr Dickinson said.

‘A little shovel located it … and once I located it, I said to Amanda, ”The rest is on you”.’

Ms Davey joked on Facebook that she will be sterilising the ring for two-to-three years.