ROCK 'n' Roll pioneer Little Richard's Alabama funeral saw fans line the street as his body was taken in a white hearse to his resting place.

The legend died earlier this month at the age of 87 from bone cancer, leaving the music world mourning one of its original icons. 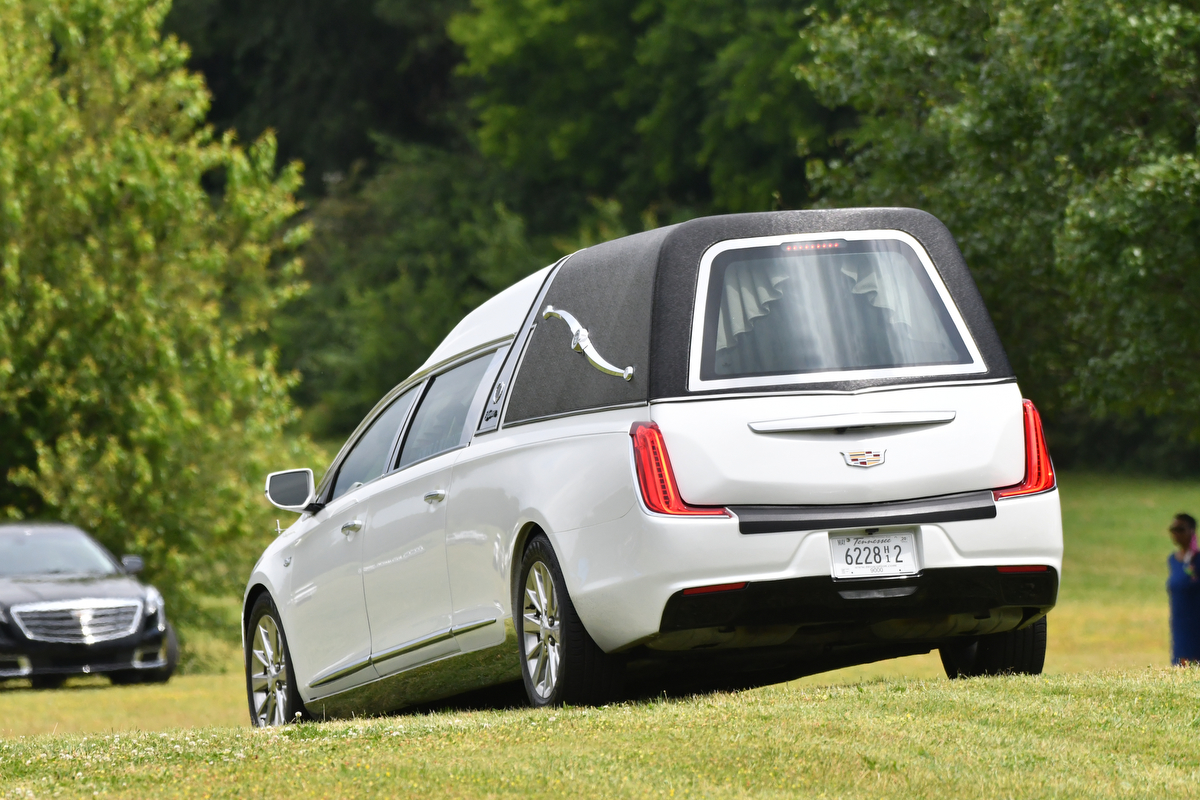 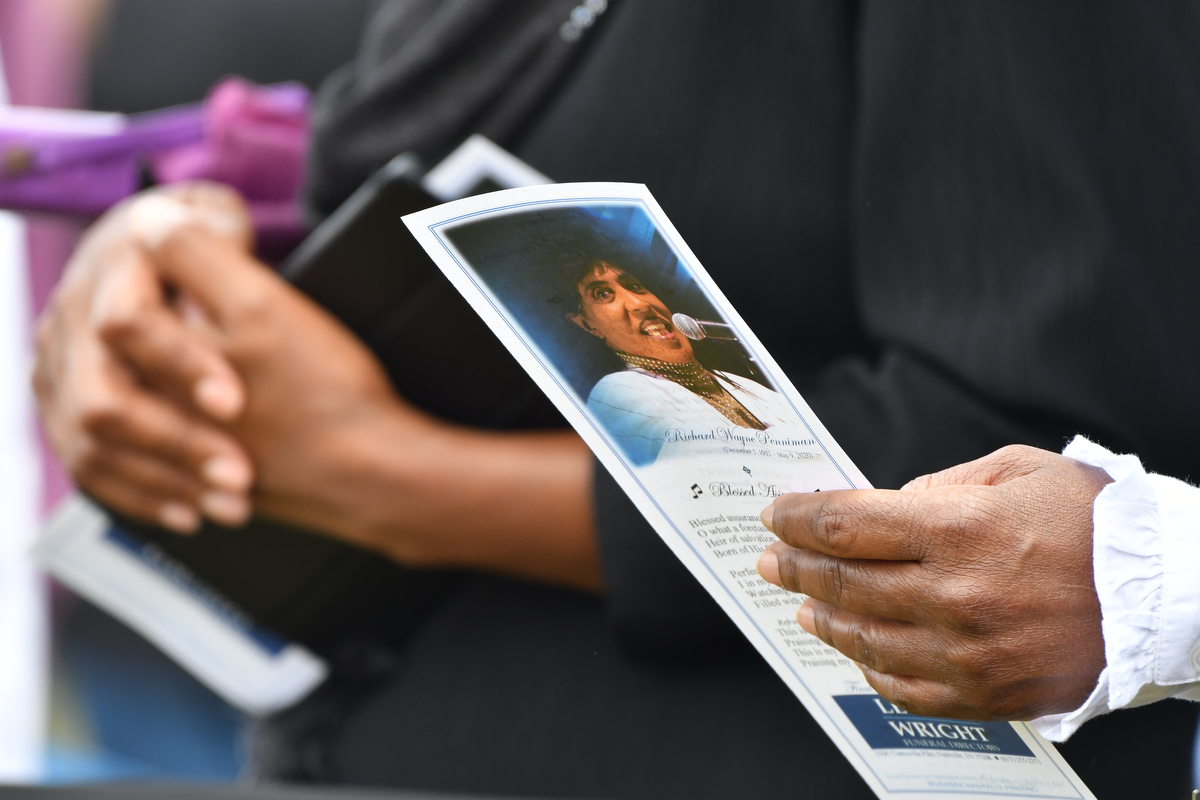 The singer was laid to rest during a private service at a cemetery owned by Oakwood University, a historically black college in Huntsville, Alabama.

Fans wearing face masks to protect themselves during the coronavirus pandemic gathered on the streets to watch the hearse enter the cemetery, with a heavy police presence in the parking lot.

"Good Golly Miss Molly," the title of one of the artist's most famous songs, was written on a traffic sign at the entrance.

As the white hearse approached the cemetery, people started taking photos on their phones. 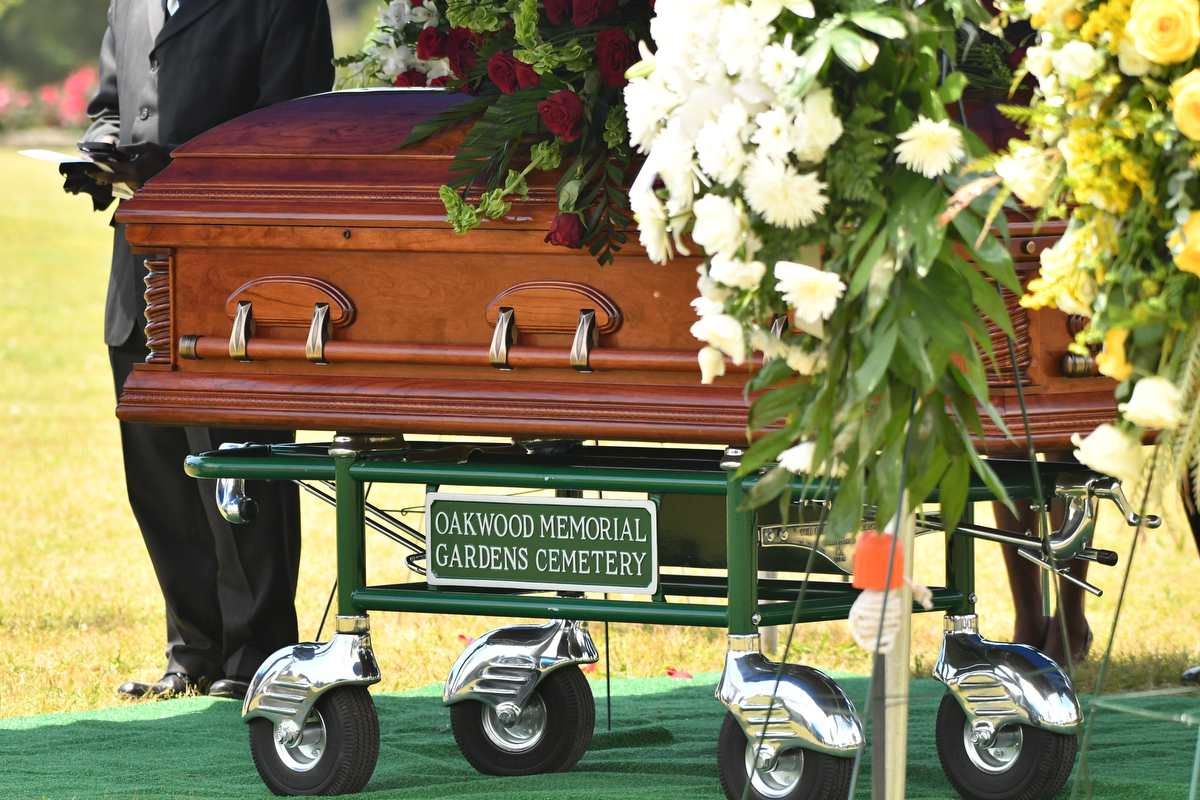 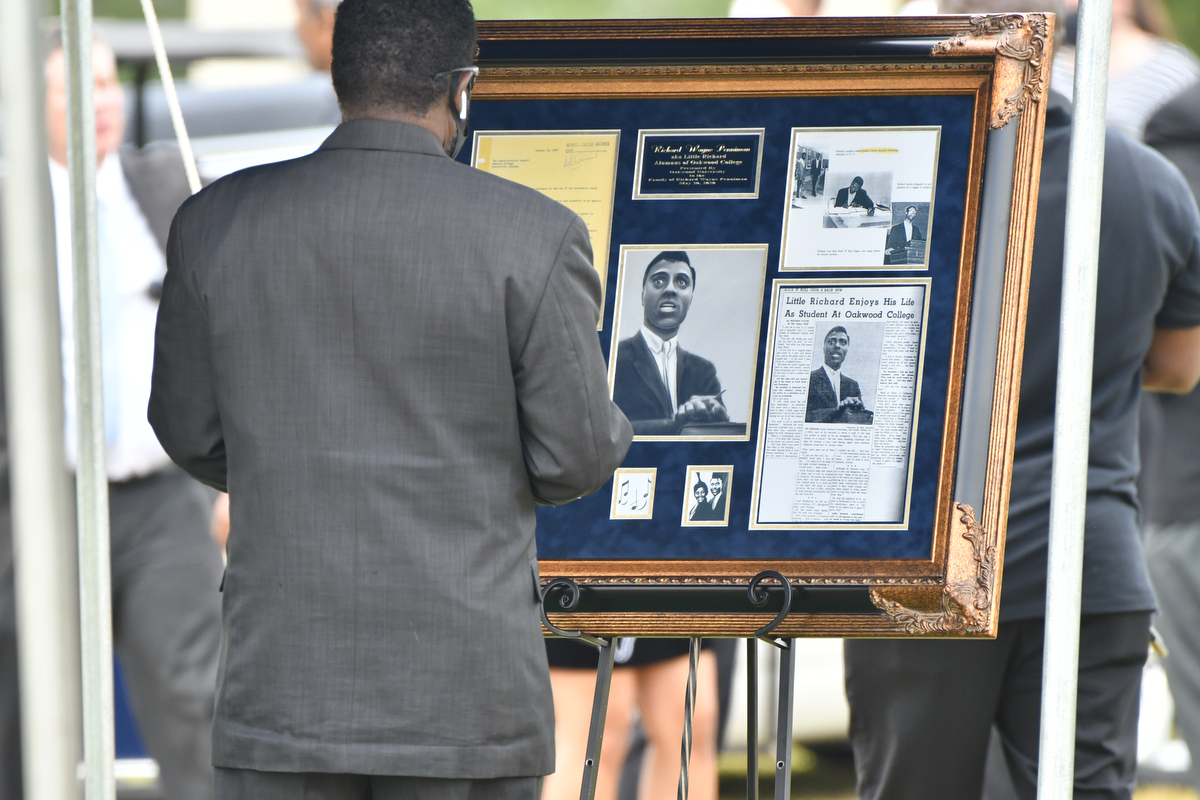 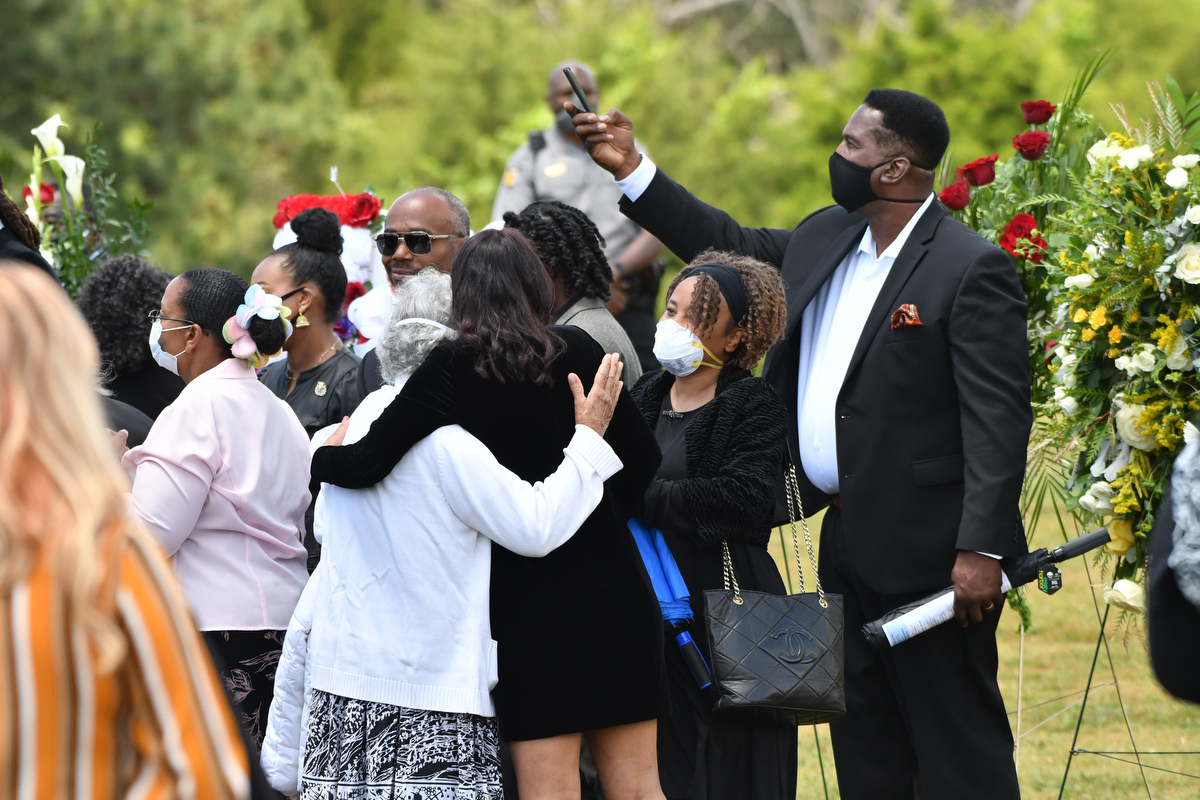 Despite the ceremony being private, dozens of Little Richard's loved ones attended.

Flowers from the service were later draped over the singer's gravesite.

After the news of Little Richard's death on May 9, Mick Jagger led tributes, saying: “He was the biggest inspiration of my early teens and his music still has the same raw electric energy when you play it now as it did when it first shot through the music scene in the ’50s.”

Mick’s Rolling Stones bandmate Keith Richards added: “So sad to hear that my old friend Little Richard has passed. He was the true spirit of Rock ’n’ Roll!” 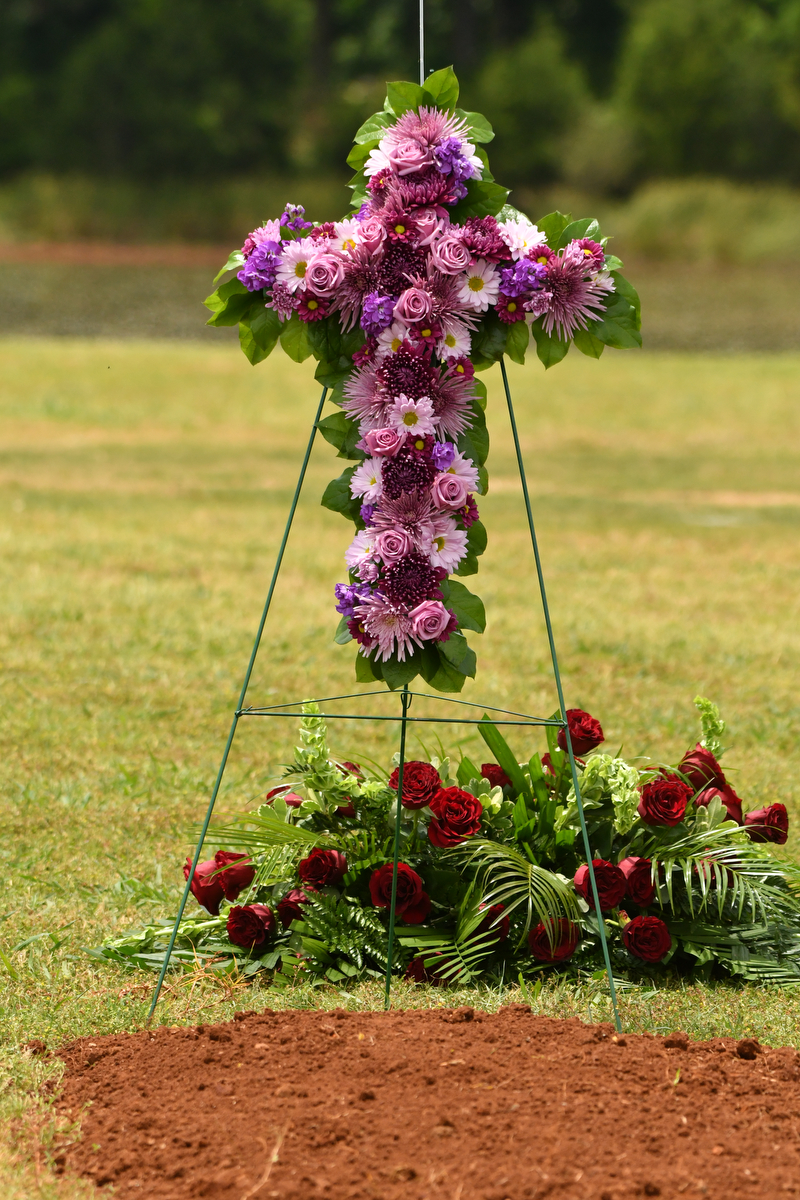 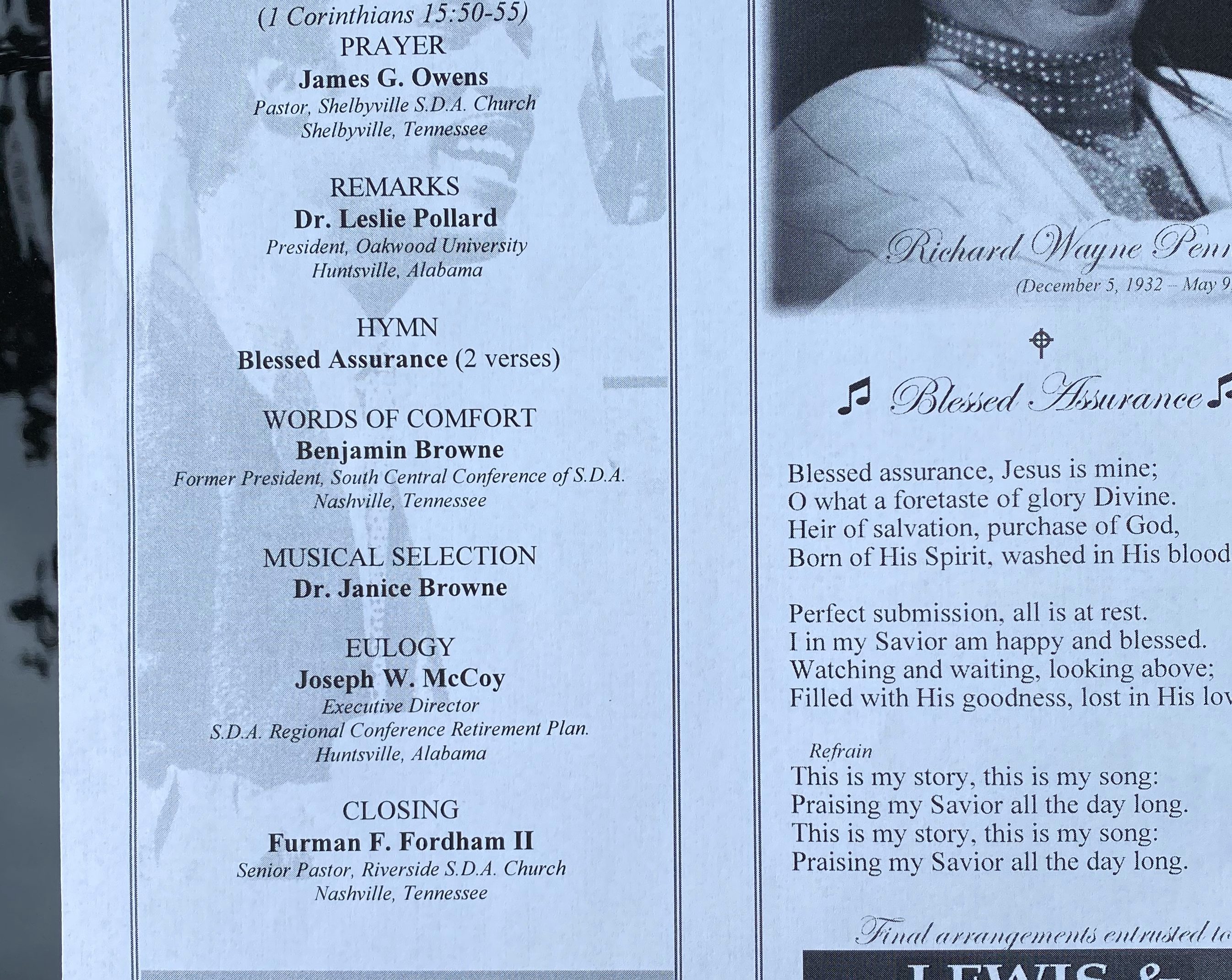 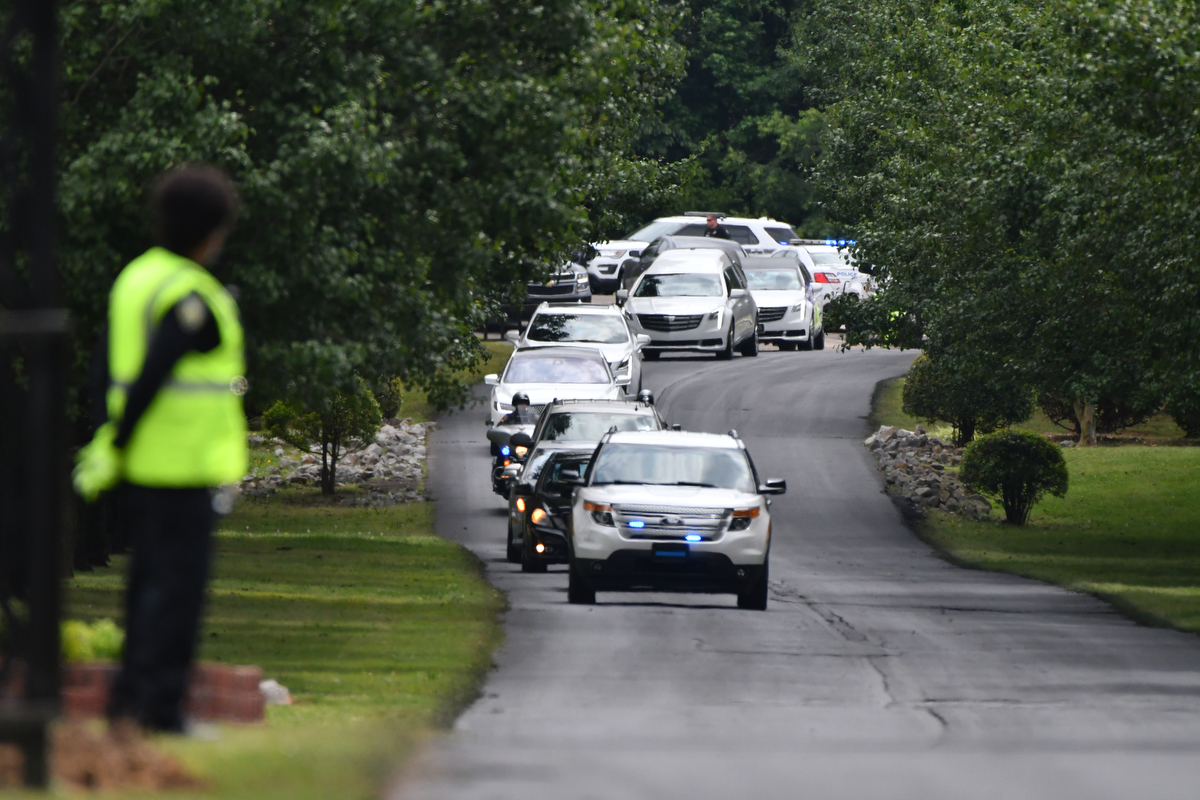 He combined the sounds of gospel and blues to create some of the first rock records.

Little Richard’s thrilling sound made him a pioneer alongside his contemporaries Chuck Berry, Fats Domino, Bo Diddley and Elvis.

He also first introduced white audiences to R&B. Rock historian Richie Unterberger said: “He was crucial in upping the voltage from high-powered R&B into the guise of rock ’n’ roll.”

The star, who performed in drag as a teen, would wear make-up on stage and have his hair up.

He was fond of saying in later years that if Elvis was the king of rock ’n’ roll, he was the queen.

Off stage, he characterised himself as gay, bisexual and “omnisexual”.

If Elvis was the king of rock 'n' roll, then I was the queen

His influence could be seen in the flamboyant showmanship of Godfather of Soul James Brown and Eighties pop megastar Prince.

On the day Paul McCartney first met John Lennon in 1957, Paul played Long Tall Sally on piano to impress him.

Music legend Bob Dylan wrote in his high school yearbook that he wanted “to join Little Richard” in later life.

In 1957, at the height of his fame, Little Richard decided to quit music. 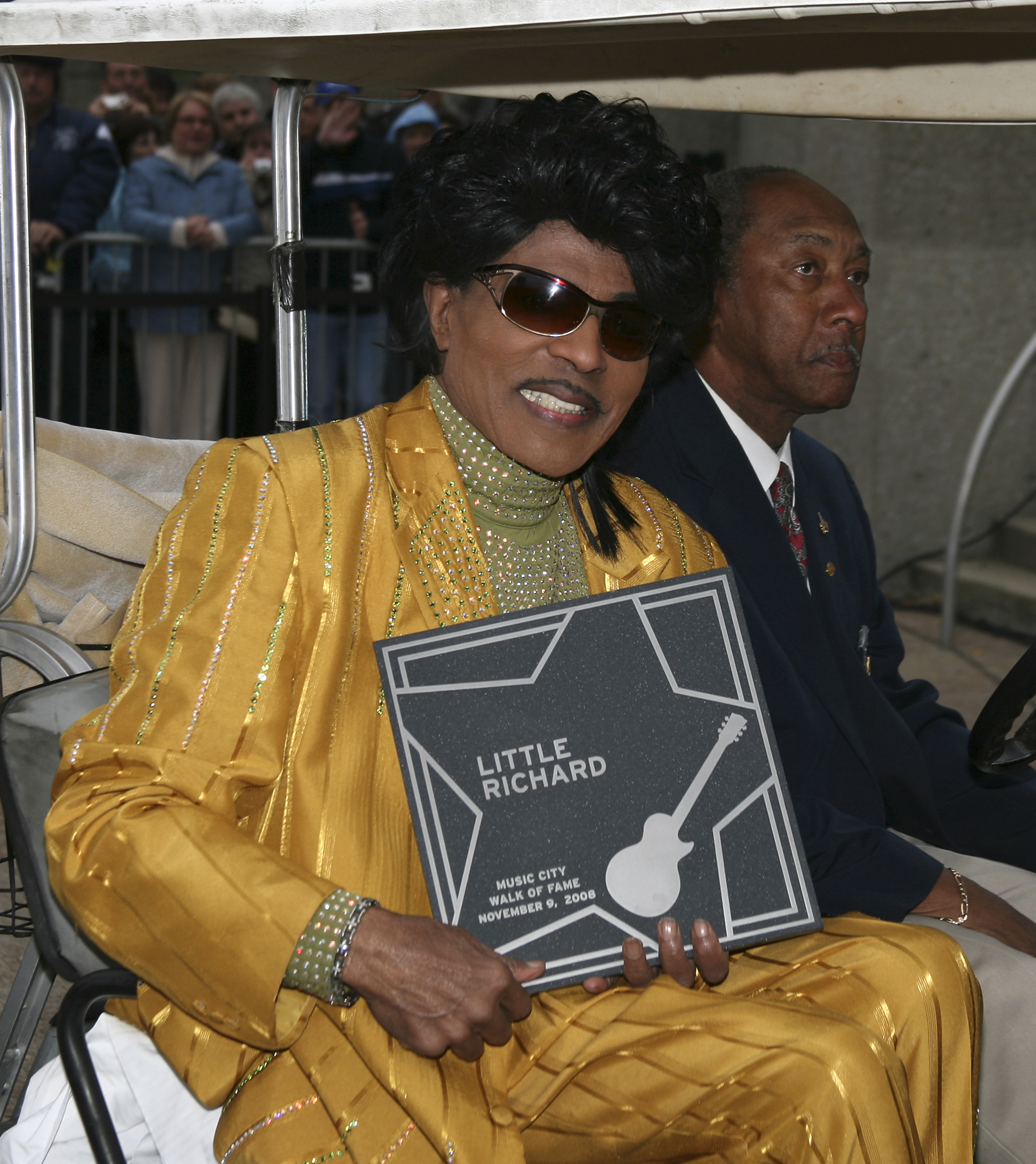 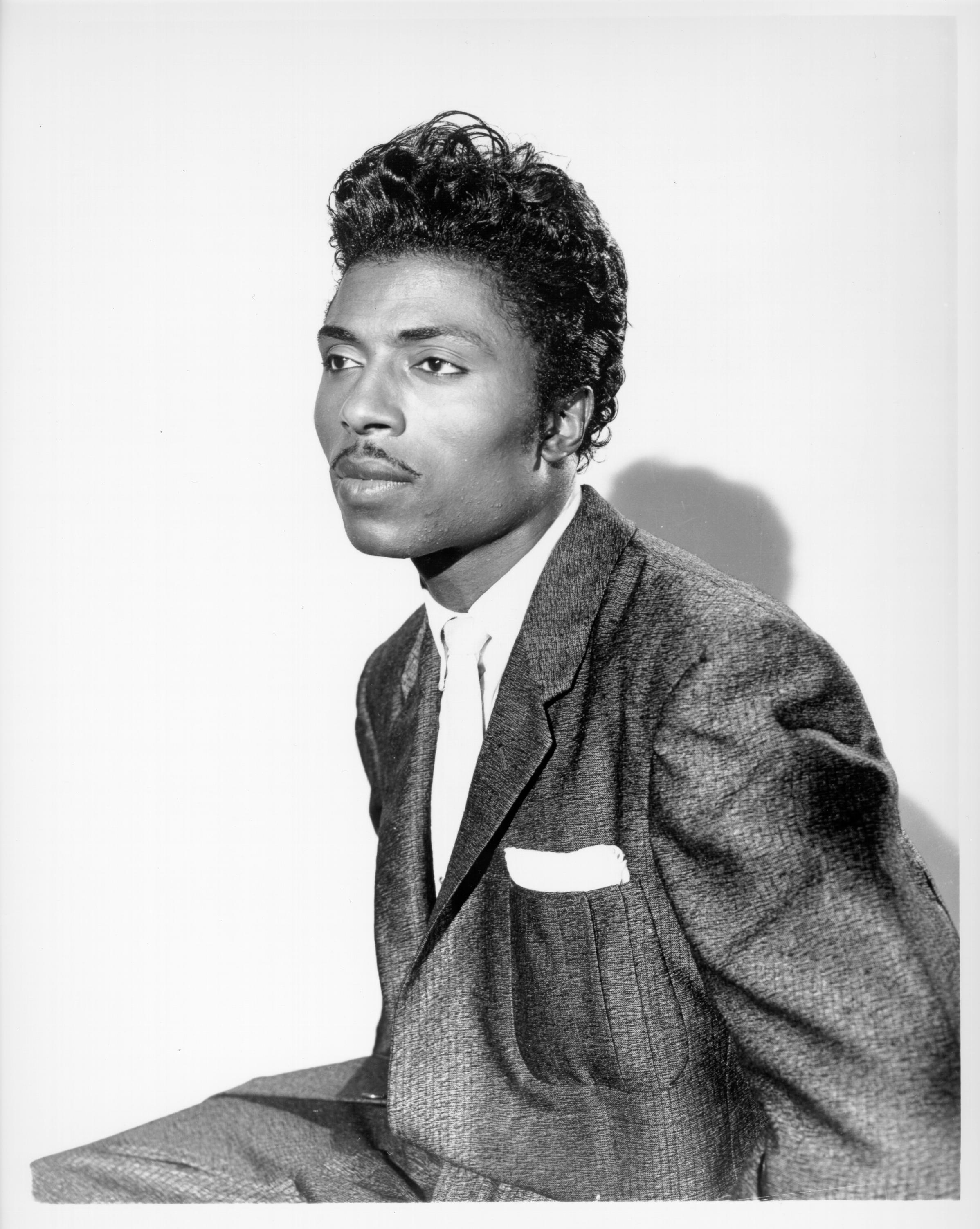 BINGES ON ALCOHOL AND COCAINE

He was under pressure from the US tax authorities and furious at the low royalty rate he was receiving — just half a cent from every record sold.

Later in life, he mused: “I don’t think I ever got what I really deserved.”

He turned his back on his raucous image and found God, travelling around the US to preach and recording gospel music.

In 1962 he was lured back to the stage and played in England, Germany and France for the next two years.

But he quit music for a second time in the 1970s after binges on alcohol and cocaine.

He appeared on stage again in the 1980s and '90s while also officiating at celebrity weddings and funerals. 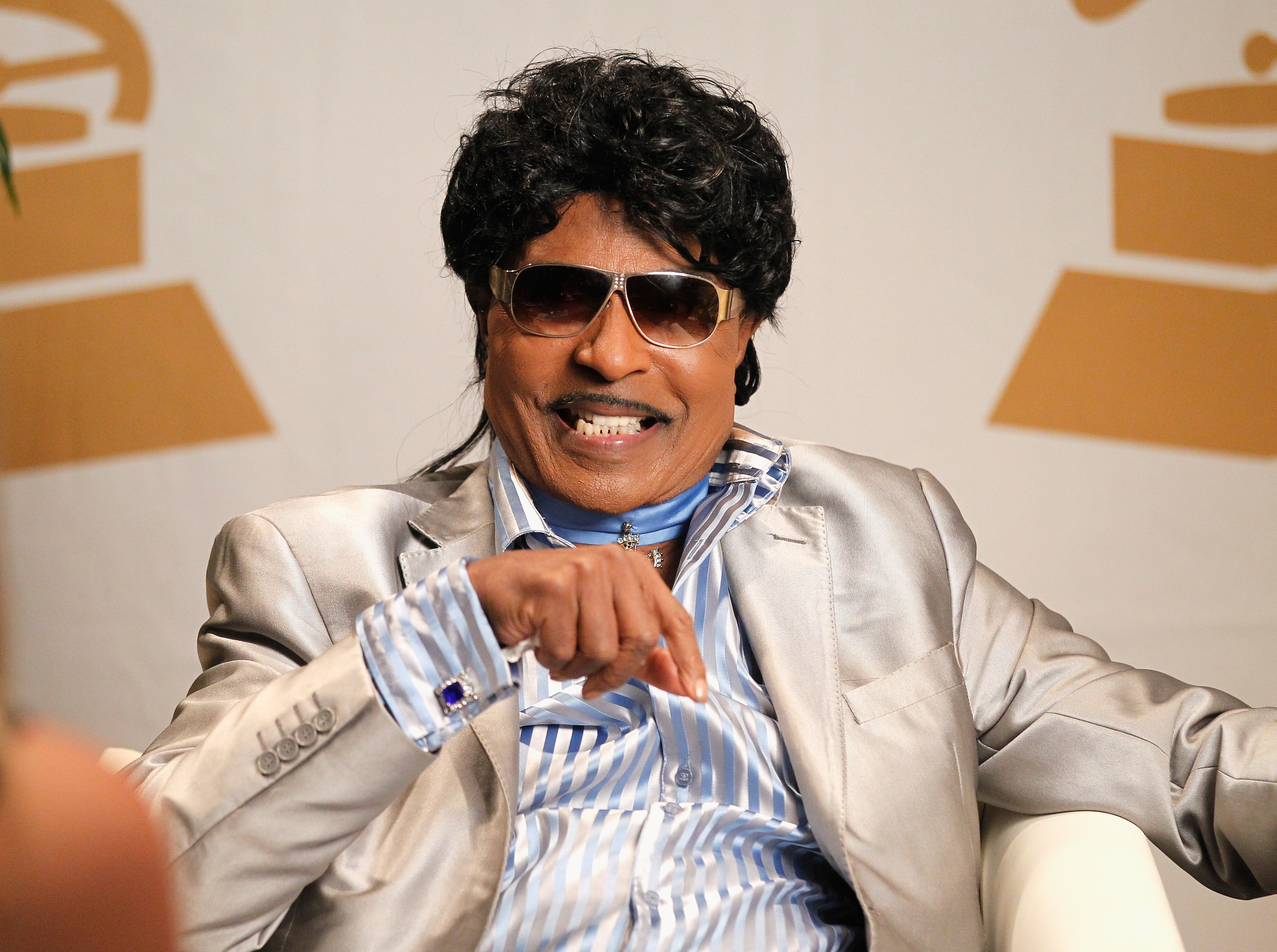 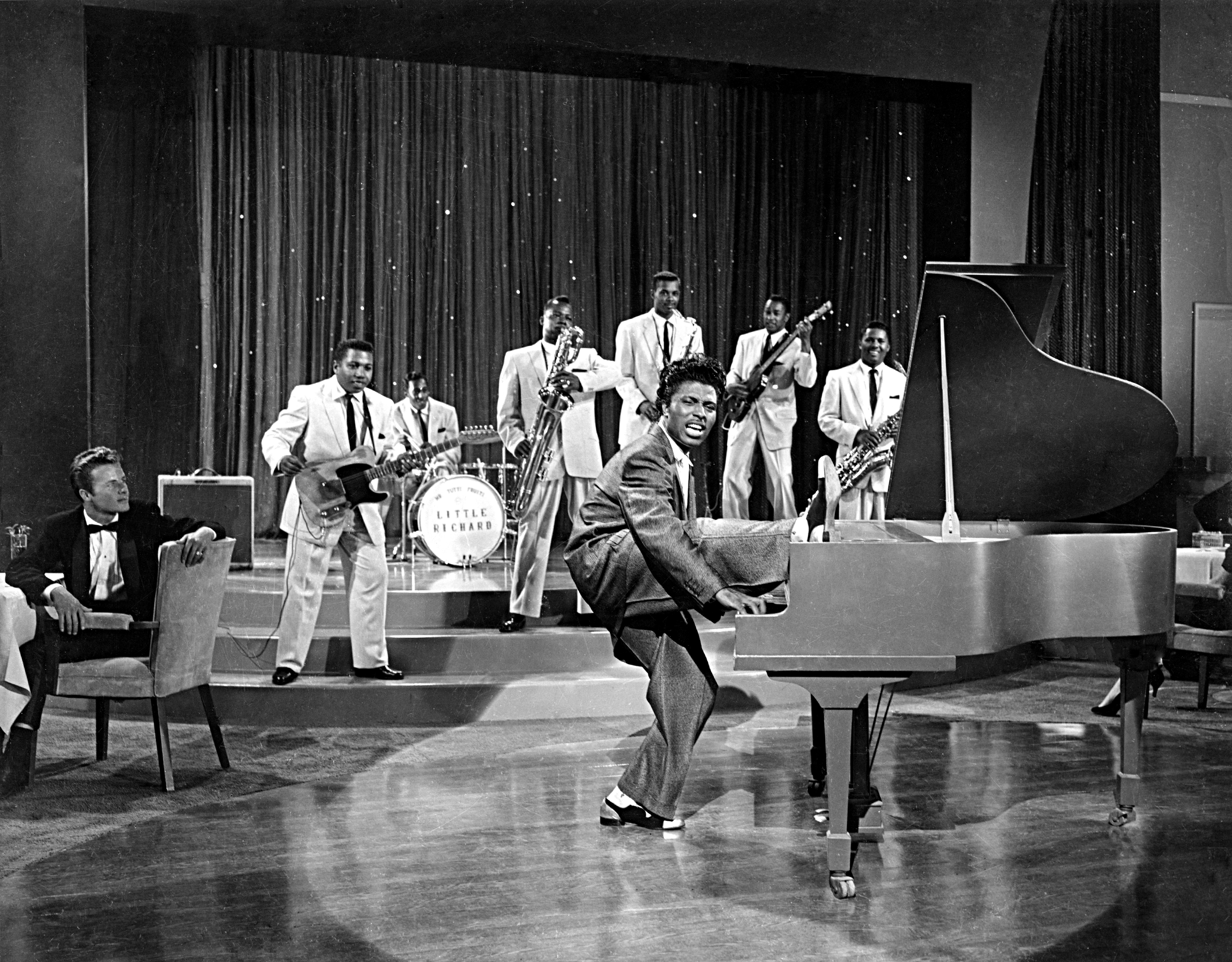 The icon was one of the ten original inductees into the Rock And Roll Hall Of Fame in 1986 and received a Lifetime Achievement Award at the Grammys in 1993. But in 2012 he abruptly ended a show in the US, saying: "I can't hardly breathe."

A year later he said he was retiring, adding: "I am done."

But he remained as self-confident as ever, once saying: "A lot of people call me the architect of rock ’n’ roll. I don’t call myself that — but I believe it’s true."

Little Richard’s agent Dick Alen said the singer had been battling cancer for "many years" but "wouldn't talk about it much." Tributes for the star poured in following his death. Broadway legend Bette Midler tweeted: "Little Richard was a genius."

But perhaps the outrageous singer who turned to God summed up his contradictory nature best in 2009.

"Although I sing rock ’n’ roll, God still loves me."