Healthy fast food brand Leon is to launch its first drive-thru restaurant, just months after the company was taken over by billionaire tycoons.

The site in West Yorkshire, described as the ‘first of many’ planned as the brand looks to expand further across the UK, will launch in autumn, creating 30 jobs.

Leon, which runs more than 70 restaurants, was bought by the Blackburn billionaire brothers, Mohsin Issa and Zuber Issa, behind EG in April in a deal reported be worth about £100 million.

It came months after the Issa brothers bought the Asda supermarket business for £6.8 billion.

The Issa brothers said the move would also be the first of ‘many, new strategic openings’ for Leon now it has secured EG’s financial backing. 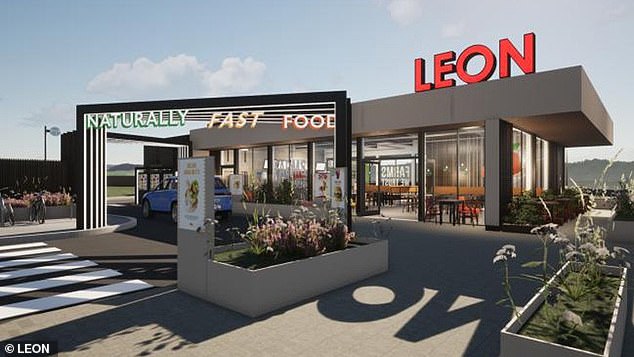 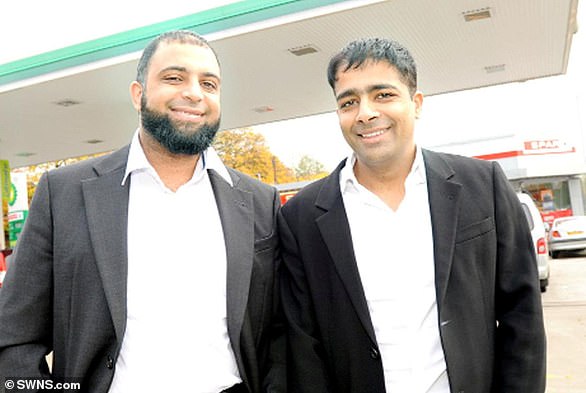 They were brought up in a terraced house after their father came to Britain to work in the textiles industry.

Four decades on, Mohsin and Zuber Issa’s journey from the back streets of Blackburn to the top of the property ladder appears complete.

Their woollen mill worker father Vali and mother Zubeda were living at a two-up, two-down terraced house on Balaclava Street in Blackburn when Mohsin and Zuber were born in the early 1970s.

Euro Garages has a partnership with a several household name brands, including Spar, Greggs, Burger King, Subway and Starbucks.

It was founded by brothers, Zuber Issa and Mohsin Issa in 2001 with a single petrol filling station in Bury, Greater Manchester.

Just 15 years ago they were working in a petrol station in Halifax, doing the stock-taking and cleaning the toilets among other things.

They took a lease on a local garage with their combined savings of £5,000 and today they control a business with an estimated value of some £3.56billion.

Investment will also be driven into the site’s ‘digital-first restaurant’, which will include kiosks for digital ordering and payments.

The owners also said it will be most sustainable Leon restaurant to date, with 100% of power sourced through renewable energy.

Nick Ayerst, managing director of the chain, said it is a ‘significant milestone’ for Leon.

He added: ‘We’ve been discussing the first Leon drive-thru with EG Group for five years now, and we’re excited to open in West Yorkshire later this year.

‘We have three other Leons in the surrounding area and we’ve received such a warm welcome from locals, who tell us they love our naturally fast food.

‘We receive lots of emails and tweets every week asking us to open even more restaurants in the north, and we hope this opening signifies that there are many more to come.’

In a joint statement, Mohsin and Zuber Issa, said: ‘Opening a Leon drive-thru concept is a landmark moment for the brand, creating a fantastic opportunity to bring Leon’s naturally fast food to even more people.

‘Our investment in Leon, together with our unparalleled operational experience of drive-thrus and access to high-quality roadside locations through our forecourts, creates new opportunities for the company and a strong platform to deliver significant growth.’

It comes just months after it emerged that the billionaire brothers are poised to make a takeover bid for struggling Caffe Nero after buying up the company’s debt.

The pair could be due to take control of the coffee chain after purchasing around £140million in loans from Swiss private equity firm Partners Group via investment bank Morgan Stanley, the Sunday Telegraph reports.

Buying up the debt pile puts the Issa brothers in a strong position for takeover if Caffe Nero defaults on the £145million of senior ranking debts due to be repaid in 2022.

The ambitious project had been faced with objections over the height of the building as well as potential noise. 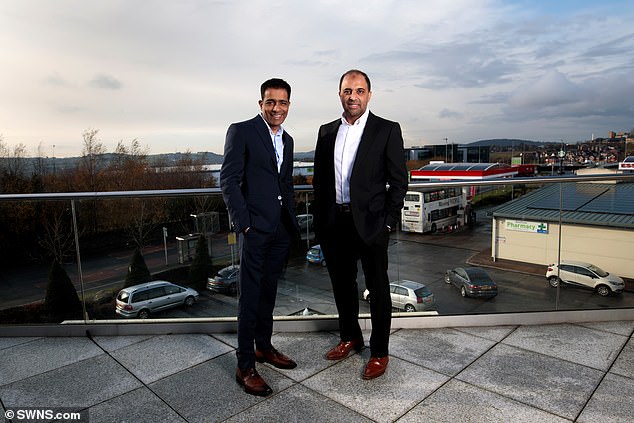 Leon, which runs more than 70 restaurants, was bought by the Blackburn billionaire brothers, Mohsin Issa and Zuber Issa, behind EG in April in a deal reported be worth about £100 million

There were also concerns regarding road safety and possible damage to trees in the area of Blackburn, where the mosque was to be built.

But Blackburn with Darwen Council approved the plans in March after the Issa Foundation agreed to address 21 issues.

The siblings, who recently bought supermarket giant Asda, said the mosque hopes to promote ‘respect, diversity and a better understanding of different cultures’.

‘Communities play an even more important role during challenging times such as these, and we are very pleased to be able to do our part to ensure the wider local community will have much needed new facilities to meet their religious and social needs.’

Tags: first, gets, launch, Leon, set, to
You may also like
Recent Posts