A K-Pop star has sparked outrage with an April Fools’ Day prank saying he had caught coronavirus and was in hospital.

Kim Jae-joong, a member of boyband JYJ, posted on his Instagram account with 1.9 million followers: ‘I have been infected with COVID-19. It is a result of my negligence, disregarding the cautionary words of the government and my friends.’

After several hours, the 34-year-old Asian pop idol edited the post in an attempt to spin his joke an attempt to raise awareness, while apologising to his fans.

‘I don’t think of this as an April Fool’s prank…I wanted to tell you that protecting yourself is protecting the precious people around you,’ Kim said. 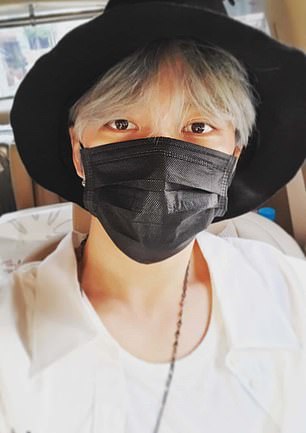 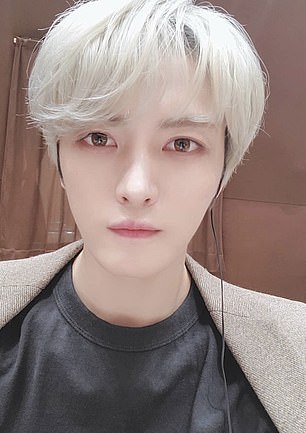 Kim Jae-joong, a member of boyband JYJ, posted on his Instagram account with 1.9 million followers: ‘I have been infected with COVID-19. It is a result of my negligence, disregarding the cautionary words of the government and my friends.’ 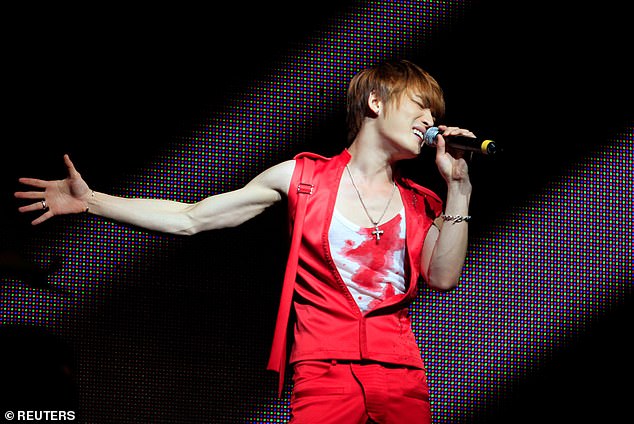 Korea has been largely successful in containing the outbreak with the number infected on Wednesday climbing by 101 to 9,887, with another eight deaths, taking the total to 169.

Health authorities had earlier warned of any pranks related to the coronavirus.

‘Today is April 1, or April Fools’ Day that originated from the West. Now is a very grave time,’ Vice Health Minister Kim Gang-lip told a briefing.

‘Again, I reiterate that we are not in the social atmosphere to accept any prank calls or misinformation.’

‘What’s wrong with Kim Jae-joong? Does he not perceive the seriousness of the situation right now?’ wrote a Twitter user. 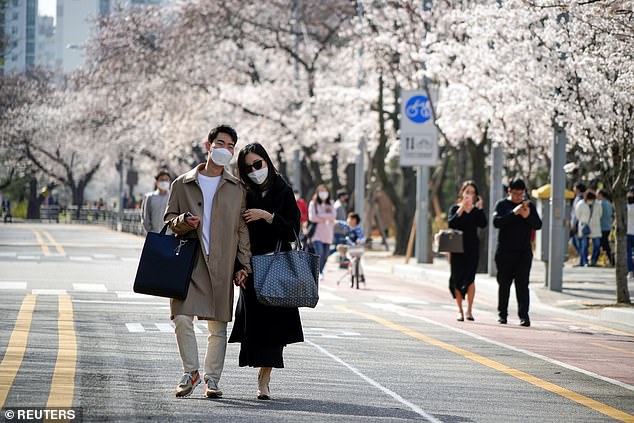 A couple takes a walk near a cherry blossom trees street, closed to avoid the spread of the coronavirus disease (COVID-19), in Seoul, South Korea, today

A KCDC official told Reuters that it was not considering any punishment for Kim.

Under South Korean law, those convicted of deceiving or deluding state officials or state agencies may be jailed for up to five years or face up to 10 million won ($8,124.14) in fines.

Kim was part of boyband TVXQ between 2003 and 2009 before leaving the group with two other members, forming the group JYJ. 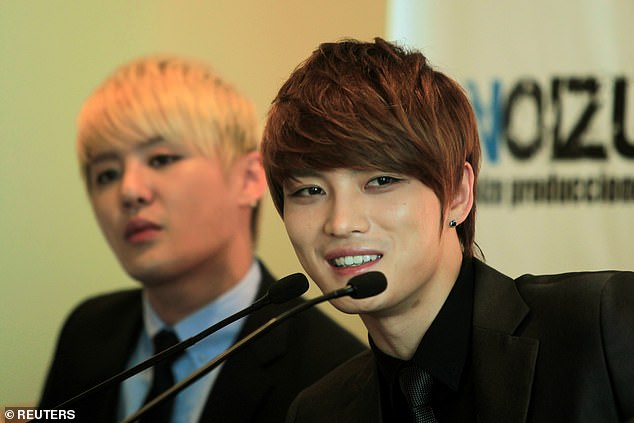 Kim Jae-joong, a member of boyband JYJ, posted on his Instagram account with 1.9 million followers (pictured in 2012)

The Korea Centers for Disease Control and Prevention (KCDC) reported 101 new cases on Wednesday, bringing the national tally to 9,887. The death toll rose by eight to 169.

South Korea has largely managed to control the epidemic and drawn worldwide praise for its rigorous testing.

The Korean pop music world is popular across Asia but has a dark underbelly. In 2019, several male K-pop stars and one of the industry’s biggest producers were questioned by police over alleged illegal gambling and prostitution.

Tags: K-POP, outrage, sparks, Star, with
You may also like
Recent Posts