Home
World News
John Stubbs’ gift and how it eases the burdens of tired, old cops

John Stubbs’ best asset as a cop was his gift of the gab. Most times he found he could talk rather than force offenders to see the error of their ways.

Which is why when he left policing in 1993 (to give his second marriage a fighting chance) he moved into real estate and property development, where the art of persuasion is the deal-clincher. 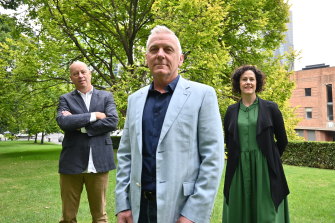 When he returned from Queensland he decided to catch up with many of his police colleagues, most long retired. What he found was some were living in quiet desperation, nursing mental wounds that time alone couldn’t heal.

There were those damaged from trauma, others who lost their identities and some who simultaneously lost their friendship and social circles.

“Some feel they are living on a desert island in total isolation,” he says.

And so Stubbs started to reach out, at first informally and finally as a volunteer peer support officer for Police Veterans Victoria.

“I started out doing this accidentally and it has sort of become a hobby. I get quite a bit out of it,” he says. “The more you search the more you find.”

The plight of police veterans is only now being recognised and no one knows the size of the problem.

When a police career ends the member usually has a function where a boss reads the service record, a Police Association representative presents a plaque and a colleague tells a few embarrassing stories before everyone jumps into the booze. And that is that, whether you have served a few months or 40 years. You are on your own.

As a police officer the badge gives you the authority to tell people what to do. You lift your hand while standing on the road and people stop. You carry a gun and a badge and most look to you to lead in a crisis.

Many police leave the job to enter other professions or enjoy retirement. A generous superannuation scheme means most are left financially comfortable.

There is a group of ex-homicide detectives who meet occasionally for lunch. One renovates homes, another drives sports cars while another spends half the year in the south of France. Of their predecessors one travels almost full-time in a luxury van, another spends more time on the golf course than Tiger Woods while the third played Santa at a shopping centre. Yet another has supercharged the grey nomad concept, circumnavigating the world twice with his wife on their motorbike.

Then there are the tragedies. The taskforce chief who shot and killed his neighbour before turning the gun on himself. The popular investigator who started the day tending his garden and ended it dead in the garage.

The squad boss who loved a drink and a laugh who saw retirement as a slow death until he quickened the process at his own hand. The police hero who most thought was over the worst until he killed himself and the ex-senior policeman who, facing a terminal illness, simply blew himself up.

Years ago I wandered through a new Melbourne five-star hotel. It was near midnight when I spotted a retired senior policeman running the security team. I asked him what on earth he was doing. He responded: “I was falling asleep at home watching the midday movie. I need something to do.”

He died of a massive heart attack a few months later. In his pocket was the police badge he was supposed to return on retirement, which he had declared missing just weeks before he left. To him it was his identity.

There is the former Special Operations Group policeman who thought he had left the life-and-death nature of his job. Then 17 years later he came upon a scene that woke his demons.

I have seen larger-than-life police who after retirement seem physically and mentally diminished. It is as if their professional armour – the detective’s dark suit or the blue uniform – has been ripped away, leaving them hopelessly exposed.

For years David McGowan worked at the sharp end, particularly during a stint in the armed robbery squad when stick-up teams hit banks and armoured vans with military precision. When he left policing in 2000 (ironically to work in banking and finance) he felt a sense of loss that took months to overcome.

Recently appointed the Executive Officer of Police Veterans Victoria, he says no one knows how many retired police are out there. They have 3500 on their list but there may be as many as 20,000 living anonymously. Most are likely to have successfully progressed to another stage of their lives but there are some, he says, who desperately need help.

So far Police Veterans have enlisted 62 volunteer peer group support officers with another 20 undergoing training. Those who need help may be referred by friends, serving police and mental health experts. They are assessed and assigned a support officer “buddy”.

McGowan says they have found retired police living on the streets and in cars and some who “don’t know where to go and are completely lost … There are those who feel completely irrelevant.”

Some feel angry, believing they have been abandoned by the job that dominated their lives for years. Police have an expression for the condition: “There is nothing more ex than an ex.”

An example is Cliff Lockwood, the policeman whose life spiralled out of control after he was charged with murder. 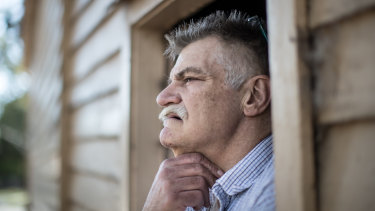 Cliff Lockwood at his home.Credit:Jason South

In 1989 Lockwood fired seven shots at Gary Abdallah in a Carlton flat. Abdallah was part of a gang linked to the murders of police officers Stephen Tynan and Damian Eyre in Walsh Street in October 1988.

Lockwood was acquitted after a jury accepted Abdallah threatened him with an imitation firearm. He quit policing, went to the Northern Territory and eventually was jailed on drug charges. He returned to country Victoria, where he struggles with anxiety and depression. Stubbs, his ex-sergeant, wrote to Lockwood in prison. “Ex-members who end up in prison are usually dumped by former friends,” he says.

“Cliff was a great crook-catcher who was so committed to the job he would sleep in the office between shifts.”

Stubbs found out where Lockwood lived, drove to the country town and wouldn’t leave until his ex-colleague agreed to see him. Stubbs organised professional assistance and a maintenance day where former police helped repair his home. It was more than a working bee; it showed Lockwood he wasn’t forgotten. 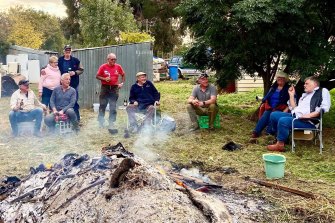 McGowan says Police Veterans is an organisation designed to help ex-members whether they served for decades or days. He says they are discovering many that need help were not in the police force for a lengthy career. “It is troubling to find people who were not long in are suffering now.”

There can be no greater example than Kenneth McNeil, who graduated dux of his recruit class on January 28, 1974, seemingly destined for a long and satisfying career. The commandant wrote he was a “quiet but extremely competent member”. 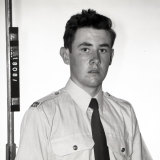 Other assessments included “will prove an asset to the service and could go far … should develop into a highly efficient member … should show out in the future”.

Less than four months later his career was finished after he received severe injuries on duty that left him disabled for life.

Directing traffic on a rainy day in the city his cape caught a tram, smashing his skull and resulting in a permanent brain injury.

Because he was in the police force for such a short time he didn’t have a professional network and when released as medically unfit it was left to his parents to care for him. When they died he wandered the streets bewildered and alone. Only a few locals knew he was a former police officer.

In February 2002, police conducting a welfare check found McNeil’s body in the family’s Malvern home. He was 47.

There were 18 mourners at the funeral – friends of the celebrant and two serving police.

This is not just a case of trying to help struggling police veterans, it is also about helping former police keep in touch with their friends and their past, in the way the RSL remains a central hub for ex-military members.

Police Veterans was contacted by someone visiting an elderly relative at a nursing home who had noticed a man in his 80s who had outlived his family and was existing in near-isolation.

“He is an ex-member and when we contacted him he said all he wanted was some back copies of Police Life. We organised that and the local police have started to pop in to see him. I think now he wants to rejoin the job,” says McGowan.

Police Veterans is working with Victoria University to research the impact on partners of ex-police. One wife says she steels herself every time she returns home, expecting to find her husband has taken his own life.

Others report that partners who during their working lives were caring, responsible spouses have become anxious, depressed, controlling and, in some cases, violent. McGowan says police veterans deserve the same government support offered to retired military. “We went to our own sort of war every day.”

Tags: and, e, gift, How, it, John, Stubbs’
You may also like
Recent Posts