PRESIDENT Joe Biden delivered his first formal address to Congress on Wednesday night, declaring "America is on the move again" as he laid out his bold vision for reshaping U.S. society.

Earlier in the day, the Biden administration released the second part of its economic plan, which proposes $1.8 trillion in new spending that will focus on American families. 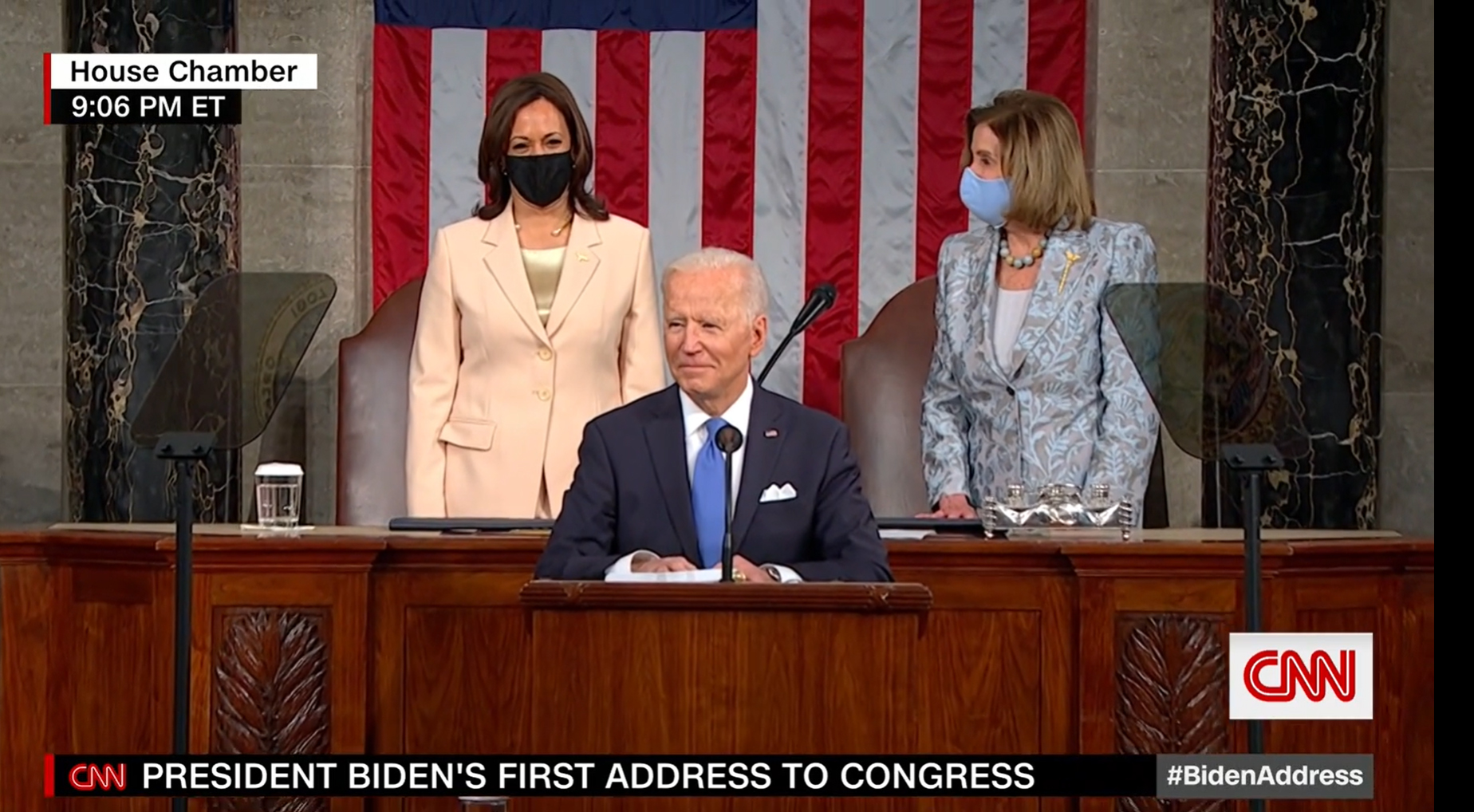 The announcement comes after the administration released the first part of its spending plan in late March – a $2.3 trillion package that would focus on infrastructure spending.

It is these two topics – infrastructure and American families – that would form the backbone of the President's speech, focusing on an economic safety net, education and the government-created jobs.

Biden says his vision of public benefits would be financed by higher taxes on the richest Americans.

However, the president faces a Congress that remains divided – especially when it comes to increased government spending, which has been a hot topic during the coronavirus pandemic.

Wednesday's night's speech was the first time in American history that the two officials standing behind the president during such an event were women.

Biden, who served in Congress for 36 years, stood in front of Vice President Kamala Harris and House Speaker Nancy Pelosi as he addressed the nation.

"Good to be back," Biden began, as the chamber gave him a round of applause.