Is coronavirus about to take hold in India? Country records highest number of deaths in a day so far with 35

India has recorded its biggest jump in coronavirus deaths so far as 35 more people were added to the death toll today.

The latest fatalities bring the total for the country to 149 deaths, of which 64 were in the state of Maharashtra which includes Mumbai.

The country has recorded 5,194 cases of the virus, an increase of 405 from yesterday’s 4,789 which again marks the biggest jump so far, Indian media says.

Experts warn that the real numbers are likely to be far higher, with India carrying out little testing of its 1.3billion population. 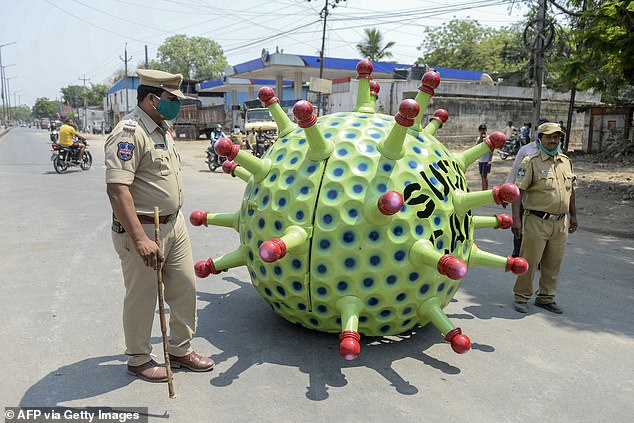 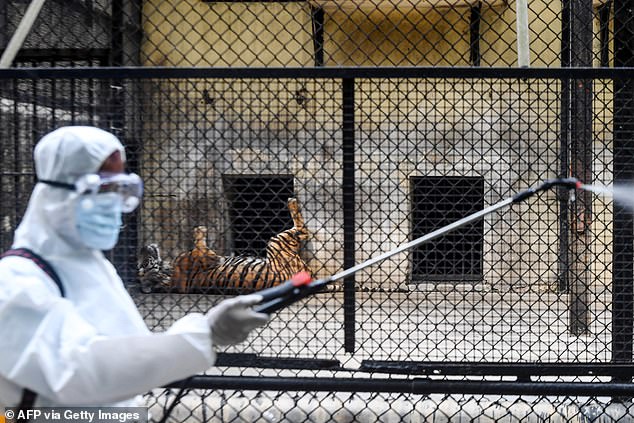 A health worker wearing a mask, goggles and protective suit carries out disinfection work at a tiger enclosure in Kolkata yesterday

Prime minister Narendra Modi declared a three-week lockdown in March which officially ends on April 14, but may be extended.

Mumbai is set to prolong its own lockdown measures until at least the end of April as authorities race to expand testing.

The city of more than 20million has become India’s main coronavirus breeding ground, with 782 cases and 50 deaths in the metropolis and its suburbs.

‘In Mumbai cases are rising too fast. In just 24 hours one hundred cases were reported on Tuesday,’ said a senior state government official.

The extension of the lockdown for was necessary to stop the virus spreading in one of the world’s most densely populated cities, the official hub.

Mumbai is the capital of Maharashtra, which is the only Indian state to record more than 1,000 infections so far.

A major private hospital in the city was shut to new patients and declared a containment zone on Monday after 26 nurses and three doctors tested positive. 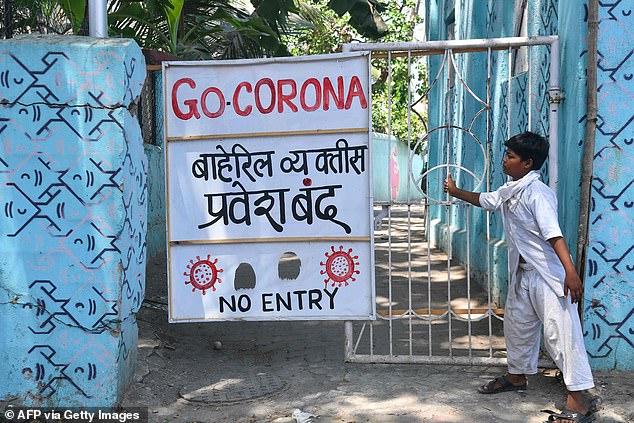 A sign in front of a residential area warning people not to enter because of coronavirus. Some people in quarantine say they feel their homes have become ‘like a zoo’ 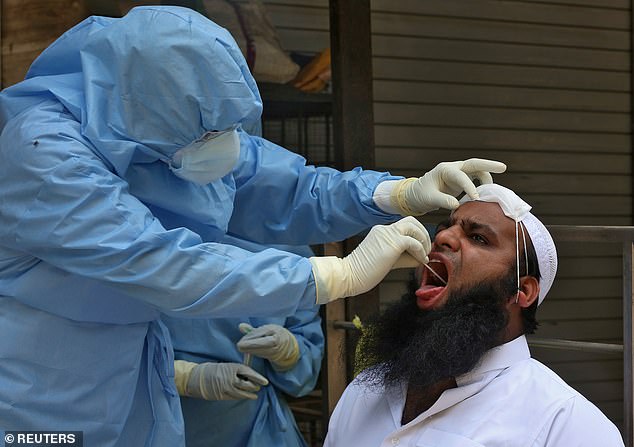 ‘They were thinking that if the staff wore protective gear, family members of Covid-19 patients would get scared,’ he said.

The Wockhardt hospital released a statement saying that the source was an asymptomatic 70-year-old patient who had suffered a cardiac emergency.

The statement said ‘hospital staff were unknowingly exposed to the infection in the time period’ before the patient was tested for coronavirus. The hospital did not address the claims of failing to protect staff.

In some places, officials have put up signs on the properties of quarantined people to warn others to stay away.

Bharat Dhingra, who is in quarantine in Delhi, told BBC News that ‘our house has become like a zoo’ because of the signs.

‘People stop to take pictures when they pass by. Our neighbours tell us to go inside even when we step out into our balcony for a minute,’ he said.

‘Government officials have been very nice to us, but it’s the attitude of some people that hurts.’

Another couple said they had been ‘completely shunned by the community’ after going into a precautionary quarantine.