A large fire broke out in a building in Paris on Saturday morning near the Place de L’Opera square.

The building on Boulevard des Capucines, near the Place de L’Opera square, erupted into flames and sent clouds of smoke rising into the air.

In a statement on Twitter the Prefecture de Police said: ‘Firemen are intervening, avoid the area.’

The fire took hold in a building situated between the 2nd and 9th arrondissement of Paris this morning.

A video posted on Twitter shows the blaze taking hold of the block and claims 100 firefighters have been enlisted to tackle it.

The post also says the fire has been deemed violent and began in an office block, according to M6 Info.

It was not immediately clear what the cause of the fire was. 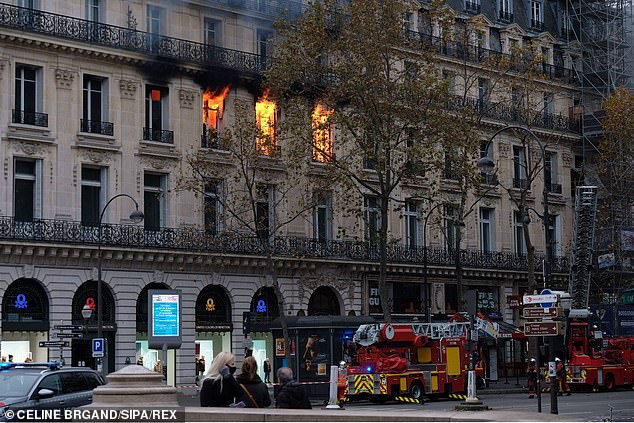 A large fire broke out in a building on Boulevard des Capucines, near the Place de L’Opera Square 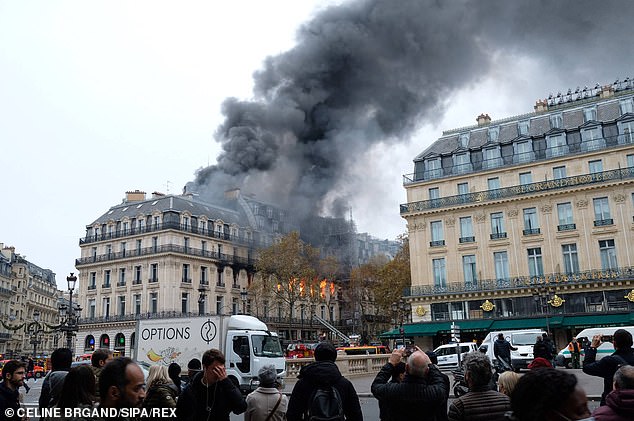 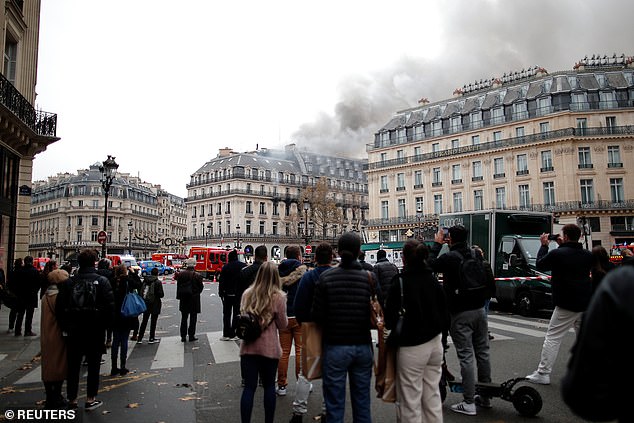 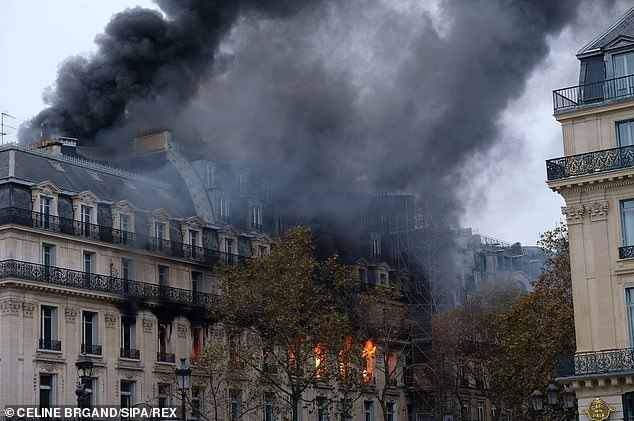 Tags: blaze, buildi, Huge, Rips, through
You may also like
Recent Posts