VIDEO of a police chase shows the horrifying moment a suspect allegedly threw his two-month-old baby at cops in an effort to escape. 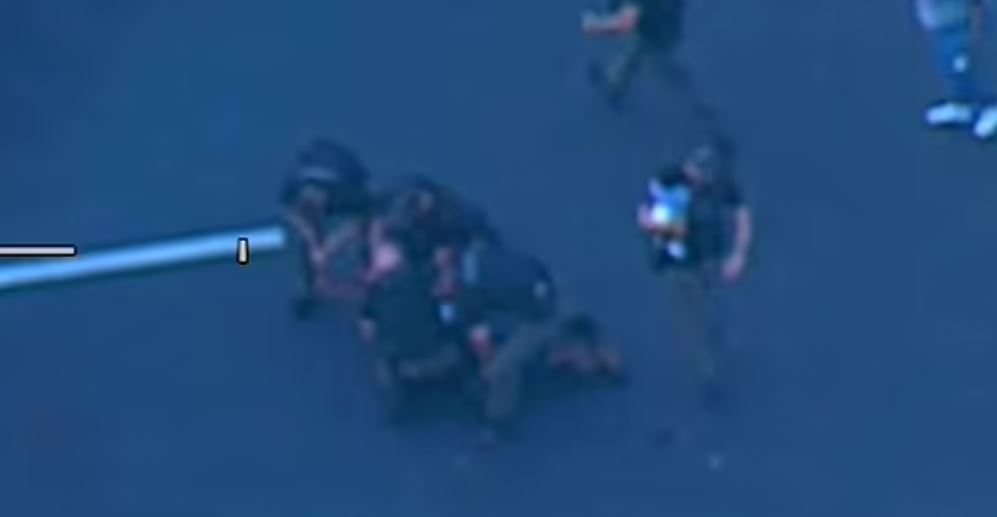 Footage from a police helicopter shows the deputy clutching the baby as other cops struggle with the suspect on the ground in Vero Beach, Florida.

The child was reportedly unharmed after the deputy was able to hang on safely.

"I’ve seen some crazy stuff but this is definitely up there," Curby told CBS News 12.

"It wasn’t a nice underhand handoff from a foot away – it was a throw."

He added: "I couldn’t chase him, I couldn’t tackle him, not a whole lot I can do because he had the baby.

"Luckily we were able to get the baby from him before he did trip and fall." 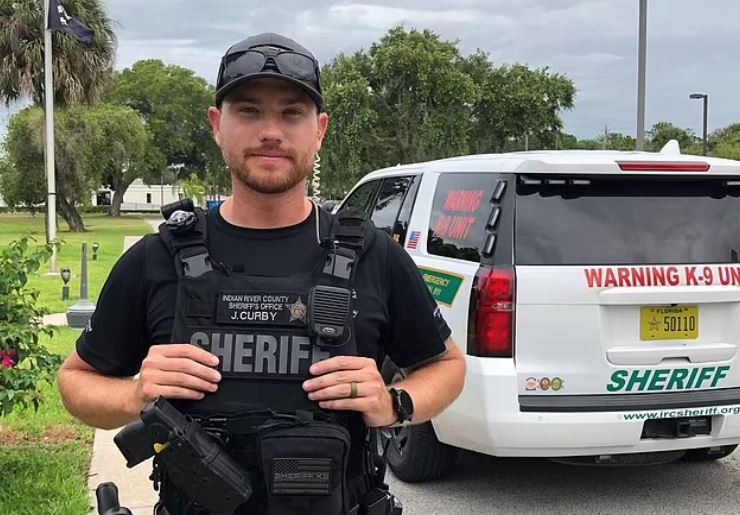 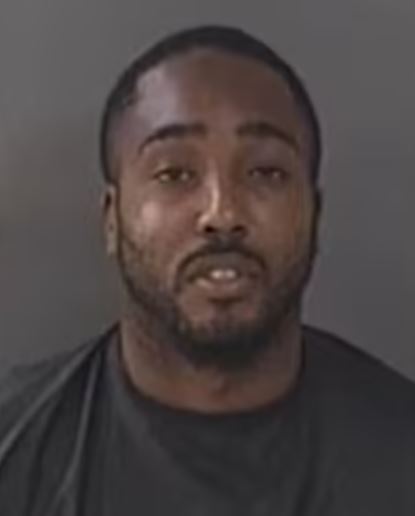 It came after a high-speed car chase for more than 40 minutes through residential neighborhoods in Gifford.

The white Nissan Rogue dodged roadblocks and a stop stick device, and rammed a detective's unmarked patrol car during the pursuit.

Deputies decided to hang back because of the danger to the public, instead tracking the Nissan from the air.

They eventually boxed in the suspect's car outside an apartment block near Vero airport.

As the driver fled on foot, a woman can be heard crying: "He's got a baby!" 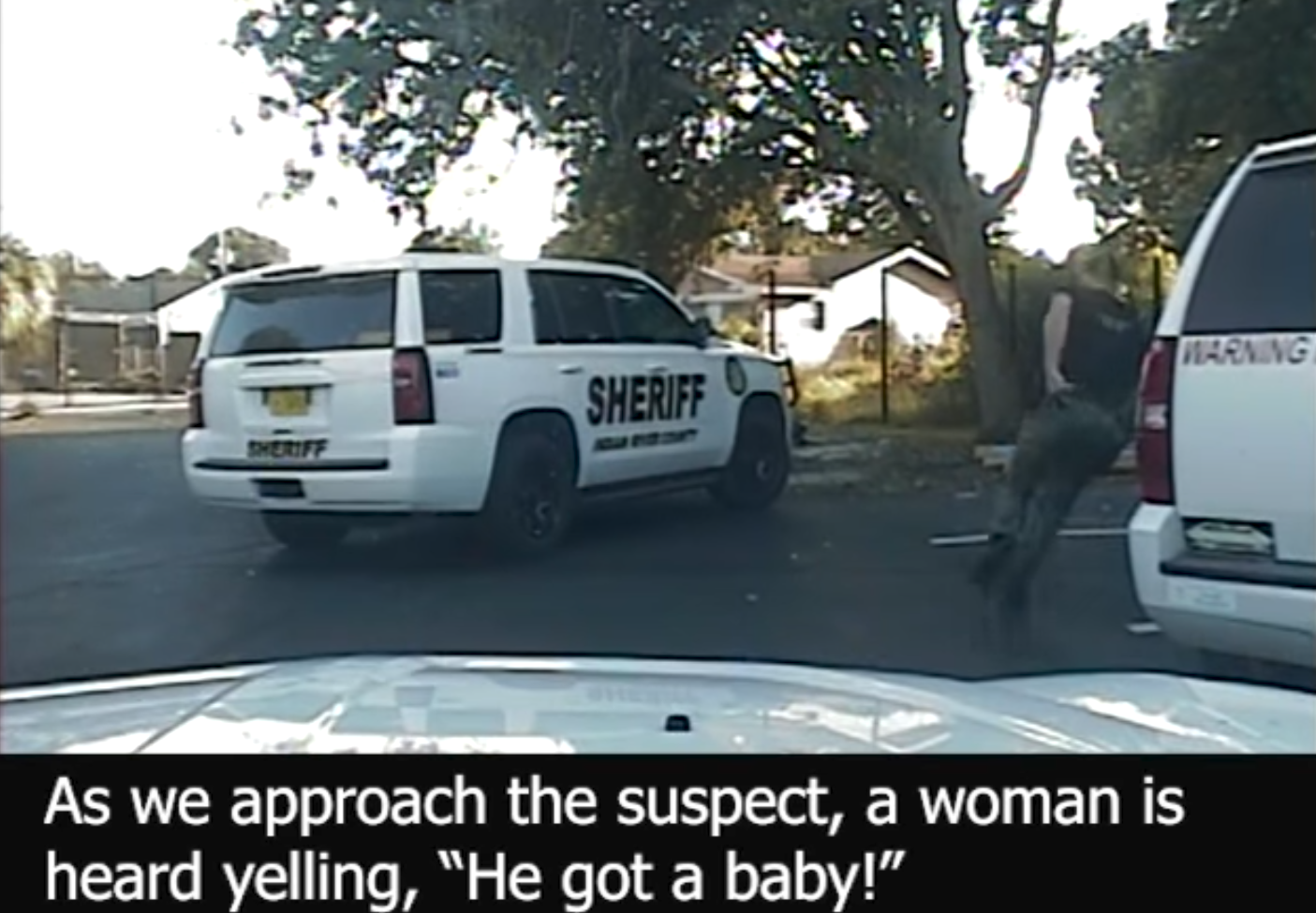 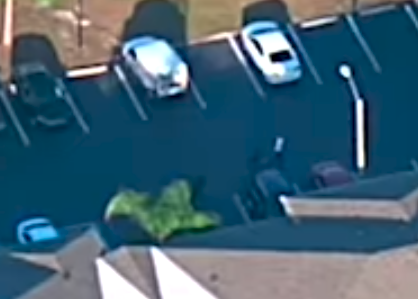 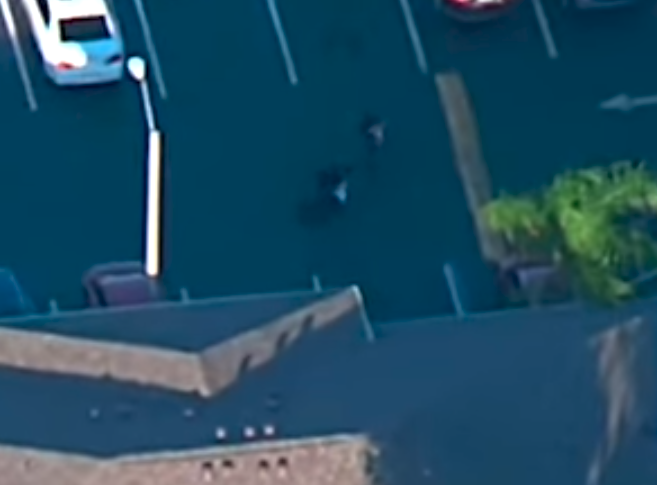 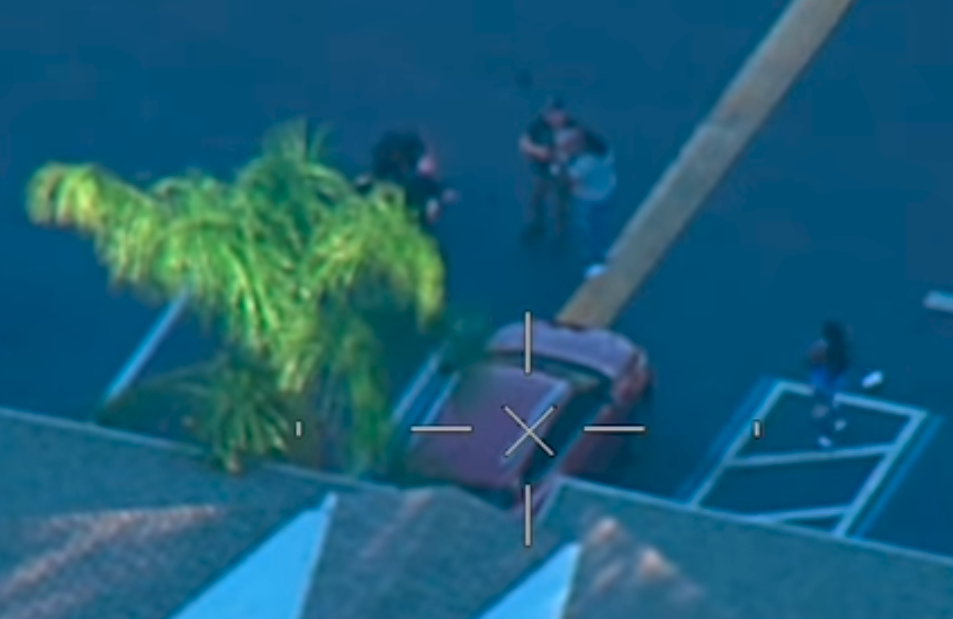 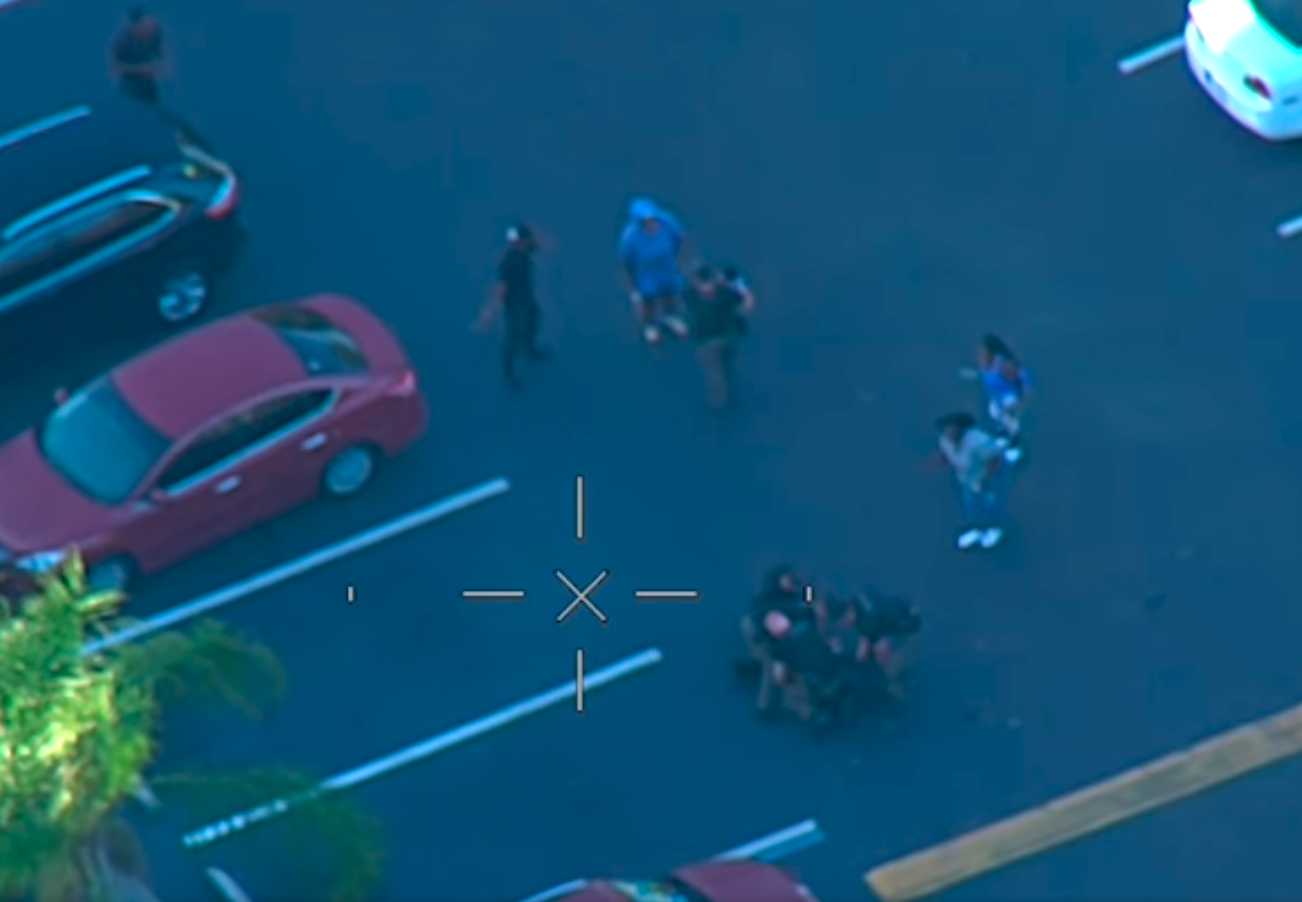 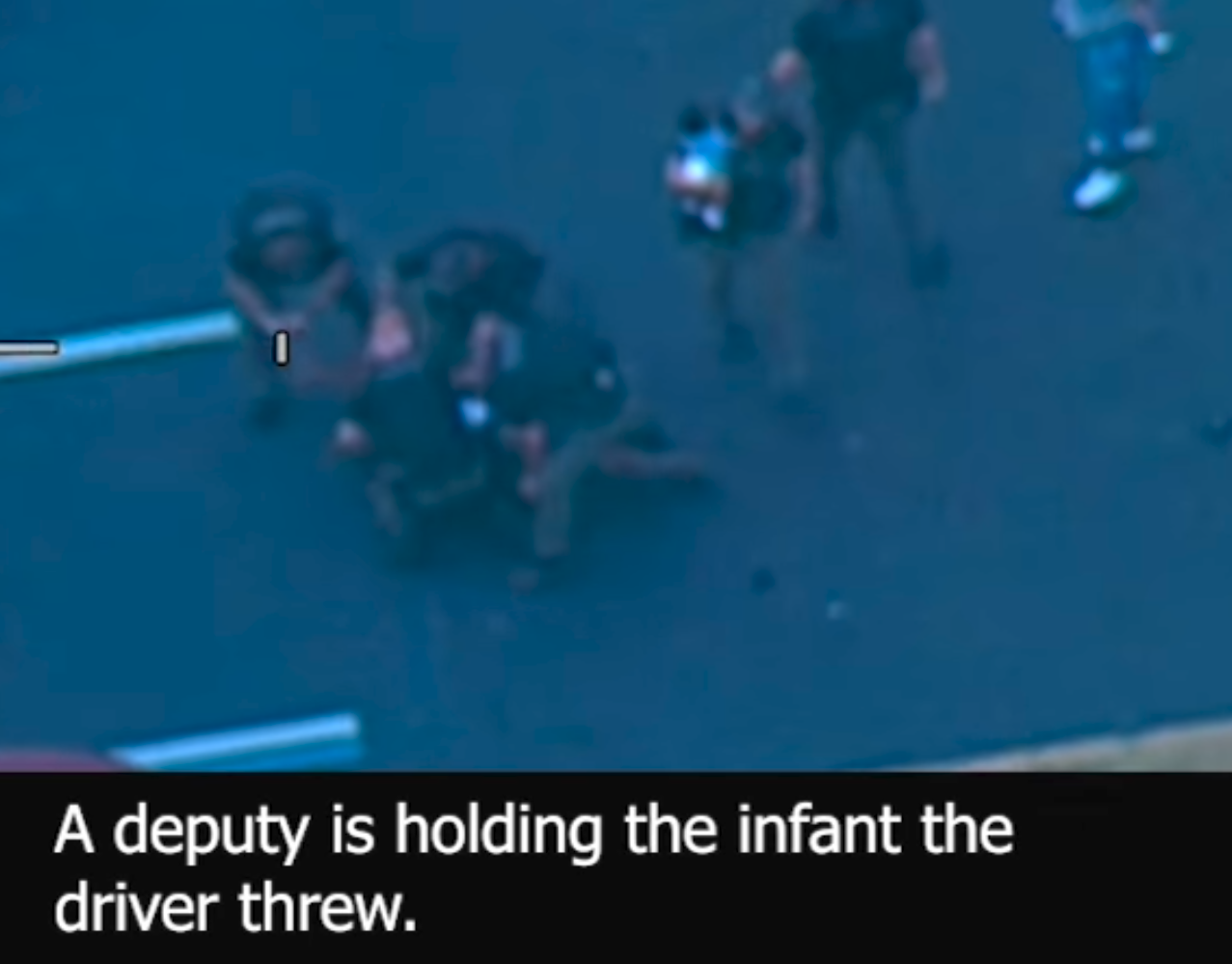 Grainy footage from the chopper shows officers chasing him through the parking lot.

Curby is then seen clutching the baby while an unidentified woman rushes over to check he is OK.

Cops struggle for several minutes to handcuff the driver and can be heard telling him to "stop fighting".

When he is finally put in a cop car he claims he "can't breathe" and has asthma.

But he continued to resist officers while being transferred into an ambulance, the Indian River County sheriff's office said.

James was taken to hospital after the chase on May 26, and released on June 1 after treatment for a pre-existing condition.

He was then charged with aggravated child abuse, reckless driving and assaulting emergency workers.

"You can’t throw a baby at us and expect us to treat you with kid gloves," Sheriff Eric Flowers said in a news release on Facebook.

James was held without bond. 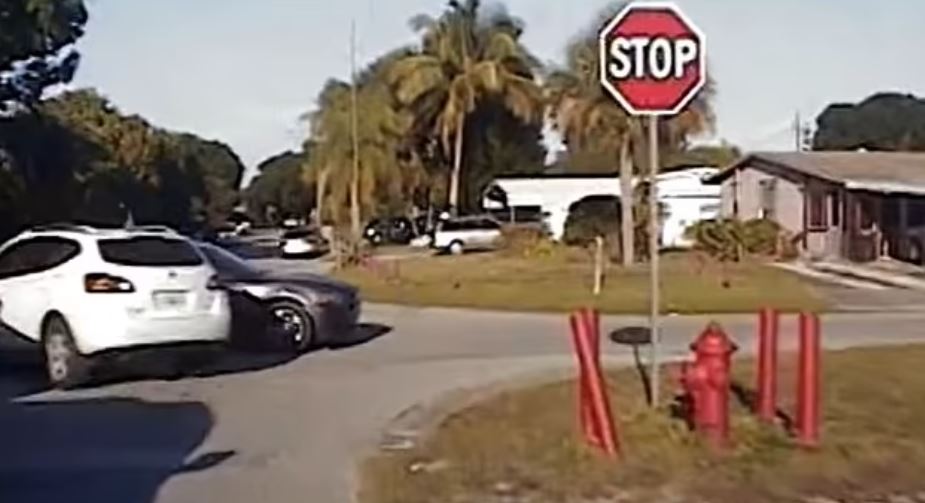 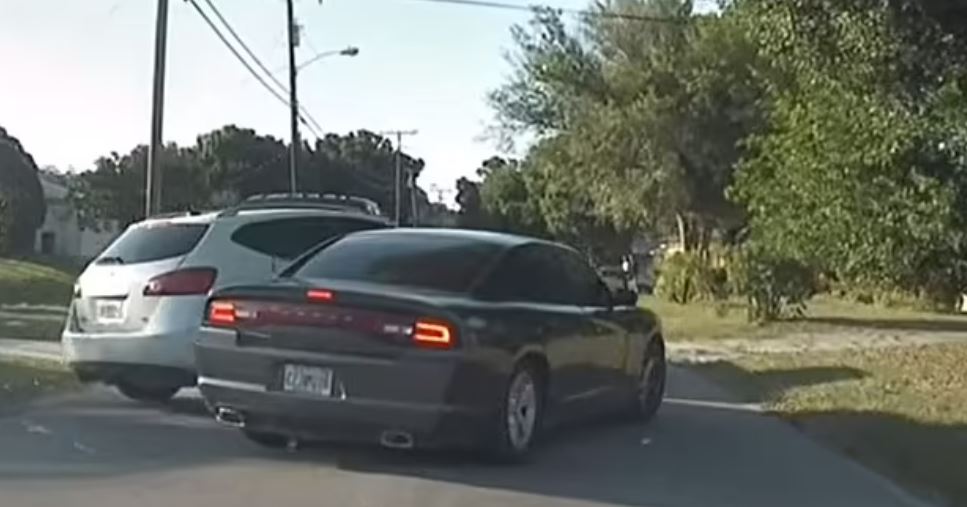