Horrific footage of dogs in agony after they were poisoned in a doomed attempt to stop the spread of coronavirus has emerged in Lebanon.

The video of poisoned dogs foaming at the mouth appeared on social media after a report on Lebanese TV claimed that cats and dogs could transmit the virus.

In fact, there is no evidence that pets can spread the virus to their owners, but animals have been found abandoned on the streets in the wake of the scare.

Abandoned dogs are already a problem in the country, activists say, with as many as 50,000 of the animals on the streets. 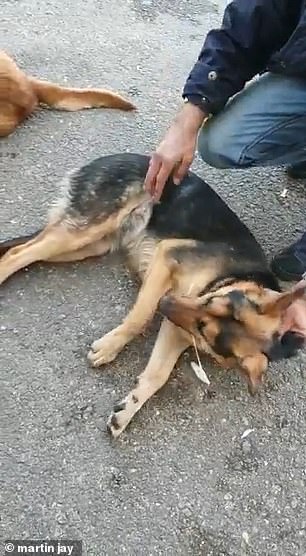 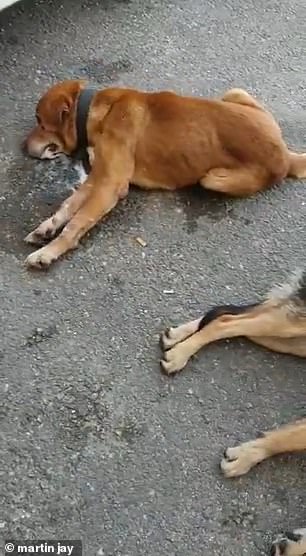 The two dogs in the video were allegedly poisoned by a woman living in the Bekka Valley, in a village called Mhaydseh, with a common pesticide called methomyl.

The Saturday night report on MTV has been removed from social media since activists and animal experts dismissed its claims as bogus.

‘MTV asked a doctor in Belgium about the cat who caught Covid-19 – not even a vet – who conveyed that pets can carry corona and contaminate people,’ animal rights activist Paola Rebeiz told MailOnline from her home in Beirut.

‘It led to murders and abandonments galore.

‘So far it looks just like people are doing this, but we are hearing that municipalities are also rounding up strays to kill them.’

Rebeiz’s campaign since the report on MTV, to raise awareness and to try and stop the poisoning, is also supported by controversial blogger Gino Raidy.

Raidy, who has a large Twitter following, says dog poisoning goes back before the MTV report but said the misleading claims were at the heart of the problem.

‘People are scared,’ he told MailOnline. ‘TV [networks] here are sloppy… even though people count on them.

‘Before, there were laws against animal cruelty, so if the cops would enforce them, then there would be no problem.

‘But now there is a fierce backlash on line here against those doing the poisoning, which started way before the MTV report, as there were cases in several areas… people seem convinced [the dogs] are vectors’.

The chief of MTV, Michel Murr, declined to respond to requests for a comment by MailOnline. 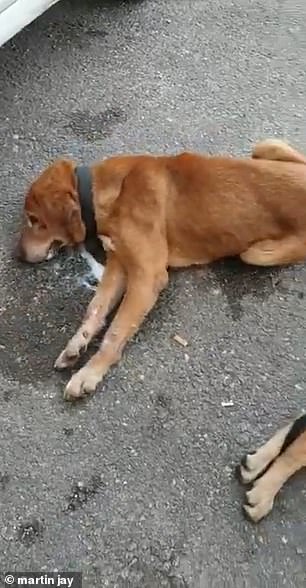 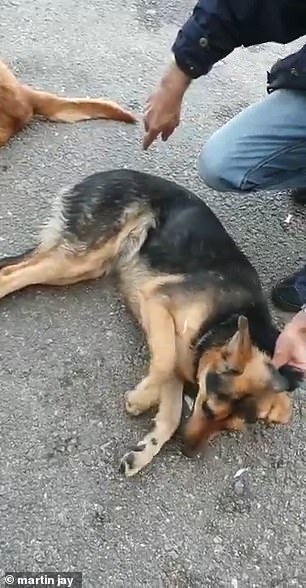 The two dogs in the video were allegedly poisoned by a woman living in the Bekka Valley, in a village called Mhaydseh, with a common pesticide called methomyl 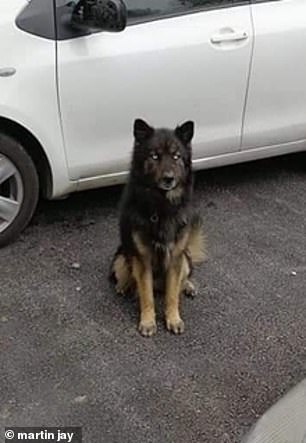 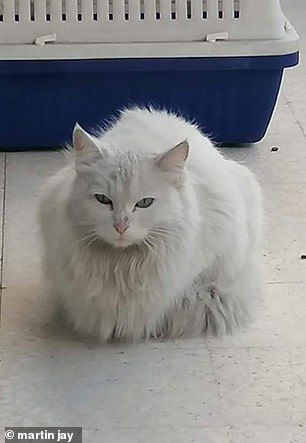 Dogs were found in the streets in Lebanon in recent days, while cats were also found abandoned after the TV report mentioned an infected feline in Belgium

‘I immediately thought about the number of pet abandonment and the amount of work we would face in the future after the MTV report went out.

‘Something we are never prepared for is the rise in numbers. The abandoned pets don’t stand a chance on the streets as they are not used to fending for themselves.’

There have been two reports of dogs being infected with coronavirus in Hong Kong, and one cat has been confirmed positive in Belgium.

But health officials say that the pets were infected by humans, and there is no evidence of this happening the other way round.

‘We do not have evidence that companion animals, including pets, can spread Covid-19,’ says the U.S. Centers for Disease Control and Prevention.

The government in Lebanon is now trying to calm matters, with health workers driving around an upmarket Beirut neighbourhood with a megaphone declaring that cats and dogs do not spread the virus.

However, it is feared that such measures are not being carried out around the country. 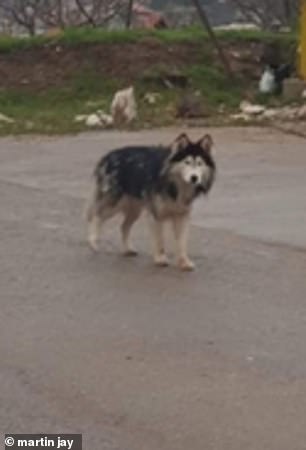 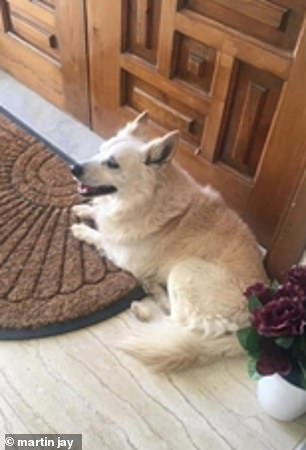 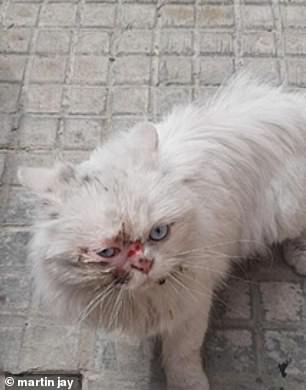 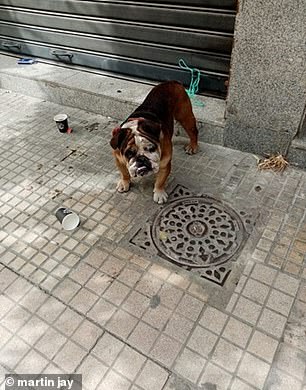 Cats and dogs such as these were found abandoned in recent days, even though health experts say there is no evidence of pets transmitting the virus to humans 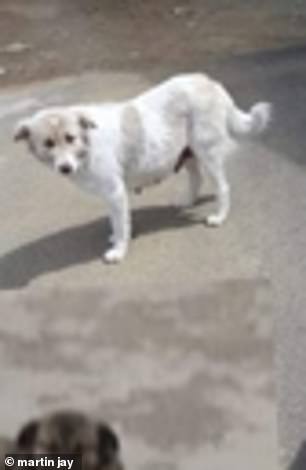 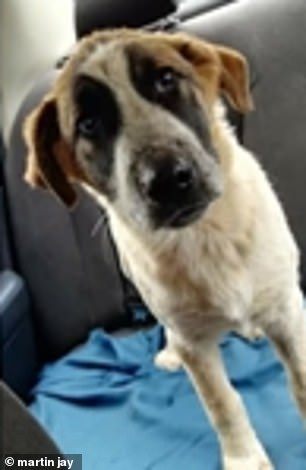 People in Lebanon shared pictures of animals they found abandoned in recent days, a problem which activists say was already widespread

‘Media has had a mixed approach to the issue, with some raising awareness about false news and others magnifying it out of ignorance. The media holds a big responsibility,’ he told MailOnline.

‘Animal protection laws do exist, but unfortunately they are not very specific about the definition of cruelty’ he explains.

‘As a dog owner, it is very sad to see such dependent and vulnerable creatures wondering the streets because of the ignorance of their owners about health hazards.

‘Those who decide to have pets should know the extent of the responsibility they are taking. My family and I adopted a puppy who was saved by a shelter home from such a situation and I encourage all like-minded to do the same.’

He added: ‘No doubt that in aid priority, cats and dogs will fall quite low on the international community support list.

‘Some families can no longer afford taking care of pets due to the economic situation. Pet food, vaccines and general upkeep are out of reach for many families.

‘Add to that the current coronavirus outbreak which made people who already have a predisposition to being worries about let health hazards to abandon them’.

Dogs in Lebanon were already being dumped as unwanted pets, not helped by protests which erupted last year and have strangled the economy. 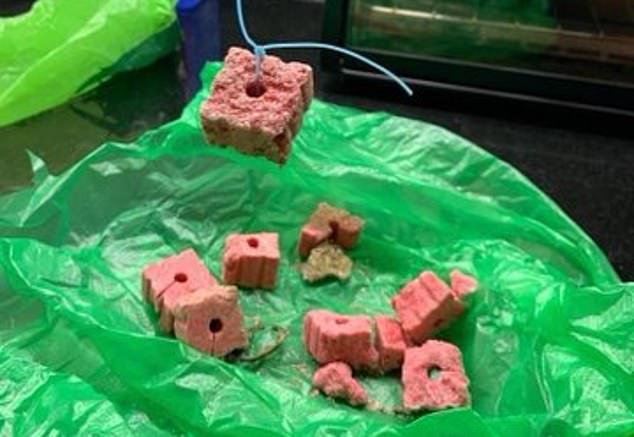 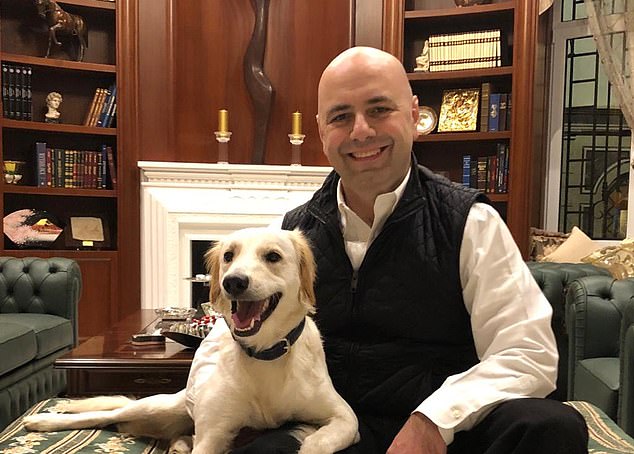 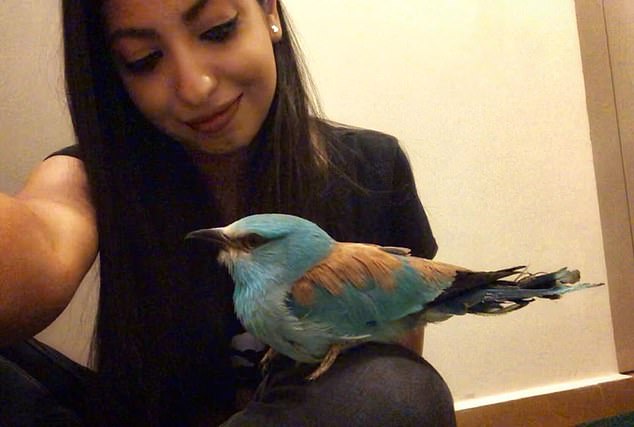 Alexandra Youssef (pictured), a volunteer at Animals Lebanon, said the country is in the midst of an economic meltdown which has fuelled a new wave of pet dumping

BETA activist Fakhoury added: ‘With the crisis of recent months, we’ve seen a decline of donations, so we’re appealing to the international community for help.

‘It’s been quite hard seeing as we’re being kicked out of our old shelter. It’s also hard for us to draw cash from the bank due to the restrictions so we need ‘fresh money’.

Stories of dogs being shot in the face by owners bored of them are common and a video of a man kicking a cat 30ft high in the air went viral in 2017.

Animal rights organisations regularly find dogs chained to balconies and exotic pets starving and suffering after they were bought on the black market.

Past discoveries have included lions kept in playboy apartments and illegal puppy mills where owners have left the dogs to starve when they were tipped off about a raid.

Some new laws have been passed targeting illegal pet shops and those who kept animals illegally.

But pet dumping has rocketed since the October 17 protests which have led banks to freeze accounts, activists say.

Lebanon now is in the midst of an economic meltdown, which has fuelled a new wave of pet dumping, explains activist Alexandra Youssef, a volunteer at Animals Lebanon who rescues birds.

‘Sadly, people can’t afford taking care of their pets anymore as all animal food suppliers doubled their prices since December and banks are holding peoples money’ she says.

‘Corona might have increased this by 10 per cent since people got health scares’.

Jason Muir of Animals Lebanon recalled  in an in interview with Annahar how people leaving the country would call and say ‘come and take care of my dogs and cats otherwise I’m going to throw them on the street’.

‘There are other people who have a barking dog, so they lock the dog to a balcony and then go and visit it each day,’ he said.

‘People often buy a dog but they don’t want any of the problems associated with keeping it so they tie it up and just go and visit it.’