A Greek Orthodox priest decried Pope Francis as “a heretic” during a visit to Athens on Saturday.

The pope arrived in Greece for a three-day visit that many Greek Catholics hoped would help bring the Eastern and Western churches closer together. 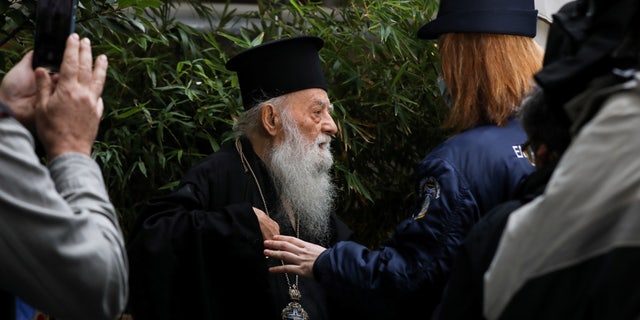 An Orthodox priest protests ahead of the arrival of Pope Francis, outside the Orthodox Archbishopric of Greece, in Athens, Greece, December 4, 2021. REUTERS/Louiza Vradi

But the orthodox priest, dressed all in black, shouted in Greek “Pope, you are a heretic” three times as the pope passed a building. Police led the priest away, but he fell to the ground during the incident, Reuters reported.

Witnesses said he shouted loud enough for the pope to hear the commotion, but the Pope appeared not to notice as he entered the residence of Archbishop Ieronymos. 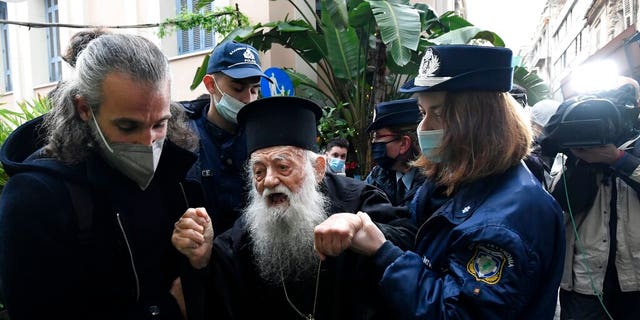 Police hold a protesting Orthodox Priest during the visit of Pope Francis at the Archbishopric of Greece in Athens, Saturday, Dec. 4, 2021. Pope Francis warned Saturday that the "easy answers" of populism and authoritarianism threaten democracy in Europe and called for fresh dedication to promoting the common good. (AP Photo/Michael Varaklas)

The pope also met small protests when he visited the island of Cyprus before moving on to Greece.

The pope and archbishop appeared more in-sync during their discussions as both leaders called for cooperation between all Christians to protect the environment and care for migrants. 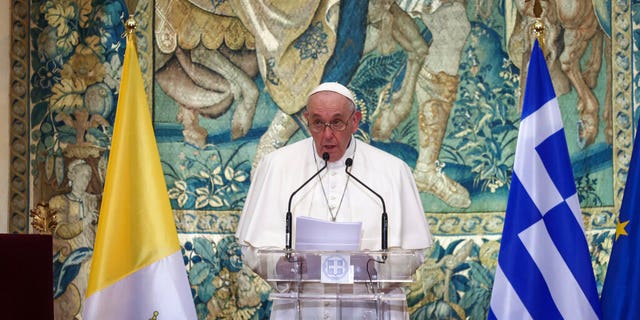 Pope Francis delivers his speech during a meeting with authorities, at the Presidential Palace, in Athens, Saturday, Dec. 4, 2021. Pope Francis arrived to Greece Saturday for the second leg of his trip to the region with meetings in Athens aimed at bolstering recently-mended ties between the Vatican and Orthodox churches. (AP Photo/Yorgos Karahalis, Pool)

“If the world community, the leaders of powerful states, and international organizations do not take bold decisions, the ever-threatening presence of vulnerable refugee women and children will continue to grow globally,” Ieronymos said. “Together we must shake the rocks and the walls against the intransigence of the powerful of the Earth.”

The Great Schism in 1054 split the Christian church into the Roman Catholic and Eastern Orthodox churches.

Pope John Paul II made the first papal visit to Greece 20 years ago, using the opportunity to apologize for sins “by action or omission” committed by Catholics against Orthodox over the centuries.

Francis echoed his predecessor’s remarks during his visit.