THE five young children found dead inside their home on Sunday while their parents were at work have been identified.

Their mother found the bodies when she returned to the residence, located in Cartersville, Georgia. 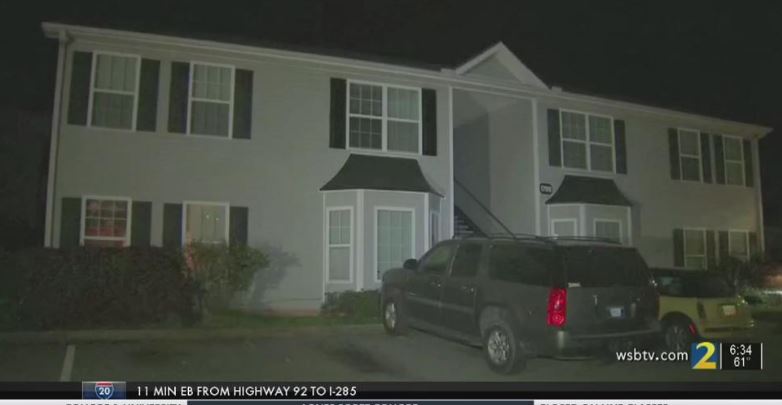 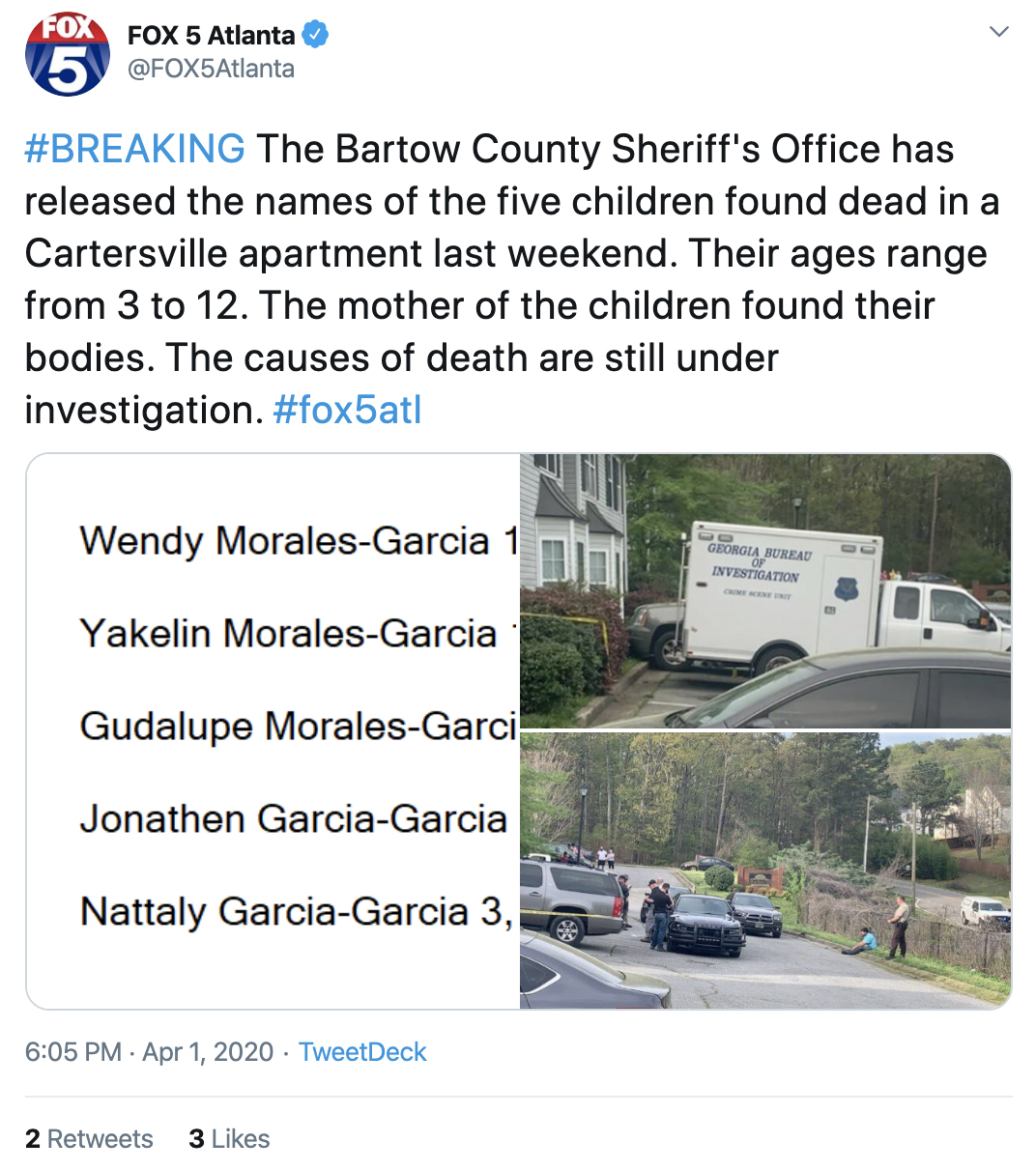 Investigators have not released a cause of death, but neighbor Issac Long said the youngsters died from carbon monoxide poisoning.

He told Fox5: “When I went down the hill I saw yellow tape and they were bringing bodies out of the house in bags.

“We later found out it was carbon monoxide poisoning. 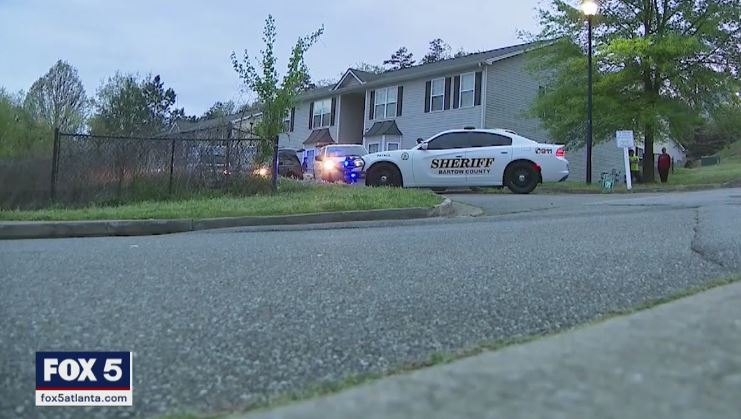 “We were told the parents were both at work and came home to find that.”

Bartow County Coroner Joel Guyton told the Daily Tribune that autopsy results would not be available for at least four months.

He said it is unknown how long the bodies had been lying in the home before they were found at 4.30pm local time on Sunday.

The coroner said that, at this time, foul play was not suspected.

Police spokesman Jonathan White said he could not confirm whether the deceased had died as a result of suicide or were killed in a homicide.

He said: “It’s ongoing, and I can’t confirm or deny any of those speculations.

“That’s another detail we’re not releasing at this point, just because of the type of investigation, it being active."