A man died on his 56th birthday with 90 per cent burns after being caught up in a gas explosion that destroyed a family home in West Yorkshire.

Munir Hussain had gone to the home of relatives stranded in Pakistan because of coronavirus travel restrictions after neighbours smelled gas.

A huge explosion ripped through the house, in Ravensthorpe, near Dewsbury, destroying the front wall to expose bedrooms and ground floor rooms and sending masonry flying. 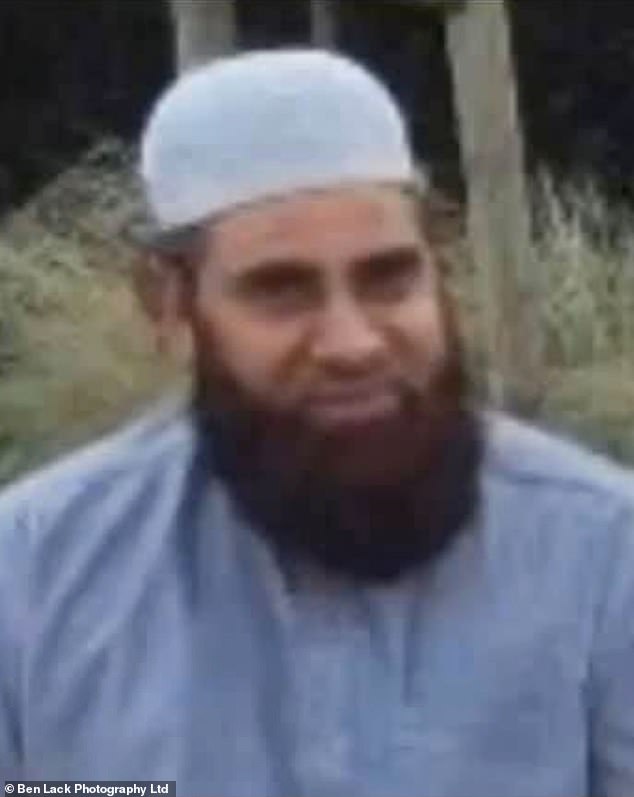 Munir Hussain, 56, died in a gas explosion while checking on a relatives’ house in Dewsbury 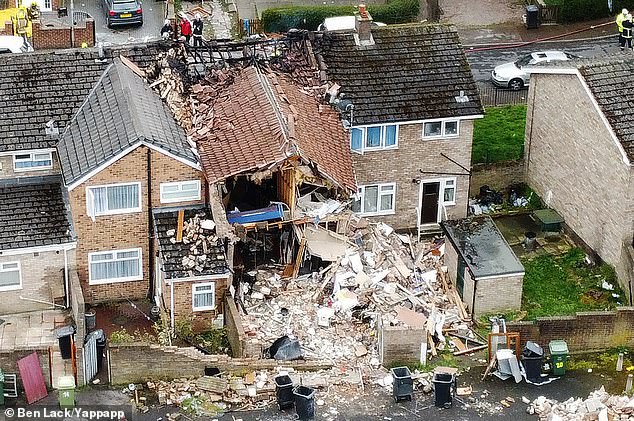 A huge ‘gas’ explosion in Ravensthorpe near Dewsbury left the interior of the house, above, completely gutted and exposed at the front and debris strewn across the lawn 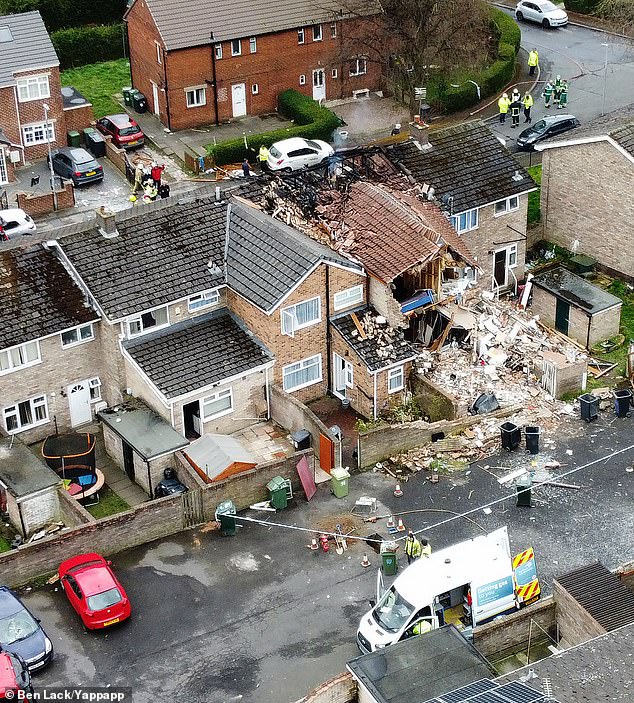 Police and firefighters were called to the home in Ravensthorpe, near Dewsbury, as a blast tore through the home, killing a 56-year-old relative of the home owners 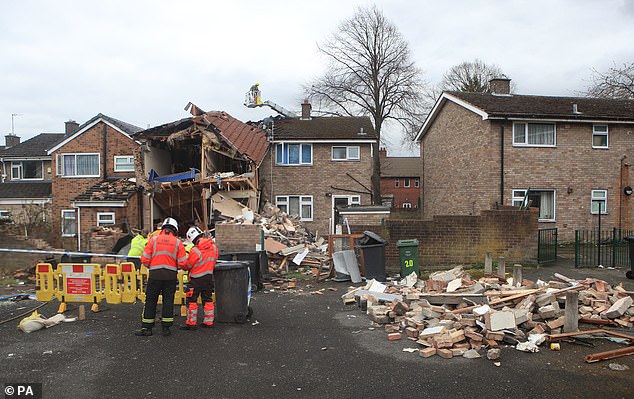 Firefighters seen attending the scene, following the massive blaze. Munir Hussain had gone to check on his relatives’ property after neighbours smelled gas 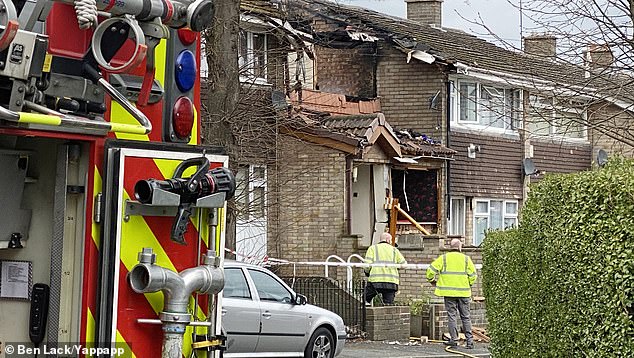 Police and firefighters attend the scene. Mr Hussain was checking on the property for relatives stranded in Pakistan because of coronavirus travel restrictions 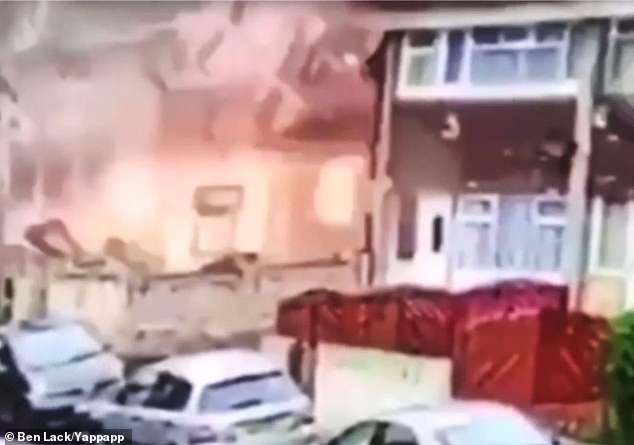 Mr Hussain was taken to the Special Burns Unit at Pinderfields Hospital in Wakefield following the explosion with 90 per cent burns but died at 1.30am on Wednesday morning. It was his 56th birthday.

Another male was injured by flying masonry as the explosion ripped away the front wall of the brick terraced house. Flames and smoke billowed from the house.

Eyewitnesses said the explosion made a ‘booming sound’ and ‘shook the whole street’.

One resident, who lives on a nearby street, told Yorkshire Live: ‘My dad came running downstairs and we ran out of the house because we thought it was unsafe.

‘It was a huge booming sound and the whole street was shaking.’

Another said: ‘It shook the whole street, I haven’t felt anything like it.’ 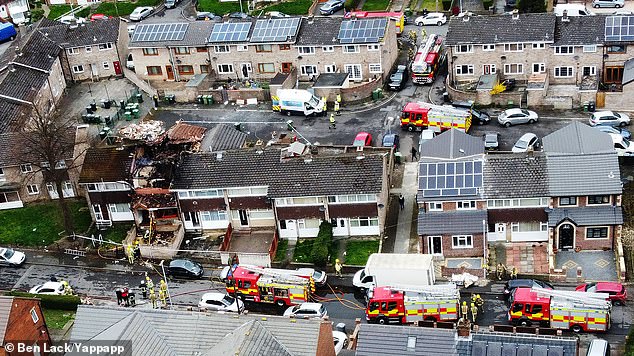 A West Yorkshire Fire and Rescue spokesperson said: ‘We were called at 11.37 to reports of an explosion at a property on Crescent Walk.

‘We have crews at the scene from Cleckheaton, Mirfield, Dewsbury, Rastrick, Ossett and Morley plus the aerial appliance from Wakefield.’

West Yorkshire Police said: ‘Another male who suffered a head injury after being struck by debris was treated at the scene He was later taken to hospital for further treatment to the injury which is not life threatening.’ 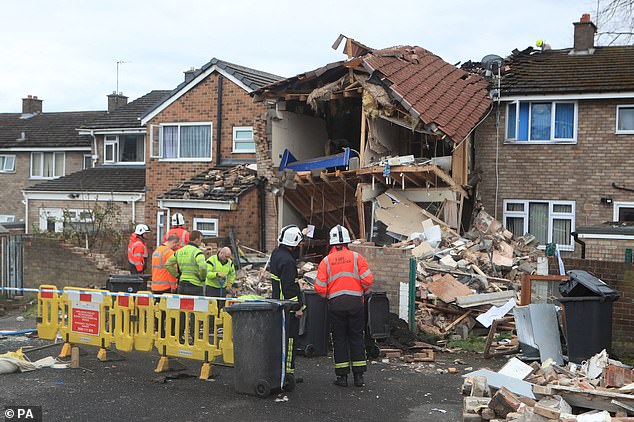 Tags: 5, blast, dies, Gas, His, on, victim:
You may also like
Recent Posts